Wrestlecircus is coming up on its one year anniversary and to celebrate they are presenting the first ever CIRCUSMANIA. While Wrestlecircus is not very story driven, the show is still a culmination of the last 12 months of matches, action, promos, tweets, and adventure.

It all takes place Saturday, October 21, 2017 and will be free for all on Twitch. It’ll be coming LIVE from South Austin Gym (a last minute venue change needed because of the circumstance called other people) in Austin, Texas at 6 Central/7 Eastern.

Let’s take a look at the card more closely as it stands booked at this moment.

After MJF’s shenanigans at his last Wrestlecircus appearance against now NXT star Lio Rush, not to mention MJF’s annoying and nefarious tactics around the the circuit especially in CZW you’d think the human tank that is Mr. Athletic and one half of the current IWGP Tag Champ The American Psycho will team up to deliver punishment before going head to head. Yet one must always remember, MJF is a dastardly and cunning and the big powerhouses best be ware of this and that MJF is a very technically trained wrestler as well.

All four of these folks are at the top of their game and in their prime. Will the love that John and Taya overpower the friendship and long established tag team knowledge of Joey and Candice? What is stronger? Love or Bonds? And will anyone touch Joey’s dick? (Someone will touch Joey’s dick).

The BEST vs The Best Ever
Scorpio Sky /w Kevin Condron vs. Sammy Guevera

Both these men have skyrocketed through WrestleCircus this year while also making their names HUGE everywhere else. This really is a nitty gritty. Both men can claim to be the face of WC, both call themselves The Best. The x-factor of course then is the Vape Muta, Kevin Condron. Will he blow smoke up the panda? Can Sammy overcome unbeatable odds to secure his throne? 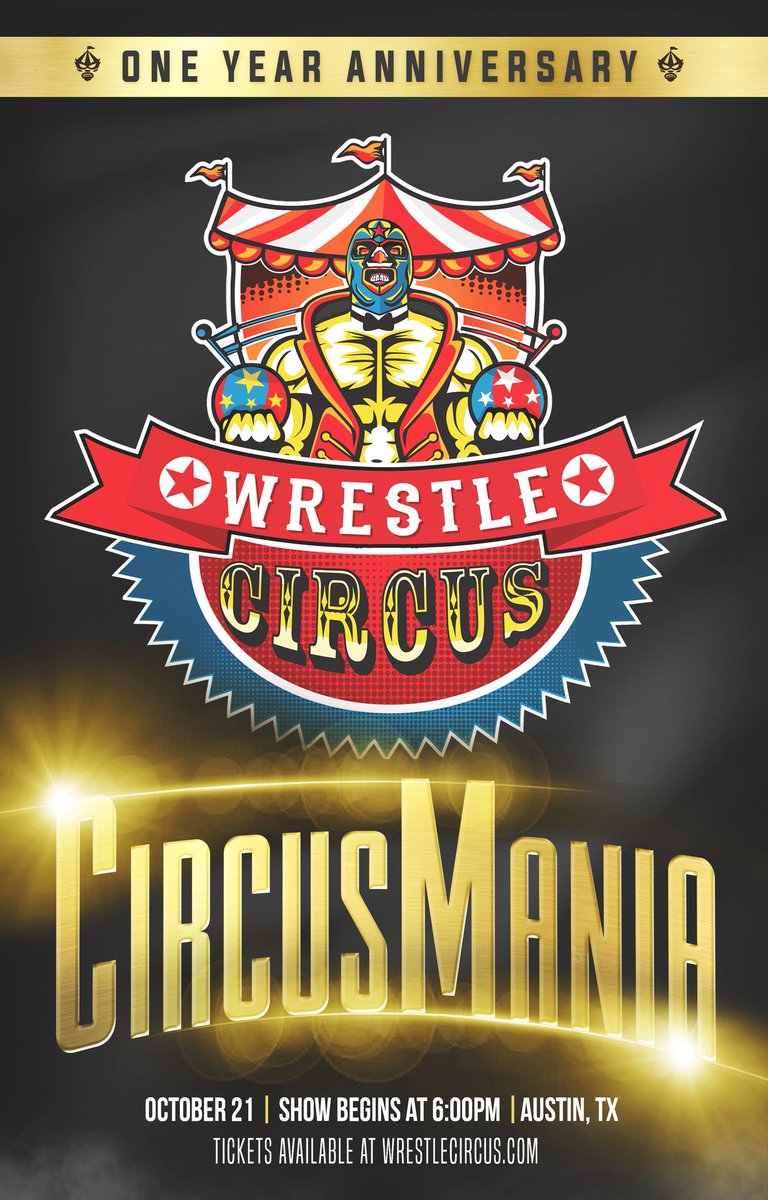 We all thought this was over when Jervis’ team defeated Austin’s team The Cody Rhodes Summer Special and then Austin was summarily dumped on his butt by the ref when he tried interferring in the main event. Unfortunately we were wrong because Austin and some students attacked Jervis at Texas Vs. The World and challenges him to 5 on 5 elimination. The members for either team have yet to be named, but supposition would suggest that Jervis would recruit his best friend Thunderfrog, as well as Space Monkey, and possibly Dick Justice who rescued Jervis from the attack, as well as his long time partner Hobo. Quite possibly Jervis will once again not be on the team as one would expect Austin won’t be on his and may recruit Brody King. On Austin’s side one can only assume “All Ego” Ethan Page will be called upon to help, but who else is friends with Austin other than AAPW students? I guess we’ll just have to see.

UPDATE: The teams for this match have been almost all been named at this time.

On Jervis’ team it is Jervis, and as predicted Dick Justice, and a returning Christi Jaymes (who has been a former tag partner of Jervis’ in  WrestleCircus).  While Former Ref Austin has signed up “Unholy” Gregory James (making his long awaited return to WC after a showing at SXSW), “Dirty” Andy Dalton and the debuting from jolly ol England, Rockstar Spud. Although will this be Spud who once fought Jervis in CHIKARA, violent Spud of recent years, or “Holy” Spud, a rookie of only a few months who has been tricked by Austin?

UPDATE 2 (after the event): The final members of the teams were Leva Bates & Super Thunderfrog for Jervis. Austin recruited JC Res to finalize his 4 partners.

Revenge For The Pipebomb of the Year
Jordan Len-X vs. Sami Callihan

Back at Squared Ring Circus in July, Sami Callihan dropped a promo that attacked WrestleCircus as a whole, but most especially Jordan Len-X. Sami insinuated the only reason Jordan had ever won the PW Revovler Scrammble title was because he was owner Al Lenhart’s brother. On that night Strickland, the champ defended WC’s honor but neither Jordan or Leva Bates who was also victim to Sami’s callousness have got to respond. This will be Cruiser Kong’s chance to show Death Machine he earned that title, he’s earned everything through hardwork. No handouts. Jordan did this on his own and win or lose he’ll prove it to Sami.

Dave Crist was originally scheduled to team with brother Jake to challenge for the tag titles. Unfortunately Jake has suffered an injury that’ll put him out of action for awhile. Not wanting to punish Dave, he takes his stablemate Dezmond’s place in challenging Tessa Blanchard who is a true diamond proving she can go head to head and toe to toe with anyone in the business.

In their first ever defense since last month coming back in a surprise to become the new Big Toppers Ex-Tra Talented have to prepare for one of the best tag teams out there that are very similar to them as well. As stated previously originally the opponents were The Crists, but with Jake out of commission we get a reunion of their fellow stablenates. Dezmond over the last couple months has been making a name for himself as well as have Wentz in singles. Both have improved greatly, so circumstance of injury bringing them back together to challenge promises an amazing match against WrestleCircus’ best tag team.

Former Wrestlecircus champion has not had his rematch since losing the title when Stickland cashed in the title shot at any time opportunity the same night he won it in the match between Sammy Guevera and Cage. Two of the toughest most athletic men in all of Wrestlecircus, who also can claim to reprsent the spirit that is Wrestlecircus go head to head over the title that signifies being the head of the circus itself. Who will leave Mania as The Master?

ALSO
Leva Bates will be in attendance. Doing some kind of wrestling cosplay one can assume. She always adds something to the circus and has been missed since her last appearance where she promised she would destroy Sami Callihan for his actions against her and the Circus.

This is a not to be missed show. Hope I’ll see you there be it in person or online (although I’ll be online).

Once again that’s Saturday, October 21, at 6 central/7 eastern… live and free on
twitch.tv/wrestlecircus