This took me a long time to write as I tried to consolidate my thoughts on various films coming out and what information, trailers, websites had provided in a way to actually at minimum really interest me. There are a lot of films not listed that still excite me coming soon such as TOTAL RECALL, PARANORMAN, THE MASTER, ARGO, WRECK IT RALPH, RISE OF THE GUARDIANS, GREAT GATSBY, JACK REACHER, and LES MISERABLES among others. So here’s others and why I might want to see them. 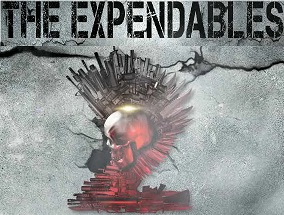 The Expendables 2: The first Expendables was lacking a bit in the end. It was fun and action packed, but a lot of it was too little, too late. I get a bit of a feeling that the character development here will also be lackluster, but we are guaranteed a few things. Tons of awesome action from Chuck Norris, a Stallone vs. Van Damme fight and Arnold Schwarzenegger quipping with Bruce Willis. The trailer showed very little of Crews or Couture so I’m going out on a limb and guessing that Helmsworth and Yu replace them early in the film. That’s just a guess though. There’s lots of explosions, fights and whatever, so hey, it has that.

Robot and Frank: This is the first full length feature for director Paul Schreier and screenwriter Christopher Ford, but not their first work. Previously Ford worked on the puppet cop comedy Fuzz and Paul has made some great commercials. For this near future story in which a retired crook teams with a robot meant to just get him out a slump they’ve been able to garner quite some major talent. Frank Langella is the Frank in the title and his possible girlfriend is Susan Sarandon. It’s hard to believe Sarandon is old enough to play a potential mate to Frank Langella, because she still looks fabulous. Liv Tyler and James Marsden are Frank’s children and Jeremy Sisto is the cop who suspects Frank is back to his old tricks. It all looks really fun and sweet.

Killer Joe : This will be the second time playwright Tracy Letts will have teamed with director William Friedkin to bring one one of his emotionally charged, extremely powerful productions to the “silver” screen and with it everything is amped up. As his last film was an adaptation of a confined room thriller, this is a large scope epic twist after twist crime drama. On top of having a disturbed Matthew McCouhney who has truly come into his own as a talent, the film also stars the amazingly sexy and talented Juno Temple, whom I have the hugest celebrity crush on.

The Campaign: Two completely unlikeable characters played by guys who know how to really nail that “fuck I hate that guy” in Will Ferrell and Zach Galifaniakis. The trailer is full of vitriol and bad humor, but I’m hoping that since it’s a Jay Roach film and a Chris Henchy script there’s way more than meets the eye. I just finally saw “The Big Year” which on paper sounded excellent, then trailers made it look so horrendous I avoided it like the plague and then I finally saw it and discovered that the it was one of the worst editing jobs on a film in forever. So yeah, this actually might have promise. Zach is playing a super flamboyant guy who might not know he’s gay and Will is doing his best Mitt Romney. 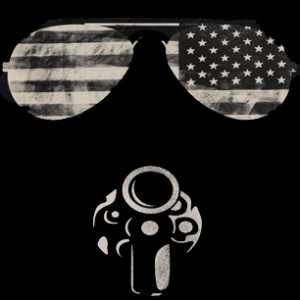 KILLING THEM SOFTLY: Andrew Dominik tackled another very difficult book to translate to screen, teaming up once again with Brad Pitt to bring Cogan’s Trade byGeorge V. Higgins to life. The last film based on a Higgin’s film is the modern classic Friends of Eddie Coyle, so with the track record of that and Dominik’s track record of CHOPPER and the very slow, but mesmerizing Assassination of Jesses James By The Coward Robert Ford. Pitt is joined by crime veterans Ray Liotta, James Galdofini, and Sam Shepard. I’m not too keen on the title change and like Gangster Squad and even Lawless these movies that grandioize crime and guns might get these films pushed back or who knows.

LAWLESS: This could be the secret best film of 2012, directed by John Hillcoat, who has proved his ability of making amazing modern westerns with The Proposition and The Road worked from an adaptation by muisician/poet/novelist Nick Cave of the “based on a true story” novel by Matt Bondurant, the ancestor of the characters in this film. It has a questionable lead in Shia Lebeouf, but with Tom Hardy, Gary Oldman and Guy Pearce as costars it should be a strong period piece about moonshine, guns and gang warfare.

GANGSTER SQUAD: With L.A. Confidential, the video game L.A. Noire, the upcoming TV show L.A. Noir, the more recent Public Enemies and plenty more, films about the Mafia in L.A. Might seem old hat. What makes Gangster Squad different then? Well, for one Director Ruben Fleischer. After Zombieland and 30 Minutes or Less it’ll very interesting what he does with a script from a TV writer based off a seven part L.A. Times series of articles built in truth and fiction. The other major thing will be the first actor in over 20 years to tackle a major figure like Mickey Cohen will be an actor practically born for the role in Sean Penn.

Soldiers of Fortune: While the director is a complete unknown and it seemed to take three unproven screenwriters to develop this, the cast and plot sell it strong. The trailer shows it to have plenty of action, a good assortment of interesting characters who might be one dimensional, but rounded enough to know who they are when they’re shooting and being shot at. I don’t expect much from it, but one doesn’t ever expect much from self appointed action films. They’re action films, they know what they are and shouldn’t be criticized unless they have no good characters. That is the most important thing. Good characters and no plot holes (such as they mention no one has a gun and five scenes later they all have guns but there’s no scene where they finally find guns).

Anna Karenina: In what will be in my accounting, only the fourth and in by some merits only the third full scale adaptation of the Leo Tolstoy classic, in terms of current standards to the past, the most talented pairing and cast (well, no one can beat Garbo, but still), director Joe Wright uses a brand new adaptation by one of the best playwrights and screenwriters of the last 45+ years Tom Stoppard. With Jude Law and Aaron Thompson in the meaty roles there’s strength, so that even if Keira Knightly falters, her beauty and the talent around her will keep her up. I haven’t had issue with Keira personally, but I know people do, so I played Devil’s Advocate here. 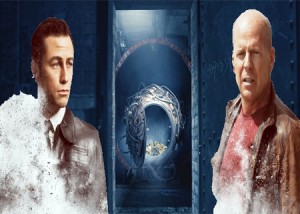 LOOPER: I’m not completely sold on Joseph Gordon-Leavitt being Bruce Willis or Bruce Willis being Joseph Gordon Leavitt but espite that, the third original feature from Rian Johnson looks amazingly cool. After BRICK and THE BLOOM BROTHERS he is definitely becoming one of those type of directors who makes films you just feel like you need to see. He’s also not keeping it simple in terms of choices as a director. While all three films are centered around crime, they’re so different it’s even more interesting what he might do after LOOPER. LOOPER also might have the best chance of having an interesting novelization done for it by someone like Tim Lebbon, Terry Bison or Alan Dean Foster. Especially since this is the rare original scripted film here.

The Perks of Being a Wallflower: After 10 years since it was published and its author experiencing the trials and tribulations of creating a TV show, having it canceled, saved and canceled again and even get a third season in comics, the highly touted and best selling book has been adapted from a screenplay by the author who also directed. This film has the major factor of being Emma Watson’s first major starring post Potter role and if the trailer is indication, she will be a force for years to come.

PITCH PERFECT: This might seem like a stupid comedy with singing, but I have a feeling it will actually be much more intelligent. Much like MEAN GIRLS seemed like it’d be lame then you realized that Tina Fey wrote it and boom it was awesome, this film is written by Tina’s best friend and a top writer on 30 Rock, Kay Cannon. She did base it on a real story, merging elements from college acapella competitions detailed in a book with the same name. On top of the writer though the director is Broadway’s Jason Moore, who has directed Avenue Q, Shrek and even Les Miserables. Then you have the cast who are actually talented actresses and singers Brittany Snow and Anna Kendrick are the main leads, but filling out on singing is worldwide pop music phenom Ester Dean and the Australia’s funny fat girl Rebel Wilson handles the stupid comedy.

(An interesting aside, Mean Girls was also based off a non-fiction book and merged concepts and elements from it to create the comedy)