Your First Look at WILLOW #1 From BOOM! Studios 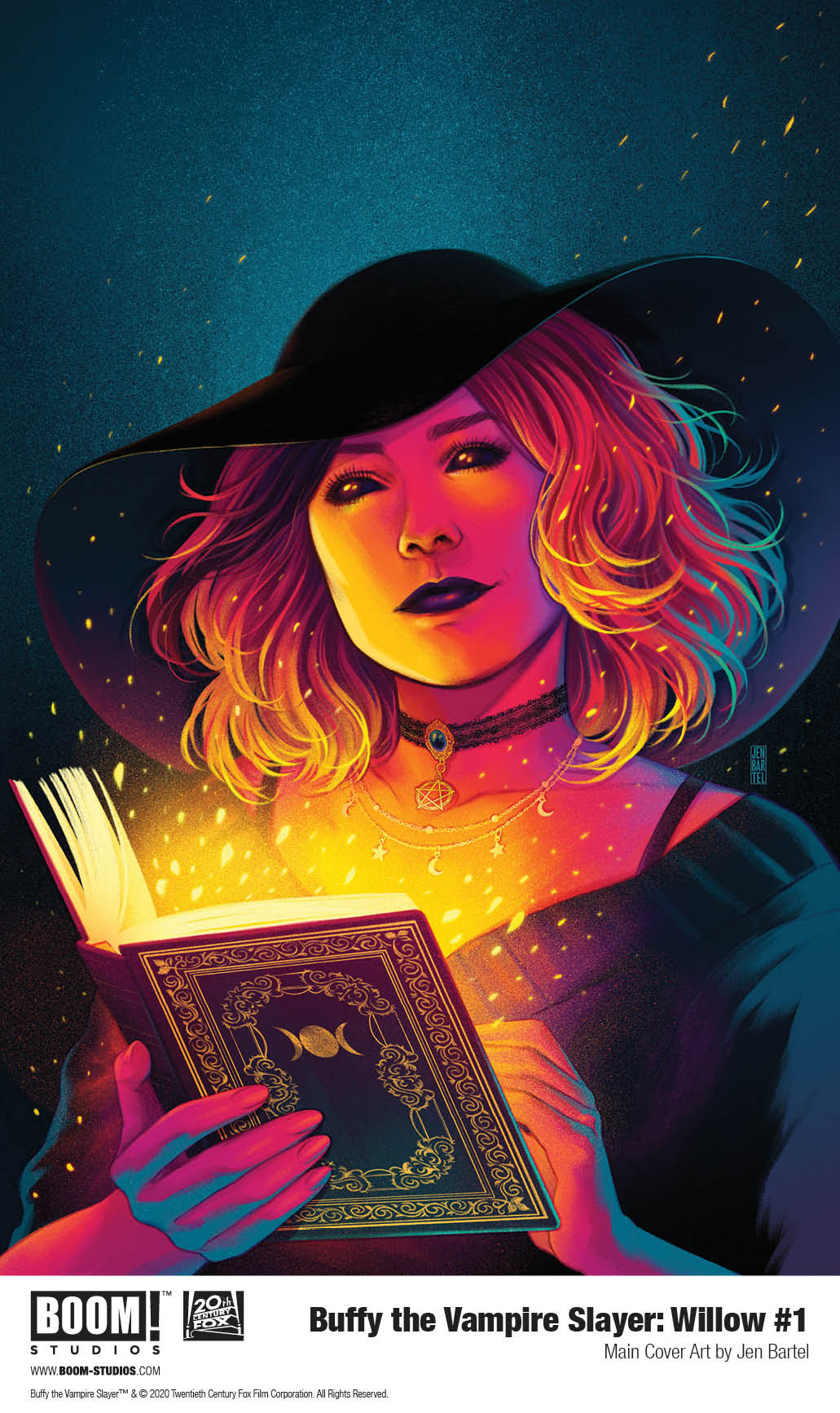 LOS ANGELES, CA (June 25, 2020) – BOOM! Studios, in collaboration with 20th Century Studios, is proud to reveal a first look at BUFFY THE VAMPIRE SLAYER: WILLOW #1, The premiere issue of a brand new five-issue  limited series, from award-winning writer Mariko Tamaki (Laura Dean Keeps Breaking Up With Me, Harley Quinn: Breaking Glass), acclaimed artist Natacha Bustos (Moon Girl and Devil Dinosaur), colorist Eleonora Bruni, and letterer Jodi Wyne, that brings Willow face to face with the truth of her past…and plants the seeds for a future no one could’ve predicted.

After everything—and everyone—she lost to the Hellmouth, Willow is leaving Sunnydale on a world-spanning road trip in search of her true self. She stumbles on a community of people like her: lost witches looking for answers…but there’s a darkness at the heart of it, one that reminds Willow of something she’s felt before, something that she fears inside herself.

Now, truly alone for the first time in her life, Willow must rely only on her instincts—and her magic—to save herself from a threat Buffy never prepared her to face…or the rest of the world will pay the price.

Buffy the Vampire Slayer premiered on March 10th, 1997. The Emmy and Golden Globe-nominated series, which ran for seven seasons from 1997-2003. Chosen to battle vampires, demons and other forces of darkness, Buffy is aided by a Watcher who guides and teaches her as she surrounds herself with a circle of friends called the Scooby Gang.

BUFFY THE VAMPIRE SLAYER: WILLOW is the newest release from BOOM! Studios’ eponymous imprint, home to critically acclaimed original series, including Once & Future by Kieron Gillen and Dan Mora; Faithless by Brian Azzarello and Maria Llovet; Abbott by Saladin Ahmed and Sami Kivelä; Bury the Lede by Gaby Dunn and Claire Roe; Klaus by Grant Morrison and Dan Mora; Something is Killing the Children by James Tynion IV and Werther Dell’Edera; The Red Mother by Jeremy Haun and Danny Luckert; and the upcoming Alienated by Simon Spurrier and Chris Wildgoose and King of Nowhere by W. Maxwell Prince and Danny Luckert. The imprint also publishes popular licensed properties including Joss Whedon’s Firefly from Greg Pak and Dan McDaid; Buffy the Vampire Slayer from Jordie Bellaire and David López; Angel from Bryan Edward Hill and Gleb Melnikov, and Mighty Morphin Power Rangers from Ryan Parrott and Daniele Di Nicuolo.

Print copies of BUFFY THE VAMPIRE SLAYER: WILLOW #1 will be available for sale on July 8, 2020 exclusively at local comic book shops (use comicshoplocator.com to find the nearest one) or at the BOOM! Studios webstore. Digital copies can be purchased from content providers, including comiXology, iBooks, Google Play, and Madefire. 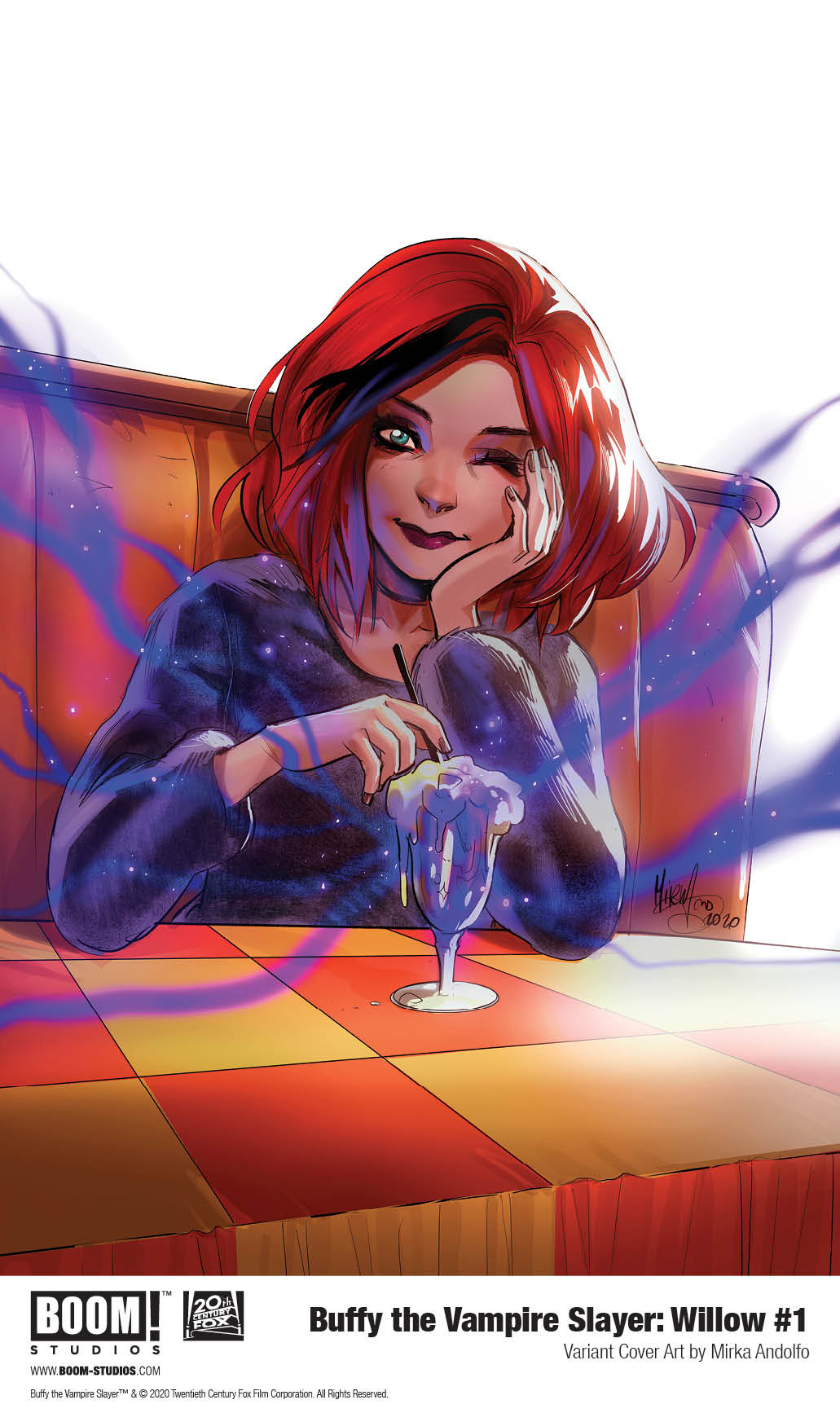 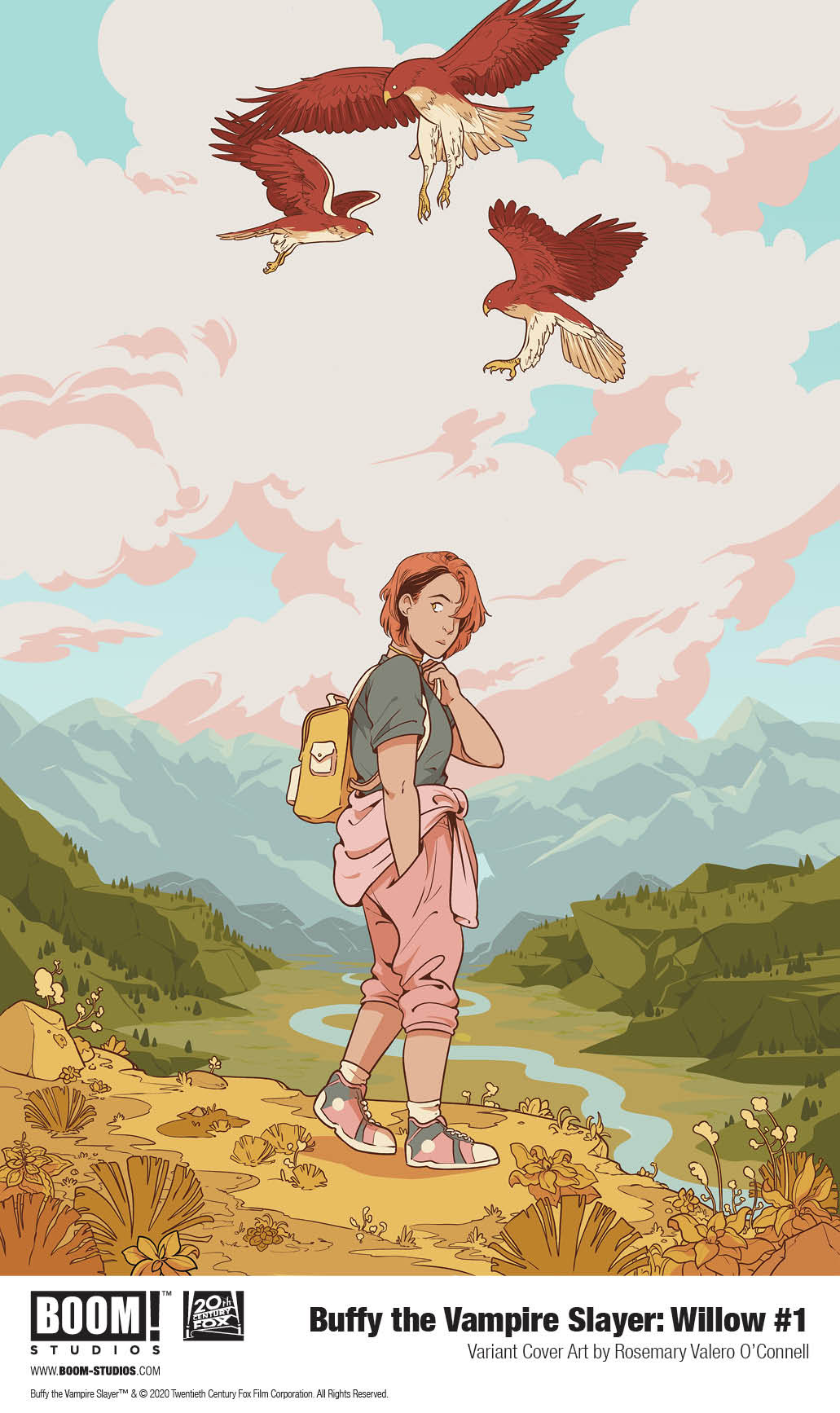 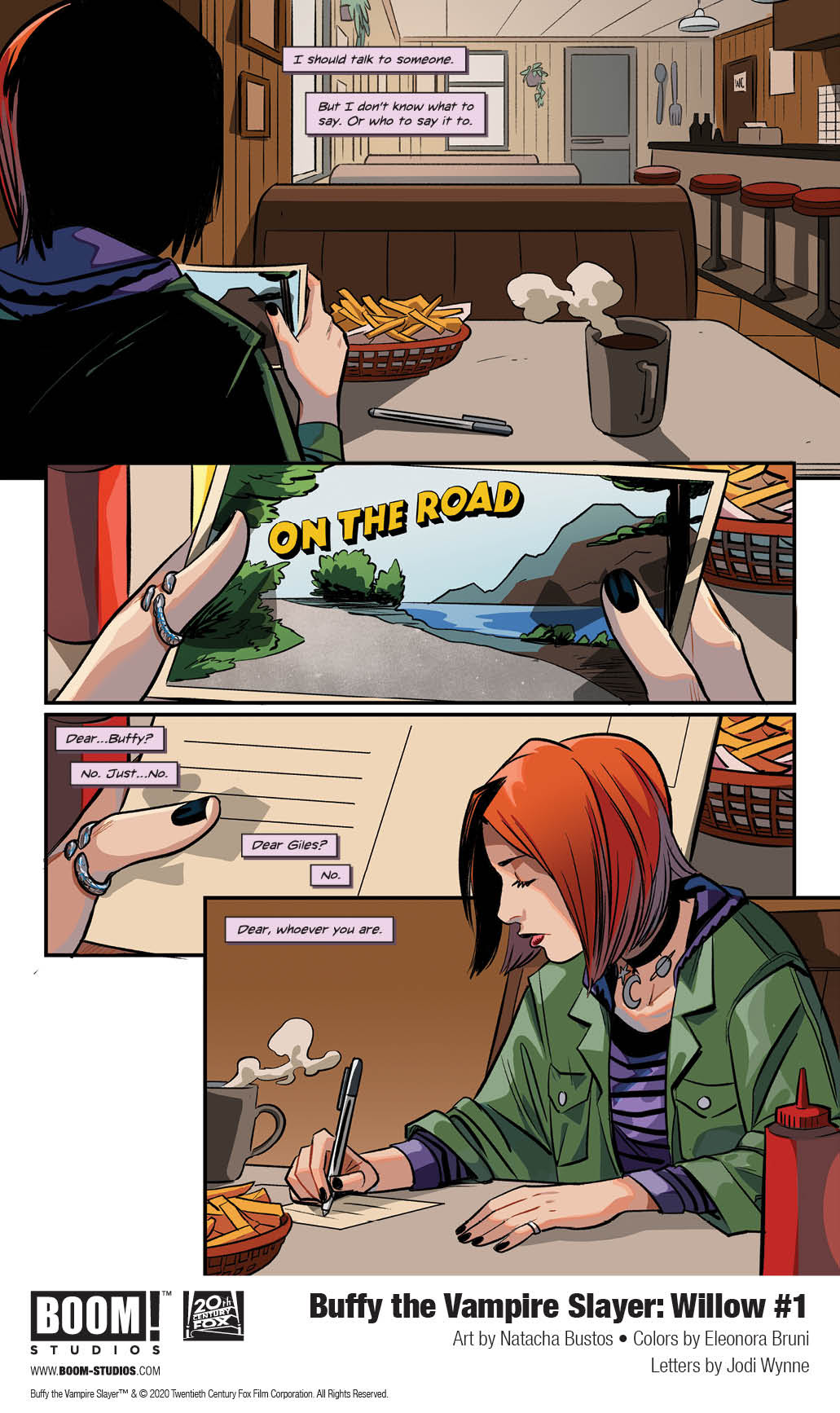 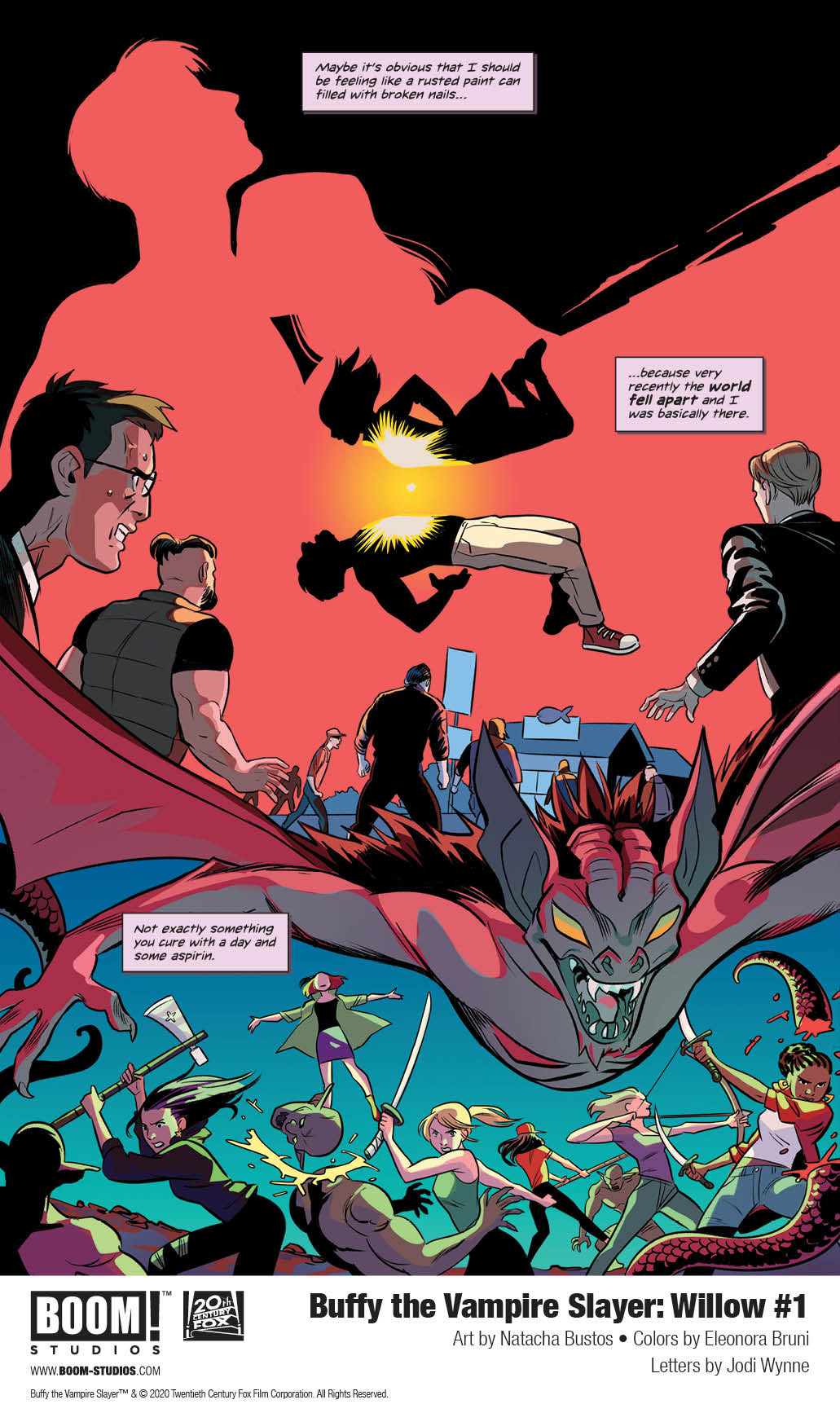 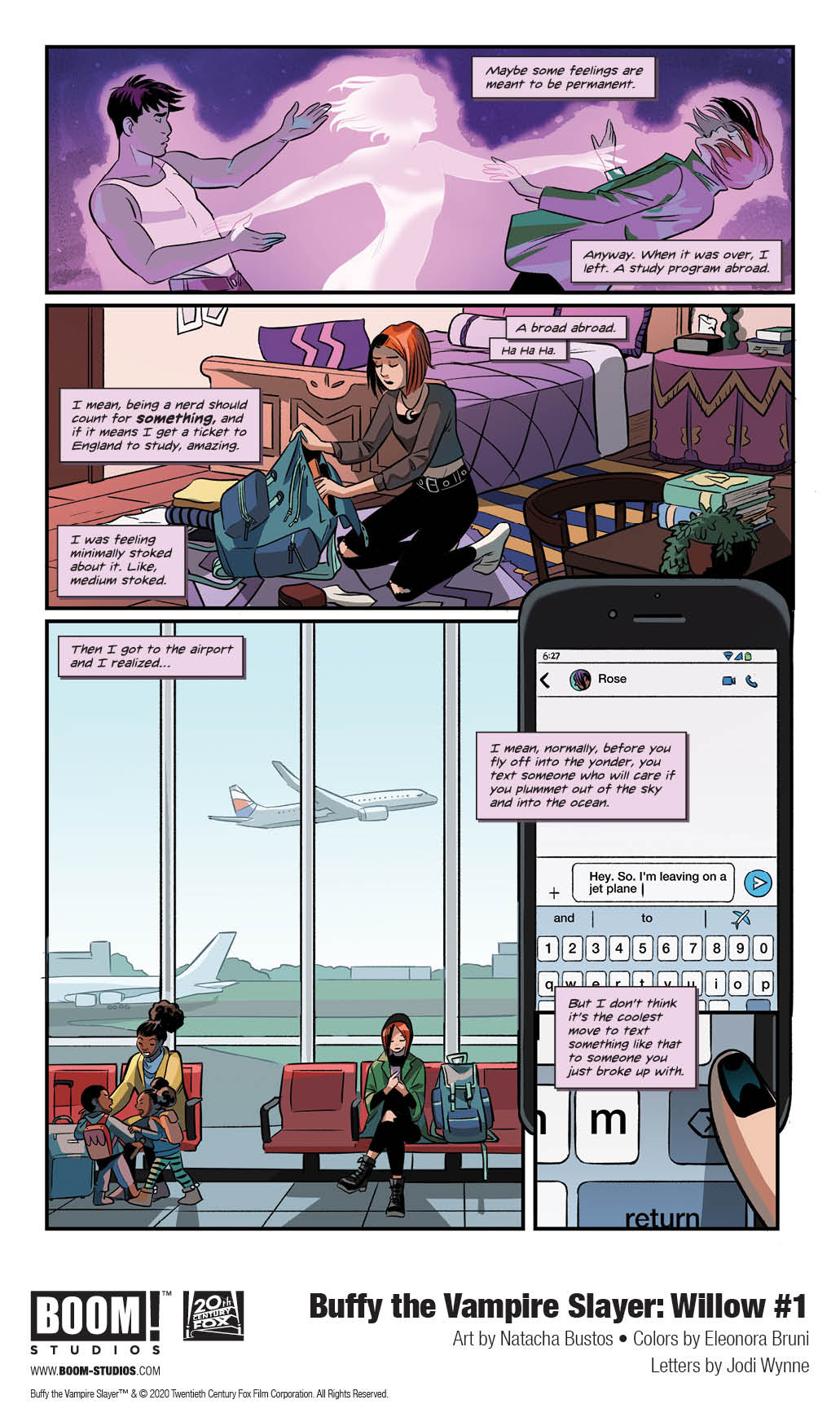 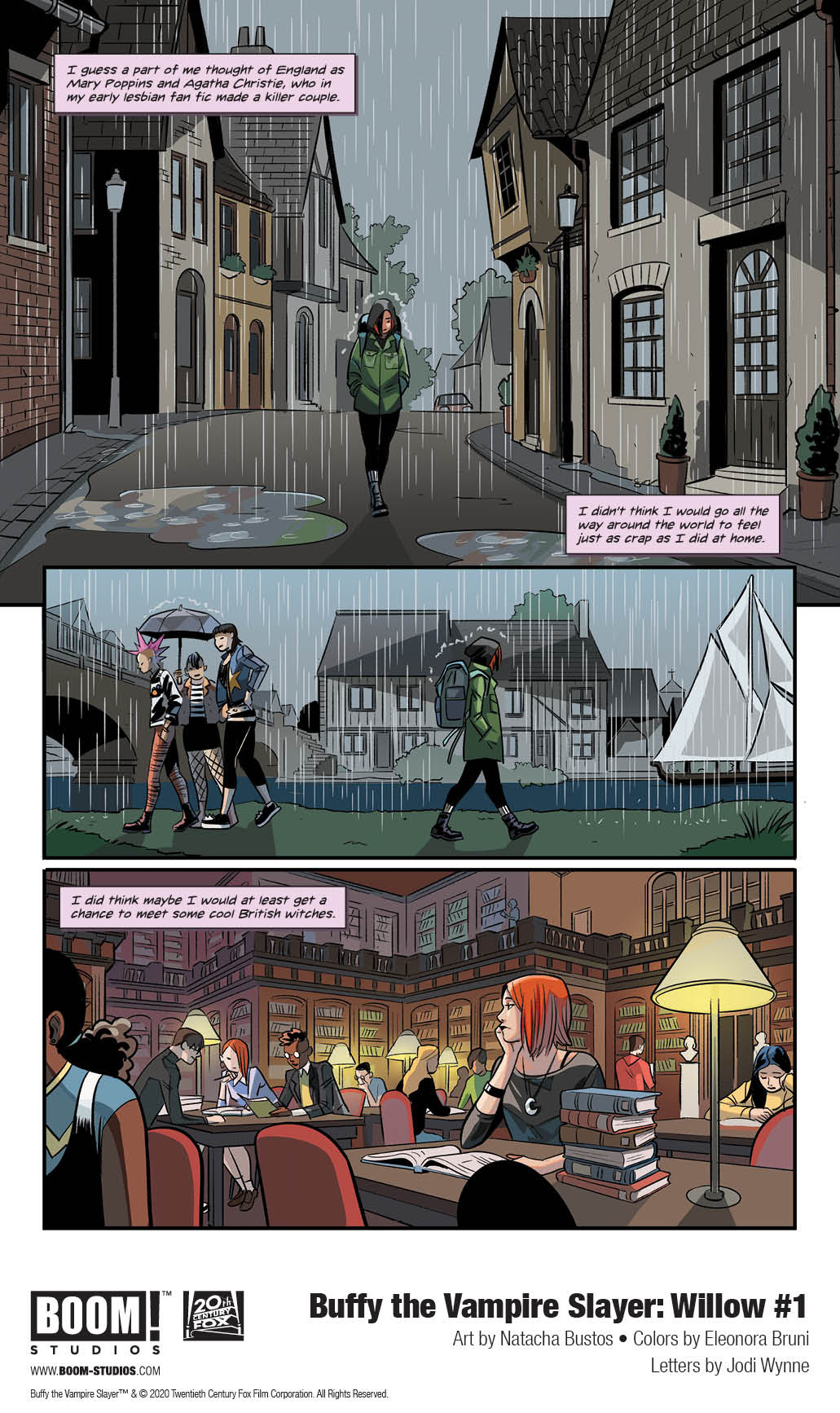 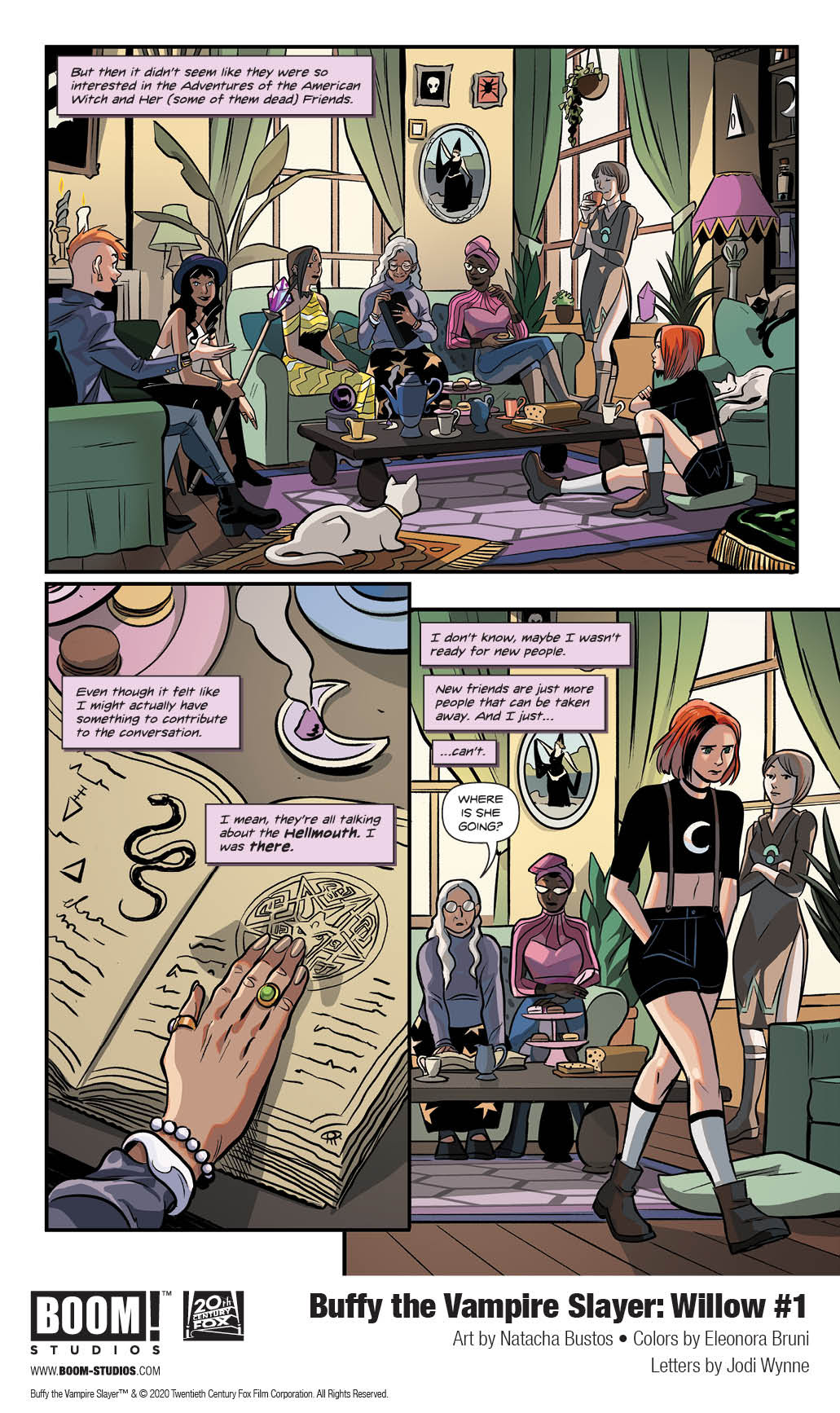