“Do yourself a favor and jump on in because you won’t regret it.”—ComicBook.com

“Fans of King Arthur will find an intriguing new look at an age-old myth.”—Newsarama 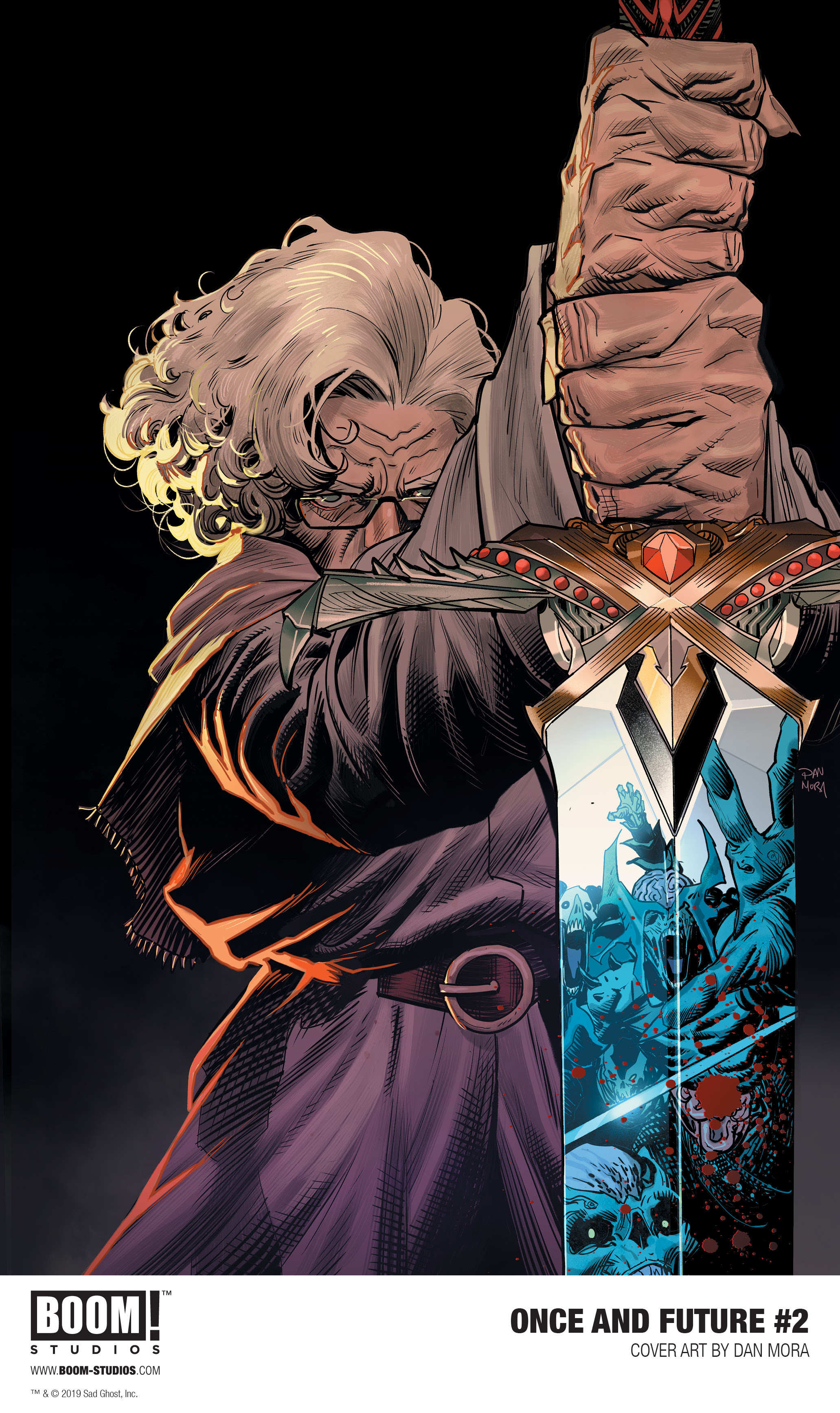 Due to enthusiastic support from retailers and fans alike, BOOM! Studios will publish the ONCE & FUTURE #2 THIRD PRINTING VARIANT, featuring an all-new cover by acclaimed artists Jae Lee and June Chung, arriving in stores on October 9, 2019.

The latest issue of the highly acclaimed and bestselling new original series, ONCE & FUTURE #2 follows retired monster hunter Bridgette McGuire and her unsuspecting grandson Duncan as they prepare for battle against a rising evil that plans to take over their country to bring it back to its former glory.

There’s no turning back now as Bridgette drags Duncan deeper and deeper into the heart of British mythology and folklore to search for a way to stop a rising group of Nationalists from bringing an ancient and terrible power to life. Duncan’s just battled an absolutely impossible creature from legend and been shot—by his Gran, no less!—so he feels he’s due a few explanations, starting with how his nice, perfectly normal Gran knows so much about monsters  and how to deal with them?! And what else has his family been hiding from him?

“Thanks to the continued demand for the hottest new adventure series of the year, ONCE & FUTURE #2 is moving to a third printing to ensure that everyone gets a chance to visit their local comic shop and pick up a copy.” said Filip Sablik, President, Sales and Marketing, BOOM! Studios. “Given the surprises and thrills that Kieron, Dan, and Tamra have in store for fans, you won’t want to miss out on what happens next with Bridgette and Duncan in this must-read series.”

ONCE & FUTURE is the newest release from BOOM! Studios’ eponymous imprint, home to critically acclaimed original series, including Once & Future by Kieron Gillen and Dan Mora; Faithless by Brian Azzarello and Maria Llovet; Abbott by Saladin Ahmed and Sami Kivelä; Bury The Lede by Gaby Dunn and Claire Roe; Klaus by Grant Morrison and Dan Mora; and Something is Killing The Children by James Tynion IV and Werther Dell’Edera; as well as the upcoming Folklords by Matt Kindt and Matt Smith. The imprint also publishes popular licensed properties including Joss Whedon’s Firefly from Greg Pak and Dan McDaid; Buffy The Vampire Slayer from Jordie Bellaire and David Lopez; and Mighty Morphin Power Rangers from Ryan Parrott and Daniele Di Nicuolo.

For continuing news on ONCE & FUTURE and more from BOOM!, stay tuned to www.boom-studios.com and follow @boomstudios on Twitter. 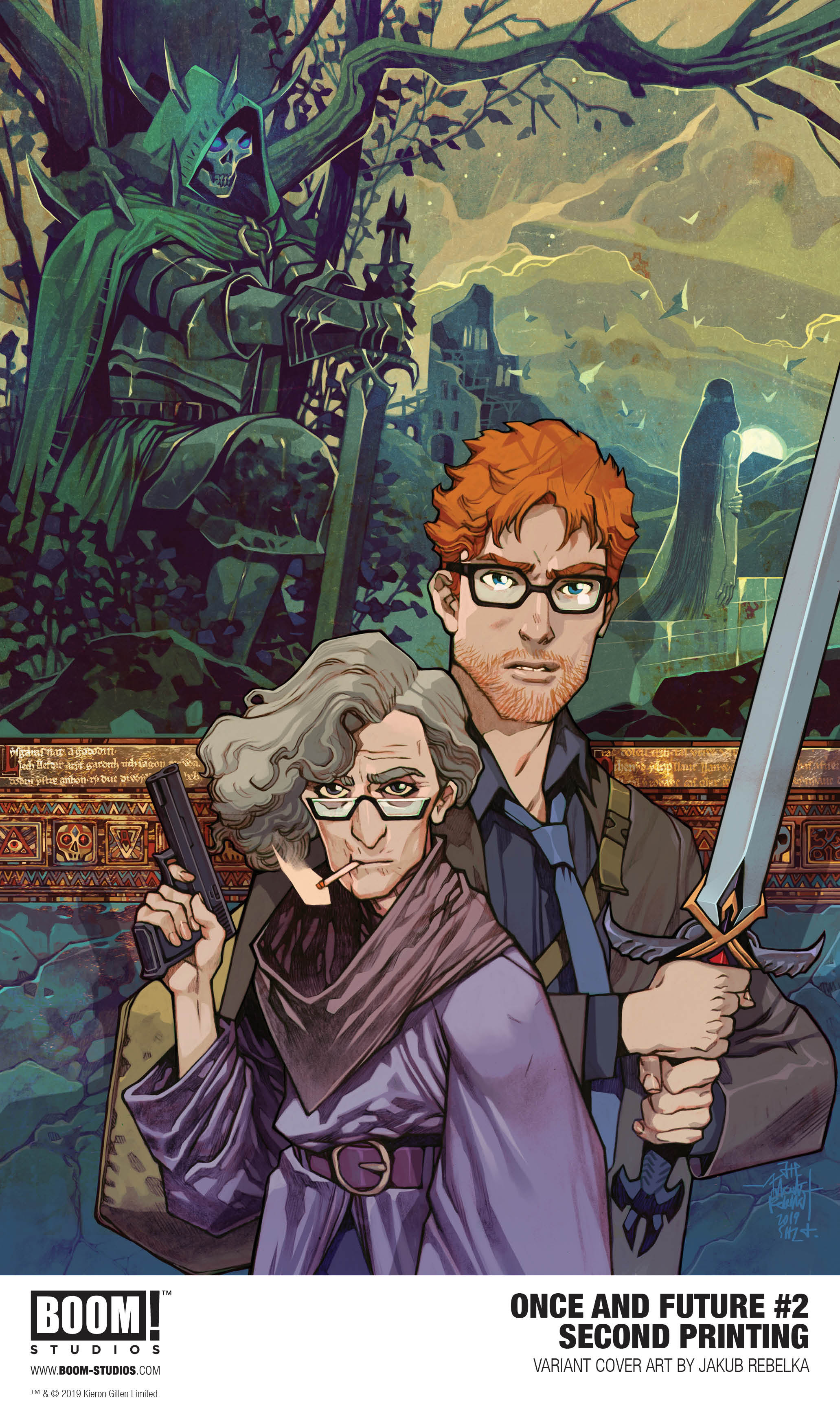