Your First Look at THE ART (AND MANY OTHER MISTAKES) OF ERIC POWELL From BOOM! Studios 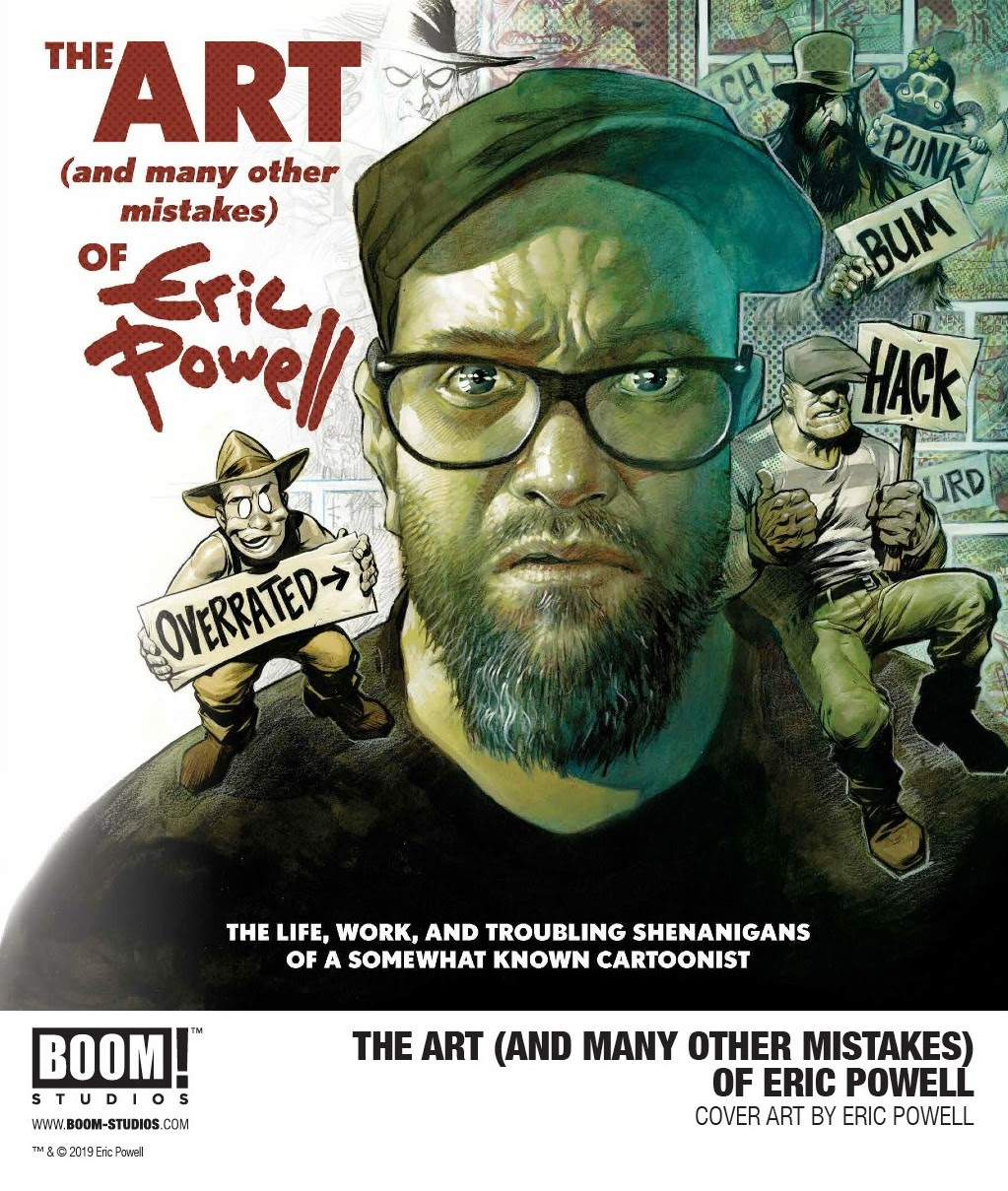 LOS ANGELES, CA (August 21, 2019) – BOOM! Studios today revealed a first look at THE ART (AND MANY OTHER MISTAKES) OF ERIC POWELL, a brand new art book with scandalous tales, family gossip, illegally obtained medical records, behind-the-scenes character designs, sketches, and illustrations from the twisted mind of multi-award winning writer and artist Eric Powell, available in stores December 2019. Celebrate an obscene number of years of low art and high art, failure and success, and the many other mistakes from the creator of the acclaimed series, The Goon!

Never before has anyone dared to dive deep into the weird and byzantine mind of Eric Powell—and for good reason, because once you’ve entered the twisted pathways of this collection that’s half graphic memoir, half art book, you’ll find yourself traveling back to the never-before-seen origins of Eric Powell’s early beginnings as an artist then hurtling straight into the chaotic years of rough and tumble cartooning that led to the creation of the enduring hit creation, The Goon, that continues to thrill and delight fans to this very day!

THE ART (AND MANY OTHER MISTAKES) OF ERIC POWELL sheds light on the deliberate and painstaking process of becoming a world renowned comic book creator as recalled by the artist and a few of his delinquent friends. This extensive art book spotlights never-before-seen childhood drawings, early superhero test pages, film poster art, and the establishment of Powell’s homegrown publishing house Albatross Funnybooks.

Eric Powell is an Eisner Award-winning writer and artist best known for his critically acclaimed series The Goon, which launched in 1999, and quickly became an indie hit with a die-hard cult following. In 2002, Powell launched his own publishing house, Albatross Exploding Funnybooks, which has been home to several creator-owned titles, including his own series Chimichanga and Hillbilly, as well as Rebecca Sugar’s Pug Davis, Grumble by Mike Norton & Rafer Roberts, and Brendon Small’sGalaktikon. In 2019, Powell relaunched The Goon at Albatross in coordination with the book’s 20th anniversary.

THE ART (AND MANY OTHER MISTAKES) OF ERIC POWELL is the newest release from BOOM! Studios’ eponymous imprint, home to critically acclaimed original series, including Once & Future by Kieron Gillen and Dan Mora; Something is Killing the Children by James Tynion IV and Werther Dell’Edera. Faithless by Brian Azzarello and Maria Llovet; Abbott by Saladin Ahmed and Sami Kivelä; Bury The Lede by Gaby Dunn and Claire Roe; Klaus by Grant Morrison and Dan Mora; and the upcoming Folklords by Matt Kindt and Matt Smith. The imprint also publishes popular licensed properties including Joss Whedon’s Firefly from Greg Pak and Dan McDaid; Buffy The Vampire Slayer from Jordie Bellaire and David Lopez; and Mighty Morphin Power Rangers from Ryan Parrott and Daniele Di Nicuolo.

Print copies of THE ART (AND MANY OTHER MISTAKES) OF ERIC POWELL will be available for sale December 18, 2019 at local comic book shops (usecomicshoplocator.com to find the nearest one), December 24, 2019 at bookstores, or at the BOOM! Studios webstore. Digital copies can be purchased from content providers, including comiXology, iBooks, Google Play, and the BOOM! Studios app.

For more on THE ART (AND MANY OTHER MISTAKES) OF ERIC POWELL and other projects from BOOM! Studios, stay tuned to www.boom-studios.com and follow @boomstudios on Twitter. 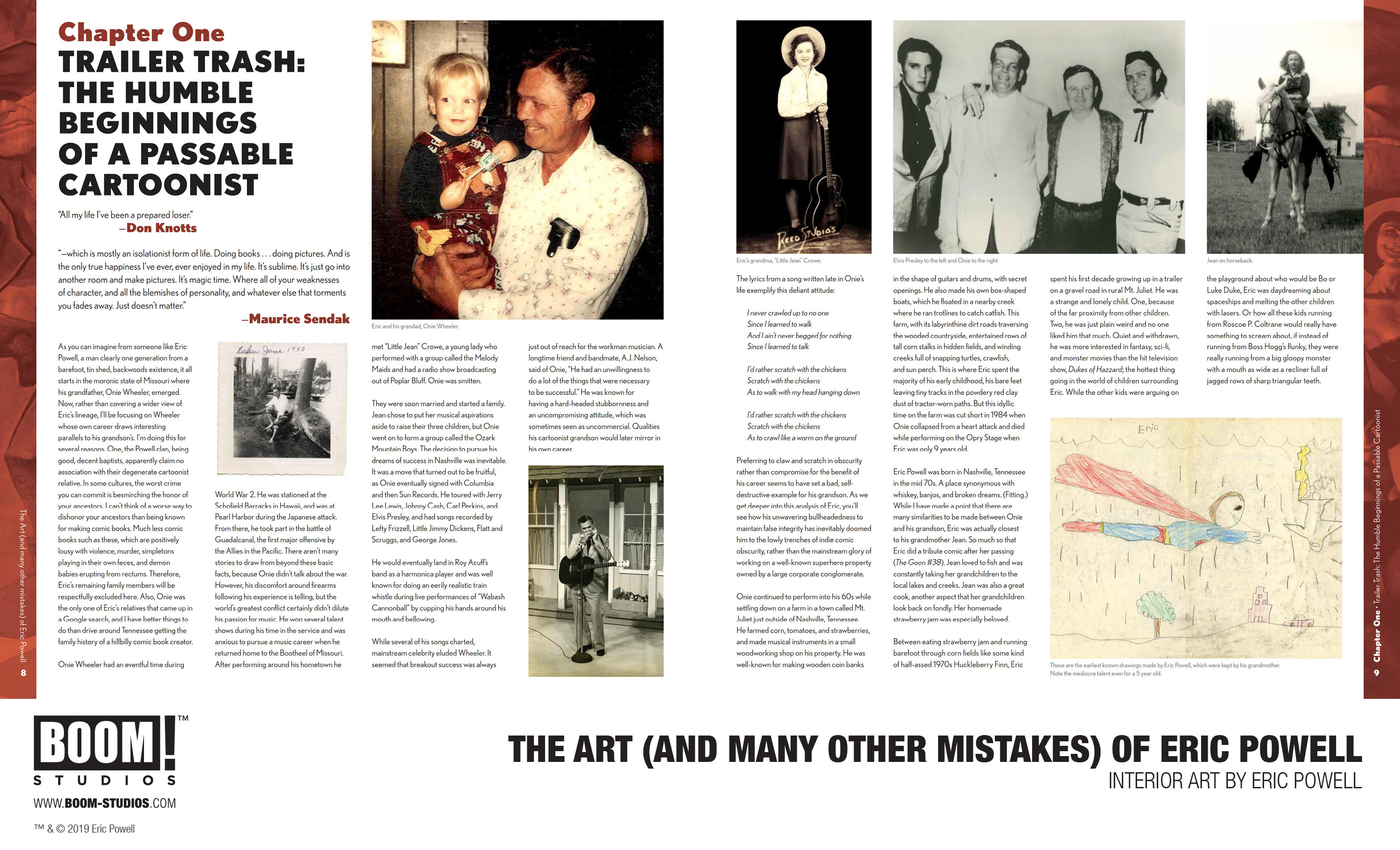 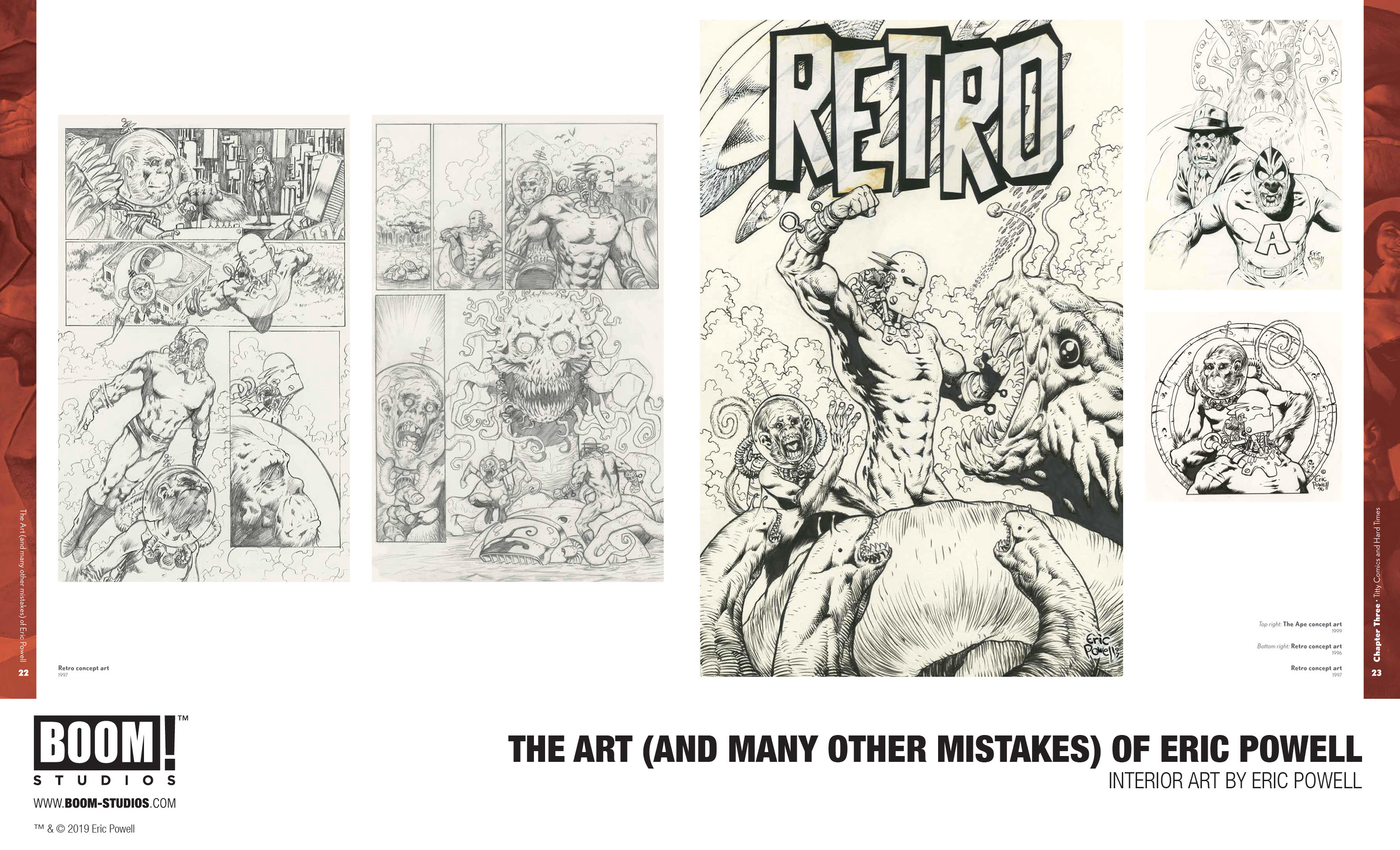 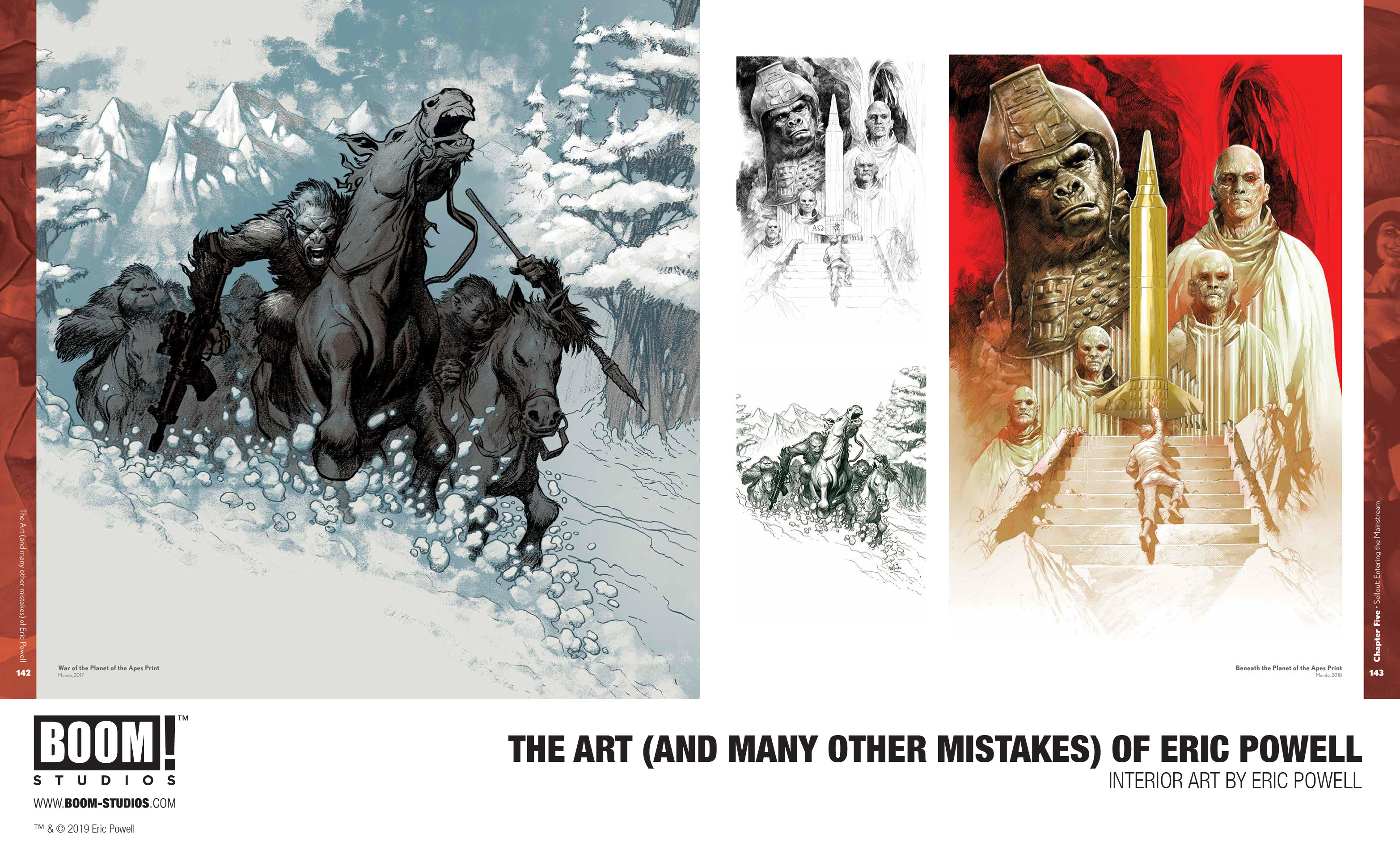 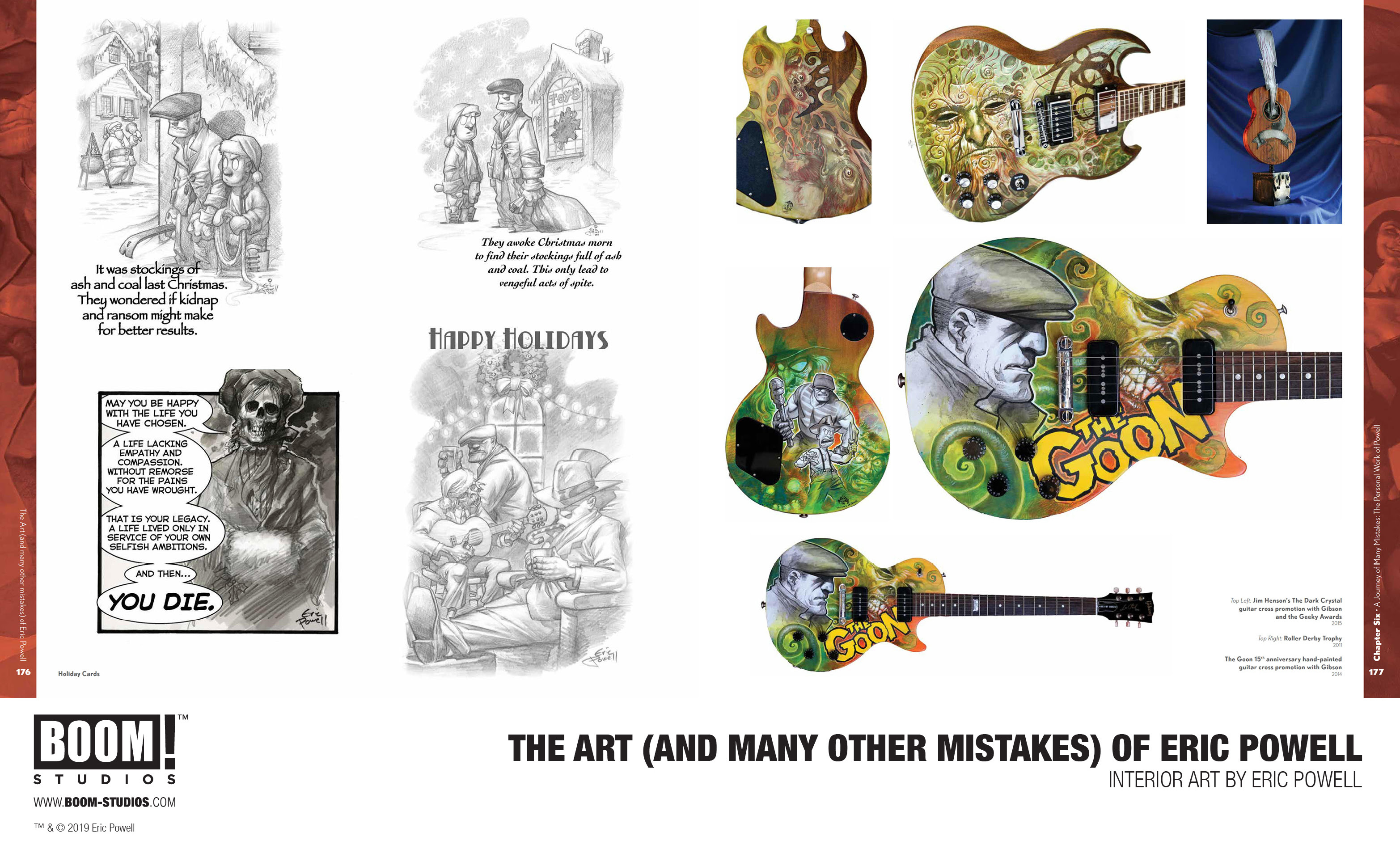