Destroy all Humans!™ returns in all-new glory to PlayStation®4 and Xbox One and premieres on PC!

Seeing this news today has sent me into a tizzy.  This was one of my favorites games way back. As a third person single player action adventure fanatic, the chance to replay this modernized graphics a slightly tweaked gameplay is extremely exciting.

Resistance is futile: Pathetic humans, prepare to be destroyed – again!

Vienna/Austria, Offenburg/Germany, June 7th, 2019: “The first casualty of war is always truth”. Or Bessie, the cow. And you KNEW it, didn’t you? They are real, they are evil and they are here to take over our planet. No, not cows, aliens. Yes, that’s right, the invasion of Earth has already begun, the aliens are among us! Well, one alien to be precise: Crypto 137, Warrior of the Furon Empire, has arrived to save his people by … uhm … extracting DNA from brains. Yours for example. Naturally, one can’t properly subdue inferior life forms without the extensive use of the Zap-O-Matic, the Disintegrator Ray and the notorious Anal Probe Gun. And if that ain’t enough, Crypto can always level everything he sees with his UFO’s heavy loadout. 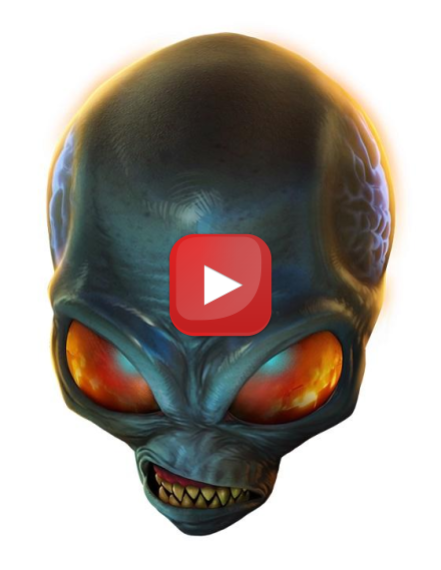 Destroy All Humans! is in development for PC, PlayStation®4 and Xbox One. It’s a complete remake of the 2005 cult-classic, using the mighty Unreal Engine 4 to give new and old fans the best-looking invasion of Earth ever.

What are we keeping just the way it was and should be? The unique 50s alien invasion story and legendary dialogues full of quirky humor. 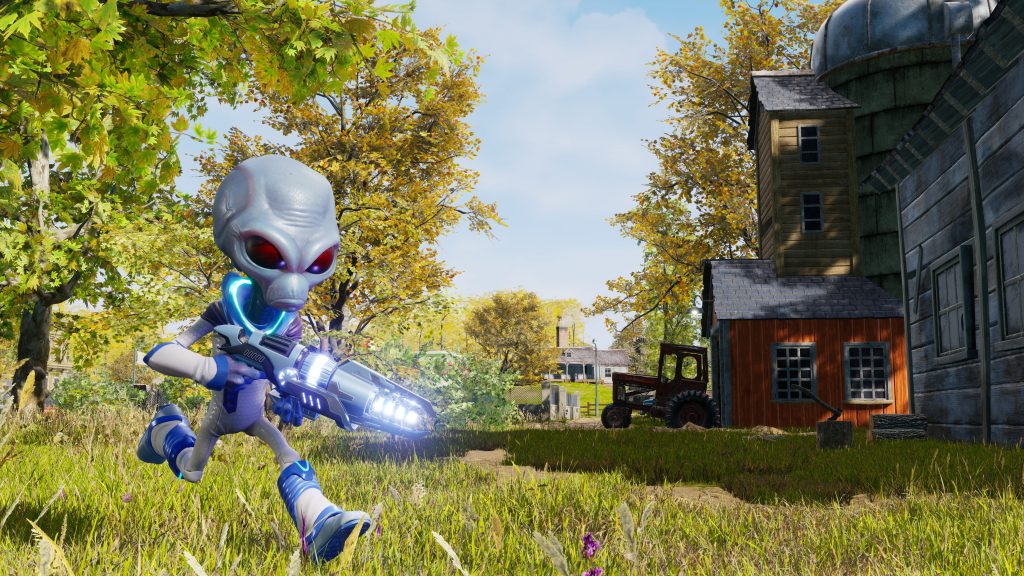 What are we carefully updating? Crypto is more agile than ever, his aerial combat skills improved, his psychic skills can now be used in glorious unison with his guns. And the new Psychokinesis… ever wondered what’d happen if a Jedi had a love child with the Goat Simulator? You’re welcome for that mental image. 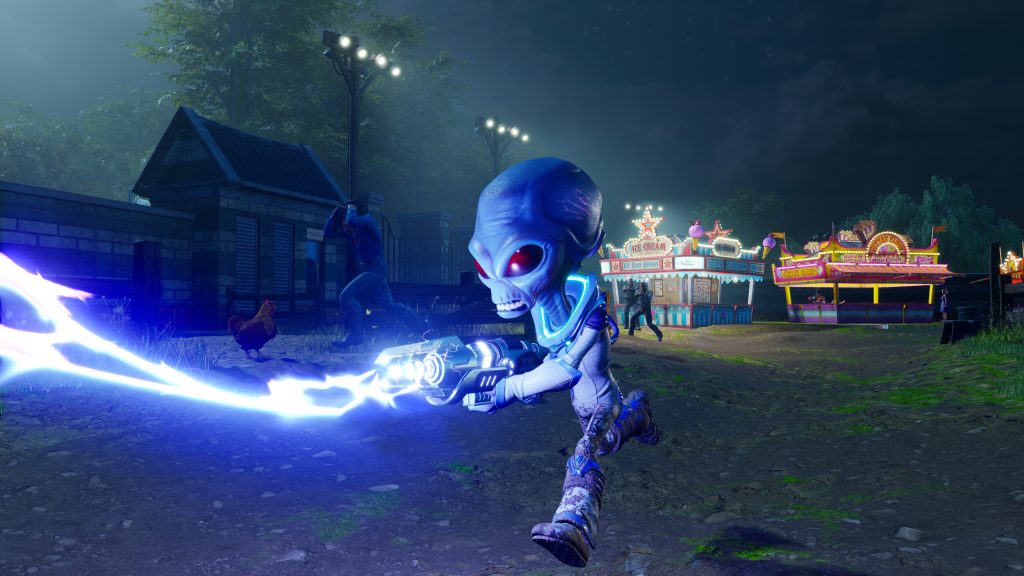 About Destroy All Humans!

The cult-classic returns! Terrorize the people of 1950s Earth in the role of the evil alien Crypto-137. Harvest DNA and bring down the US government in the remake of the legendary alien invasion action adventure. Annihilate puny humans using an assortment of alien weaponry and psychic abilities. Reduce their cities to rubble with your Flying Saucer! One giant step on mankind!