I wait to do any kind of Best Ofs, Tributes, Memories till Jan when doing a year retrospective. Much of the media though does not. They start doing that before Thanksgiving even. They also start looking to the next year early as well though. I am more comfortable doing that. Since that is all HYPE, trailers, info… everything we are excited for could turn out to not be as good as expected or better or maybe in some cases so bad we can’t believe we were ever excited, but man, they shined up a bag of shit really well for the commercials. When doing a Best Of I just feel we should wait till everything from 2017 has come out and this being not even the last week of November, there’s still alot. So let us move on to 2018 in the meanwhile.

Now this is going to be stuff The Spectrum personally is excited by, so if something you’re super excited about isn’t here? It’s because we might not share the same interests. I’d be more shocked though if something your NOT interested in is listed here.

Game Night: A “dead” script given birth from the guys behind the new Vacation… throw in some Jason Bateman. You have the possibility of a total sleeper comedy that could one of those “I don’t want to ever see this” and then you see it and go “Why did I wait?”

Black Panther: One of the most interesting characters in Marvel history, it looks like they truly did the king of T’Challa and his people proper justice adapting multiple tales to spin a brand new yarn to fit into the MCU. Especially for a character we’ve already been introduced to and seen a lot of. 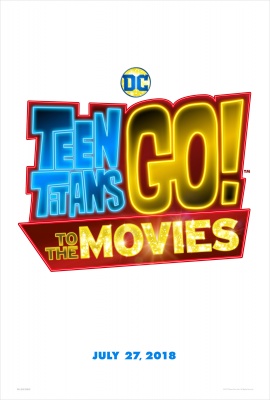 12 Strong: The period after 9/11 has become as rich as WWI for war films. Especially when ripped from literary accounts. This one also stars Chris Hemsworth so it could be compelling no matter the narrative.

Teen Titans Go! To The Movies: The team behind the show expand to a full length feature. It’s the same crew, the main creators and writers, the same cast, but they added Kirsten Bell and Will Arnett to the mix. If you hate TTG then sure, but this site does not. This site LOVES TTG! and loves how it finds new ways to play with the narrative, genre and structure, a full length feature will be awesome.

Red Sparrow: Jennifer Lawrence as a kick ass killer spy in a thriller. From the director of the last three Hunger Games, based on the book series.

The New Mutants: The trailer seems to show that this film tries to capture being a faithful adaptation of the classic 80’s horror miniseries by Claremont, Simonson, McLeod and Siencwicz. Plus, Maisie Williams as a werewolf is enough to make most people care, even non Game of Thrones viewers. Maisie is the best.

Love, Simon: A strong adaptation of Simon vs. the Homo Sapiens Agenda” starring rising star Nick Robinson. Directed by Greg Berlanti, making his film directing return after years of TV. That Greg felt compelled to take the directing helm again after 7 years of producing sci-fiction, crime, unusual television especially for a very real true to life LGBT story says a lot to me of the quality of the script and story.

Isle of Dogs: Wes Anderson’s return to animation, especially with a completely original story might be the movie I am excited for more than any. Dogs in Japan, huge cast, I’m so in.

Deadpool 2: Even with only the Wet on Wet teaaser, there is no reason not to expect the second Deadpool to be just as good if not even better than the first.

There’s plenty more movies announced and even a few more trailers out there, but this list is a quick one of what has my attention. Coming soon a look at Video games, and a little more.