Who Thought Landing Your Head Could Be So Fun?

As anyone who pays attention to me or this infrequently updated site (which is why there’s a twitter feed running and links to all my social media elsewhere), I am a huge Doublefine Games fan.  They’ve yet to make a game I haven’t enjoyed even if the genre was not to my liking.  Be it Dear Leader in Amnesia Fortnight, Costume Quest, or even Dropchord. 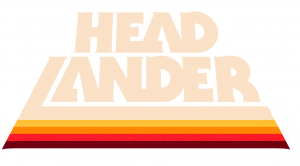 Well they’ve done it again in collaborate distribution with [adult swim] games for Headlander.  Lee Petty’s crazy yet simple concept of a man or  woman (you can choose your head) who leaps from robot body to robot body to explore properly this extreme weird future in which a huge and brilliant backstory exists.  To give it away is to essentially give the game away.  That said, there is a section in the game involving a huge action oriented chess board.  If done as it’s own separate game it probably would’ve been appreciated.  There’s actually tons of little bits like that throughout the game that show a larger world then the game that would be fascinating to explore as mini games, comics, cartoons and more because that’s what the team at Double Fine do when they develop worlds.

I feel it is the script and the design of characters that is the crux of this 2.5 D side scrolling Metroid like platform shooter.  It’s a genre I tend to get annoyed and frustrated with.  My hand-eye coordination is just not the greatest when it comes to video games, I have to readjust my eyeline (which I’ve become very good at especially in real life); Yet there’s SO much happening on screen it can be quite difficult.  It’s done in such a charming, enjoyable, beautiful way though that even when you’re ready to give up you just keep trying it and trying till you beat it.

The music (masterfully written and performed by David Gregory Earl and an amazing soundtrack in its own right) , sound design, visuals, make it all worth it.  Just when I just wanted to throw my controller at the screen, I breathed, put it down and felt that need to come back and figure it out.  I’m betting so will you if you haven’t played it.

I’m not set up with a rig to do a Let’s Play, so you have to trust my words.  You could also go check out trailers and videos online to get your own impressions, but then you’re not listening to what I’m saying which is just go experience it for yourself.

I enjoyed Headlander so much I went and used my limited but still better then most Photoshop skills to design a new avatar for the excellent, supportive and loving DoubleFine Forums. 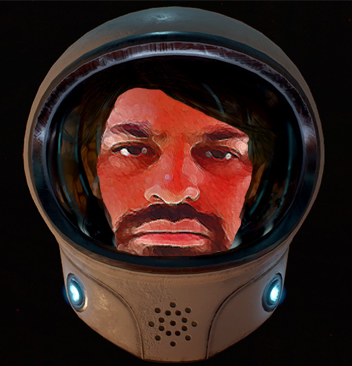