To Boldy Review where no Date has Reviewed 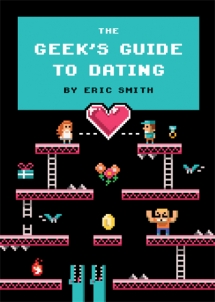 I have not truly amazingly had the luck to actually date many fellow nerds in my life. This isn’t to say I haven’t dated, jut I haven’t dated many nerds. The people who I consider my own. The comic fans, the wrestling fans, the sci-fi fans, the video gamers… now I have been with those people, but generally more than not I’ve been with people who actually were not on the same wave length as me. Not from lack of knowing where to find them, ask them out or any of that. Just the luck of the draw here.

Still I know there are plenty guys out there who can’t even get to that first step or even if they do, what to do next and after that or even after that. When you grow up watching Thundercats, playing Super Mario and reading Booster Gold while rolling dice for a D & D game and discussing the merits of Ric Flair over Roddy Piper on the phone with your friend whose thinking about his acne and multiple allergies, how to go out with the opposite or even same sex is gong to be an art you never really learn.

That’s where THE GEEK’S GUIDE TO DATING by Eric Smith comes into play or at least that how’d I’d sell it if I was a marketing person. Oh wait, I am… but that’s not where I’m coming from in this review.

I’ll admit even I might not be nerdy enough for this book. Some references were completely and totally lost on me. I’ve never been into Firefly, I’m not a big Link fan, I don’t know HALO from a brick in the wall… but I somehow still know what Eric was going for with each reference so it was never completely lost on me.

In many ways this isn’t just a geek’s guide to dating, but a clever voice in just basic logic of dating, understanding the ways and what fors of finding it, going on it and what to do after said date. These are tips that can be used by anyone in our modern social media driven world of Facebook, twitter, Foursquare and more. It’s just painted to attract an audience that would not necessarily go for it while being open enough for a non geek to at least see the the great cover and start skimming to see what it contains, notice how concise the advice is and just be “Huh, I could use this”.

One other great aspect that is a huge selling point to me is the cool Kickpixel pieces. I can’t really say anything about them, they just look awesome especially since I love 8 bit art even if I don’t like 8 bit games. Just look at this piece and if you don’t love it…I don’t know you. Even if you hate it, you still need this book. Actually if you hate it, you need this book more than anyone cause boy oh boy do you need some social tips. 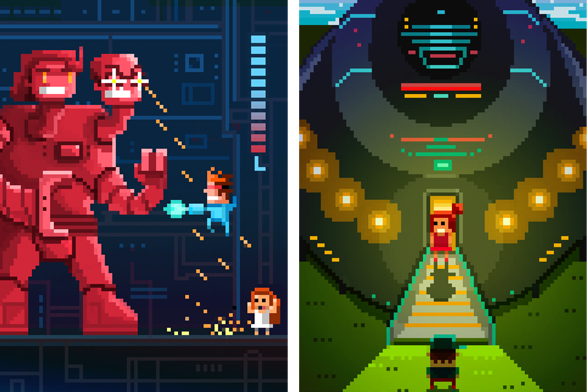 GEEK’S GUIDE TO DATING came out September 3rd from QUIRK BOOKS and is a 5 x9 hardcover priced at $14.95