Tribute to the Fallen of 2012 – Literature

Jan Berenstain (88, stroke): Growing up with The Berenstains was an experience in of itself. When Stan died in 2005 it was really tragic, as he was taken by cancer. Luckily Jan and her son took the reigns of the bears for a few years and they even found their way into the modern world. I can remember when I was young the book always made me wish I had a sibling while at the same time grateful I didn’t. I don’t remember the bears having any friends though. They probably did, but I don’t recall them. There was a cartoon too, which I remember not to vividly but it did exist. There was this PC thing as well, which I still own. I was way too old for the Bears at that point actually, but the point and click style and nostalgia for my childhood grabbed me. 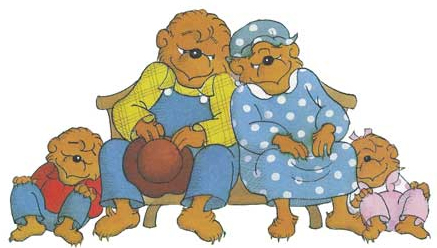 Maeve Binchy (72, illness): I must honestly admit I have never read a Maeve Binchy book, but my mother has read all of them. She was a true fan and I’m sure if I took extra time to get her to write a little bit about her it would be sweet and heartwarming and reassuring that at least someone in this family got affected by this writer who I’m sure was wonderful. I did see Circle of Friends, but it was nigh impossible to not notice all the hype and clamor for this brand new discovery Minnie Driver and how wonderful she was.

Ray Bradbury (91, illness): I absolutely love The Toynbee Convector. Sure it’s the Martian Chronicles that put Ray on the map and Farenheit 451 that cemented him, but he was so much more than that. Something Wicked This Way Comes and it subsequent stories as well as Death Is A Lonely Business made me more than just someone who really enjoyed his work, but a serious fan. It’s amazing how much of his work has actually been adapted as well for both the small screen, stage and film. Twilight Zone used his shorts as basis (Bradbury also created a few original scripts for TZ as well), then of course there was even his own TV series, The Ray Bradbury Theater, which he wrote all the episodes for and actually was in the introduction as a host. A search on Youtube of Ray Bradbury Theater should bring you all the episodes, choosing one specifically to recommend seems a bit much, so really just go to to Youtube and see what catches your eye, you can’t go wrong.

Helen Gurly Brown (90, undisclosed): For over 40 years the editor in chief at Cosmopolitan, she will always for me be “The Single Girl”. I’ve never actually read “Sex and the Single Girl” and I probably never will, but it and she inspired the film of the same name in which Natalie Wood shined. The movie itself isn’t good. Everyone knows that. But it made so much money it’s a freaking classic nonetheless. Also, it helped DOWN WITH LOVE happen so many years later. So here’s to Helen Brown, fucking up dating for people worldwide for years. Thank you Helen.

Harry Crews (76, neuropathy): As a journalist I have read a share of his work in Esquire and Playboy. He covered some crazy stuff that you’d swear was fiction. I never read his fiction, so I’m not sure if it was ever crazier than what he found in the real world or if he just used the real world to inspire fiction of things he couldn’t properly convey in journalistic articles in the way he wanted. I should explore that, but there’s so much to explore.

Gene DeWeese (78, Dementia with Lewy bodies): I’m familiar with DeWeese because of the few Star Trek: The Next Generation books he wrote. I use to devour those things like comics. It was a pretty bad habit, as most of those books were essentially hackneyed fan fiction put into a pretty package, but I was an addict, addicts know when something is bunk and still take it and look for more.

John Sargent, Sr. (87, health complications): Executive at Doubleday as President and Chairman. Amazingly he started working at the company long beforebefore he dated and then married the founders grand daughter and kept it after their divorce because of his incredible success into turning Doubleday into the Powerhouse it remans today. Later he got married to Liz Kelly, top editor in charge formerly at William Morrow, Harper Collins and Cosmo. 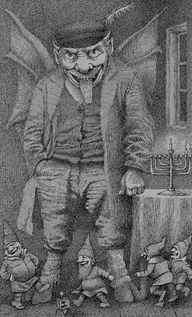 Maurice Sendak (83, stroke): The thing I loved the most about Maurice was that he always stated that he was not a children’s book author. You have to love that a man who created one of the greatest and most loved children’s books of all time refuses to accept what they called him or that he continued to create Children’s illustrations for others as well as develop Children’s TV… he wasn’t making stuff FOR kids, he was making stuff for everyone, it just so happened that the target market in publishing and TV was kids, but he wanted everyone to love it and… well I think they did. I also loved that he was a crotchety gay Jewish Atheist (one can be Jewish and Atheist… he identified with the plight, if not the beliefs). I mean seriously… how awesome is that? He was never quiet about it either. He was always crotchety, he was always Jewish and he was always gay, even if the last part never actually came out in his personality or publicly till 2008. I could probably go on forever of my love of the man and his work and what he offered, but I think I’ve said too much.

Derick Thomson (90, natural causes): Master of Gaelic poetry and literature, as well as many books teaching and explaining the Gaelic language, Professor Macthomas has been in my periphery and part of my base of knowledge for a long time. He would’ve been a great man to have gotten to meet had I given myself chance to ever visit the isle… but alas it was not to be.

Gore Vidal (86, pneumonia): I’ve never read a word Gore Vidal has written, but I know I’ve definitely seen his work on screen, butchered, uncredited or officially. I’ve always wanted to read thing like Lincoln, Myron, Empire, etc… just never got around to it. Maybe one day I will, I owe it to myself.

Sam Youd (89, natural causes): AKA Chris Youd, Hilary Ford, Peter Graaf, Stanley Winchester and most notably John Christopher. As John he wrote The Tripods, which if you’re an American, were a teenager or a kid in the 80’s, liked stuff, had a TV and intelligent parents you saw on PBS (if you didn’t, well, too bad, it was on and it was awesome, but if you really must see it, here’s a link to part 1 of episode 1 on Youtube. I believe the show is also on DVD, but only in PAL). The Tripods was not the only work of John Christopher to be adapted either, he was truly a science fiction great and with his pseudonyms surely a great writer period.