In this post I’ll be listing an assortment of books I procured that weren’t on my schedule for Day 2. There’s a lot of great things here that all seem fun, fascinating, exciting or whatever. I should note that all these are of the American release versions and dates. Some may already be out internationally under different titles and from different publishers and marketing. I am providing websites that I can find on either the author or the book only as reference..

The 500 by Matthew Quirk is political suspense thriller from a debut writer who got his writing grit as a hard bent journalist at The Atlantic. It is available now.

Bootlicker by Steve Piacente is a tale based on guilt, race relations, politics and intrigue.   Available now.

Fathomless by Jackson Pearce is described as a dark and modern reimaging of “The Little Mermaid”, it is geared towards Teen Readers and will be out in September.

Patient One by Leonard Goldberg combines medical suspense with political thriller in what also sounds like an action packed book. It came out in May 2012.

Third Grade Angels is the long awaited prequel to Fourth Grade Rats by Jerry Spinelli with illustrations by Jennifer A. Bell. It will arrive in September.

The Savage Fortress by Sarwat Chadda is an action-adventure based in monsters, myths and Indian (read Asia, not Native American) folklore.

The Diviners by Libba Bray is a supernatural mystery based in 1920’s New York filled magic & murder. It comes in September or November, it’s a bit unclear.

And Still They Bloom by Amy Rovere is a children’s book designed to help with the coping of grief and cancer. It has full paintings by Joel Spector and is published by the American Cancer Society. You can pre-order it here, it comes out at the end of June. 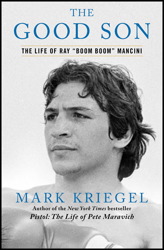 The Good Son: The Life of Ray “Boom Boom” Mancini by Mark Kriegel tells the amazing rise and tragic emotional fall of the now legendary boxer (Warren Zevon even wrote a song about the guy). It arrives in September.

Goosebumps-Wanted: The Haunted Mask is just one of the new horror stories coming from R.L. Stine, this one hits in July.

The Devil’s Causeway by Tim Westfall is a non-fiction military history book about POWs during the Spanish-American war. It comes out in September.

Keeper of the Lost Cities by Shannon Messenger is a supernatural fantasy for young readers. I comes out in September.

Unsaid is a the debut novel of lawyer Neil Abramson, whose focus is on animal rights and protection, which his book also explores as well as the relationship between human and animal. It is available now.

Ghost Buddy: Mind If I Read Your Mind? is the second book in the new series by Henry Winkler and Lin Olver, in which a ghost and a psychic kid become best friends. The latest comes in July.

MP3-The Meaning of a Format by Jonathan Sterne is equally history on sound compression and philosophy on its ramifications on music as a whole. It is mostly academic work, but still fascinating. It will be available in August from Duke University Press. 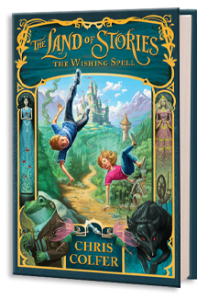 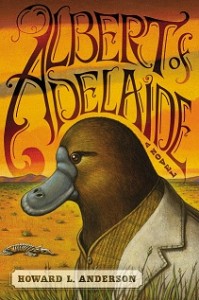 The Land of Stories: The Wishing Well is a fantasy for young readers written by the popular actor and singer Chris Colfer with illustrations by Brandon Dorman. The book comes out in July.

How Do Dinosaurs Say Merry Christmas? and Say Happy Chanukah? are the latest in the dinosaur picture books by Jane Yolen and illustrated by Mark Teague. They both come out in September.

Bannon & Clare in The Iron Wyrm Affair by Lillith Saintcrow is marketed as a steampunk urban fantasy and the start of a new series. It will be available in August.

Albert of Adelaide by Howard Anderson is a debut novel about a platypus discovering himself in Australia. It isn’t a children’s novel, it’s an antromorphic adult book and sounds awesome. It’ll be available in July.

Traditionally you wouldn’t find me reading some based on the bible or faith-based, but the comics and graphic novels from Kingstone Comics have a special edge. They have many series, but I only opted to check out three which I’ll be exploring further.
The Christ features art by Sergio Cariello, who I loved on Lone Ranger and Crossgen books
The Book of God which takes a scholarly look at the bible was drawn by Javier Saltares, best known for his work on Ghost Rider
The Pilgrim’s Progress is a manga adaptation which is lavishly illustrated.

That brings us to the end of items I procured on Day two of Book Expo America. There’s a chance I missed something or possibly I wrote about in Day One or will hit on my Day Three. Still I hope this gives you suggestions, ideas, thoughts, recommendations and a feeling of the diversity of books one can discover and enjoy both at BEA and in general.