IDW Rushes Back to Print on Earthdivers #1 and #2 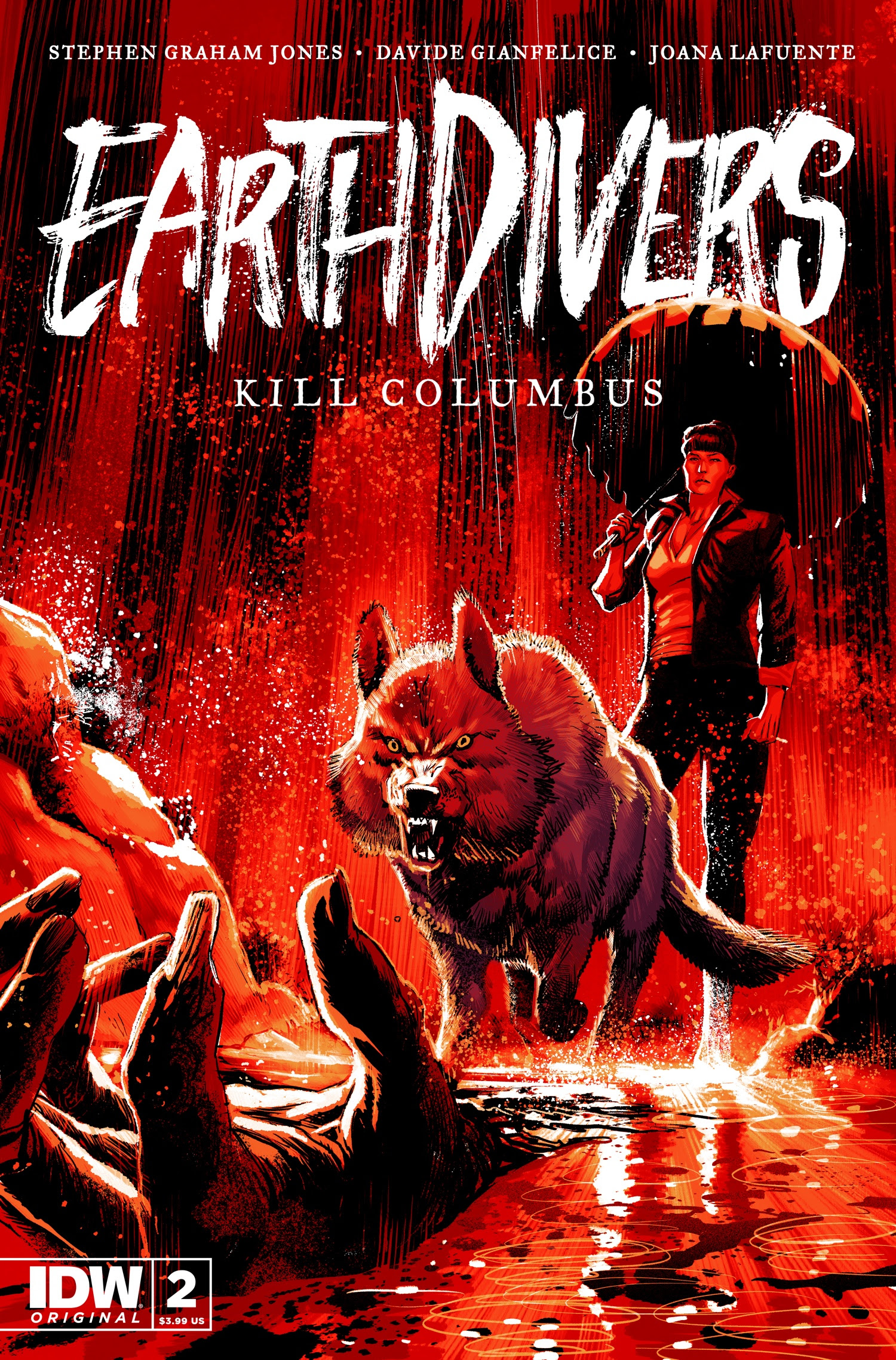 SAN DIEGO, CA (November 2, 2022) – Due to high retailer and consumer demand, IDW announces that Earthdivers #2—the second bloody issue in Stephen Graham Jones and Davide Gianfelice’s ongoing original series that follows Indigenous time travelers hell-bent on preventing the founding of the United States—sold out at the distributor level even before today’s release date, necessitating a second printing! This news comes hot on the heels of the New York Comic Con 2022 panel revelation that issue #1 would also require a new printing. It’s clear that IDW has quite a hit on its hands!

Fans are encouraged to contact their local comic shops to snag any remaining copies of the first printings of both Earthdivers #1 and #2 before they disappear from store shelves!

Set in a postapocalyptic near future, Earthdivers follows a small group of Indigenous survivors who time-travel to prevent the creation of America and retroactively save the world from destruction. In each arc, they will target a pivotal point in history, beginning with a mission to kill Christopher Columbus in 1492.

“It’s such a thrill for Earthdivers to be finding its audience out there. The more people see Davide’s art, the better. And the more people we can get out for Columbus doesn’t hurt, either,” says Jones. “Such an honor for all the comic shops to be sharing this with their readers. This has always been my dream. I never thought I’d get to actually live it, though. And hold on: the water back in 1492’s about to get pretty choppy…and maybe a little bit red, too.”

“Seeing such a great enthusiasm for the story that Stephen and I have created makes me enormously happy and continues to push me to give my all for this great series. Earthdivers is such a beautiful and intense project, with all these protagonists becoming more and more alive and real page after page. We are so glad you are enjoying it so much,” says Gianfelice. “And a huge thank you also to the entire IDW team who are so vital to making this possible.”

In August, Dread Central broke the news that IDW has inked a development deal with 20th Television, a division of Disney Television Studios, to adapt Earthdivers as a series for the small screen. 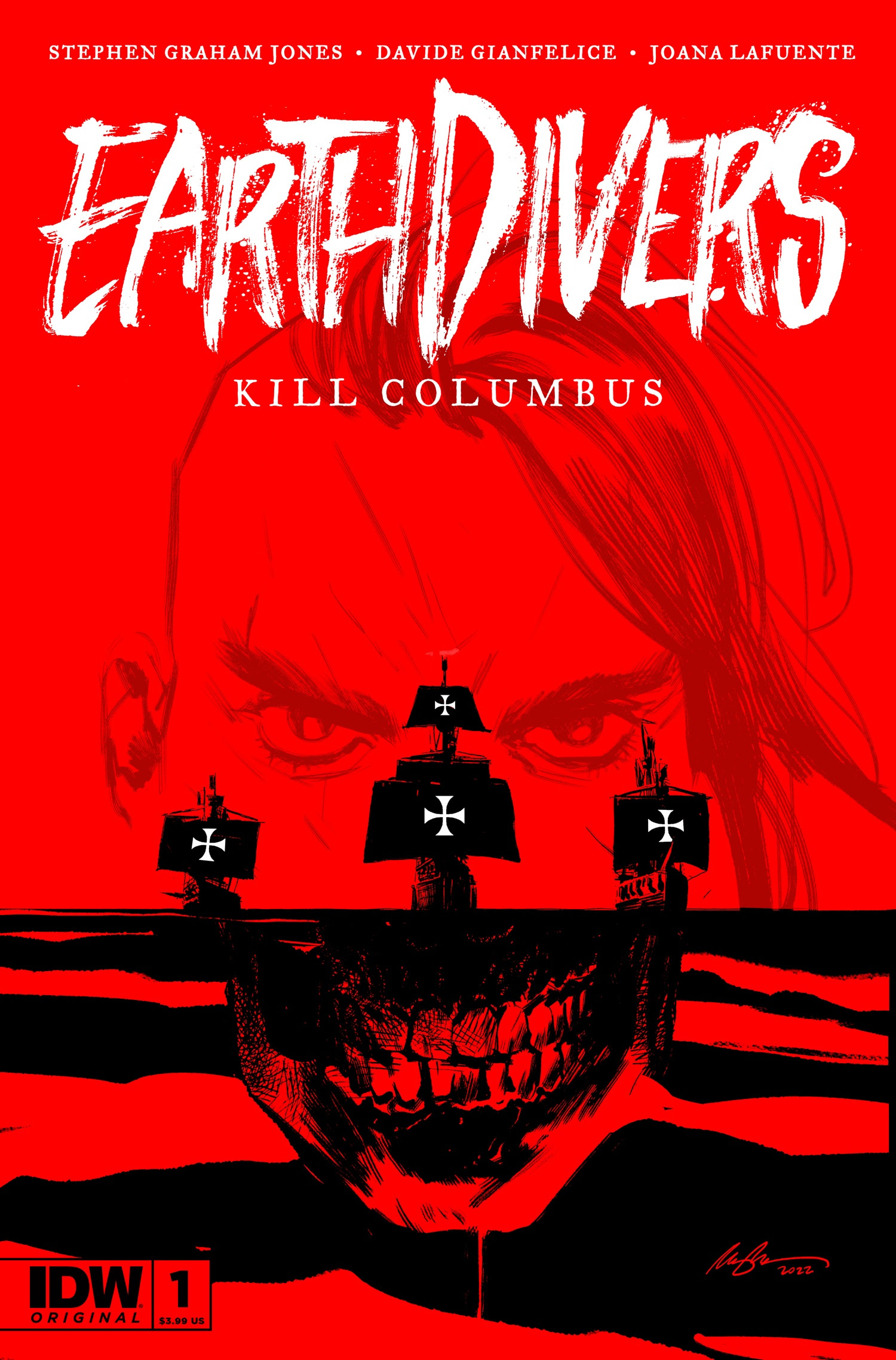 The critical consensus has been clear: Earthdivers is one of the true standout comic books of 2022, as evidenced by this sampling of media reviews:

“Jones delivers a hell of a debut that should get folks talking.” —Graphic Policy

“Drama, grueling tension, and a penchant for violence in a tightly written narrative.” —CBR

“A great premise, outstanding artwork, and a perspective we don’t see often enough in our media.” —Monkeys Fighting Robots

“Fantastic art… [Gianfelice] absolutely nails the period costumes of the 15th century and the ships are beautifully drawn.” —SciFi Pulse

“An enjoyable ride for readers.” —ComicBook.com

“This book ticks all the boxes of what I’m looking for and executes its concept beautifully.” —The Fandom Post

For retailers eager to stock Earthdivers and the second printing of its second issue (slated for release on December 21), the series is distributed by Penguin Random House Publisher Services and the item is now available for orders.

For information on how to acquire Earthdivers comic books near you, please contact your local comic shop or visit www.comicshoplocator.com to find a store near you.