MEET THE FLAVOR GIRLS in the Series Launch This July! 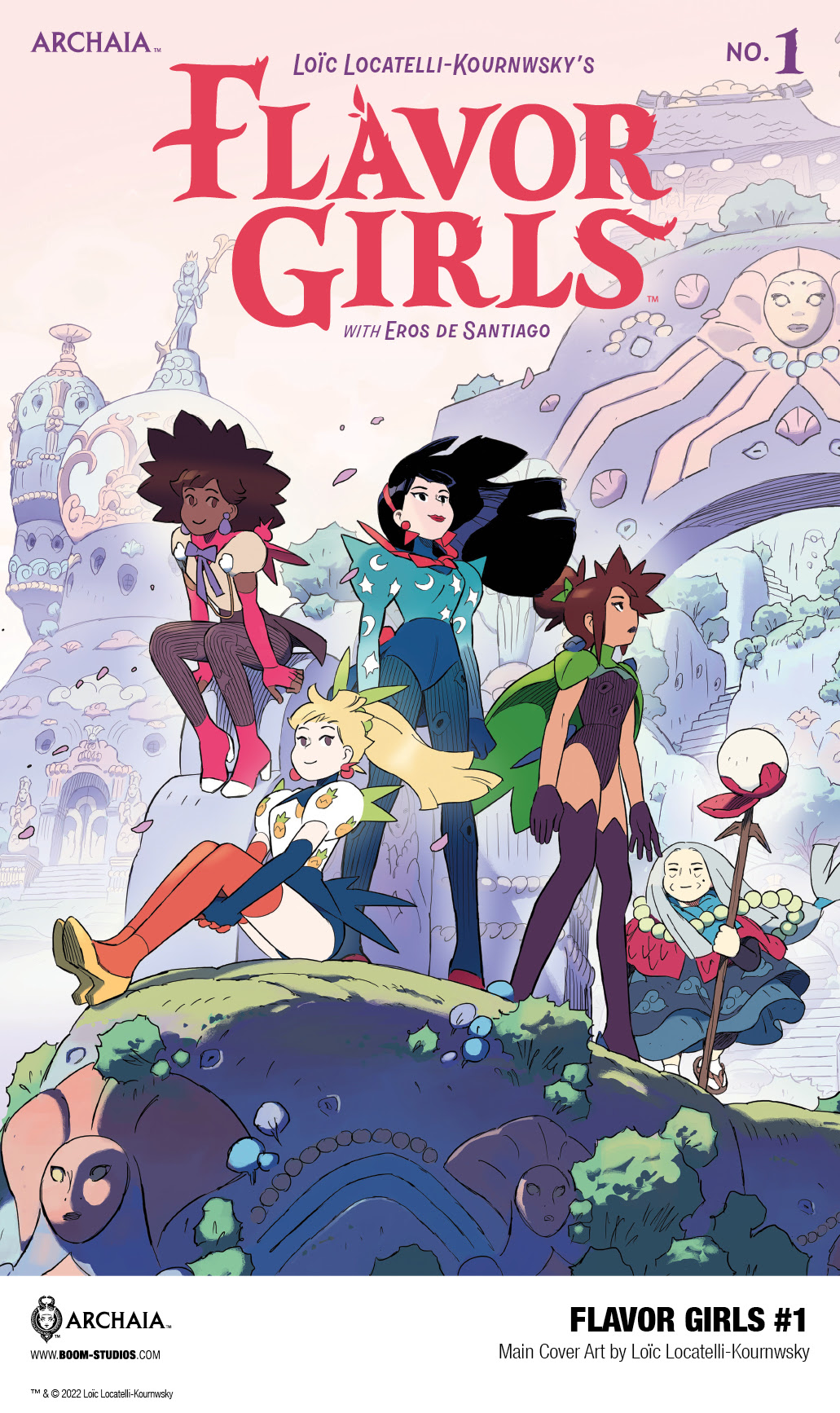 Naoko, Camille, and V are the Dragonfruit, Pomegranate, and Artichoke FLAVOR GIRLS, Sacred Fruit Guardians of Earth! They defend the Mother Tree—the source of their power—from the threat of ever-looming aliens, who landed twelve years ago and whose motives regarding the planet are yet unknown…

Sara’s a young woman studying to become an international peacekeeper until one day she gets caught up in an alien attack. In the midst of battle, she is chosen by the Mother Tree as the newest FLAVOR GIRL with a sacred duty to defend the Earth and all its inhabitants. There’s just one problem… she’s never fought an alien in her life and she has no clue what she’s doing. Can she figure out her powers and her place on the team in time to help save the world?

FLAVOR GIRLS is the newest release from BOOM! Studios’ award-winning Archaia imprint, home to inspiring graphic novels such as Slaughterhouse-Five by Kurt Vonnegut, Ryan North, and Albert Monteys; The Sacrifice of Darkness by Roxane Gay, Tracy Lynne-Oliver, and Rebecca Kirby; Big Black: Stand at Attica by Frank “Big Black” Smith, Jared Reinmuth, and Améziane, The Killer by Matz and Luc Jacamon, We Served the People by Emei Burell, New World by David Jesus Vignolli, Eighty Days by A.C. Esguerra, Better Angels: A Kate Warne Adventure by Jeff Jensen and George Schall, The Short While by Jeremy Sorese, and About Betty’s Boob by Vero Cazot and Julie Rocheleau, as well as the upcoming I’m Still Alive by Roberto Saviano and Asaf Hanuka, and licensed series including Sabaa Tahir’s An Ember in the Ashes, Lev Grossman’s The Magicians, and Jim Henson’s The Dark Crystal: Age of Resistance, The Storyteller, and Labyrinth.

Print copies of FLAVOR GIRLS #1 will be available for sale on July 13, 2022 exclusively at local comic book shops (use comicshoplocator.com to find the nearest one) or at the BOOM! Studios webstore. Digital copies can be purchased from content providers, including comiXology, iBooks, Google Play, and Kindle.

For continuing news on FLAVOR GIRLS and more from BOOM! Studios, stay tuned to boom-studios.com and follow @boomstudios on Twitter. 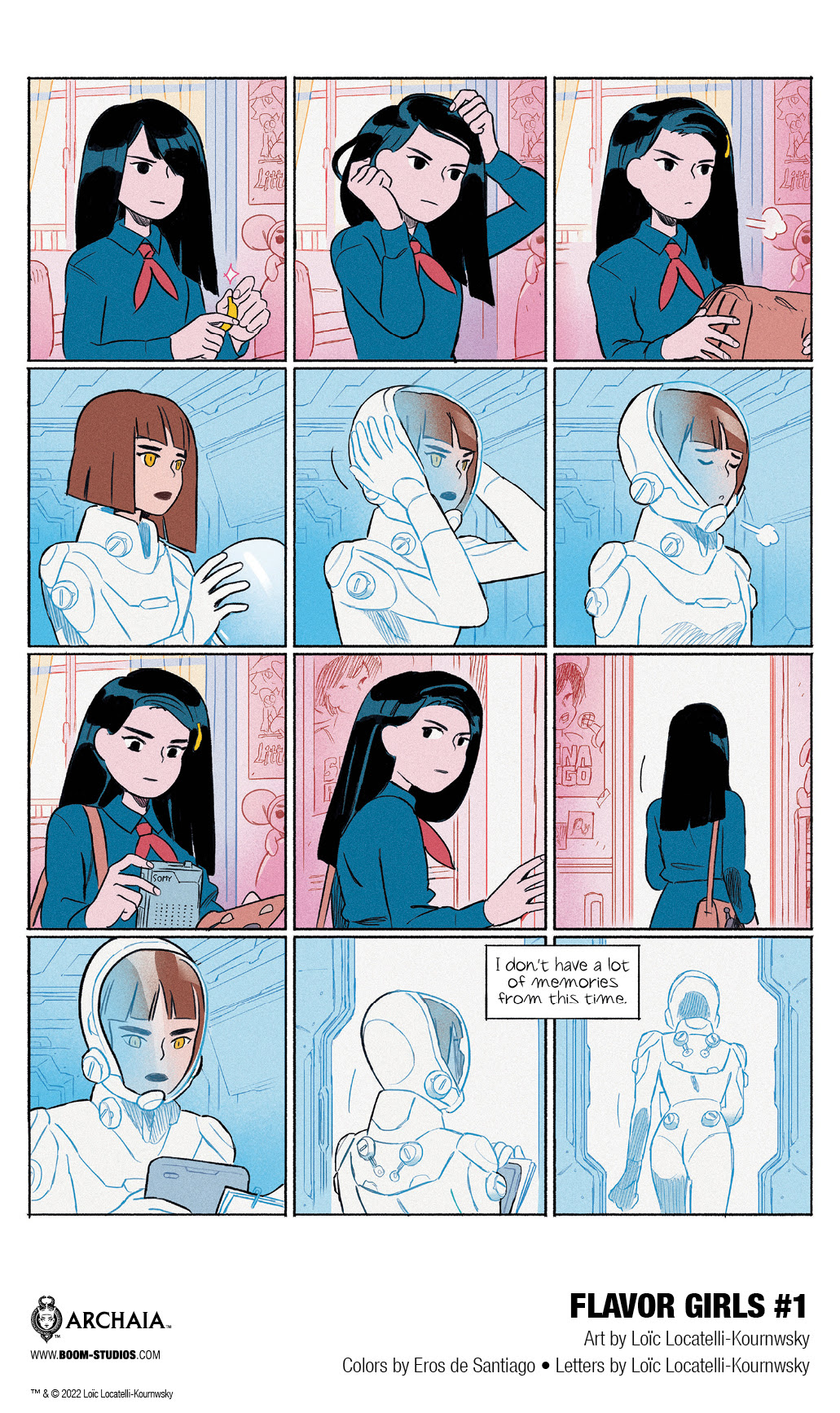 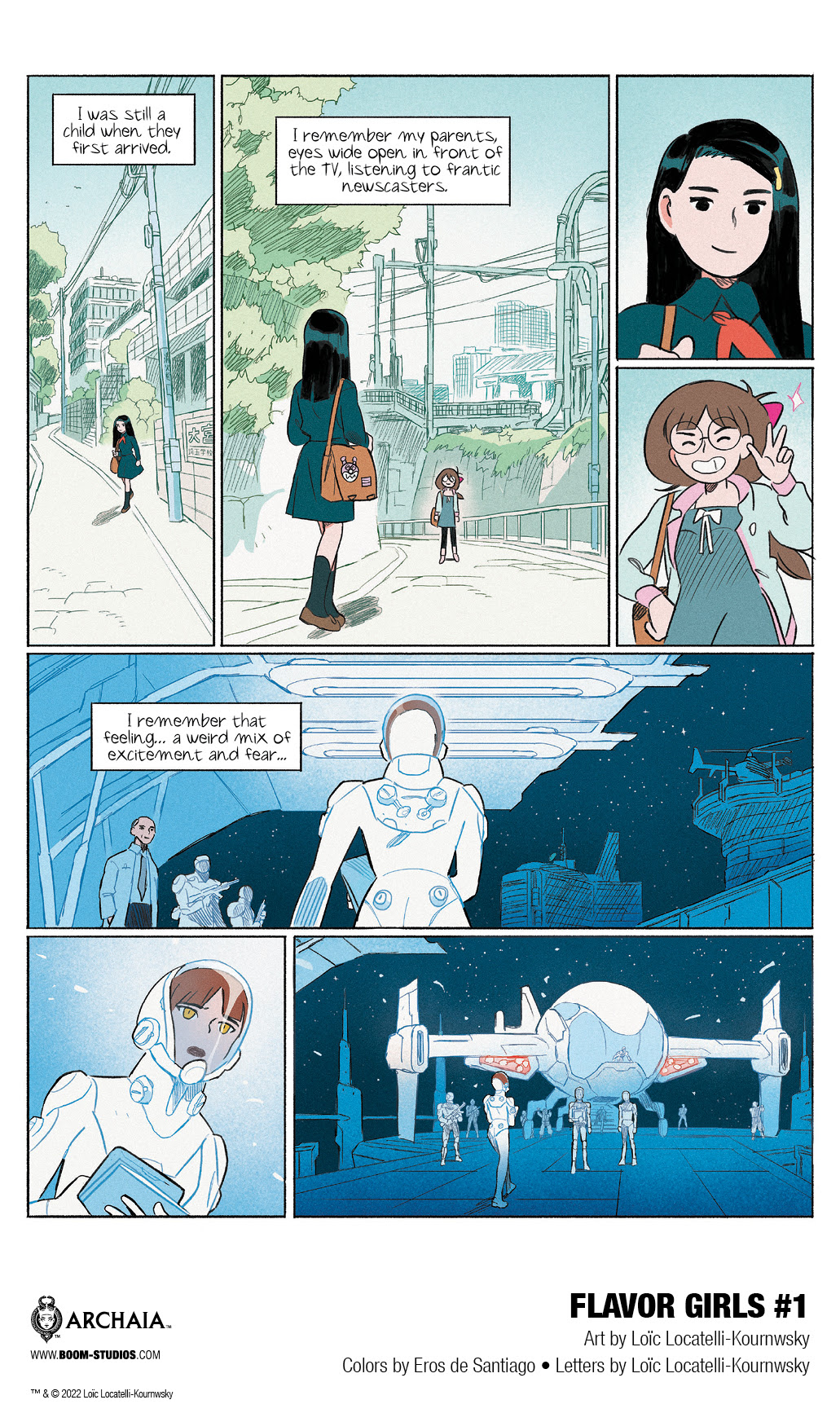 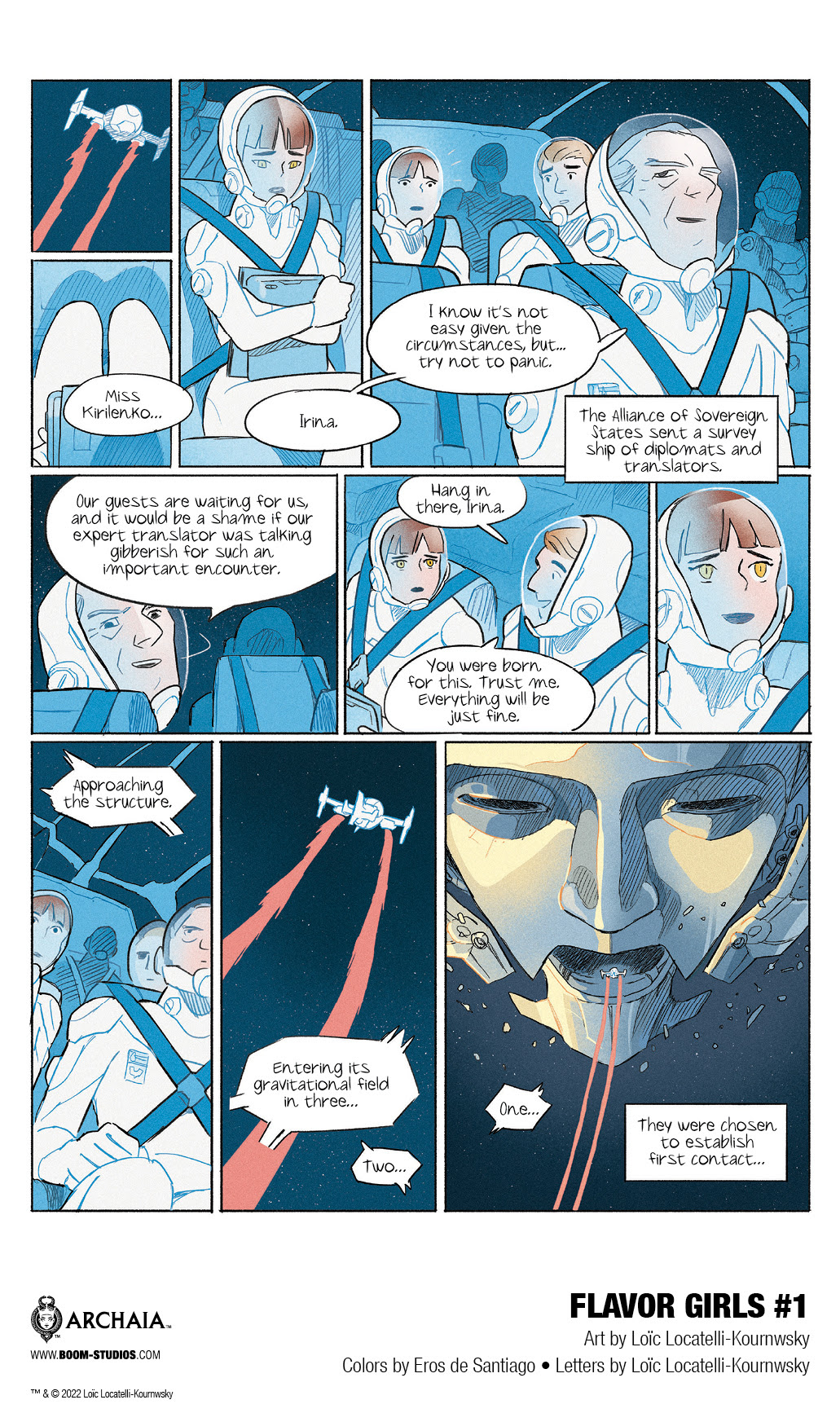 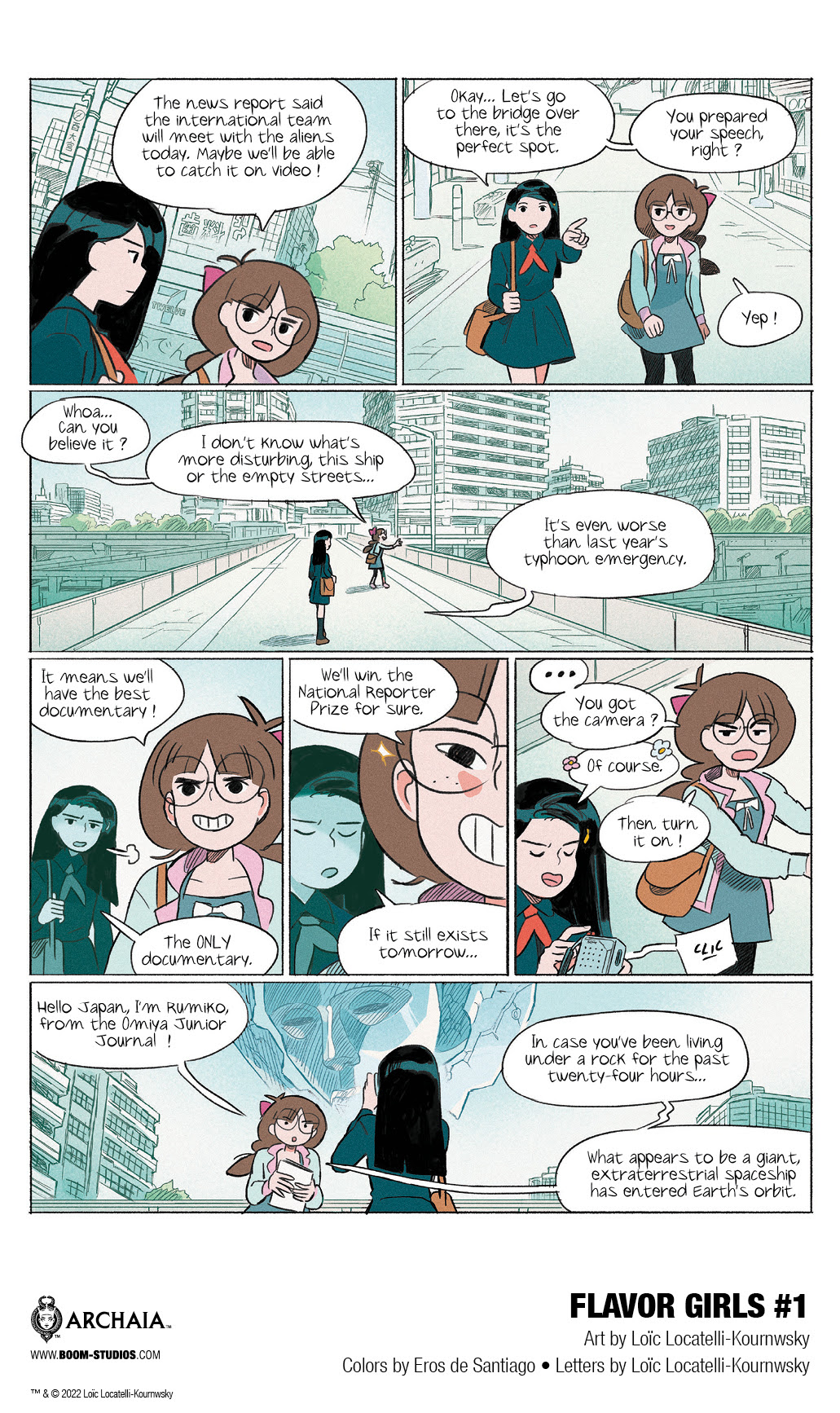 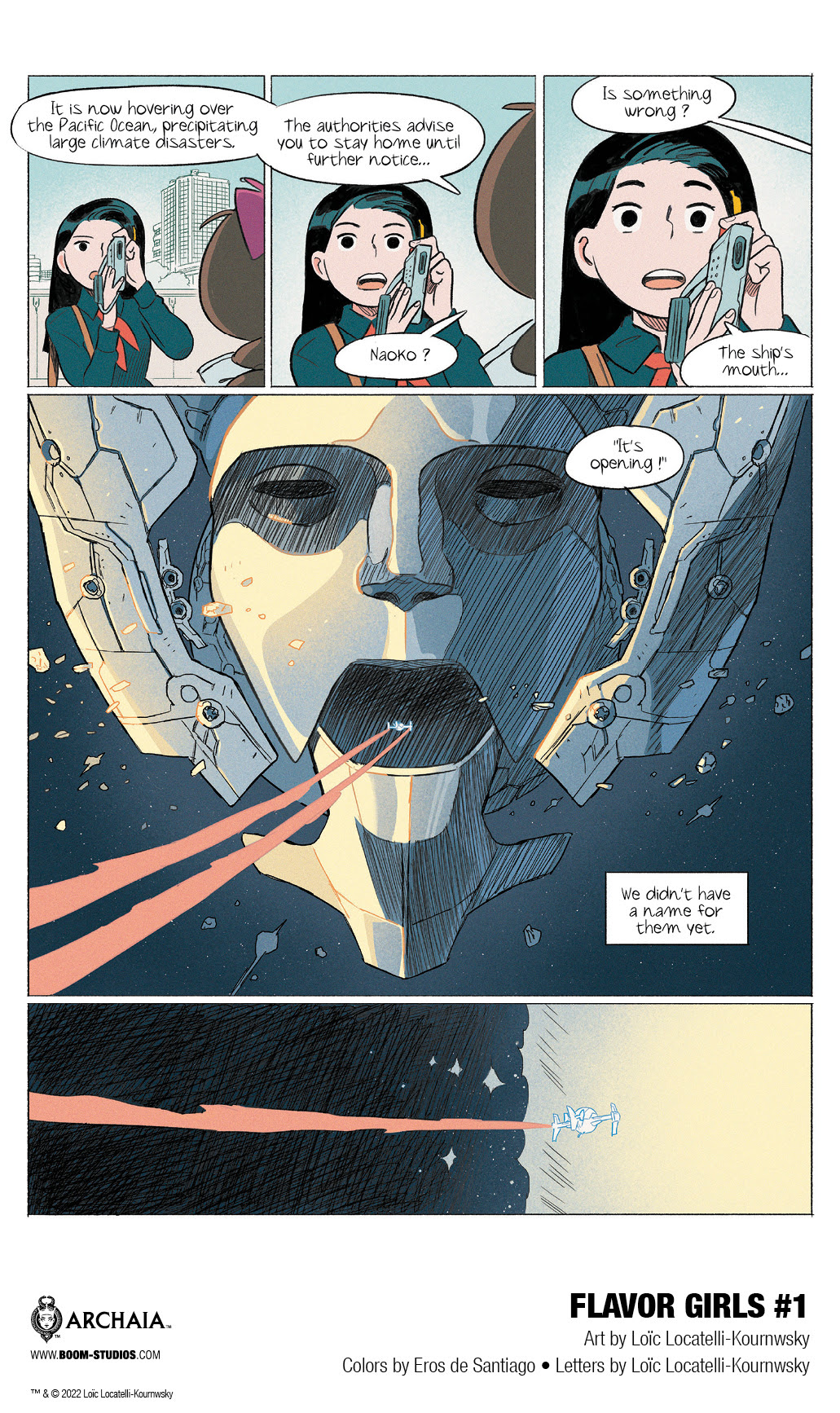 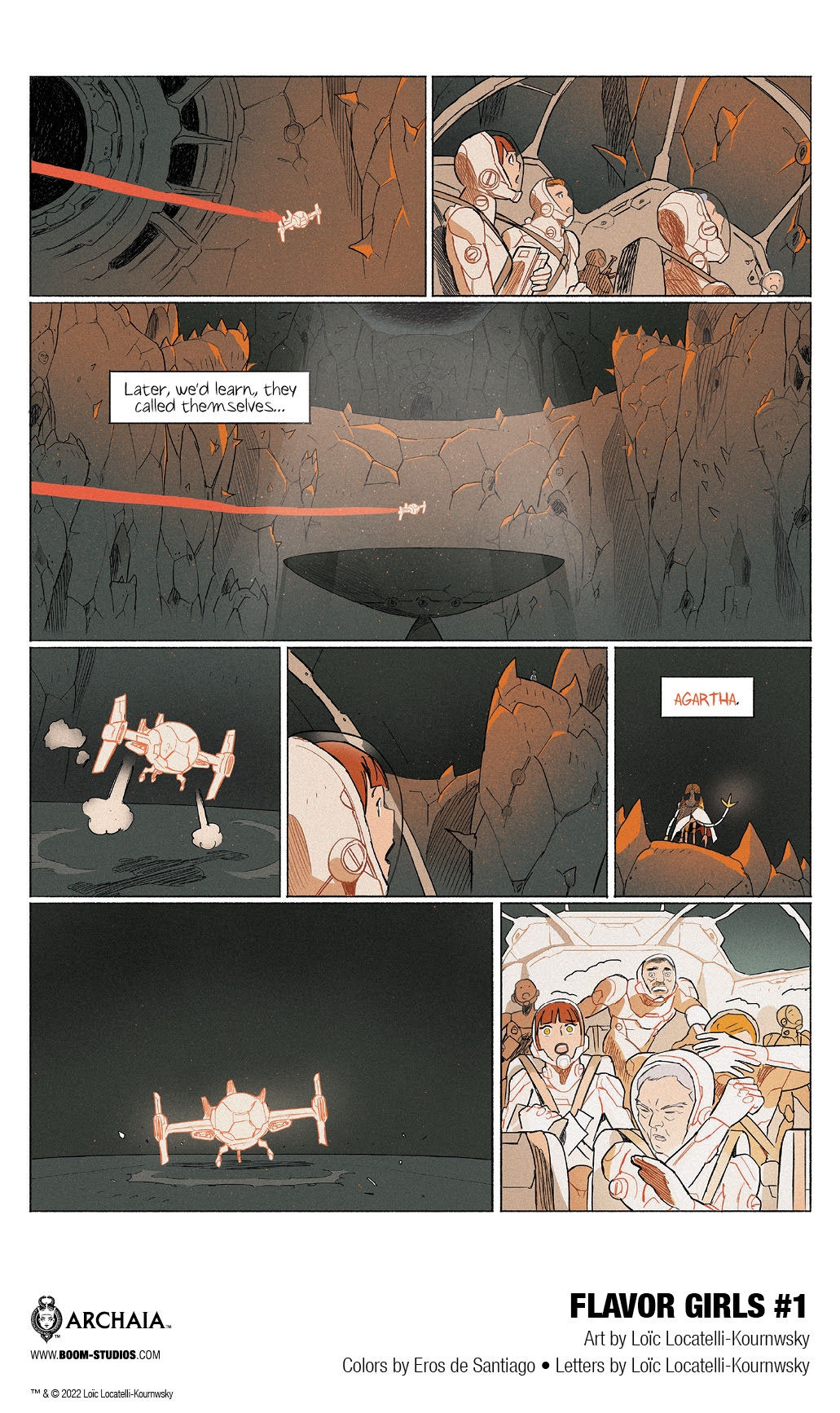 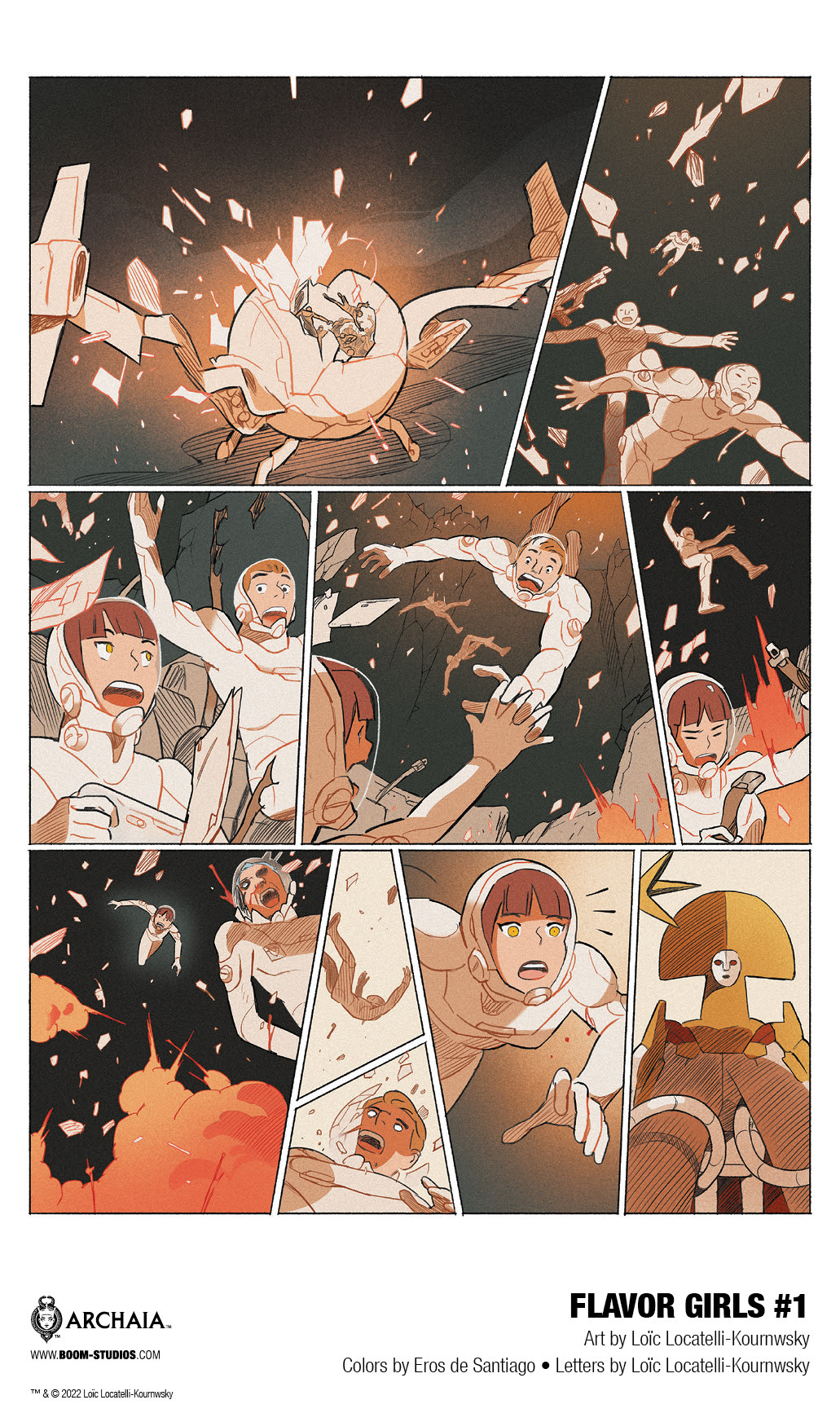 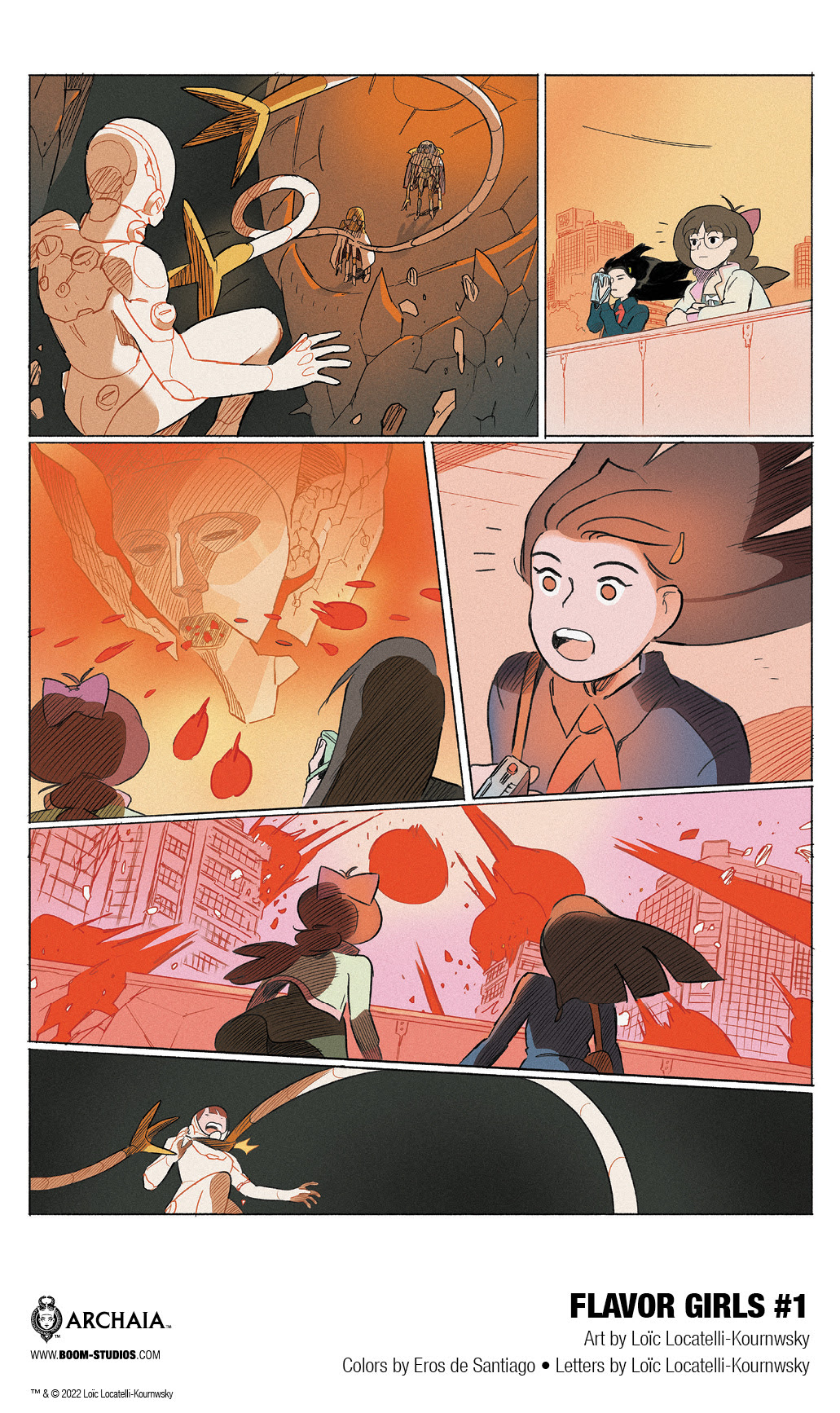 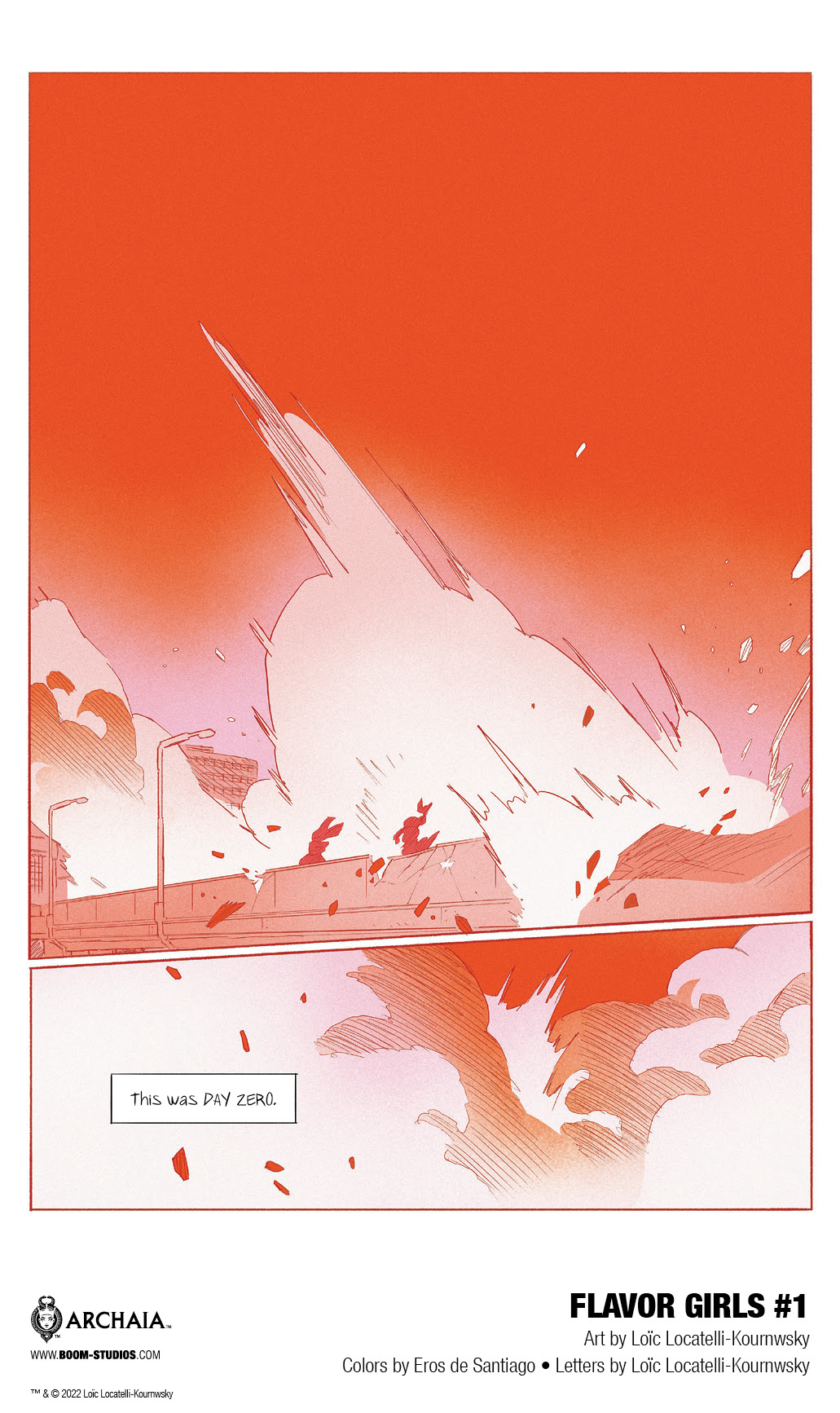 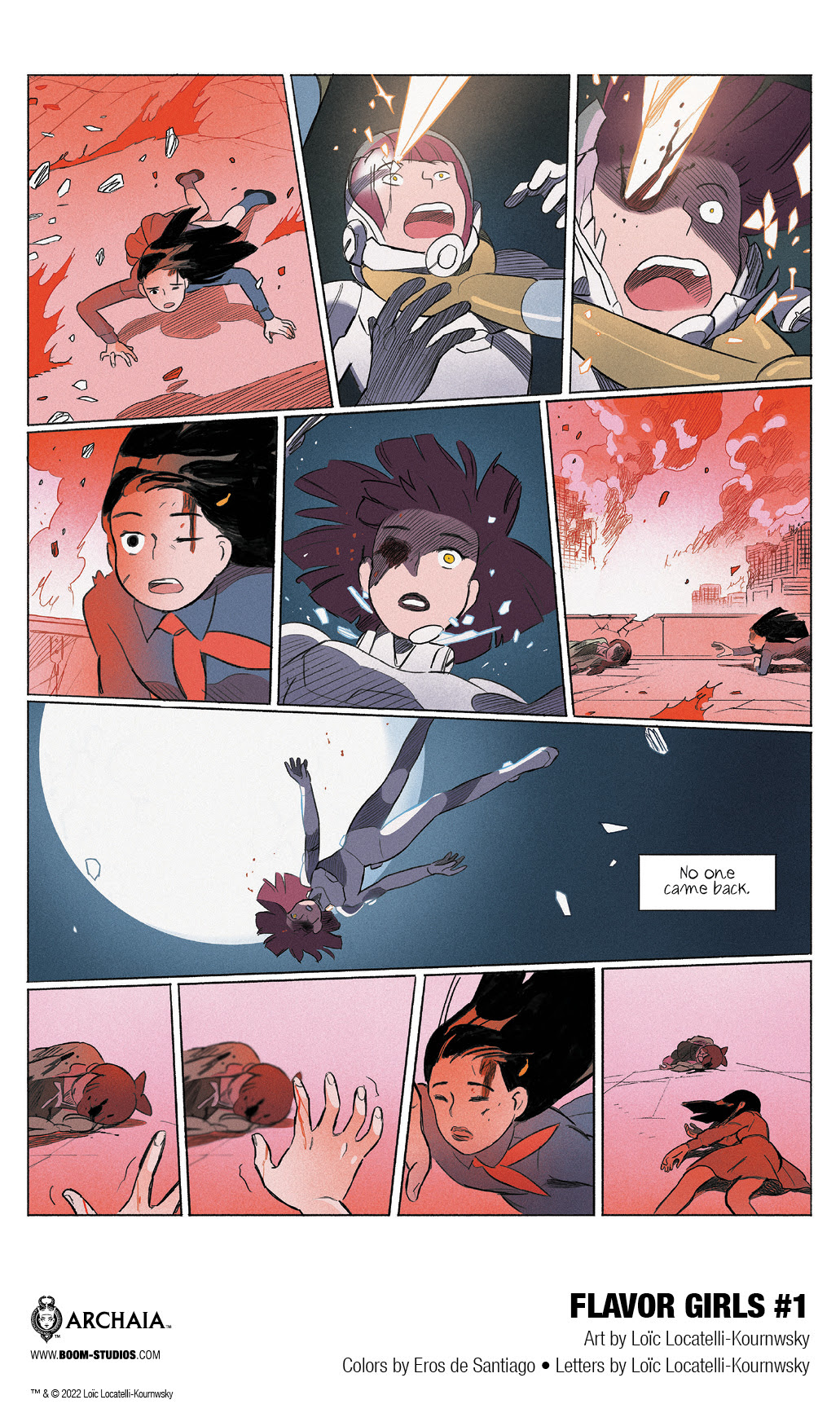 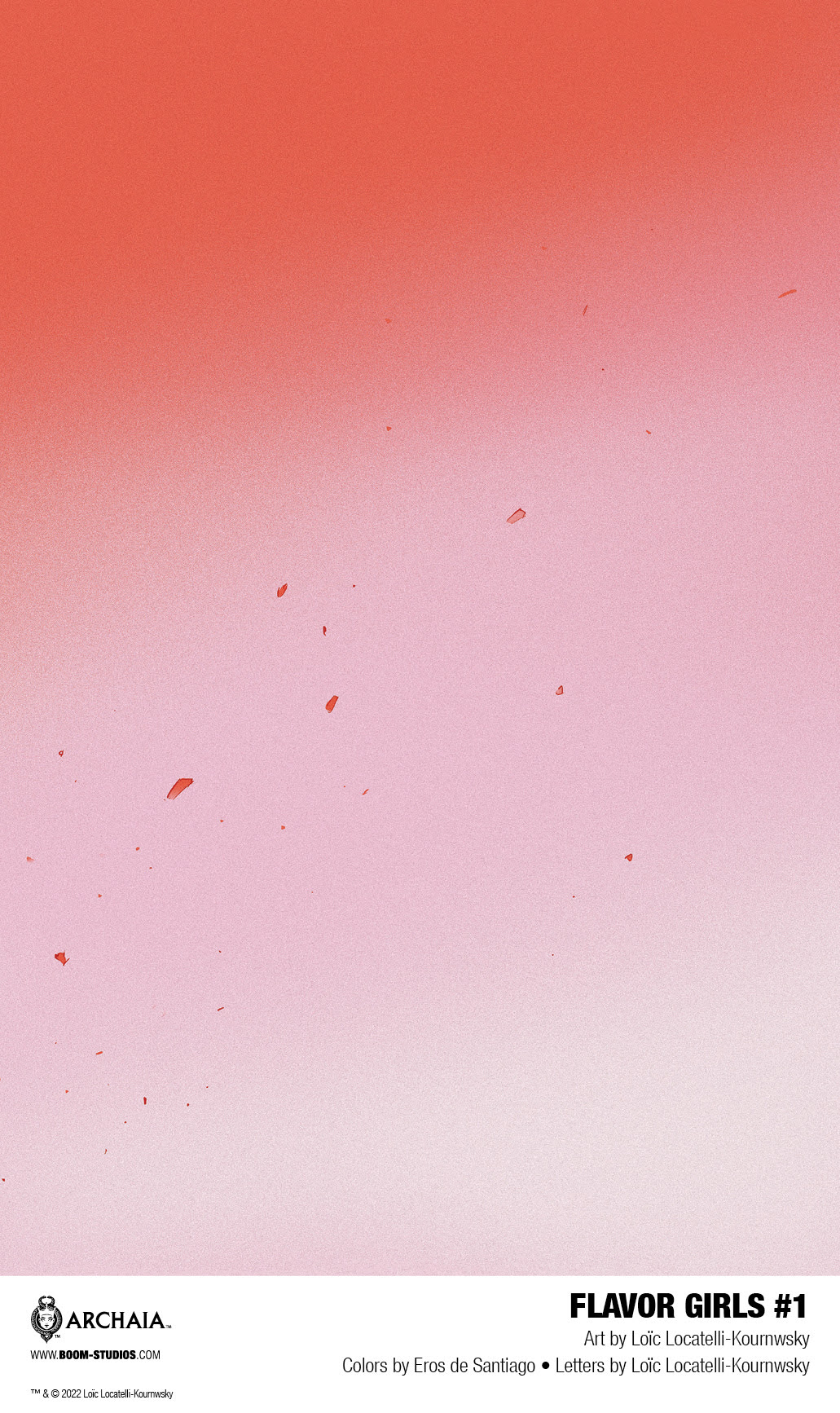 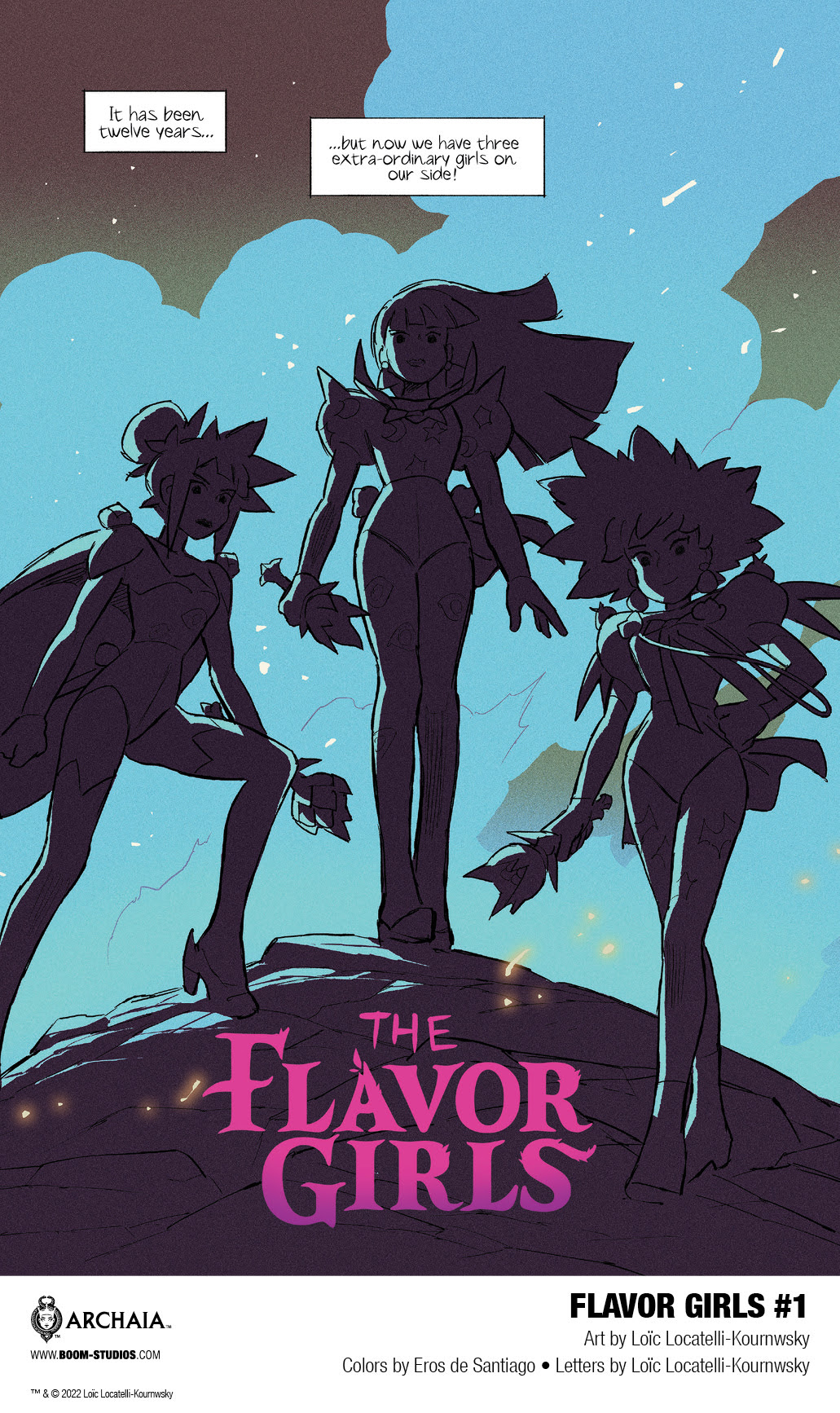