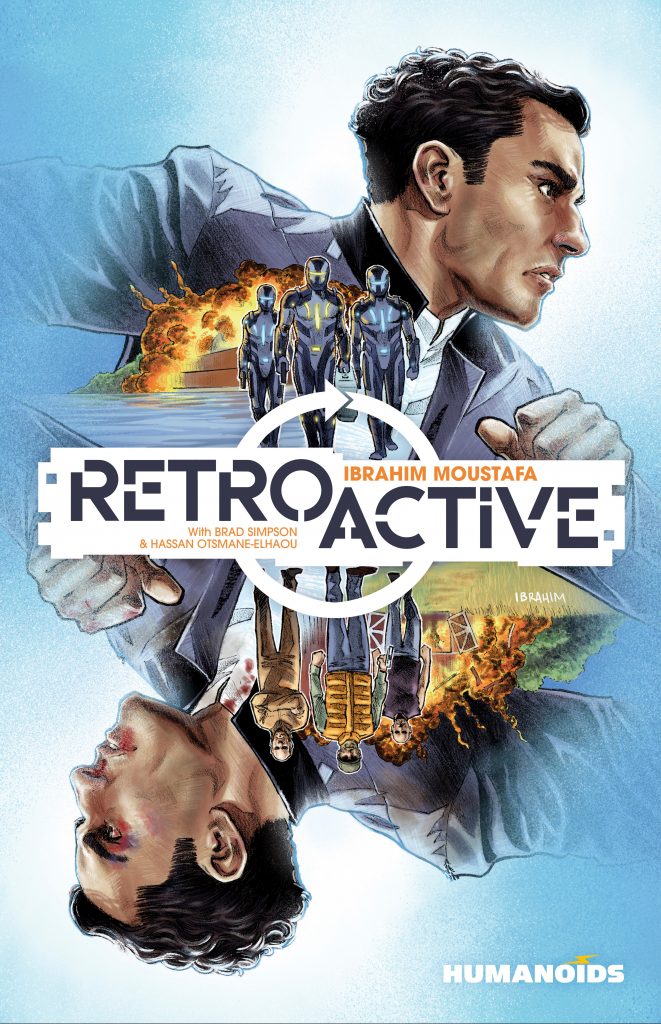 (April 25, 2022) Humanoids, the Los Angeles-based publisher of some of the world’s most iconic and groundbreaking science fiction and fantasy graphic novels, will publish Eisner-nominated writer/artist Ibrahim Moustafa’s graphic novel RETROACTIVE, a sci-fi tale about an agent working for the U.S. Bureau of Temporal Affairs who sets out to discover the source of several anomalies in the timeline—only to become imprisoned in an inescapable time loop. The book is being published on April 26, 2022 as part of a three-book deal between Moustafa and Humanoids, the first of which was the critically acclaimed graphic novel COUNT, which re-imagined the story of The Count of Monte Cristo.

In RETROACTIVE, the discovery of time travel is unknown to the general public, but a new Cold War rages between global intelligence agencies as they attempt to alter historical events in favor of their respective futures. When new intel points the U.S. Bureau of Temporal Affairs (BTA) toward a hostile anomaly in the past, veteran field agent Tarik Abdelnasser and his new partner, Lucia Olmos, are dispatched to investigate. They discover a radical adversary wielding a new technology that could unravel everything the BTA fights to maintain. As Tarik gets closer to the truth, he finds himself trapped in a time loop where an imminent terrorist attack, and his own death, trigger the day to restart. He must keep his sanity intact and find a way to prevent the attack, escape the loop, and return to his own timeline to thwart the destruction of the BTA and everyone inside of it. 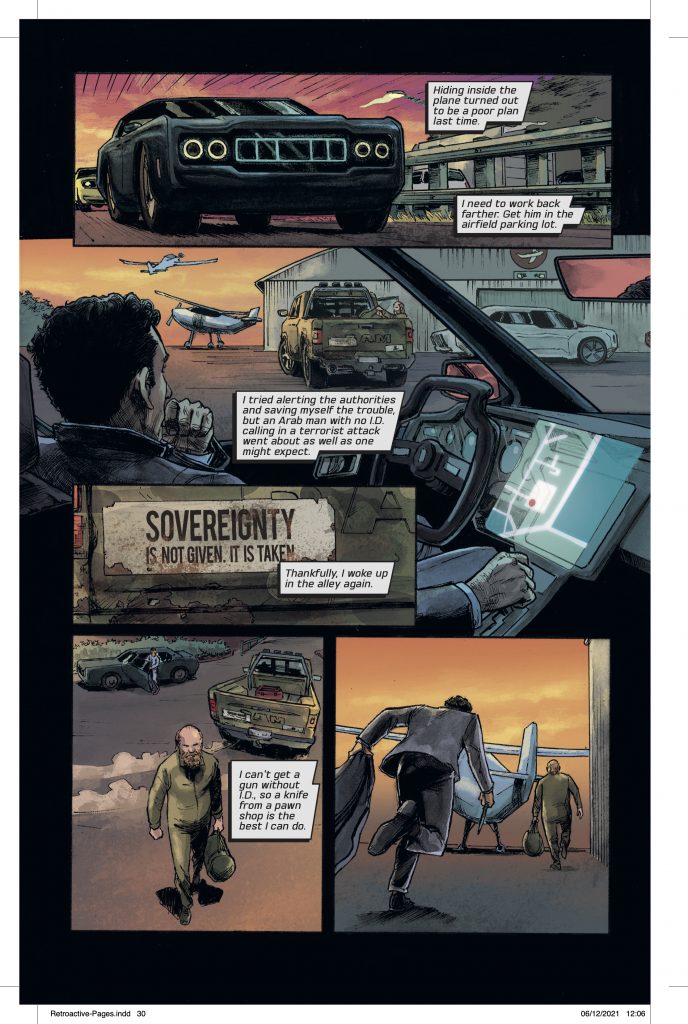 “I’m so thrilled to bring another book to life with Humanoids,” said Ibrahim Moustafa. “They’ve given me the creative autonomy to tell the kinds of stories that I’m most passionate about, and I’m very excited to share this work that the rest of the creative team and I are so proud of. Brad Simpson (colors) and Hassan Otsmane-Elhaou (letters) are at their very best on RETROACTIVE, and I can’t wait for people to see what we made together under the stewardship of Rob Levin, one of the best editors in the industry.”

“RetroActive is a mile a minute thrill ride by a cartoonist at the top of their game. Clear, concise and action-packed storytelling make this a great read with some serious depth. Ibrahim keeps the reader guessing up until the very end. I couldn’t put it down.”—Michael Walsh (The Silver Coin, Comeback)

“Tackling the morality and responsibility involved with time-traveling, RetroActive is a fast-paced time travel story that will have you guessing at every time jump. I devoured this story in one sitting. Ibrahim Moustafa and the team have craft ed a suspenseful story with gorgeous artwork that you won’t be able to put down.”—Stephanie Phillips (Harley Quinn, The Butcher of Paris)

“Breathlessly cinematic. Forget three-dimensional: this is a four-dimensional sci-fi spy epic the likes of which we haven’t seen in decades—if ever.”—Phil Nobile, Jr. (Editor-in-Chief, Fangoria)

“Tightly wound MI6-style espionage with mind-bendingly dangerous time travel. Auteur Ibrahim Moustafa is quickly carving out his own comics niche with one slick, sci-fi action gem after another. RetroActive is a rush. I wish I could travel back in time and experience it fresh all over again.”—Tony Fleecs (Stray Dogs, Time Shopper)