Dark Point Games opens the beta of Achilles: Legends Untold to all players

February 3nd, 2022, Torun. After giving the Achilles: Legends Untold community early access to the beta through the official Discord, Dark Point Games has decided to open the beta up to all players.
“We wanted to make sure our earliest fans got their hands on first and their feedback has been immensely valuable, for both shaping up the beta and the future of the game.” said Paweł Waszak, CEO and Lead Game Designer.
However, due to popular demand the team has decided to open up the beta for all fans as of today. 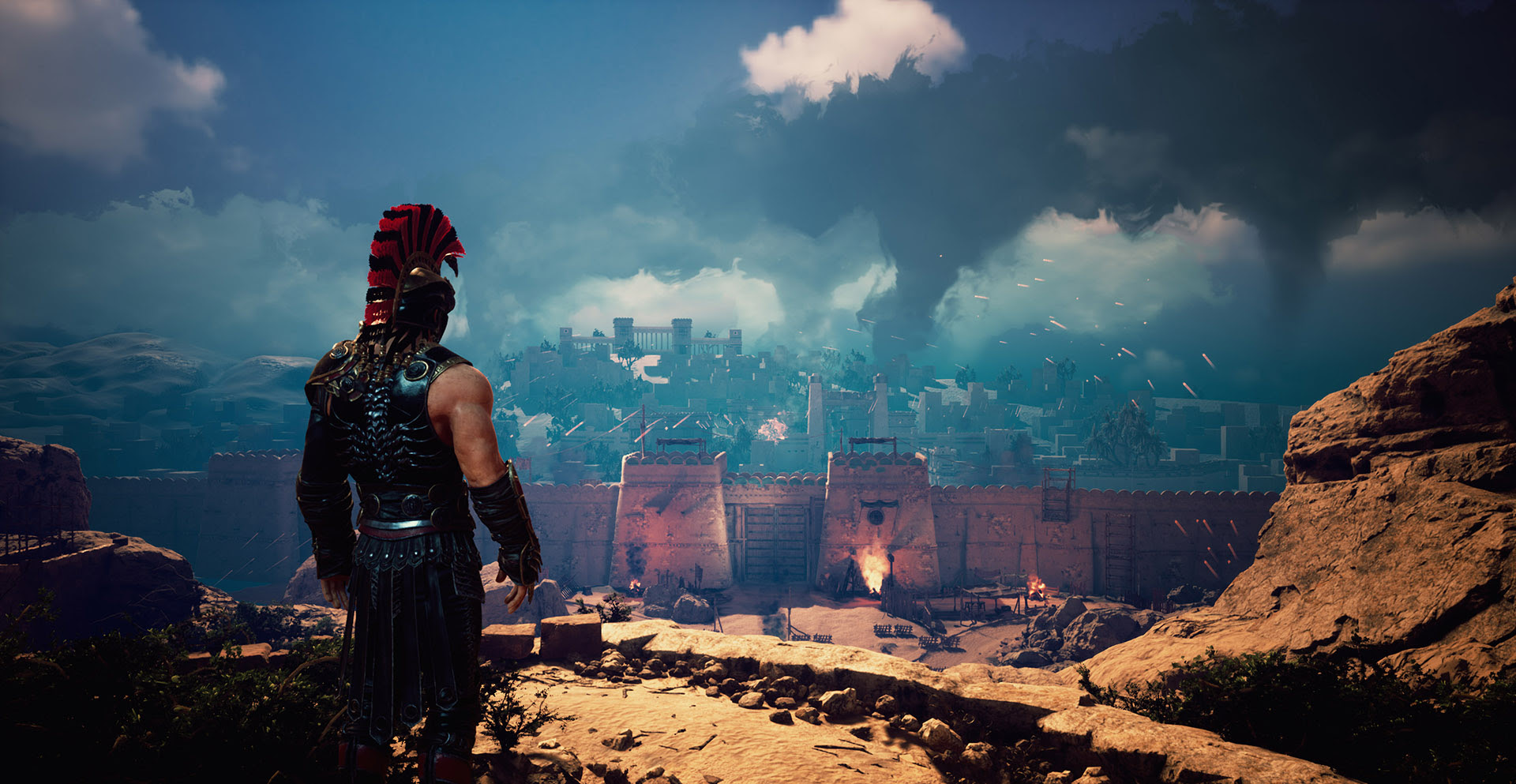 During the beta, players can relive the battle at the gates of Troy, facing legendary warriors like Hektor, Paris and a slew of mythological menaces. While, according to the Iliad, Achilles was at the peak of his unquenchable desire for fame, this battle is only the opening chapter of his untold legends.
The combat in Achilles: Legends Untold brings a unique isometric approach to traditional Souls-like gameplay. Learning enemy movements and timing your attacks will be key, while Dark Point Games also added devastating special abilities like the shield toss to overwhelm enemies with Achilles’ raw power. This way, Achilles: Legends Untold may be enjoyed by souls veterans and new players alike Dark Point Games is a Polish studio made up of industry veterans who decided to create their own company. Their main goal was to arrange a space to create interesting and immersive worlds that would bring players plenty of entertainment. What makes them stand out in the market is the space they offer their employees, wanting each of them to have an area to focus on their individual creativity. The studio is responsible for creating an innovative AI collaboration system called GAIA. They are currently working on their first game, Achilles: Legends Untold.