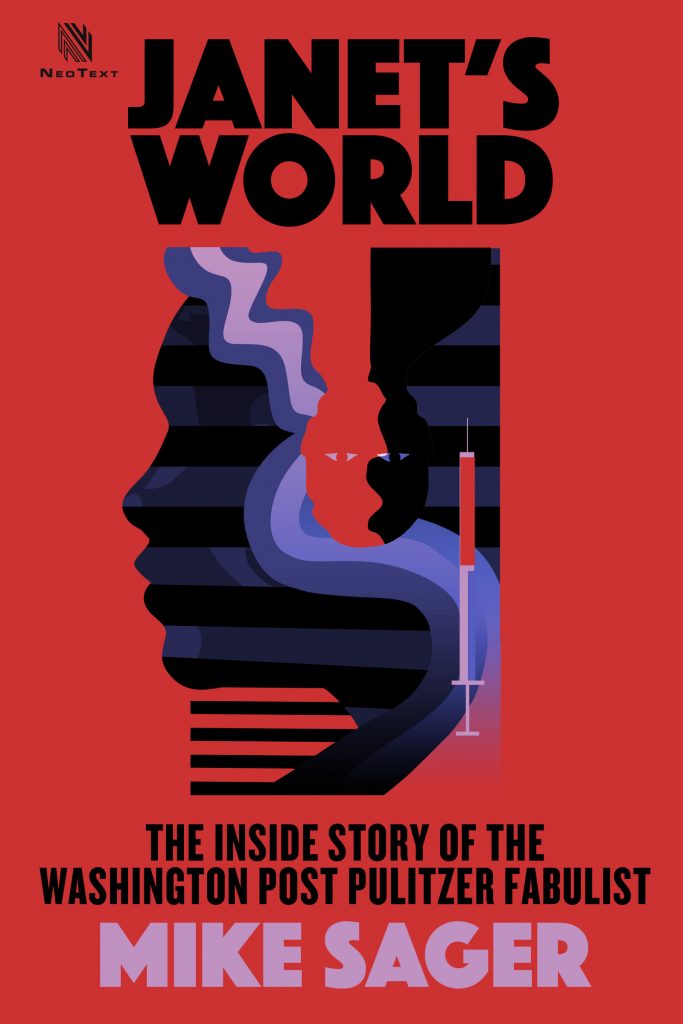 (Feb 23) The latest collaboration between digital publisher NeoText and reporter Mike Sager’s The Sager Group is JANET’S WORLD, a thorough and intimate investigation into the story of former reporter Janet Cooke and the scandal that rocked not just her career but the entire field of journalism. The release of JANET’S WORLD is part of a collaboration between Sager—an esteemed writer for the Washington Post, Rolling Stone, and Esquire for more than forty years—and digital publisher NeoText, created last year in order to release updated, expanded, and remixed versions of some of Sager’s classic reporting, as well as brand-new pieces of journalism written and developed in collaboration with Sager’s indie publishing house.

Janet Cooke caused one of the biggest scandals in the history of journalism when her 1981 Pulitzer Prize-winning article, about an eight-year-old heroin addict, turned out to be a fabrication. Cooke, a Black reporter for the Washington Post, worked under the legendary editors Ben Bradlee and Bob Woodward during a period of time when employers were seeking to diversify newsrooms and other workplaces through a program known as Affirmative Action. Her disgrace was a jarring wakeup call for the news industry. Vilified by history as a fabricator, Cooke’s difficult role as an African American professional woman during this era is often overlooked.

Cooke’s transgressions rocked the foundations of public trust the press had built since the Vietnam and Watergate eras, when the 4th Estate was seen as a force for objective reporting and an advocate for the public good. Immediately, Cooke became infamous, the first in a line of publicly exposed fabulists, including Stephen Glass of the New Republic and Jayson Blair of the New York Times. Cooke’s case also came to symbolize myriad issues in journalism and beyond: the use of unnamed sources, diversity recruitment, newsroom ethics, resume fraud, and the tendency of some writers, operating in the genre known as creative nonfiction, to take license in the pursuit of more literary storytelling.

JANET’S WORLD, written by her former boyfriend and fellow Post staffer Mike Sager, is Cooke’s only in-depth interview. While faithful to the basic fact-finding contained in the Washington Post’s internal investigation of the case, easily available online, Sager’s work plums the depths of Cooke’s persona and upbringing, telling the human story behind the headlines and casting a light on racial inequities of the time. The book also contains new material documenting the lasting effects of the Cooke scandal—on journalism and the world at large.

JANET’S WORLD is available digitally and in paperback on the NeoText website, Amazon, and wherever books and eBooks are sold.