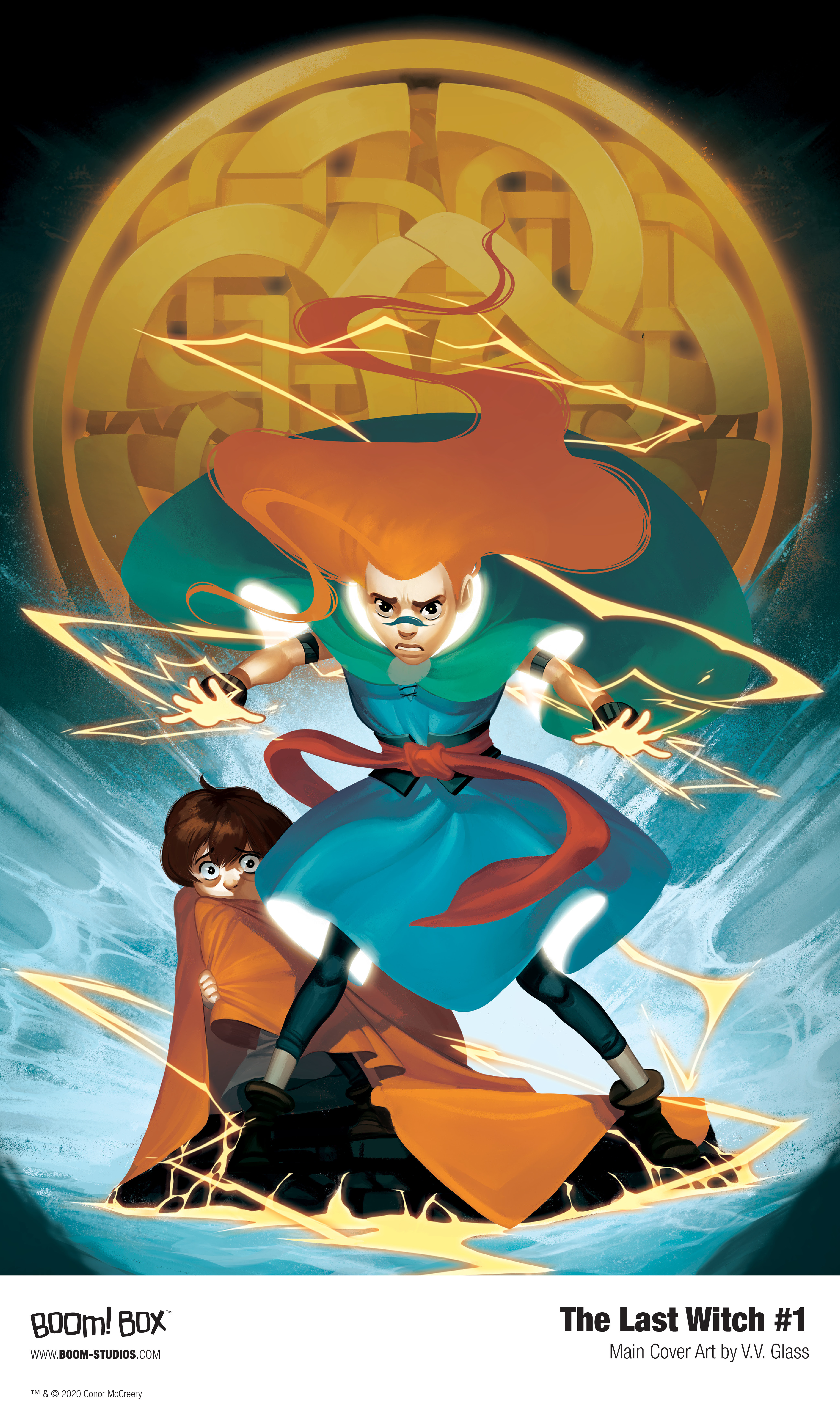 On the day of an annual festival, young Saoirse’s father and entire village are destroyed by the vengeful Cailleach. Now, on the run with her mysterious Nan and her younger brother Brahm, Saoirse discovers that the blue-black birthmark across her shoulder that has always made her an object of teasing is actually a powerful witchmark, which allows her to resist dark magick…and take it for herself.

Nan must teach Saoirse to control her powers so that she can combat the dreaded Cailleach and her devious handmaidens, before they can release the terrifying Eater of Worlds from the faerie lands — and destroy all living things!

“THE LAST WITCH is the perfect story for all the magical humans out there who are on the verge of discovering their destinies,” said Shannon Watters, Senior Editor, BOOM! Studios. “Vengeance, fantasy, and fate all combine in this exciting new adventure series, and we can’t wait for readers to catch a glimpse of the magic Conor, V.V., Natalia, and Jim are brewing!”

Print copies of THE LAST WITCH #1 will be available for sale in January 2021 exclusively at local comic book shops (use comicshoplocator.com to find the nearest one) or at the BOOM! Studios webstore. Digital copies can be purchased from content providers, including comiXology, iBooks, Google Play, and Madefire.

For more on THE LAST WITCH and other projects from BOOM! Studios, stay tuned to boom-studios.com and follow @boomstudios on Twitter. 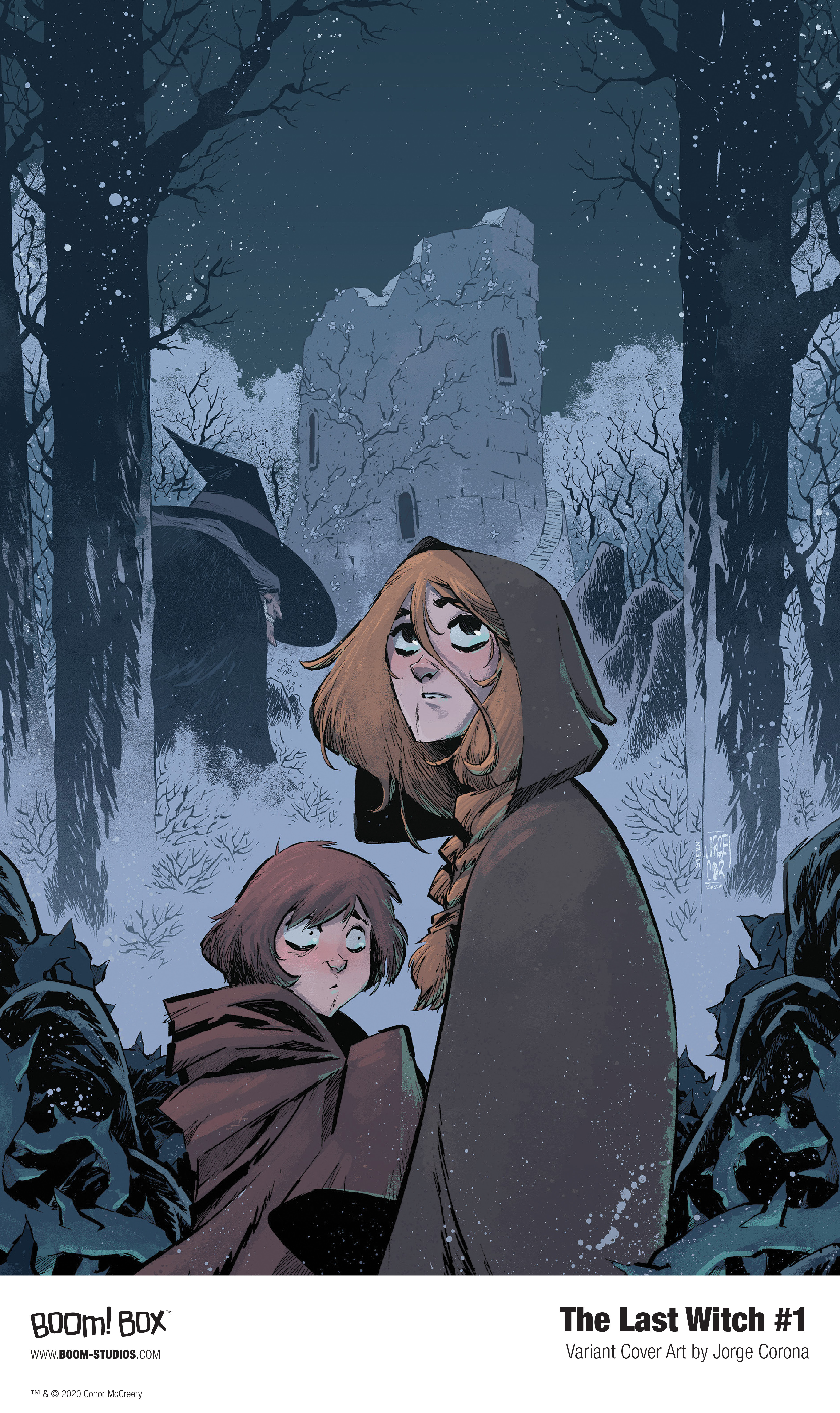