Morbid: The Seven Acolytes will be getting the Signature Edition treatment this year on both PlayStation 4 and Nintendo Switch alongside standard retail versions.

Manchester, UK – September 1st, 2020 — After making a great impact over the weekend across Gamescom 2020 with new video showcases across both the Future Games Show and IGN’s Gamescom Studio, Merge Games unveil that they will be bringing their anticipated brutal isometric action-RPG Morbid: The Seven Acolytes to retail! Dropping this year, Merge will release both a Signature Edition and standard retail version of the game across PlayStation 4 and Nintendo Switch.

Having gained an increased level of momentum as one of 2020’s indie titles to watch out for, Morbid blends epic, brutal boss encounters, RPG mechanics, deep immersive lore, and a diverse world to explore.

The Signature Edition version will include:

Filled with Lovecraftian horrors and Cronenbergian gore, players will be able to explore the diverse fantasy world of Morbid later this year! For everything on Morbid: The Seven Acolytes, check out the Merge Facebook and Merge Discord page. 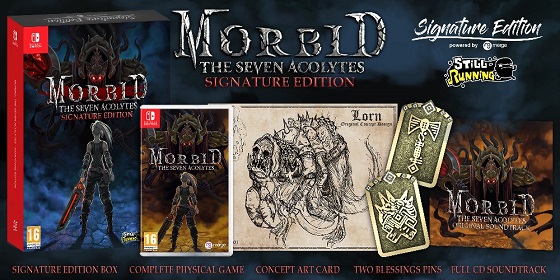 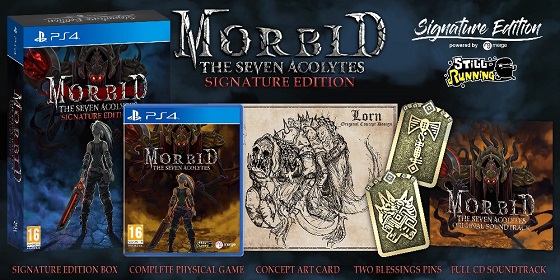 A link to the press kit can be found here. Steam Wishlist here.