Your First Look at Dan Panosian and Marianna Ignazzi’s AN UNKINDNESS OF RAVENS From BOOM! Studios 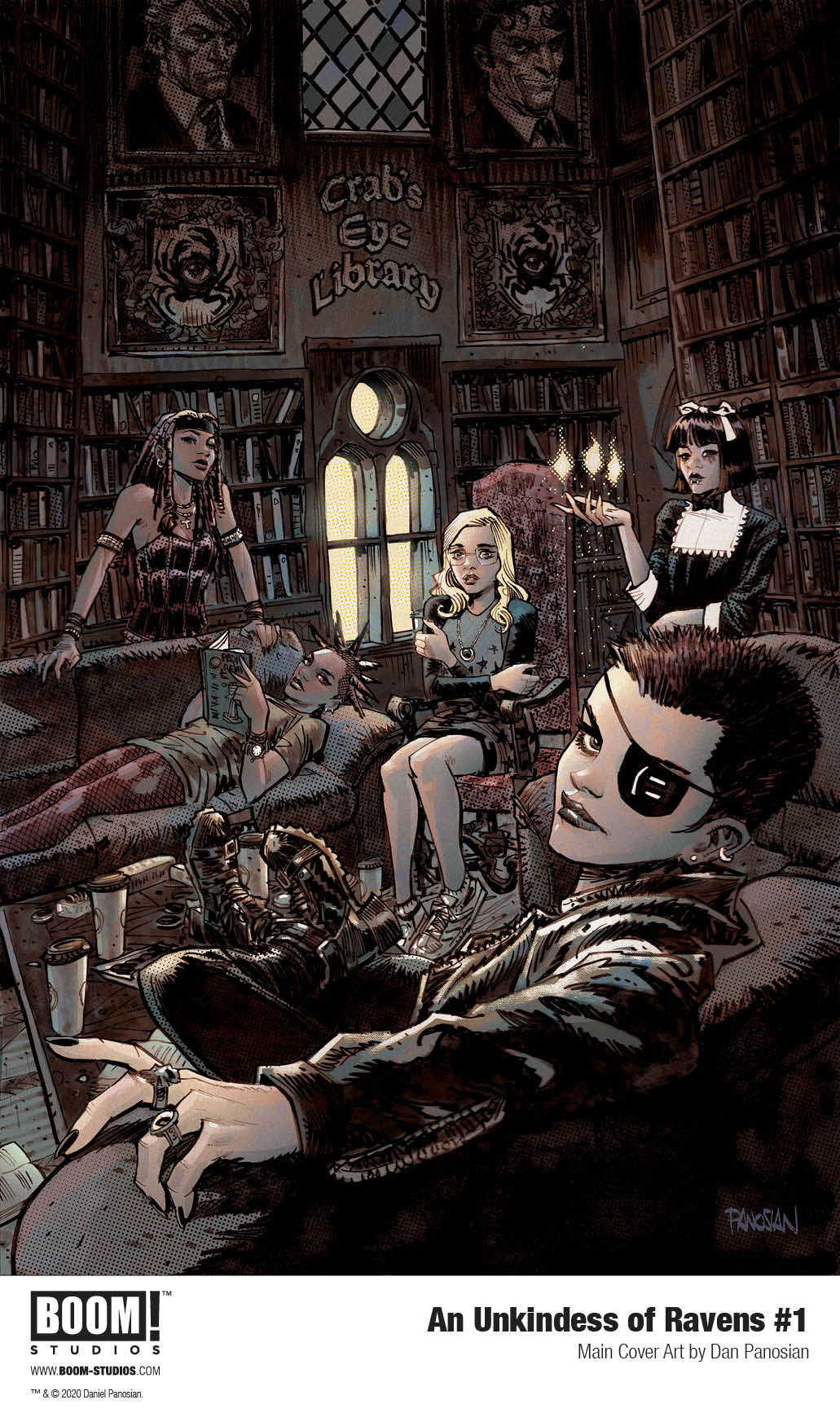 Not all the witches burned during the Salem Witch Trials—and the ones that survived did so together, protecting the ancient secrets entrusted to them for generations. They call themselves the Ravens.

Wilma is the new girl in school, and she plans to go completely unnoticed—except that she bears an eerie resemblance to the Raven member Waverly, who just went missing. The truth behind Waverly’s disappearance will put the entire coven in danger—and Wilma will have to rely on power she never knew she had if she wants to save her new friends.

AN UNKINDNESS OF RAVENS #1 features main cover art by Dan Panosian, as well as variant cover art by Jenny Frison (Something is Killing the Children), Qistina Khalidah (The Magicians) and more.

AN UNKINDNESS OF RAVENS #1 is the latest release from BOOM! Studios’ eponymous imprint, home to critically acclaimed original series, including Once & Future by Kieron Gillen and Dan Mora; Something is Killing the Children by James Tynion IV and Werther Dell’Edera; Faithless by Brian Azzarello and Maria Llovet; The Red Mother by Jeremy Haun and Danny Luckert; Alienated by Simon Spurrier and Chris Wildgoose; King of Nowhere by W. Maxwell Prince and Tyler Jenkins; Wynd by James Tynion IV and Michael Dialynas; Seven Secrets by Tom Taylor and Daniele Di Nicuolo; and We Only Find Them When They’re Dead by Al Ewing and Simone Di Meo. The imprint also publishes popular licensed properties including Joss Whedon’s Firefly from Greg Pak and Dan McDaid; Buffy the Vampire Slayer from Jordie Bellaire and Ramon Bachs; Angel from Bryan Edward Hill and Gleb Melnikov; and Mighty Morphin and Power Rangers from Ryan Parrott, Marco Renna, and Francesco Mortarino.

Print copies of AN UNKINDNESS OF RAVENS #1 will be available on September 23, 2020 exclusively at local comic book shops (use comicshoplocator.com to find the one nearest you), or at the BOOM! Studios webstore. Digital copies can be purchased from content providers like comiXology, iBooks, Google Play, and Madefire.

For continuing news on the AN UNKINDNESS OF RAVENS series and more from BOOM! Studios, stay tuned to boom-studios.com and follow @boomstudios on Twitter. 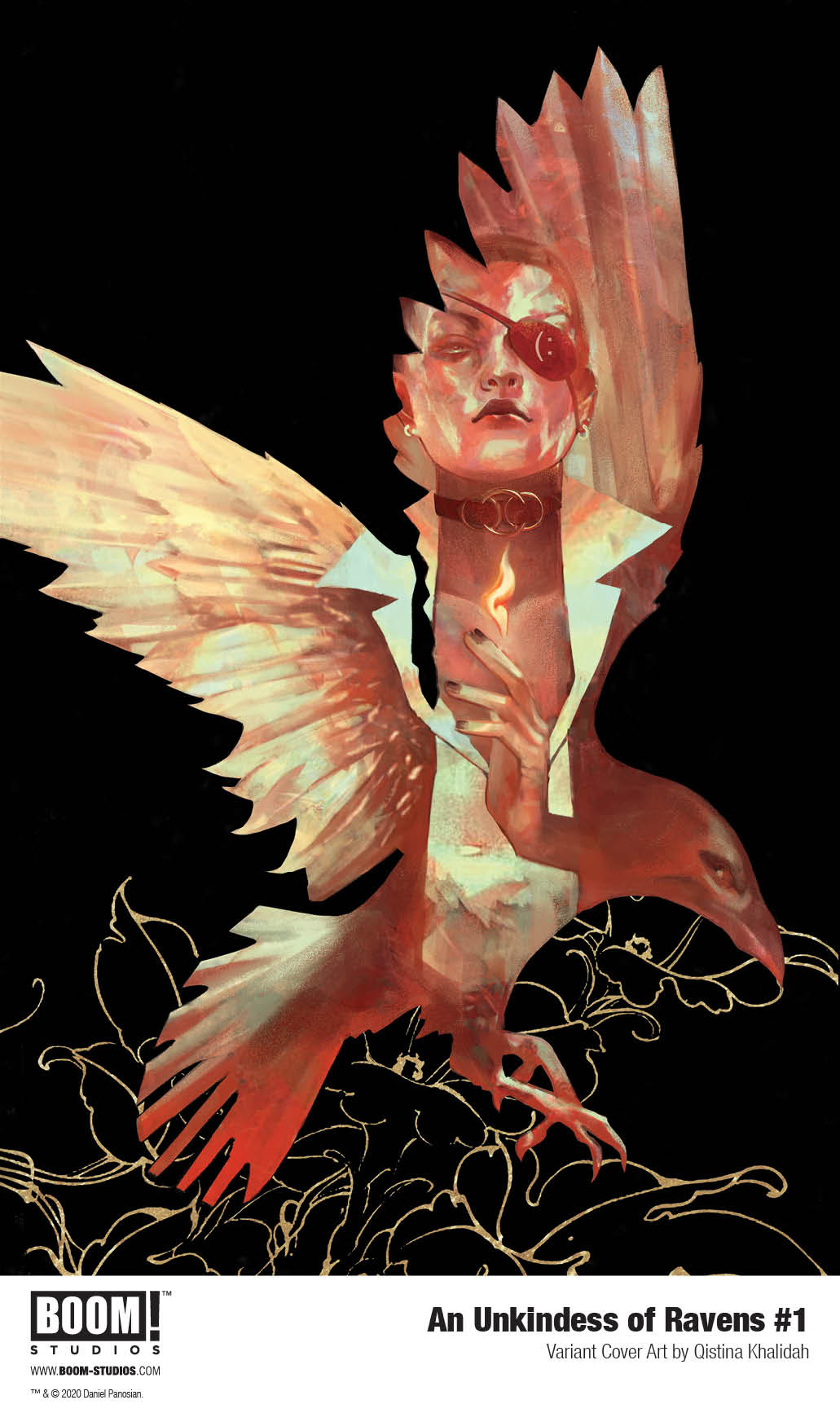 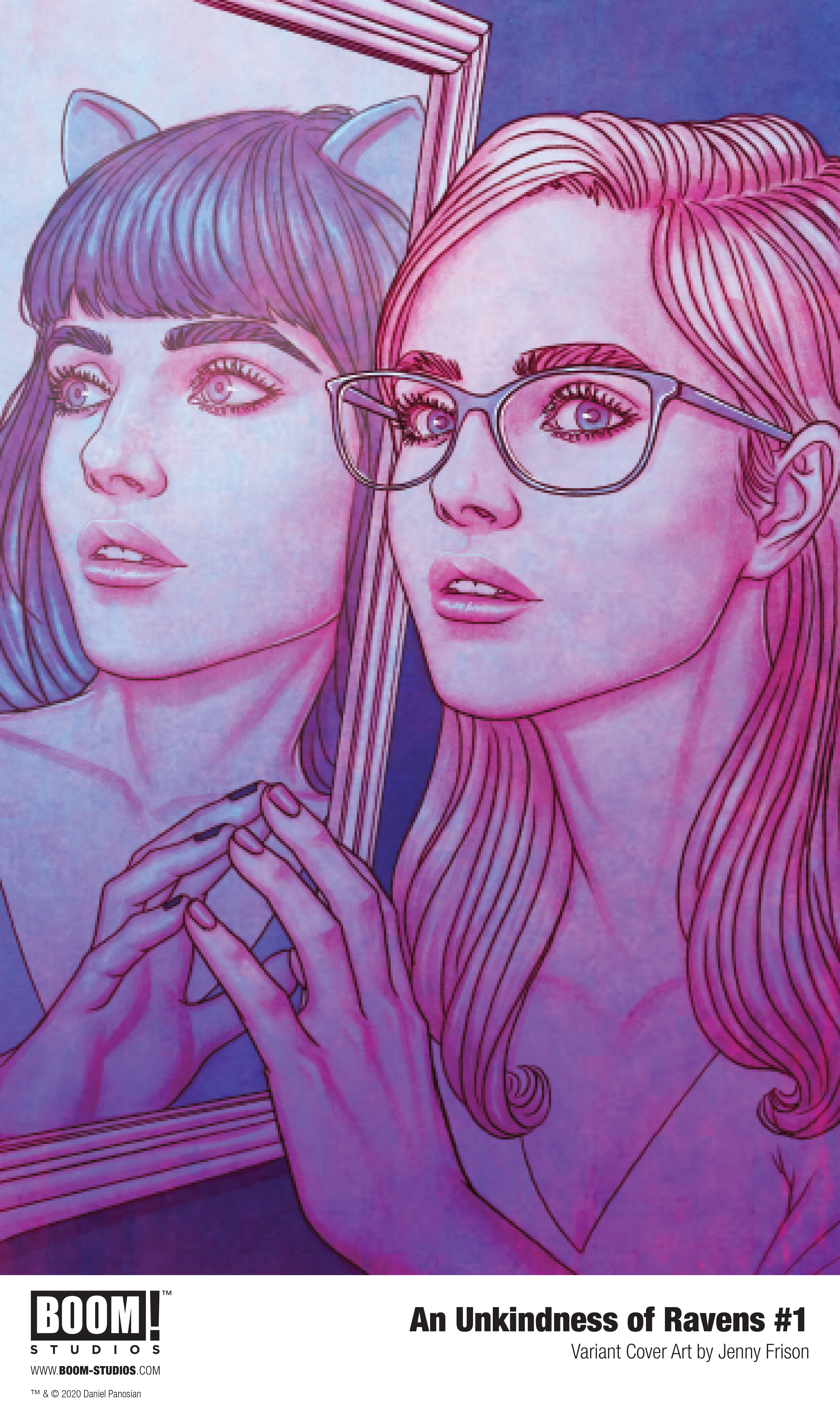