A New Look at HAPPINESS WILL FOLLOW From BOOM! Studios

“Hawthorne is a lauded Eisner- and Harvey-nominated cartoonist… and his spectacular illustrative skills are especially evident throughout.”—Booklist, Starred Review 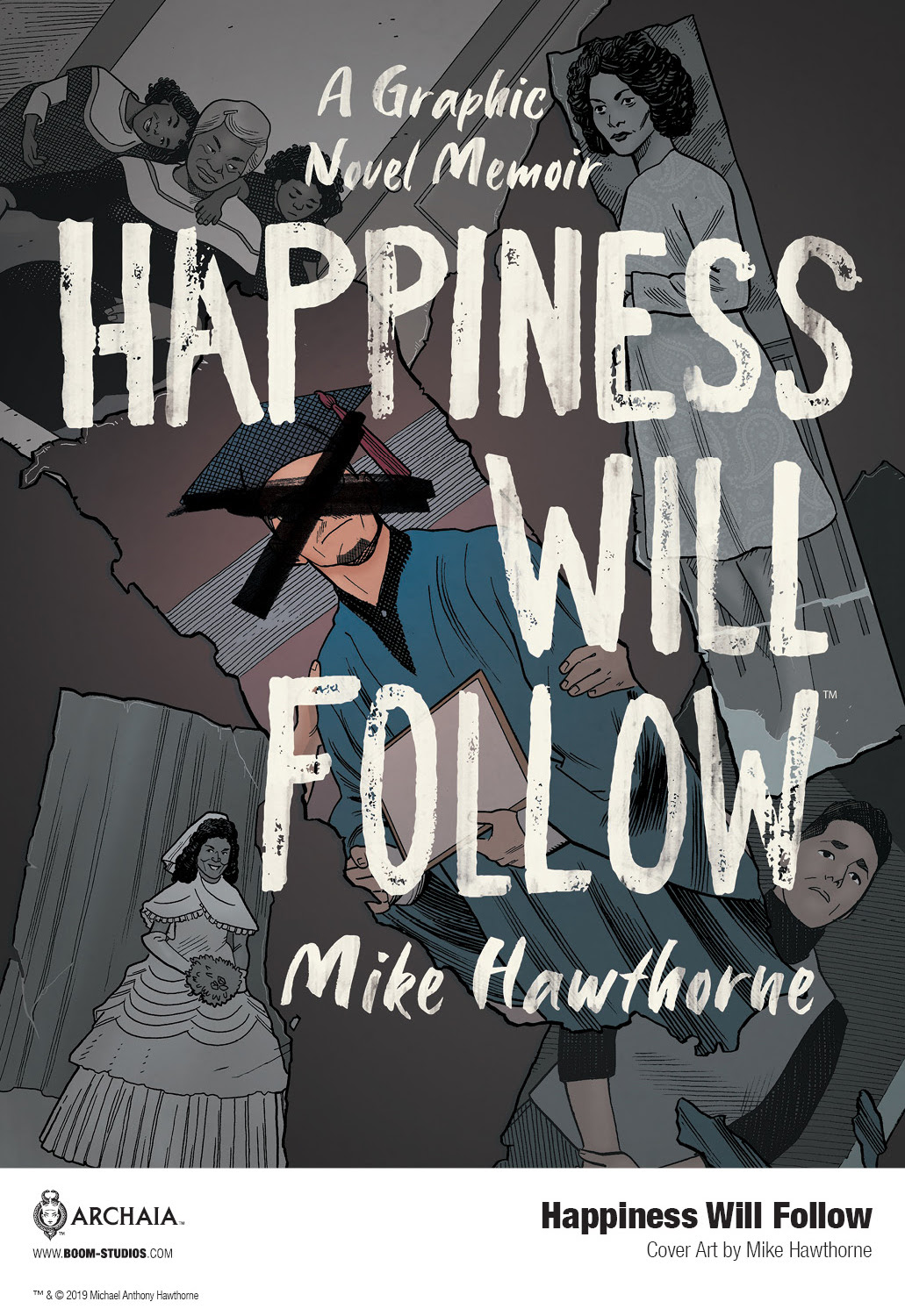 LOS ANGELES, CA (July 1, 2020) – BOOM! Studios is proud to reveal a brand new look at the original graphic memoir HAPPINESS WILL FOLLOW from Eisner and Harvey Award-nominated cartoonist Mike Hawthorne (Deadpool, Superior Spider-Man) as he tells the true and tragic story of enduring abuse and discovering a love of art that helped him to build the home he never had in this graphic memoir about family, survival, and what it means to be Puerto Rican in New York.

Mike Hawthorne’s mother, Blanca Otero, was a proud though atypical Puerto Rican woman from Santurce, San Juan who moved to the mainland, where she became a single mother and struggled to raise her son alone in New York City, a place that tormented them both with its unforgiving nature. But when Mike falls victim to a death curse—a haunting sign of the old country that his mother could never truly escape—she begins a series of events that drive him away from her both physically and emotionally, leaving him to grapple with his complicated relationships with his mother, identity, and heritage.

HAPPINESS WILL FOLLOW is the latest release from BOOM! Studios’ ambitious Archaia imprint, home to graphic novels such as Mouse Guard by David Petersen; New World by David Jesus Vignolli; Jane by Aline Brosh McKenna and Ramón Pérez; About Betty’s Boob by Vero Cazot and Julie Rocheleau; Big Black: Stand at Attica by Frank “Big Black” Smith, Jared Reinmuth, and Améziane; and We Served the People: My Mother’s Stories by Emei Burell, as well as licensed series including Lev Grossman’s The Magicians: Alice’s Story by Lilah Sturges and Pius Bak; Jim Henson’s The Power of the Dark Crystal and Jim Henson’s Labyrinth: Coronation.

Print copies of HAPPINESS WILL FOLLOW will be available on July 21, 2020 at bookstores, and August 12, 2020 at local comic book shops (use comicshoplocator.com to find the nearest one) or at the BOOM! Studios webstore. Digital copies can be purchased from content providers, including comiXology, iBooks, Google Play, and Madefire. 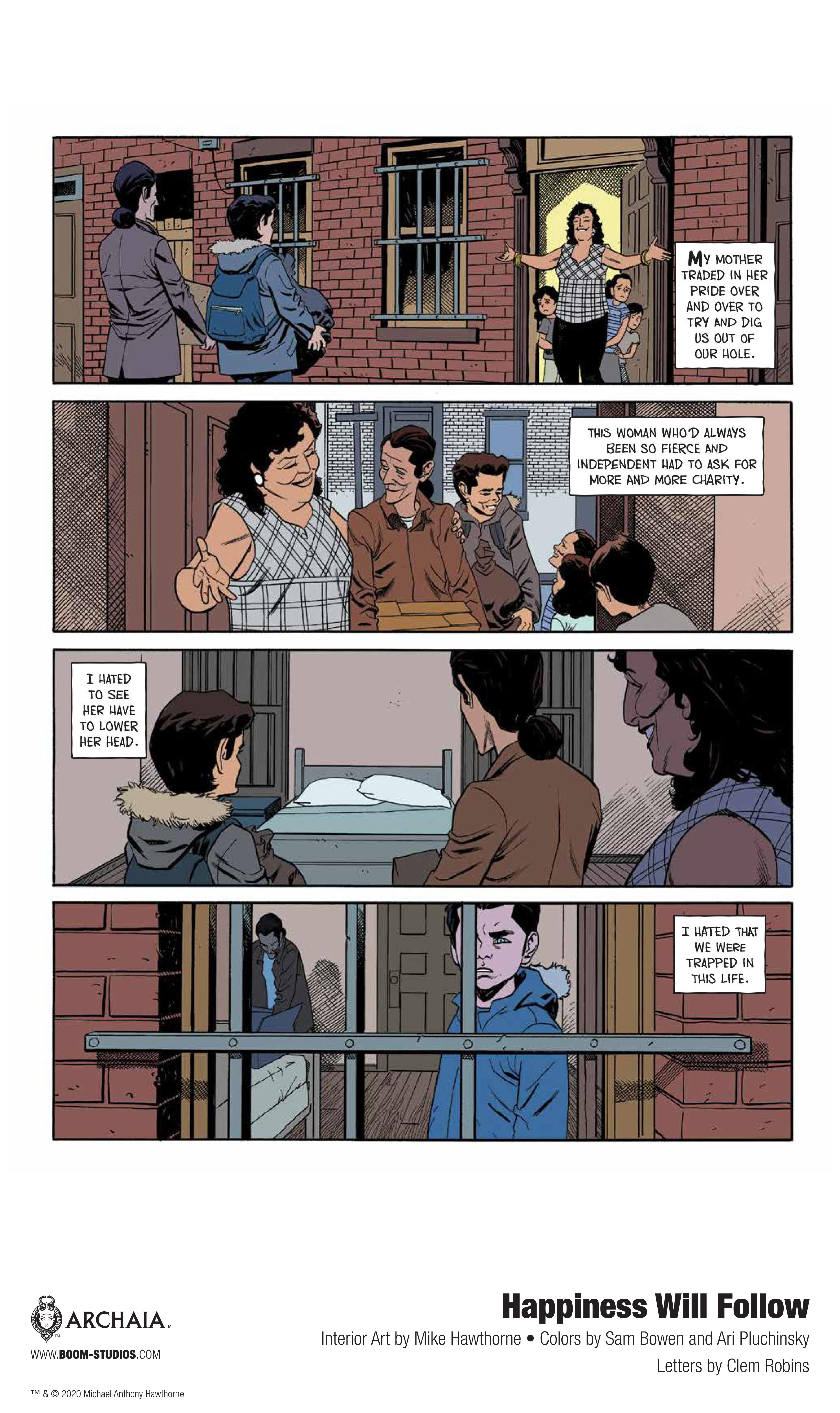 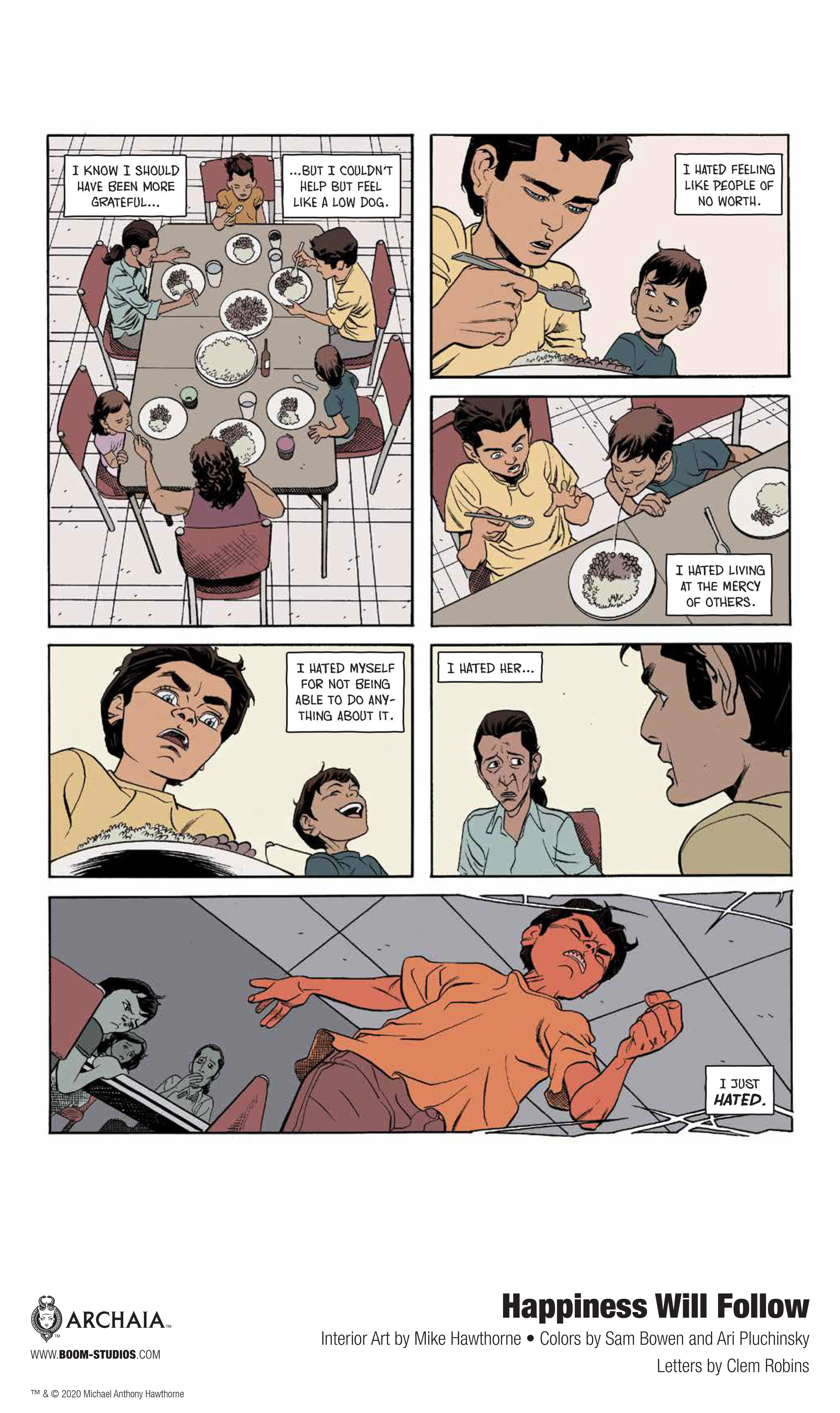 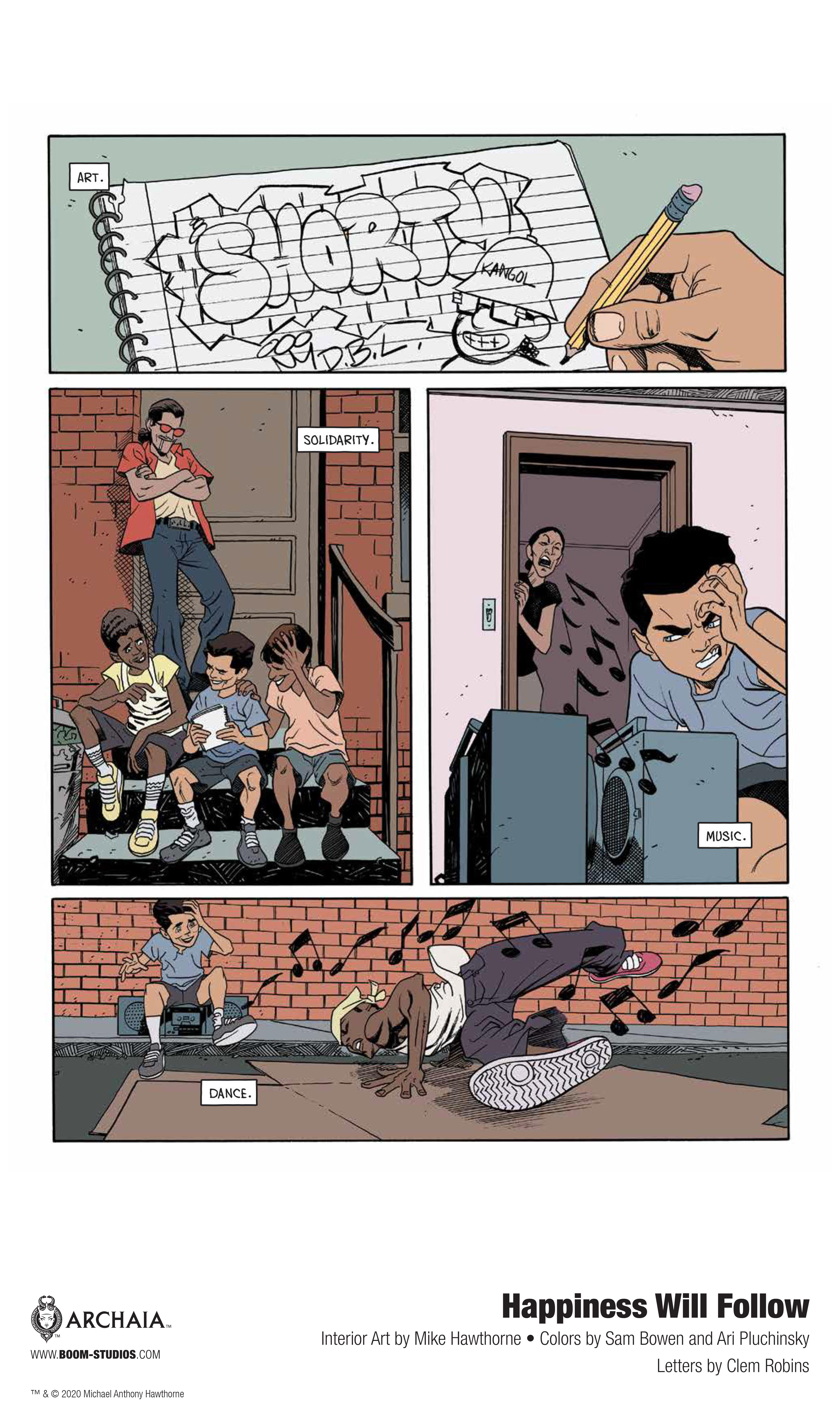 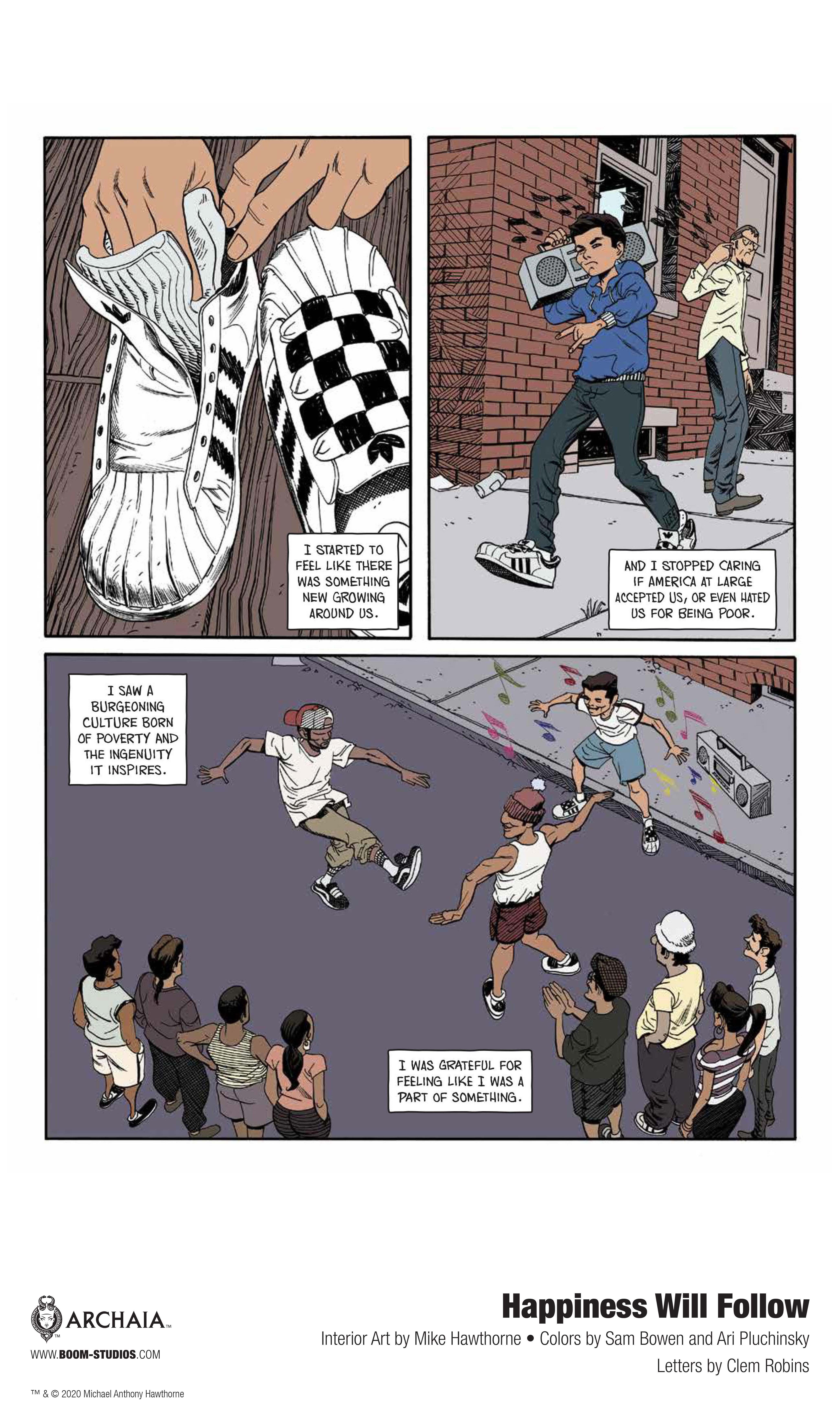