Pearl Jam: Art of Do The Evolution Provides a Behind-The-Scenes Look at One of Rock’s Greatest Music Video Triumphs

SAN DIEGO, CA (June 8, 2020) – Twenty-two years after legendary rock band Pearl Jam debuted their Grammy Award-nominated “Do The Evolution” music video, its hypnotic and shocking imagery is perhaps even more relevant to social and environmental issues than during the band’s 1998 Yield tour. Directed by visionary comics legend Todd McFarlane (Spawn) and veteran animator Kevin Altieri (Batman: The Animated Series), this achievement in animation told a graphic and dark history of the world in four gripping minutes and is widely considered one of the best music videos of all time.

In October, IDW Publishing (OTCQX: IDWM) will release Pearl Jam: Art of Do The Evolution, a 200-page, full-color hardcover revealing the full story behind the creation of this historic video. Lushly illustrated by the video’s striking animation cells with never before seen storyboards and designs from the video, the video’s co-producer, Joe Pearson, will guide readers through the fascinating process of bringing the band’s vision to life in this one-of-a-kind art book.

Todd McFarlane, in the book’s introduction, describes the Do The Evolution music video as “the history of mankind in as condensed a version as you will ever see. In this book, you’ll see and read about some of the process of how we pulled off such a Herculean task… It’s filled with so many wonderful examples of how dozens of creative people come together to put together what would soon become a Grammy-nominated video.” 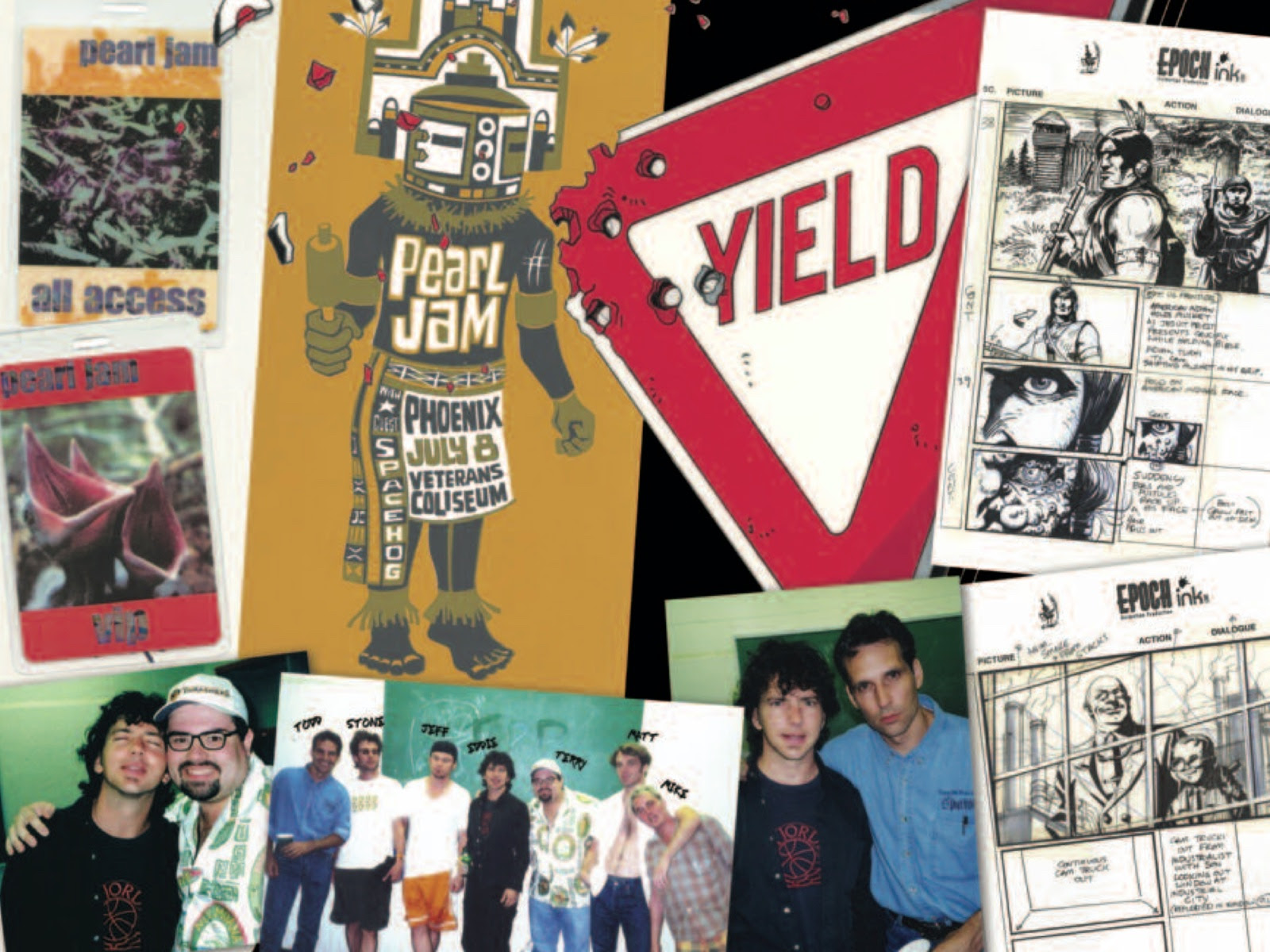 “Being able to produce this seminal animated video at my studio for Pearl Jam and to work with super talents like Eddie Vedder, Todd McFarlane, and Kevin Altieri was a once-in-a-lifetime opportunity,” says Pearson. “And then to see the positive and continuing worldwide reaction of millions of fans to our group effort was the icing on this dense cake of edgy music and animation.”

Justin Eisinger, IDW’s Editorial Director of Graphic Novels & Collections, says, “Pearl Jam’s Do The Evolution brings the threat of man’s quest for domination into stark, relatable terms, a theme that remains at the forefront of current conversation. Filled with bold imagery and layered visual storytelling that accentuates the already searing lyrics, McFarlane and Altieri created a video that spans the history of mankind. And now their groundbreaking work can be fully appreciated in this in-depth, behind-the-scenes book that explores how it all came together.” 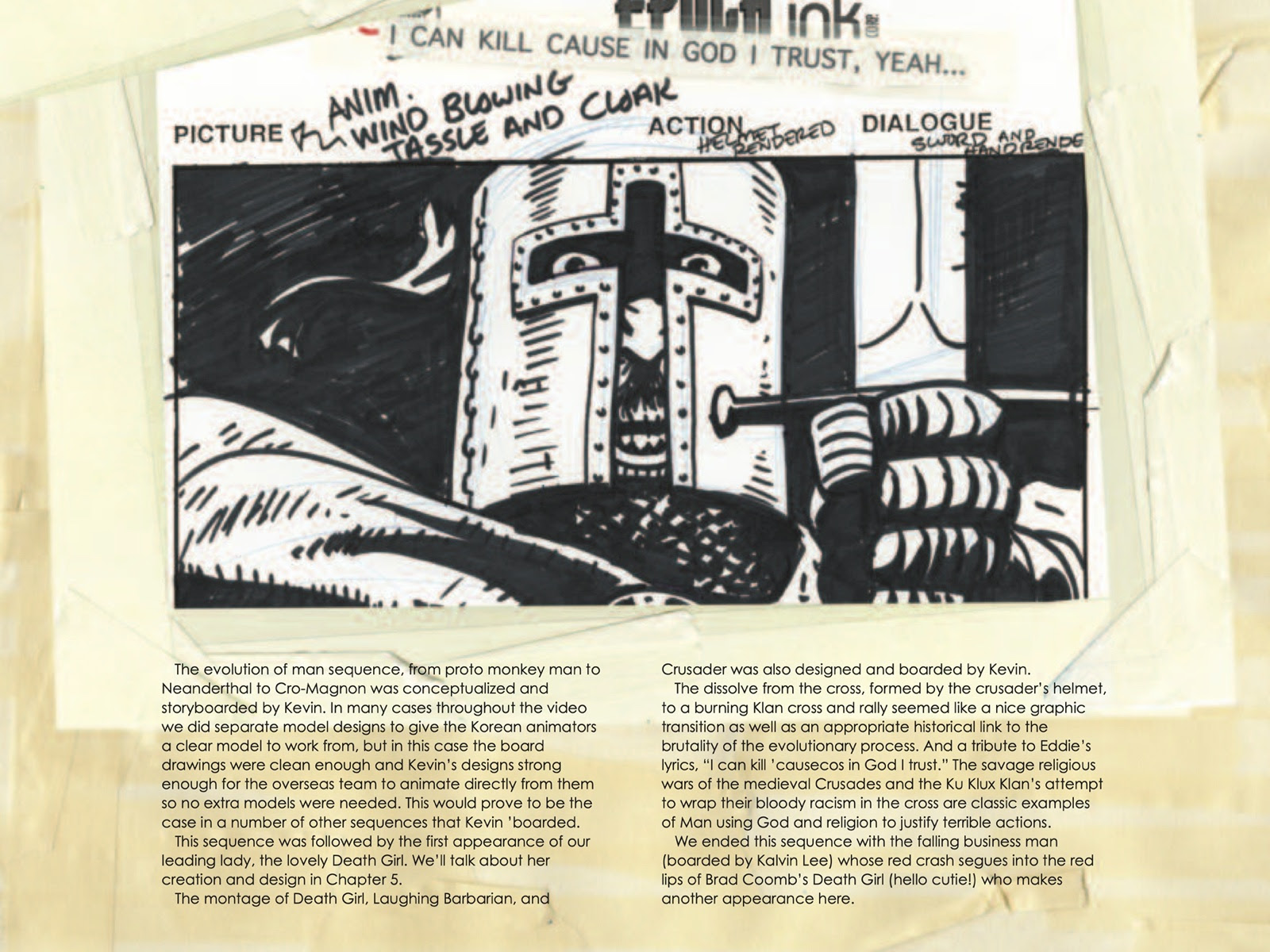 The Art of Do The Evolution hardcover is essential reading for new and longtime Pearl Jam devotees, animation and graphic design fans who recognize “Do the Evolution” as a high point in the field, and anyone with an acute interest in music video history.

Pearl Jam: Art of Do The Evolution is currently available for pre-order via online booksellers and comic book specialty retailers. Visit www.comicshoplocator.com to find a store near you. 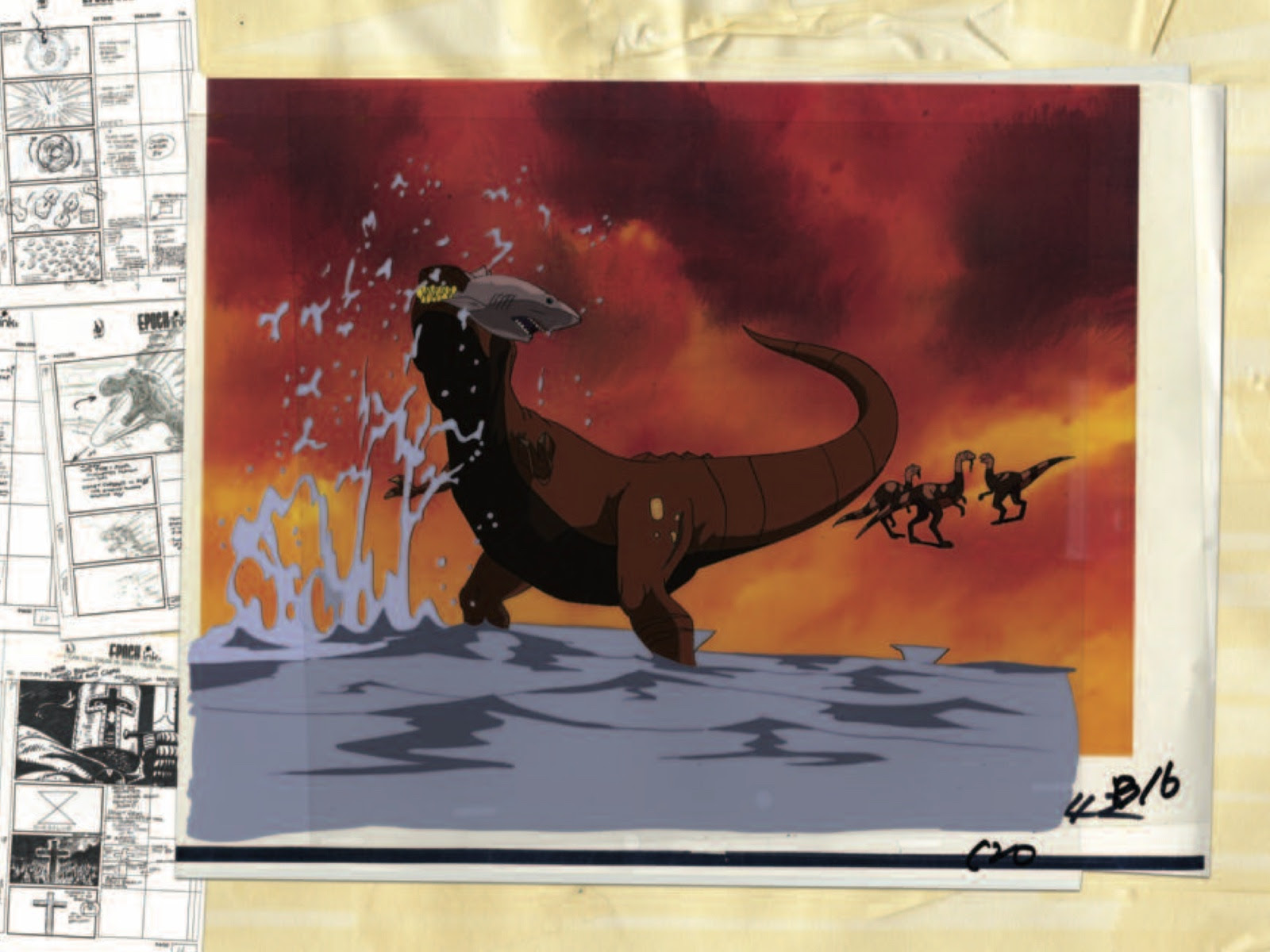 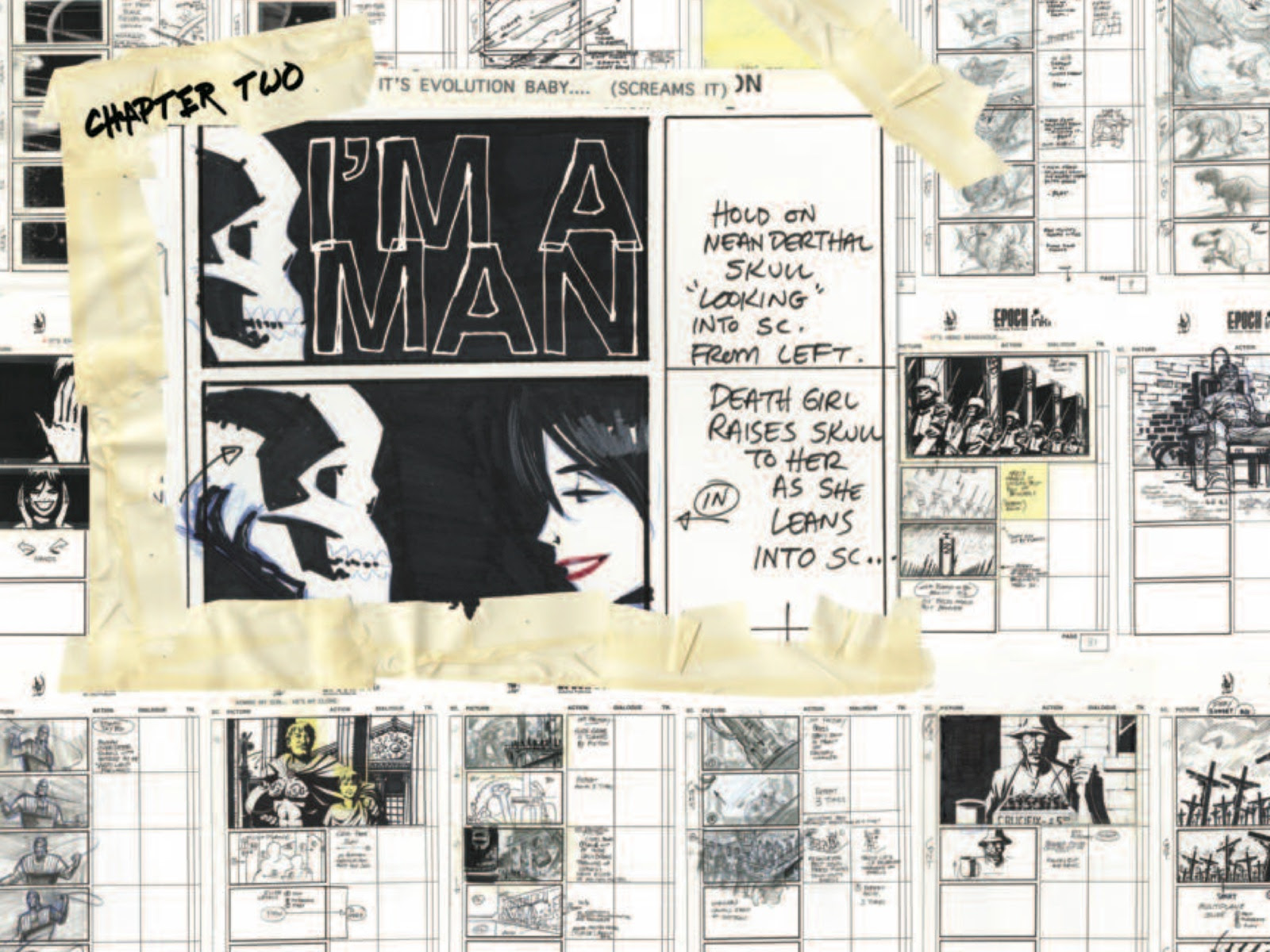 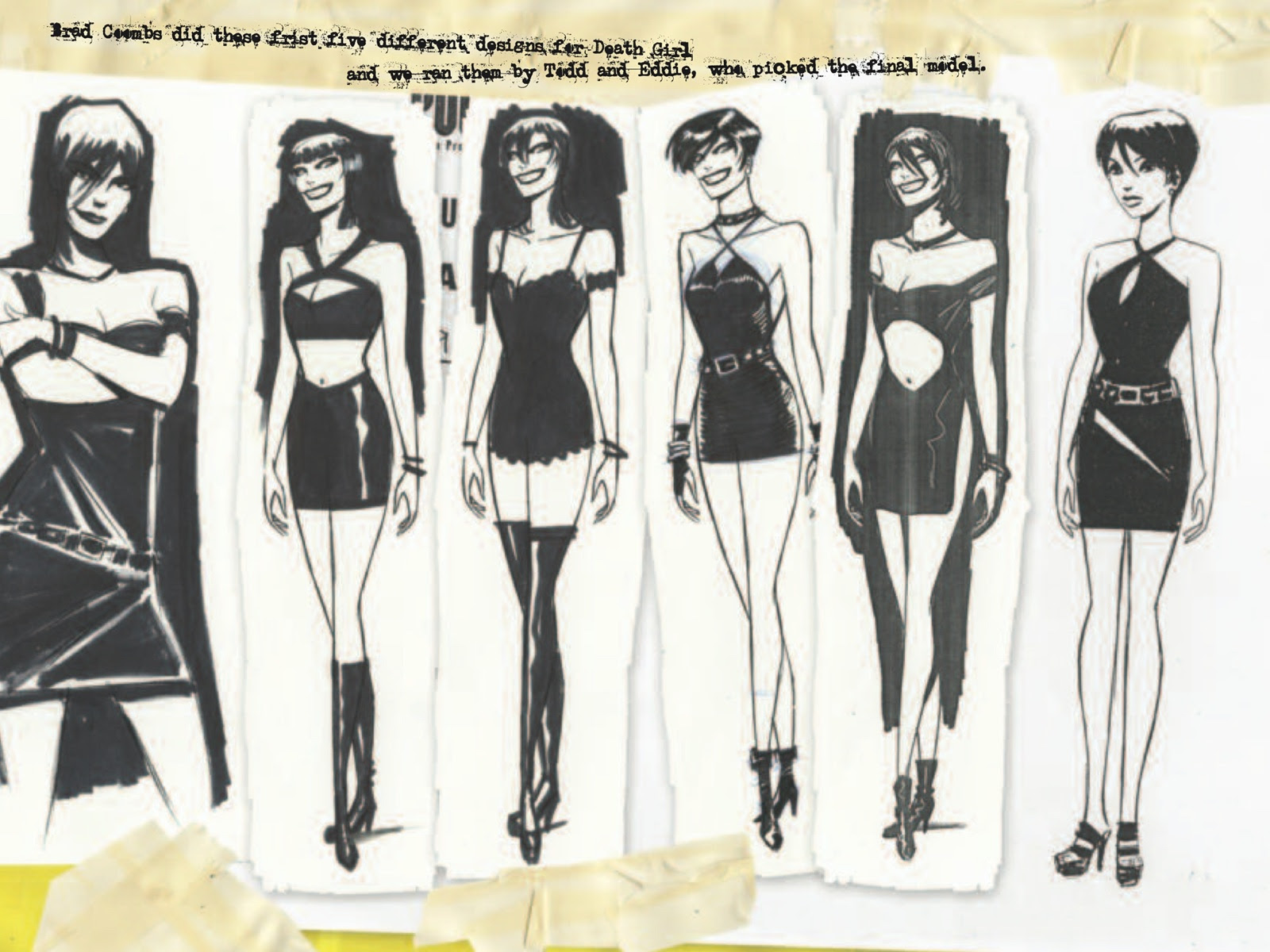 Joe Pearson is an artist, writer, director, producer with more than 30 years of experience in the animation and games industry. His studio, Epoch Ink Animation, has produced numerous animated TV series, shorts, specials, and music videos, and, recently, the animated feature War of the Worlds: Goliath.

This entry was posted in Books, Comics, Music, TV and Movies. Bookmark the permalink.