LOS ANGELES, CA (May 11, 2020) – BOOM! Studios today announced it has acquired the comic book and graphic novel publishing license to the New York Times bestselling DUNE: HOUSE ATREIDES, a prequel novel to the groundbreaking series by Frank Herbert that is widely considered to be an unparalleled achievement in storytelling. This Fall, BOOM! Studios will debut the first issue of a twelve-issue DUNE: HOUSE ATREIDES limited series in partnership with Herbert Properties LLC and in full coordination with Abrams ComicArts, who are publishing in the fall the first of three graphic novel adaptations of Herbert’s original classic novel DUNE.

The DUNE: HOUSE ATREIDES comic book series will be adapted & scripted by Brian Herbert and Kevin J. Anderson, who co-wrote the eponymous prequel novel based on Frank Herbert’s notes. Set in the years leading up to the explosive events of Dune, DUNE: HOUSE ATREIDES transports readers to the far future on the desert planet Arrakis where Pardot Kynes seeks its secrets. Meanwhile, a violent coup is planned by the son of Emperor Elrood; an eight-year-old slave Duncan Idaho seeks to escape his cruel masters; and a young man named Leto Atreides begins a fateful journey. These unlikely souls will come together as renegades and soon discover that fate has decreed they will change the very shape of history.

Created by visionary writer Frank Herbert, Dune debuted in 1965 has sold millions of copies and is arguably the most admired science fiction novel of all time. After winning the Hugo Award and inaugural Nebula Award, Dune inspired a best-selling novel series and led to multiple live-action adaptations, including the upcoming feature film from Legendary Pictures. The influence of Dune extends well beyond the world of entertainment, with an incalculable influence on modern scientific thinking about outer space, environmentalism and more.

Brian Herbert is the son of legendary science fiction author Frank Herbert and has written the definitive biography of him, Dreamer of Dune, a finalist for the Hugo Award. Brian has also written many highly imaginative novels, including the Timeweb trilogy, the ecological fantasy Ocean (with his wife, Jan), The Little Green Book of Chairman Rahma, The Unborn, and The Assassination of Billy Jeeling. His earlier acclaimed novels include The Stolen Gospels, Sudanna Sudanna, and Sidney’s Comet, as well as Man of Two Worlds (written with his father). Brian has collaborated on many novels in the Dune series with Kevin J. Anderson, all of which became international bestsellers, and they also wrote the Hellhole trilogy together. Brian also co-manages the legacy of Frank Herbert and is an executive producer of the new motion picture Dune and the forthcoming TV series Dune: The Sisterhood. You can follow Brian on @DuneAuthor on Twitter, @brianherbertnovels on Facebook or at brianherbertnovels.com.

“Dune: House Atreides holds a special place in my heart,” said Brian Herbert. “It was the first novel Kevin and I wrote in my father’s fantastic Dune universe, and it is our first collaborative novel to be adapted for comics. In 1999, our novel was a surprise New York Times bestseller, and we have equally high expectations for this special BOOM! Studios adaptation.”

Kevin J. Anderson has published more than 165 books, 56 of which have been national or international bestsellers.  Some of his most prominent work is written in the Dune universe with Brian Herbert, and he has written numerous novels in the worlds of Star Wars, X-Files, and Superman/Batman. Along with legendary Rush drummer Neil Peart, he created the unique steampunk fantasy novels Clockwork Lives and Clockwork Angels (which he also adapted as a graphic novel for BOOM! Studios). His original works include the Saga of Seven Suns series, the Terra Incognita fantasy trilogy, the Saga of Shadows trilogy, and his humorous horror series featuring Dan Shamble, Zombie P.I. He has written comics for DC, Marvel, Dark Horse, IDW, Abrams, and Topps. He has edited numerous anthologies, composed the lyrics to two rock CDs, and is the director of the Publishing graduate program at Western Colorado University. Anderson and his wife Rebecca Moesta are the publishers of WordFire Press. His most recent novels are Stake, Kill Zone, and Spine of the Dragon. You can follow Kevin @thekja on Twitter, @TheKJA or The Official Kevin J. Anderson Page on Facebook, @therealkja on Instagram or at wordfire.com

“It’s been more than twenty years since Brian and I published House Atreides, the first of our new novels set in Frank Herbert’s Dune universe,” said Kevin J Anderson. “We loved exploring all the possibilities Frank created for us, and those books introduced a whole new audience to Dune. Now, in adapting House Atreides into a vibrant graphic format, it’s like rediscovering the story and the world all over again. So much of the novel is visually driven, the union of comics and House Atreides is a natural.”

The DUNE: HOUSE ATREIDES limited series is published in coordination with Abrams ComicArts, who will release a graphic novel trilogy adapting Frank Herbert’s original novel Dune, with volume one coming this fall. The Dune graphic novels from ComicArts are also adapted and scripted by Brian Herbert and Kevin J. Anderson, and will be illustrated by Raúl Allén and Patricia Martín, and feature covers by Bill Sienkiewicz.

“There are few novels in modern history with bigger impact and continued relevance than Dune, so it’s an honor for BOOM! Studios – and for me – to be a part of sharing this unforgettable world with readers,” said Ross Richie, CEO & Founder, BOOM! Studios. “DUNE: HOUSE ATREIDES is not only an exciting reward for long-time fans who get to experience Brian and Kevin returning to their unforgettable novel, but it’s also a perfect place for new readers to discover where the spice must flow – and why fans like me know Dune is unlike anything else you’ve ever read.”

DUNE: HOUSE ATREIDES is the newest release from BOOM! Studios’ eponymous imprint, home to critically acclaimed original series, including Once & Future by Kieron Gillen and Dan Mora; Something is Killing the Children by James Tynion IV and Werther Dell’Edera; Faithless by Brian Azzarello and Maria Llovet; Klaus by Grant Morrison and Dan Mora; Folklords by Matt Kindt and Matt Smith; The Red Mother by Jeremy Haun and Danny Luckert; and Alienated by Simon Spurrier and Chris Wildgoose. The imprint also publishes popular licensed properties including Buffy the Vampire Slayer from Jordie Bellaire and David López; Firefly from Greg Pak and Dan McDaid; and Mighty Morphin Power Rangers from Ryan Parrott and Daniele Di Nicuolo.

For continuing news on the DUNE: HOUSE ATREIDES comic books from BOOM! Studios, stay tuned to www.boom-studios.com and follow @boomstudios on Twitter. 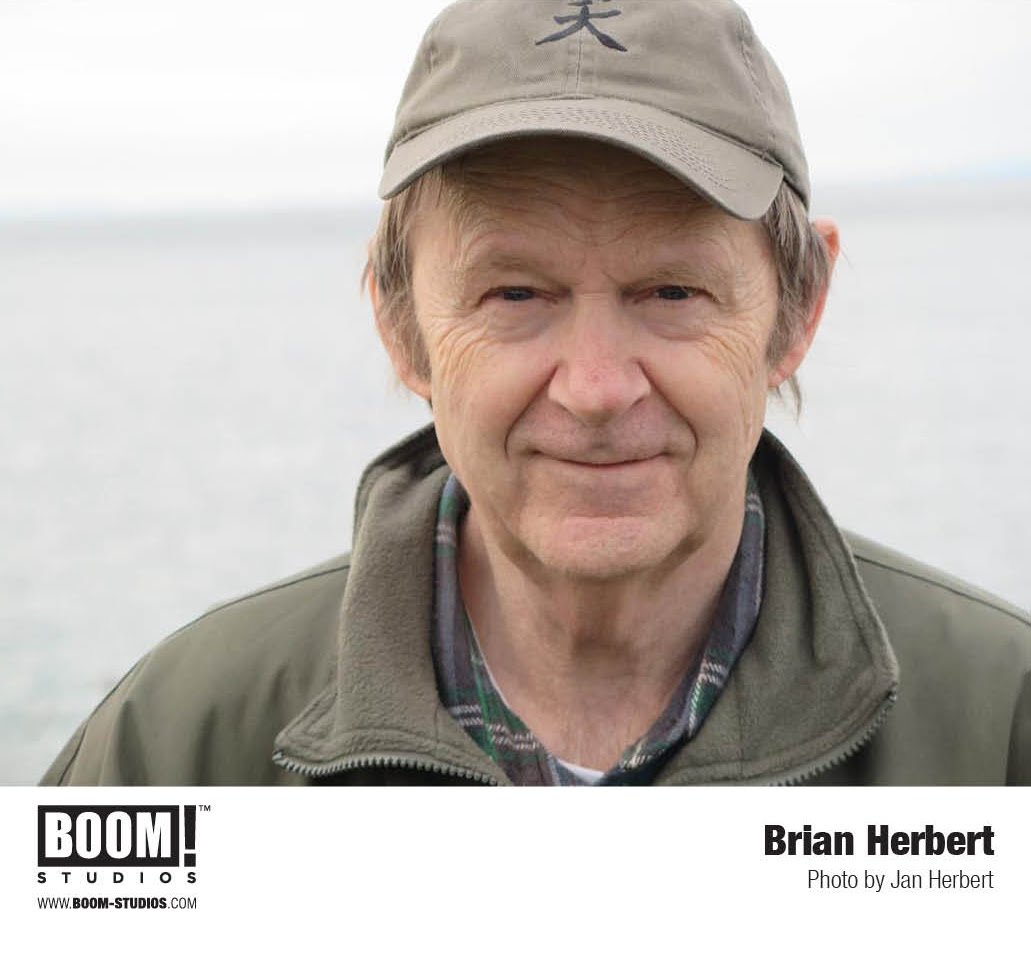 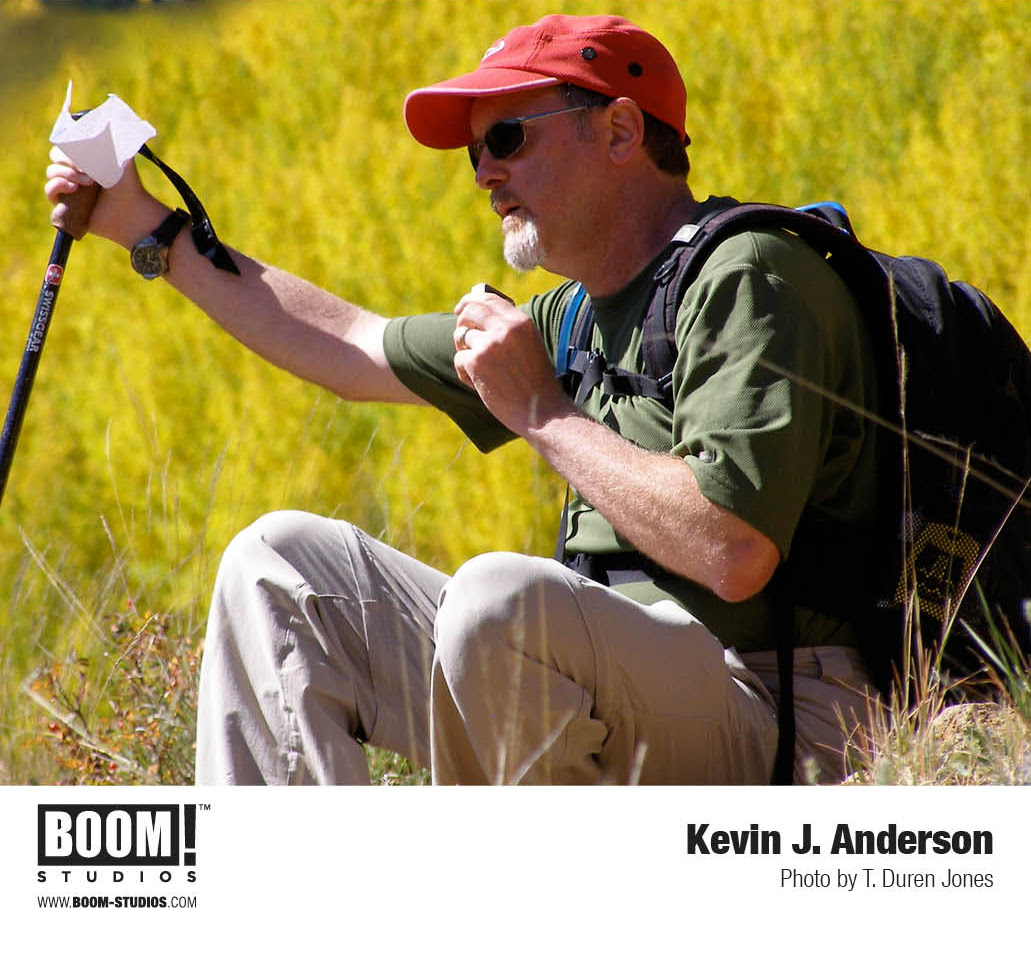