New Look at WE SERVED THE PEOPLE: MY MOTHER’S STORIES 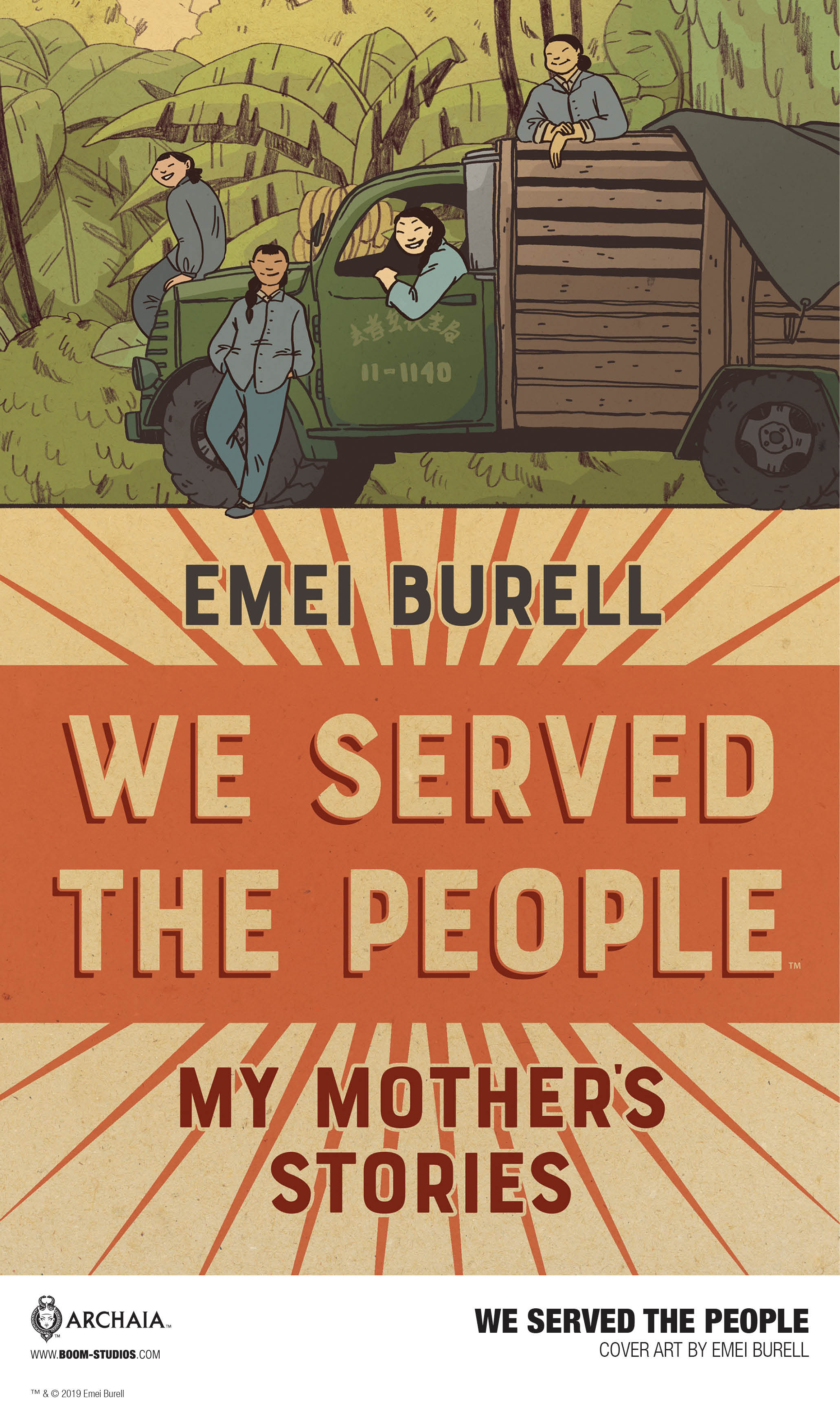 In China, an entire generation’s most formative years took place in remote rural areas when city kids were sent to the countryside to become rusticated youth and partake in Mao’s mandated Great Leap Forward. Emei’s mother, Yuan Ye Ping, recounts how she ended up as one of the few truck-driving women during the Up to the Mountains and Down to the Countryside Movement, which sought to increase agricultural outreach and spur social and ideological change amongst youth.

Burell’s stunning illustrations honor her mother’s courage, strength, and determination during a decade of tremendous political upheaval and introduces us to a young woman making her way in a new era of self-discovery.

WE SERVED THE PEOPLE: MY MOTHER’S STORIES is the latest release from BOOM! Studios’ ambitious Archaia imprint, home to graphic novels such as Mouse Guard by David Petersen; New World by David Jesus Vignolli; Jane by Aline Brosh McKenna and Ramón Pérez; About Betty’s Boob by Vero Cazot and Julie Rocheleau; Bolivar by Sean Rubin; and licensed series including Lev Grossman’s The Magicians: Alice’s Story by Lilah Sturges and Pius Bak; Jim Henson’s The Power of the Dark Crystal and Jim Henson’s Labyrinth: Coronation.

Print copies of WE SERVED THE PEOPLE: MY MOTHER’S STORIES will be available for sale on April 22, 2020 at local comic book shops (use comicshoplocator.com to find the nearest one), April 28, 2020 at bookstores or at the BOOM! Studios webstore. Digital copies can be purchased from content providers, including comiXology, iBooks, Google Play, and Madefire.

For continuing news on WE SERVED THE PEOPLE: MY MOTHER’S STORIES and more from BOOM! Studios, stay tuned to www.boom-studios.com and follow @boomstudios on Twitter. 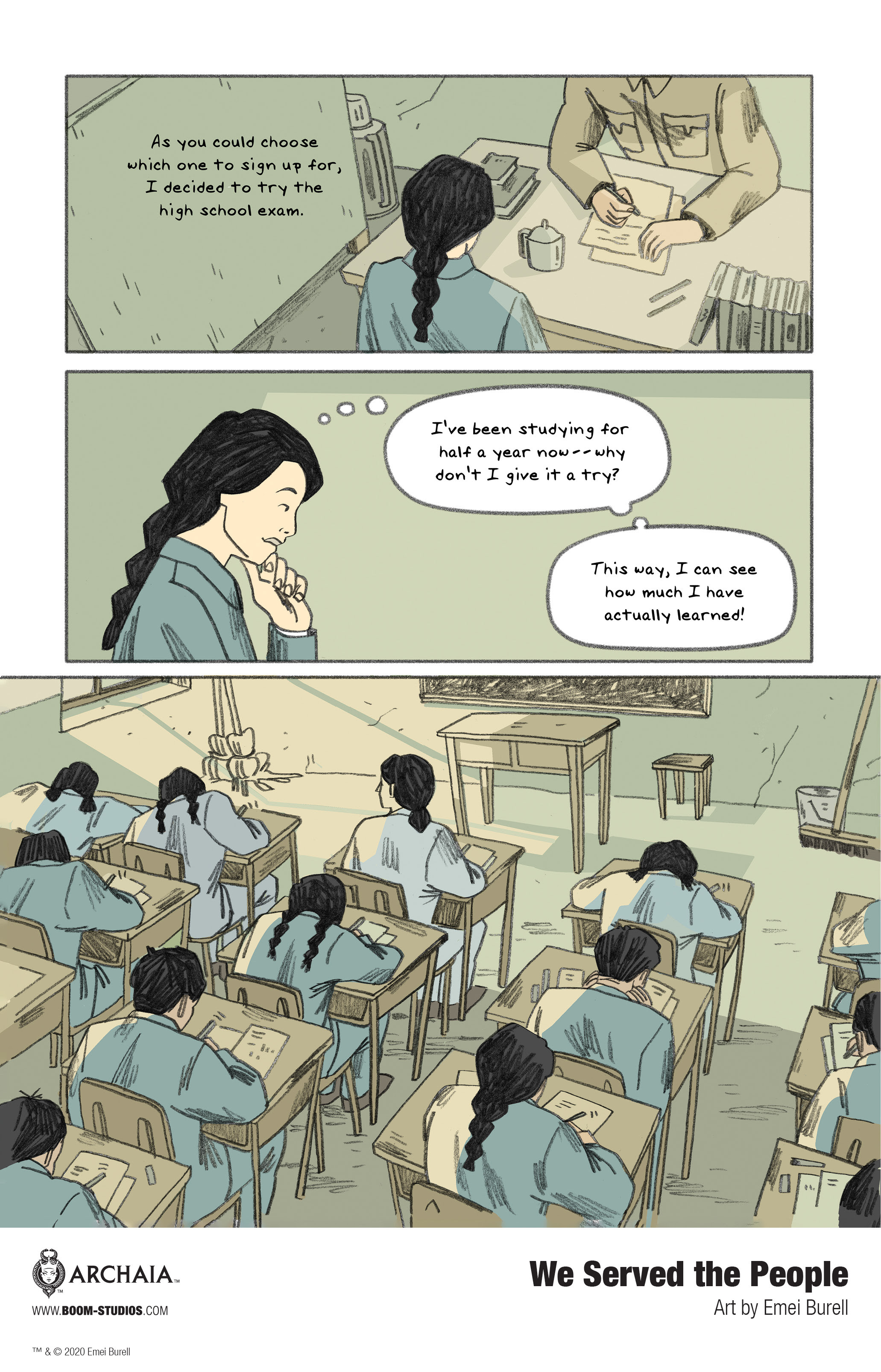 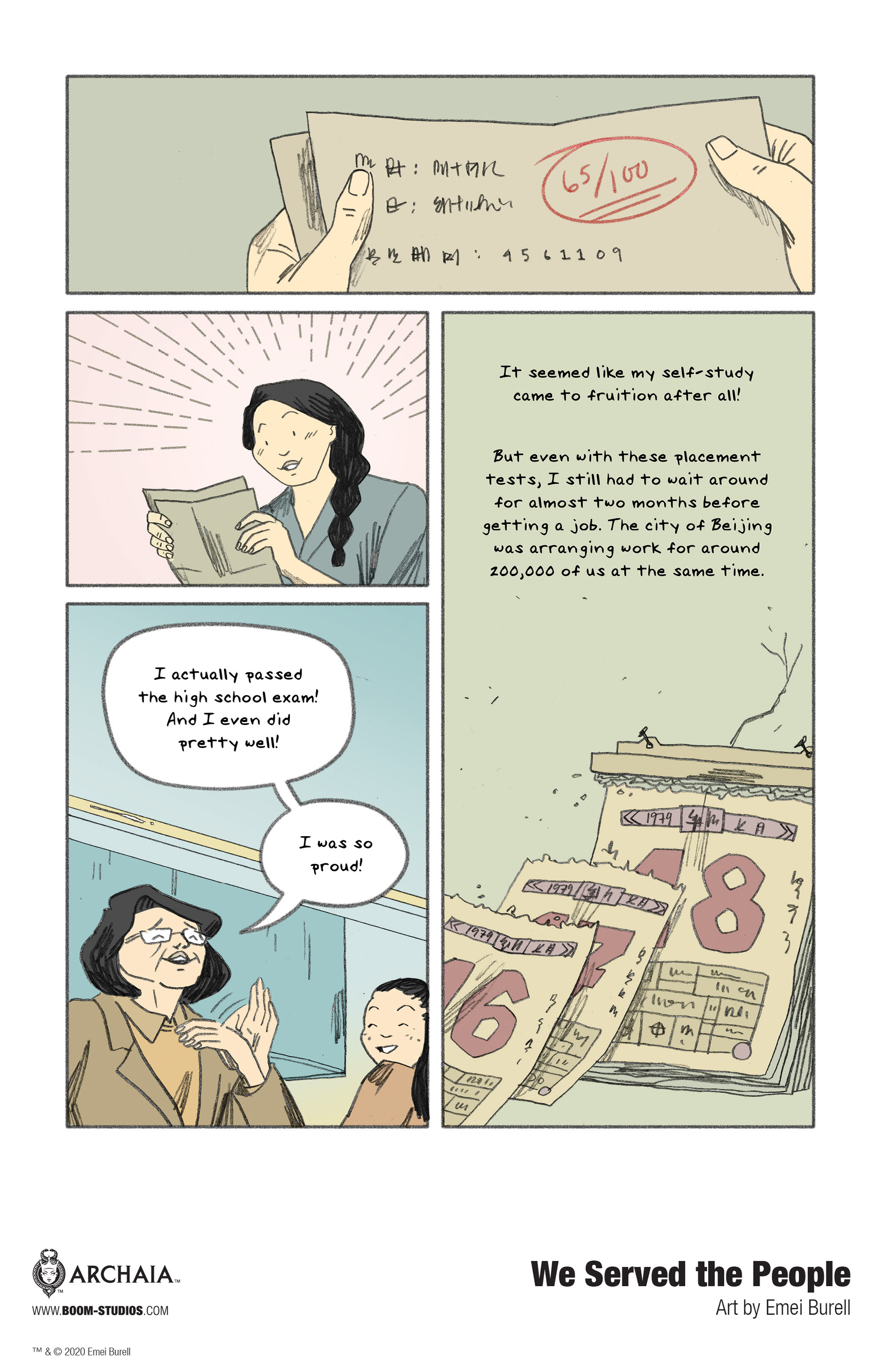 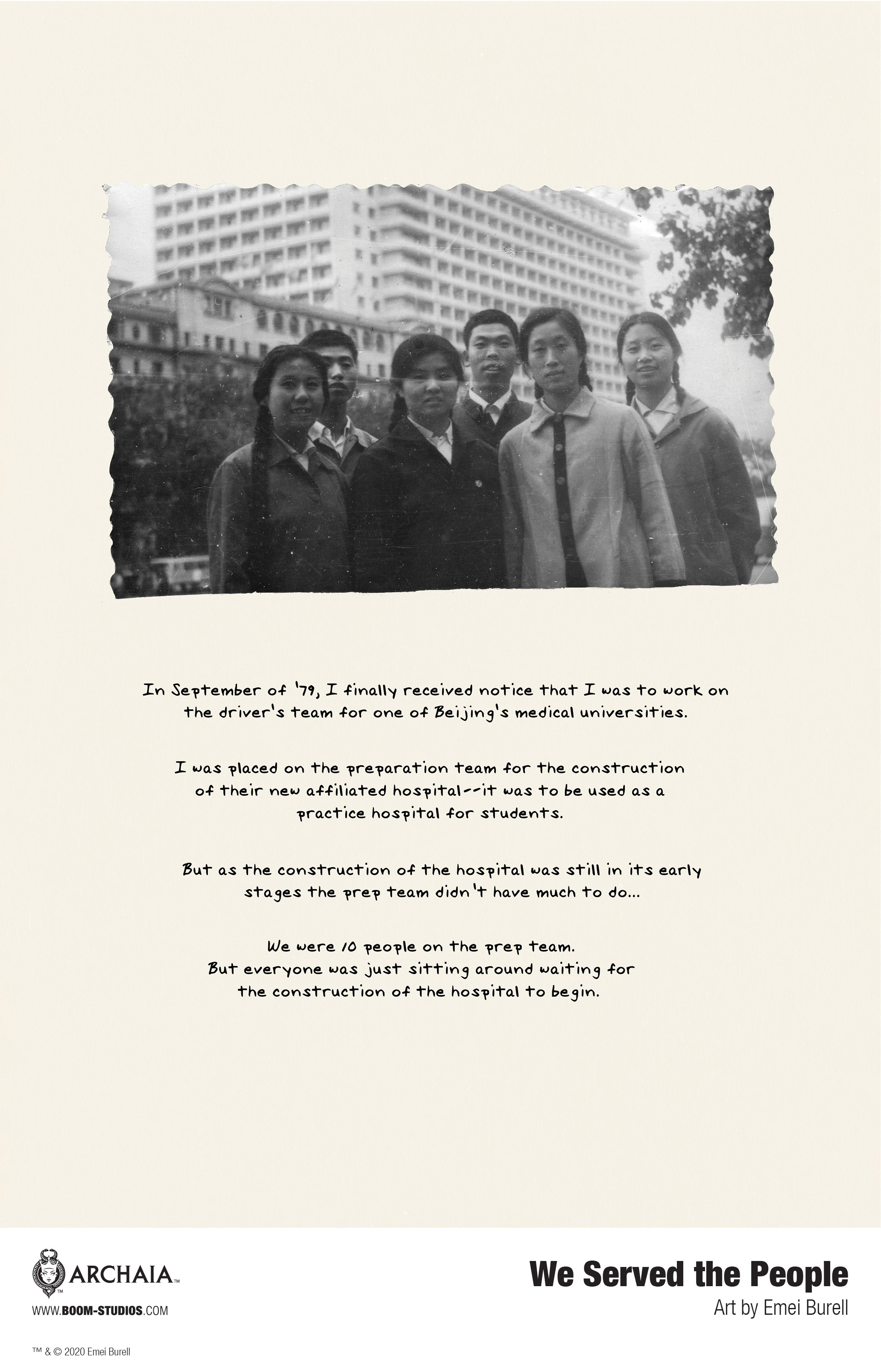 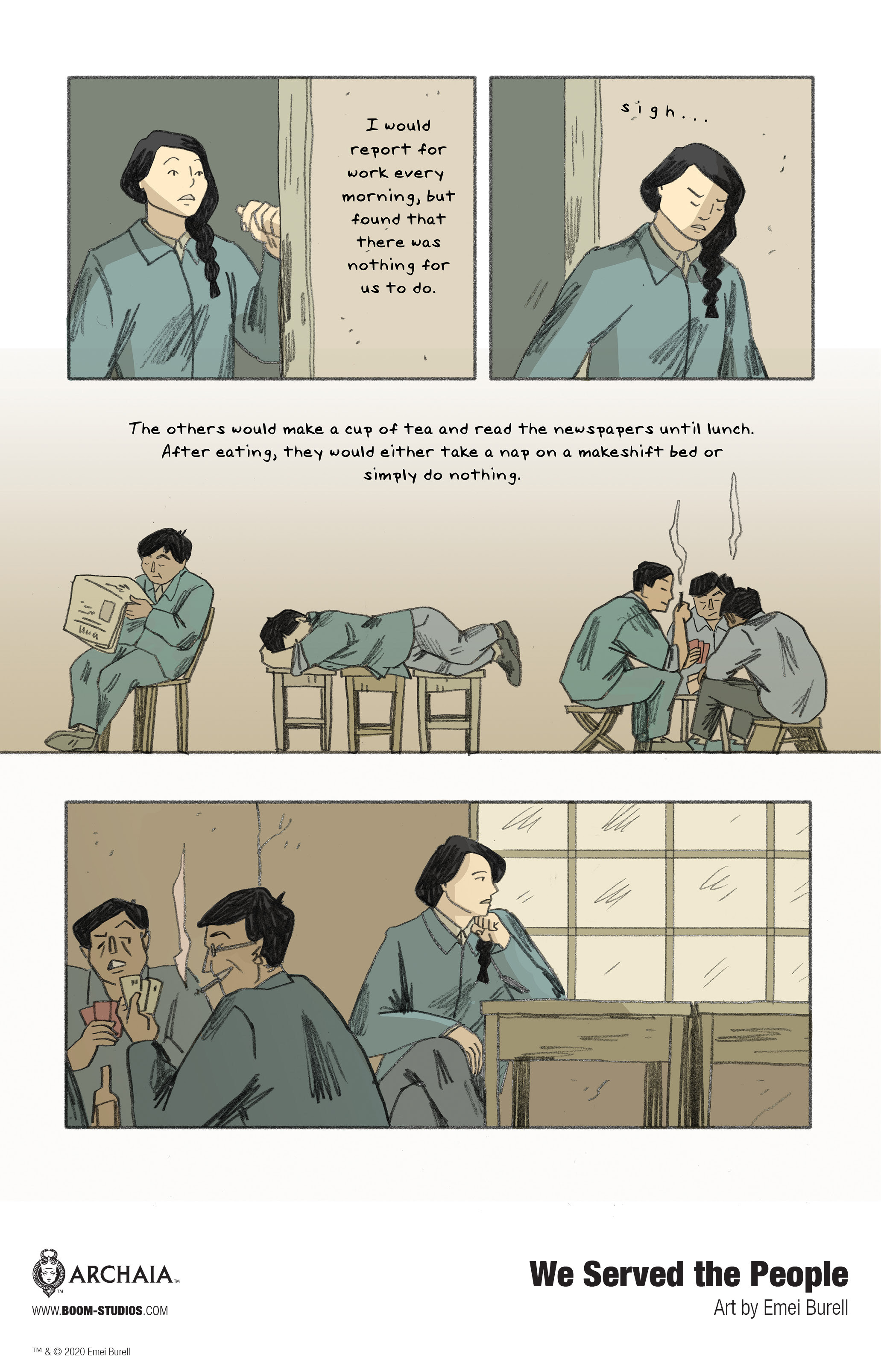 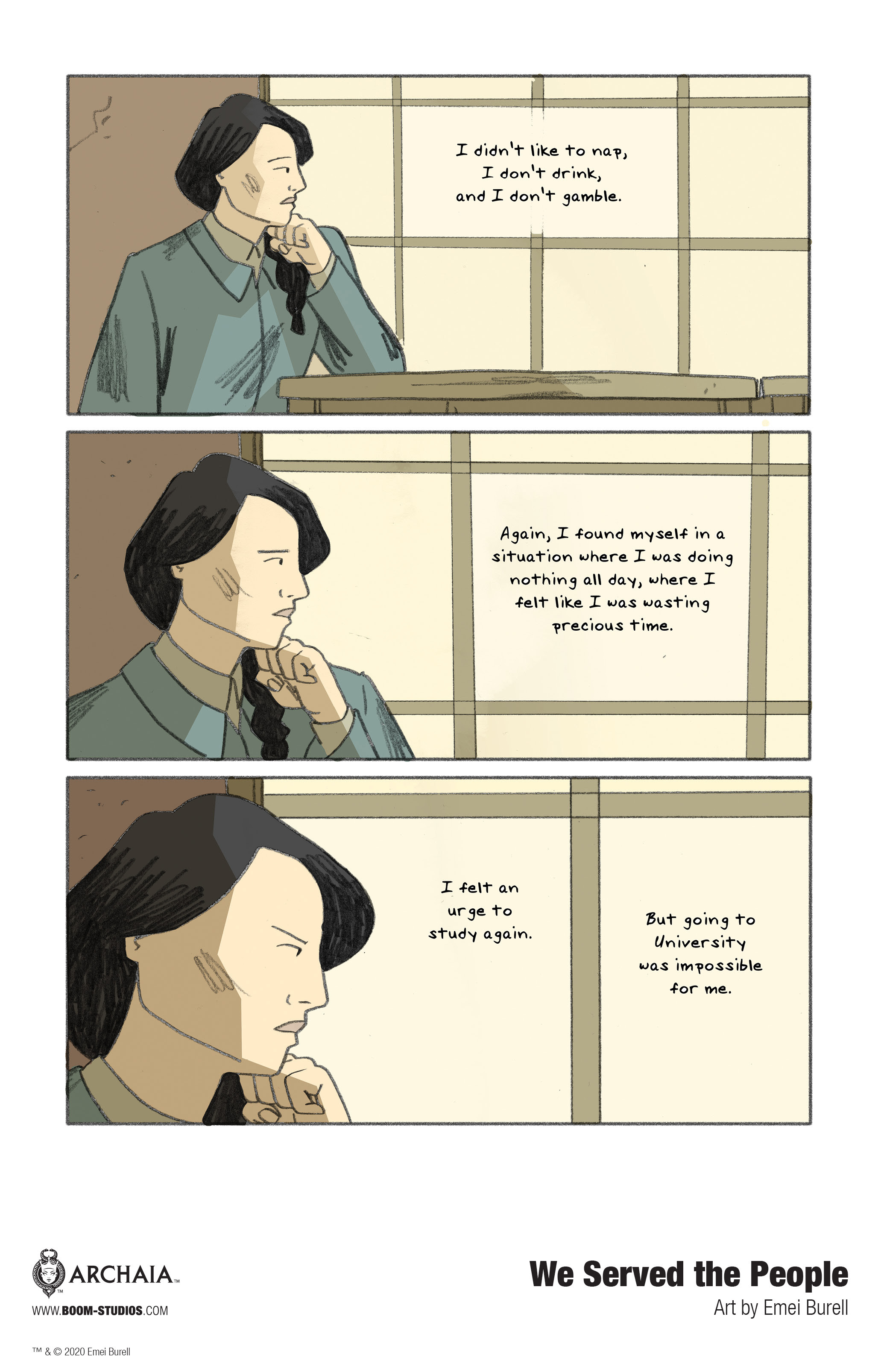 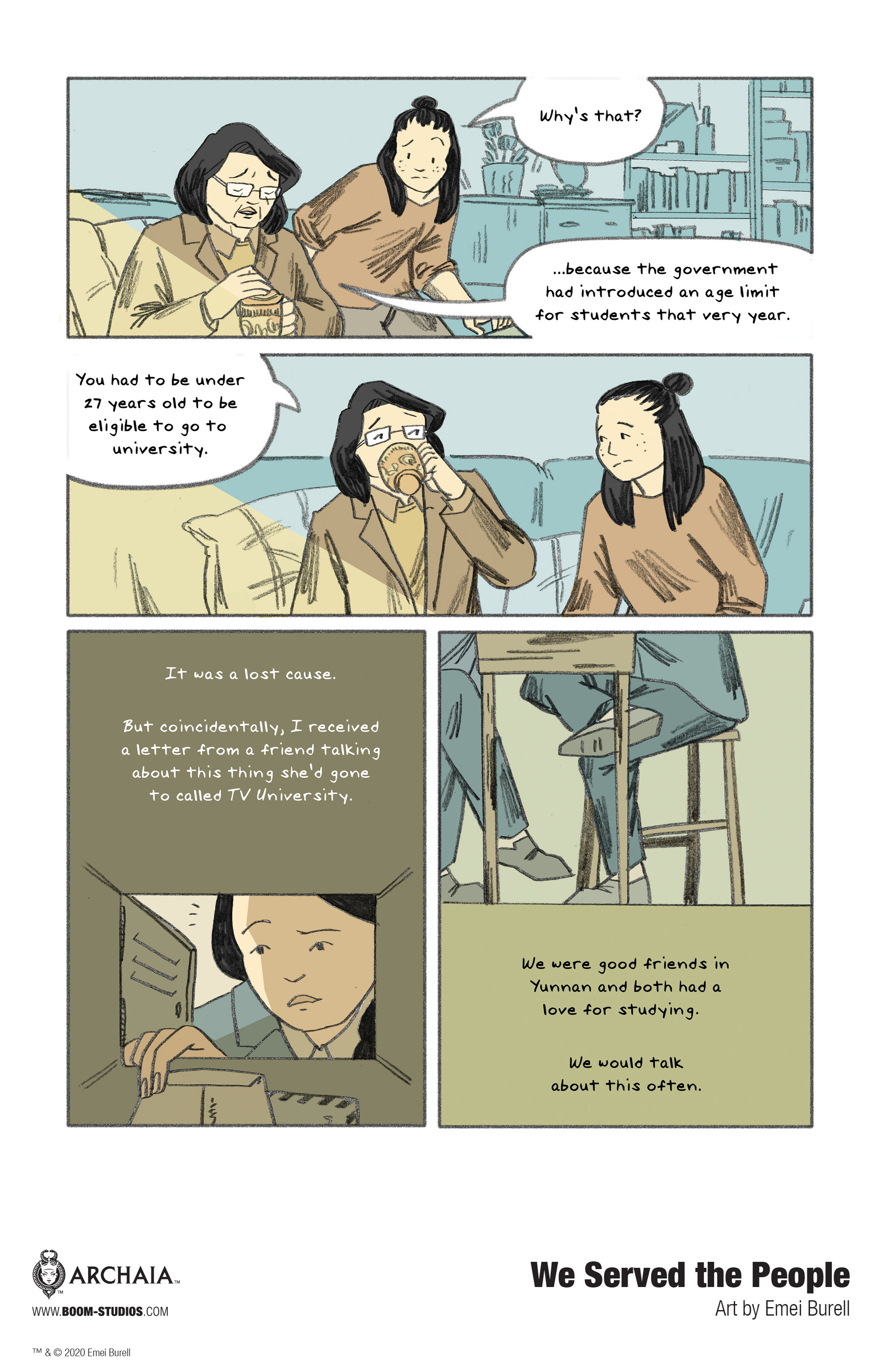