“Brilliant concept, gorgeous art, and one of my favorite writers?ALIENATED is an easy add to my pull list.”—Brian K. Vaughan, Saga

“I heard the idea and I yelped with joy. Spurrier and Wildgoose are forces of nature. They cannot be stopped.”—Kieron Gillen, Once & Future

“I have been lucky enough to read Alienated #1. In which Si breaks ET to capture the glorious terror that is every single day of being a teenager.”—Dan Watters, Lucifer 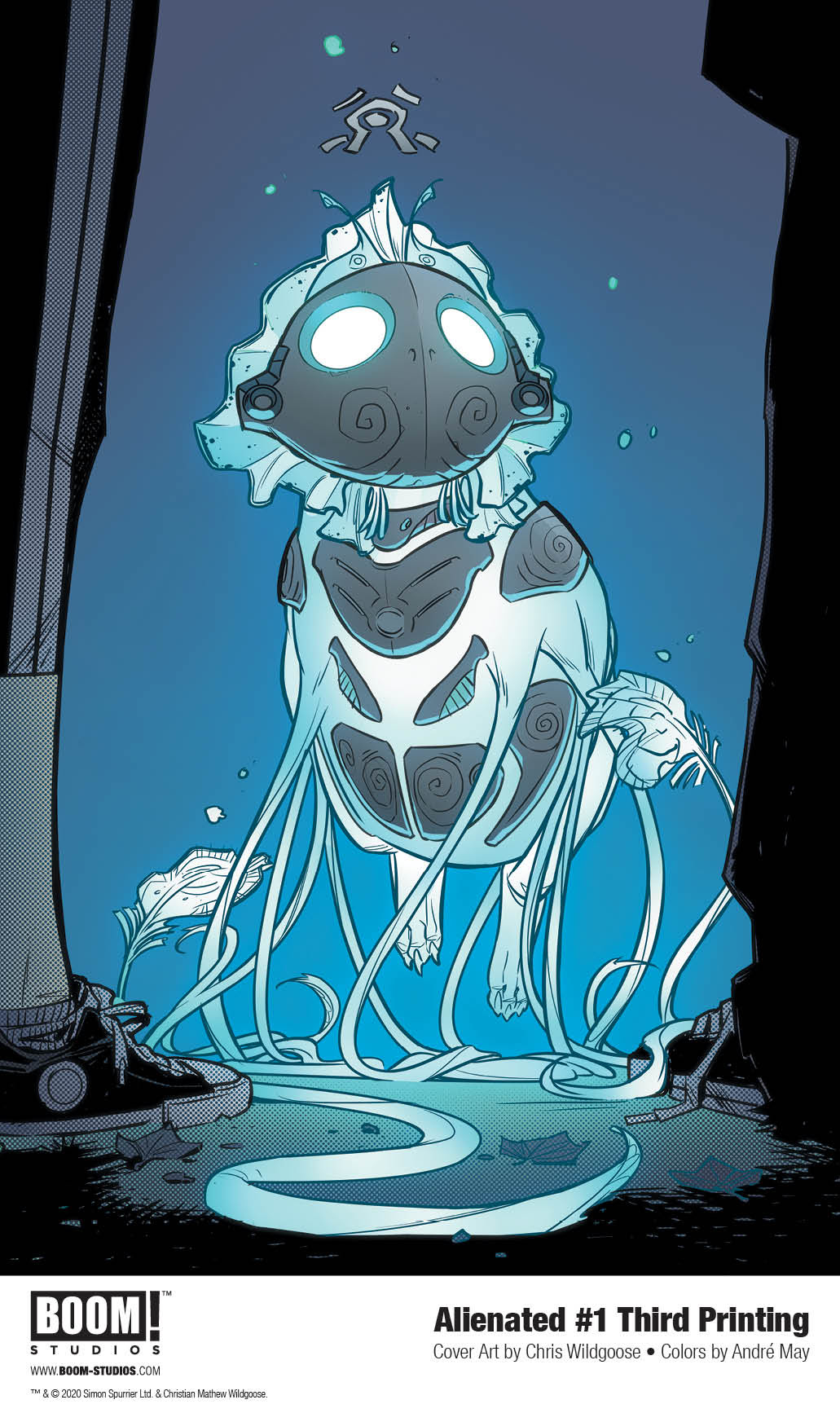 LOS ANGELES, CA (February 18, 2020) – BOOM! Studios announced today that the second printing of ALIENATED #1, the premiere issue of the new original series from acclaimed writer Simon Spurrier (John Constantine: Hellblazer, Coda), artist Chris Wildgoose (Batgirl, Batman: Nightwalker), colorist André May, and letterer Jim Campbell has sold out at the distributor level. ALIENATED is the subversive coming-of-age story about having all the power to change the world but the unready hands to truly wield it.

In order to meet the overwhelming demand from retailers and fans, BOOM! Studios has fast-tracked ALIENATED #1 THIRD PRINTING to arrive in comic shops on March 18, 2020. This third printing will feature new cover art by Wildgoose with colors by André May. Quantities are limited and allocation may occur.

“The outpouring of enthusiasm and excitement for this fresh new original series only continues to grow, so we are very proud to announce a third printing of ALIENATED #1 for all the fans out there,” said Filip Sablik, President, Publishing and Marketing, BOOM! Studios. “Make sure you don’t miss out on this Simon Spurrier and Chris Wildgoose original that weaves the best elements of science fiction and horror to bring this intriguing story to life in a captivating series!”

You can view the trailer here: ALIENATED #1 Trailer

Print copies of ALIENATED #1 FIRST PRINTING are available now and ALIENATED #1 SECOND PRINTING will be available March 4, 2020 exclusively at local comic book shops (use comicshoplocator.com to find the nearest one) or at the BOOM! Studios webstore. Digital copies can be purchased from content providers, including comiXology, iBooks, Google Play, and Madefire.