Your First Look at Sina Grace and Siobhan Keenan’s GHOSTED IN LA #1 from BOOM! Studios

Discover Love, Laughter, and the Afterlife in the City of Angels this July 2019 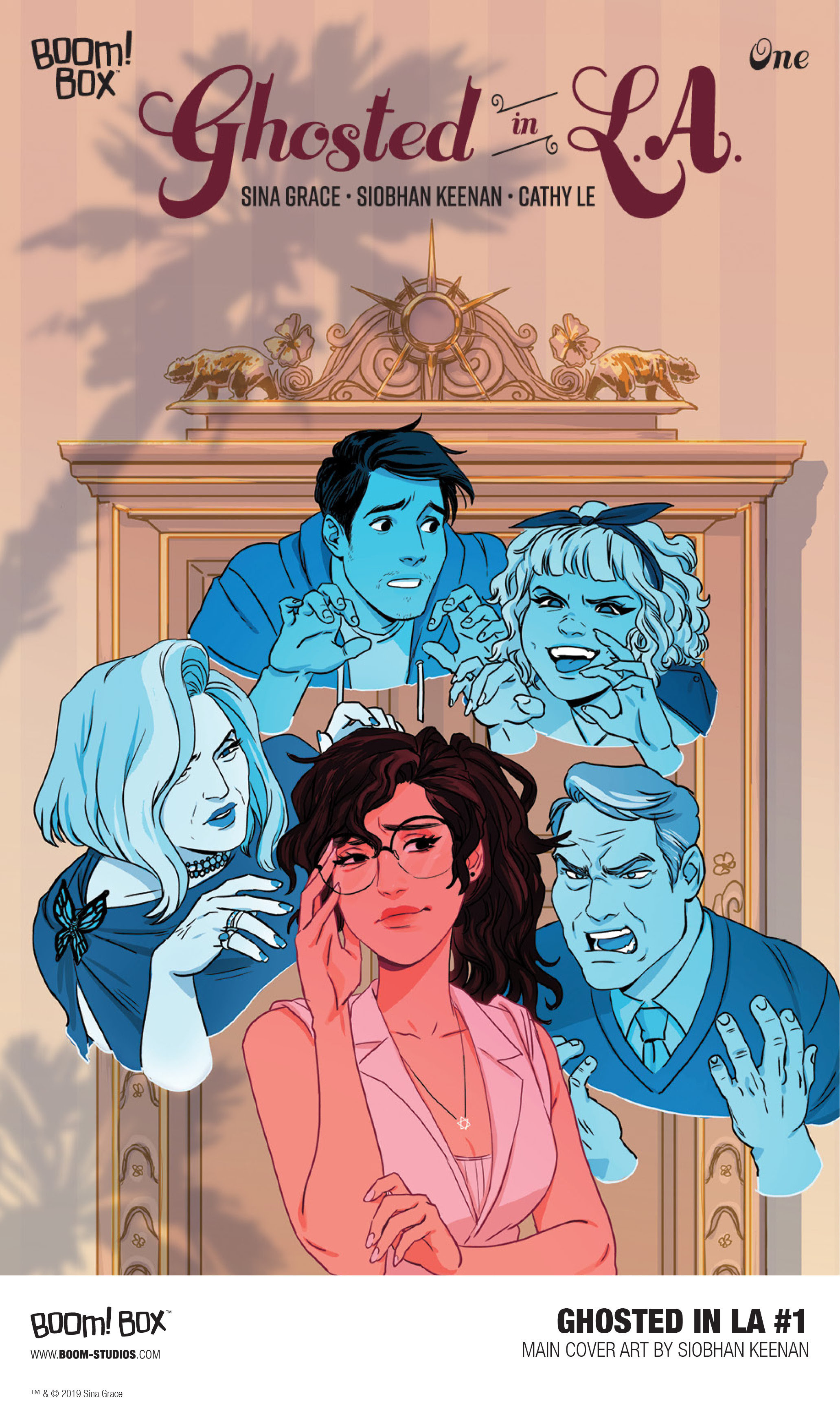 LOS ANGELES, CA (June 13, 2019) – BOOM! Studios revealed a first look atGHOSTED IN LA #1, the first issue in a brand new comic book series from GLAAD Media Award-nominated writer Sina Grace (Iceman) and artist Siobhan Keenan (Jem and the Holograms), about figuring out your love life – and your afterlife – in Hollywood. The first issue debuts in comic shops on Wednesday, July 10, 2019.

Daphne Walters is ready for an exciting new Los Angeles life, full of fun, romance, and sunshine! But her new roommate is ignoring her, her boyfriend broke up with her, and things are looking distinctly downcast in the city of dreams. In the midst of her heartbreak, she stumbles upon a new living situation at Rycroft Manor, a derelict apartment complex that isn’t as abandoned as it seemed. Turns out the Manor isn’t just packed with mid-century charm . . .  it’s also teeming with lovesick ghosts! With the help of her new ghostly roommates, Daphne learns how to navigate the city, making friends and finding romance in the most unexpected of places.

Print copies of GHOSTED IN LA #1 will be available for sale July 10, 2019 exclusively at local comic book shops (use comicshoplocator.com to find the nearest one). Digital copies can be purchased from content providers, including comiXology, iBooks, Google Play, and the BOOM! Studios app. 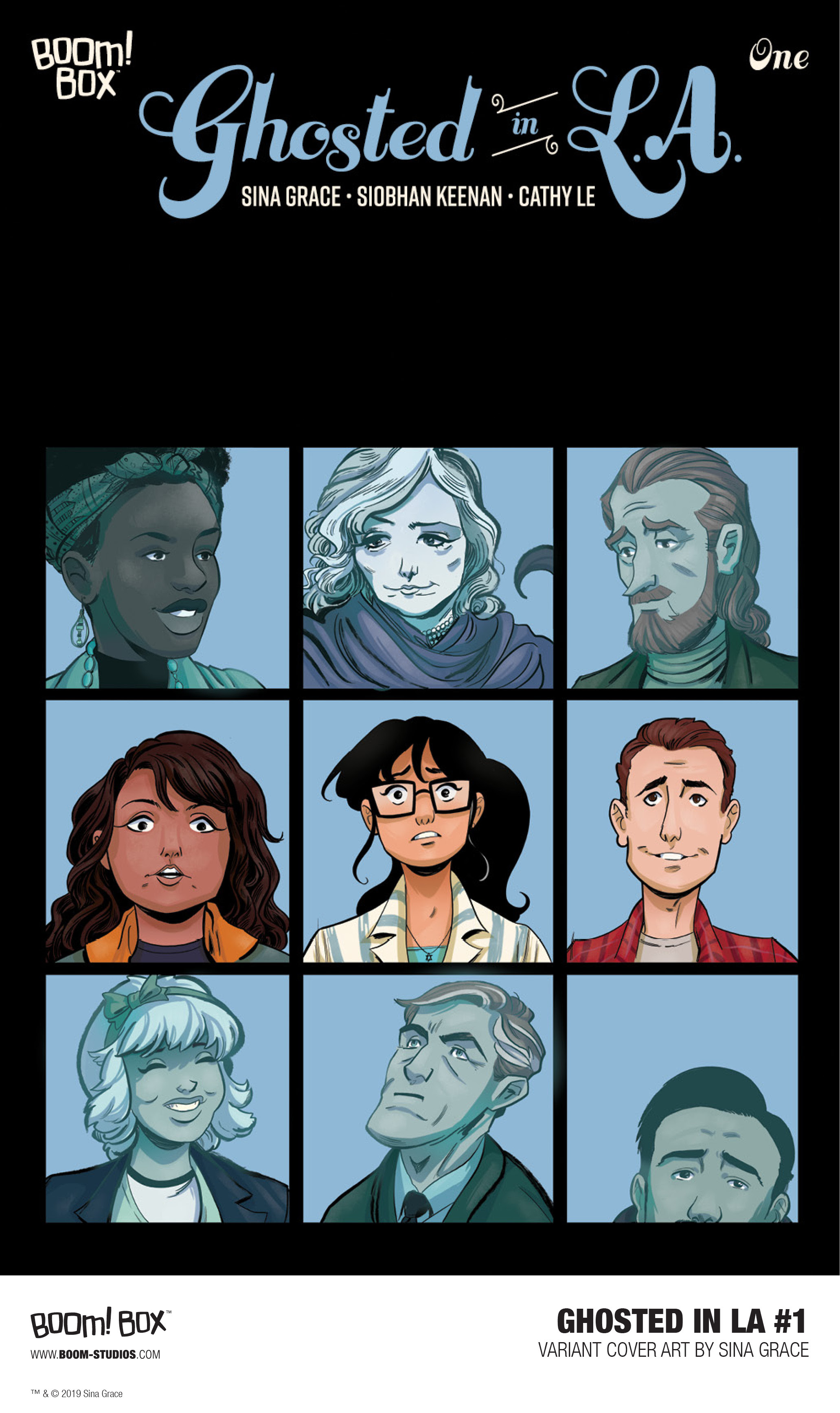 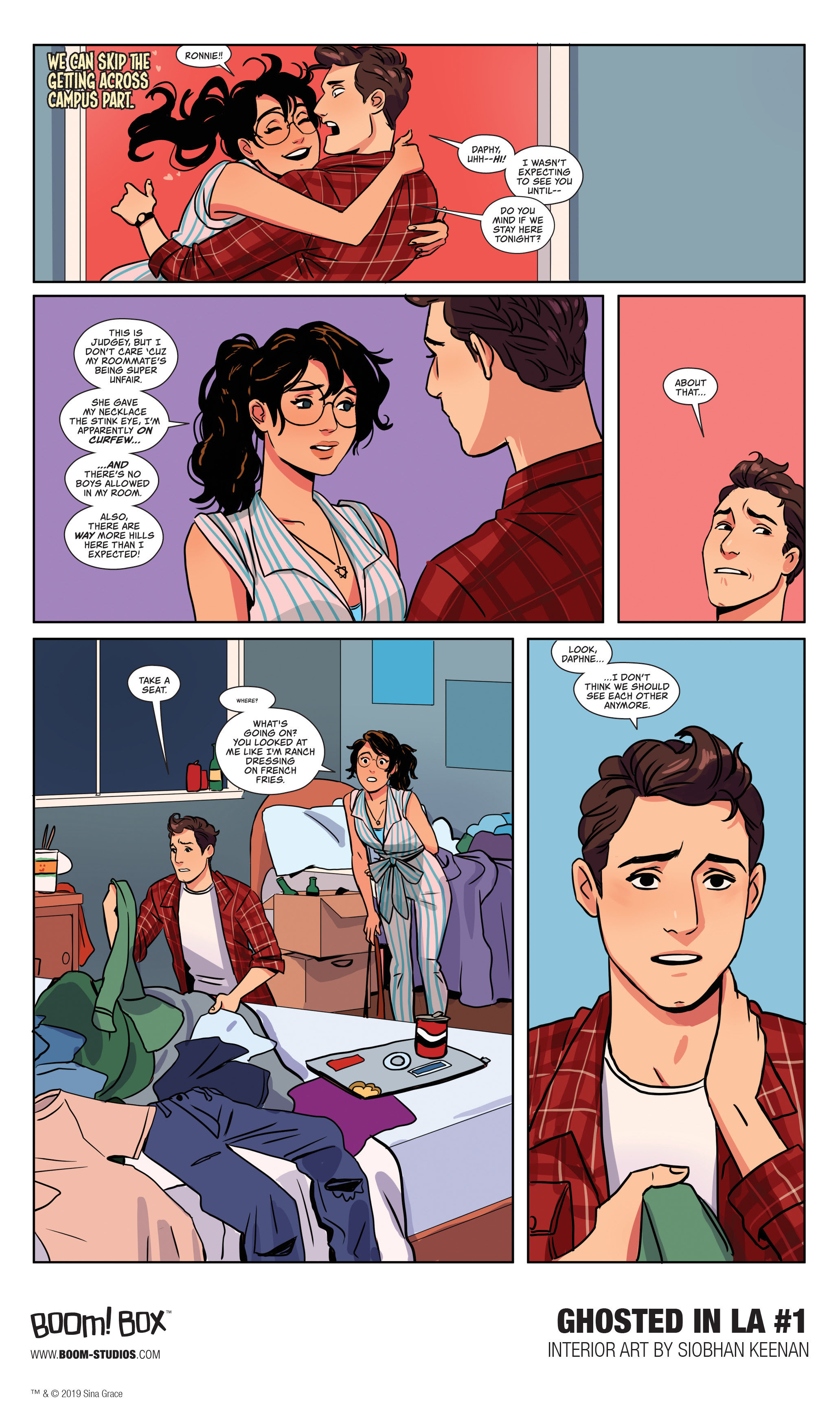 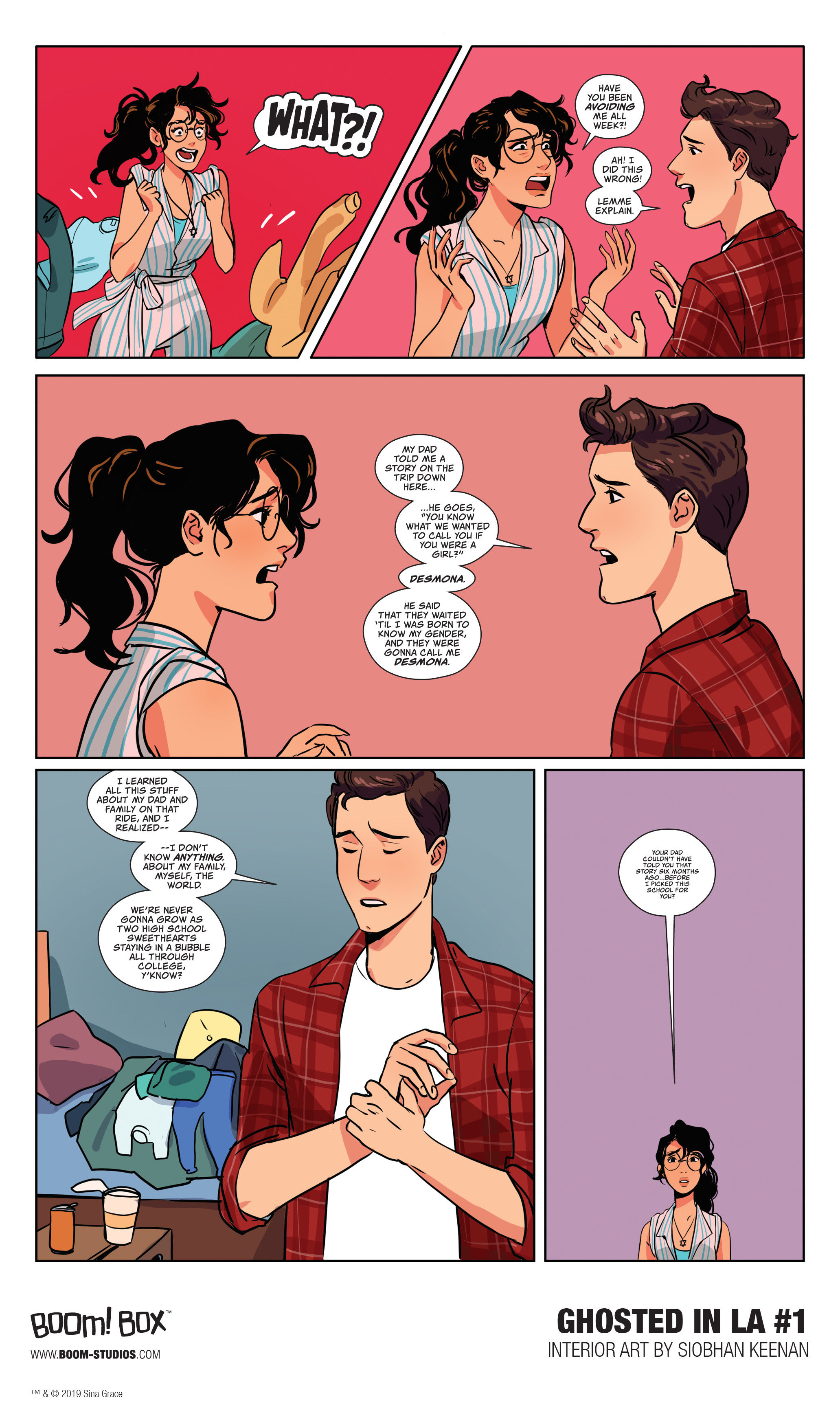 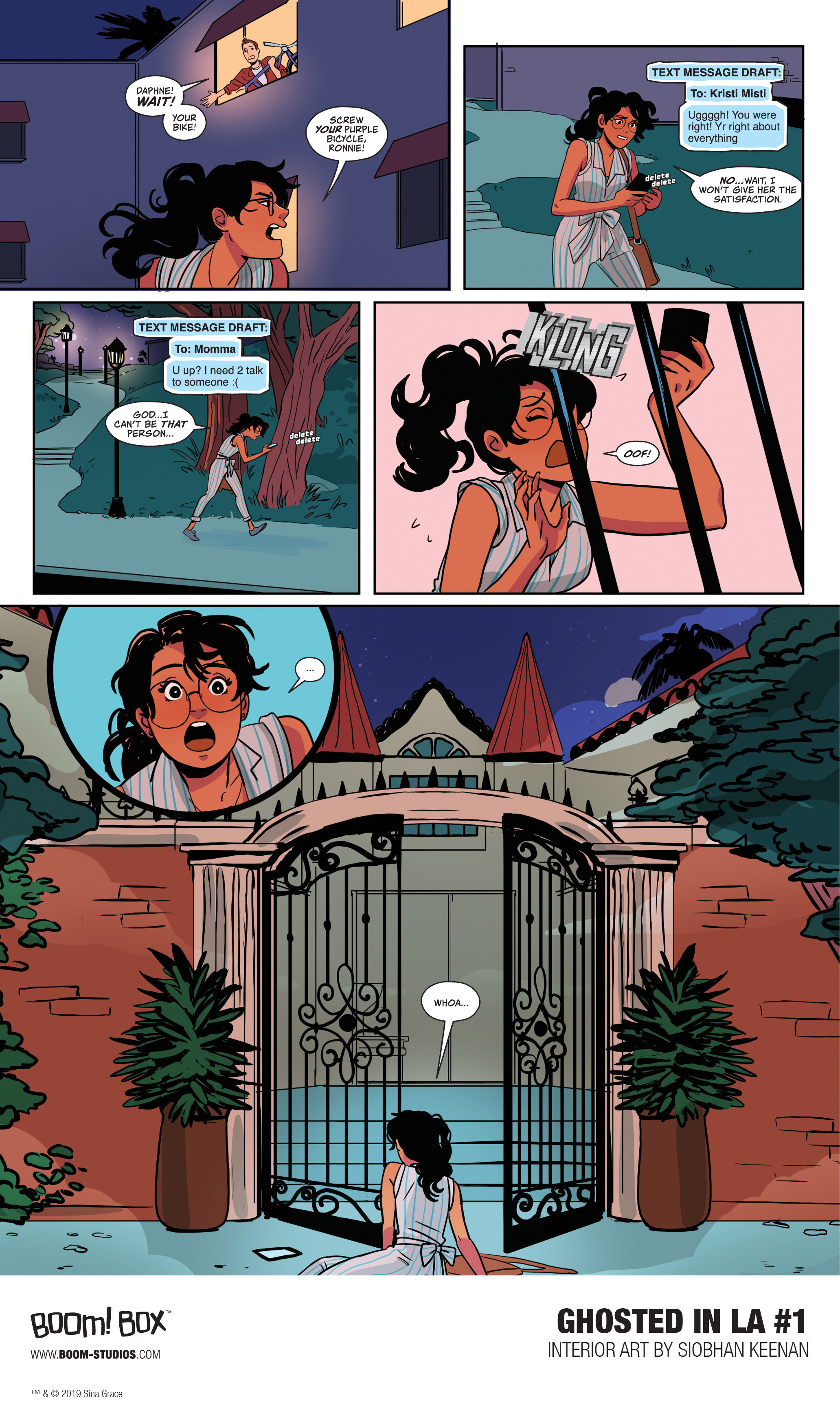