If it’s dark, turn on a light & listen to the music

Pop-Culture Spectrum has previously provided the official press release for the upcoming Harry and The Potters album “Lumos“. Here we express your insistence on getting your hands on it.

The Kickstarter ends at 8 PM Eastern on May 23rd, 2019 and is fully funded at over $40K. The album itself is recorded and ready for your ears. The Kickstarter essentially a pre-order method to cover physical CDs, Vinyl and even amazing discography USB drives.

We’ve been a long supporter of Wizard rock here, a fan of a variety of performers and groups. One of the greatest things about the genre is that while based upon J.K. Rowling’s Potterverse in lyrics, most if not all songs tend to work outside of their trappings as both rollicking good numbers and words that explore material beyond its base creation. 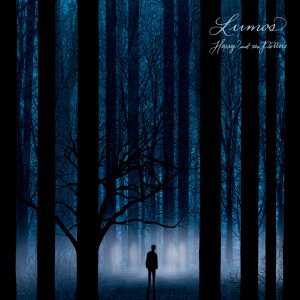 The same can be said of this new album, 13 years since their last, from Harry and The Potters. While the album is clearly based in chapters and sequences from the last book The Deathly Hallows, as the press release they clearly reached further than this. What the test of an album like this though are the songs just good songs, no matter what they are about.  For that I’ve chosen to go the track-by-track mini review method.

1-Lumos: A ditty that starts soft and light but then goes heavy with chill spoken word. A great intro track.

2-You’re Not The Wizard: Seems like an 80’s synth pop jazzy with heavy drums as well.

4-The Trace: The first official single released, it falls under folk rock and early 00’s alternative in its feels.

5-On The Importance of Media Literacy: This track reminded me of something you might hear in the middle of a 90’s Rom Com when things seem their darkest but somehow you know it might all be okay.

6-Hermione’s Army: There’s some what sounds like Sax in this number with a very steady drum beat, the singing style and bass line reminds me of something that might happen had Devo teamed with B-52s.

7-What Happened to the Cat?: Possibly my favorite track on the album. It’s slow and drifty evoking Smashing Pumpkins in ways. It’s the shortest track on the album at 1:35 with very spare lyrics… I didn’t even know we had a cat… but it just hits.

8-The Banality of Evil: Very folky, the kind of sound one generally feels when thinking of Wizard Rock in it’s purest best sense.

9-Gone Campin’: A country like ditty you might hear sung over a campfire, roasting marshmallows as the title suggests.

10-Where’s Ron?: A sweet smooth piano duet with Kimya Dawson on co-vocals.  Calm, relaxed, a lovely follow up to Gone Campin’ if taking the album as the story it is telling from Potter, but as every other track powerful. The Kimya Dawson vocals definitely add a gravitas to the importance of this album.

11-No Pureblood Supremacy: This track is super nerdy and folksy pop, building and building at speed as it goes along until a headrushing instrumental till returning back to its singing line.

12-Voldemort in Your Head: The second shortest track on the album, melancholy with short bursts of wild energy.

13-The Sword, The Cup, and the Dragon: A very dance style track with some rollicking drums, percussion and stark synth lines. This one will get your body moving.

14-The Cloak: A very fast track, not truly dancing, but your foot will start tapping and with invokes of the prior track.

15-The Stone: The longest track on the album at 9 minutes and 30 seconds. It has epic orchestral tones with what seems accordion.  It is slow and deep for the entirety of the song… giving you the feel the end is near but not quickly.

16- The Wand: The final track. Lyrics definitely heavy on the spoilers ending for Potterverse, but also a very heroic triumphant rock ditty. Killing isn’t the only way to win indeed!

As a whole, this album truly goes through a variety of style but in the end is clearly a modern rock album inspired and influenced by everything that has probably come into their sphere in the 12 years since Deathly Hallows and the 4 since their last short ep.  It is highly entertaining even for a non-Potter fan as all three pior albums from the group have been.  So get to that Kickstarter now or you’ll have to wait till the digital album is out for all on June 21st.

This entry was posted in Music. Bookmark the permalink.