Your First Look at A SPARROW’S ROAR Original Graphic Novel!

This is one the cutest, coolest looking books BOOM has done in awhile IMHO. 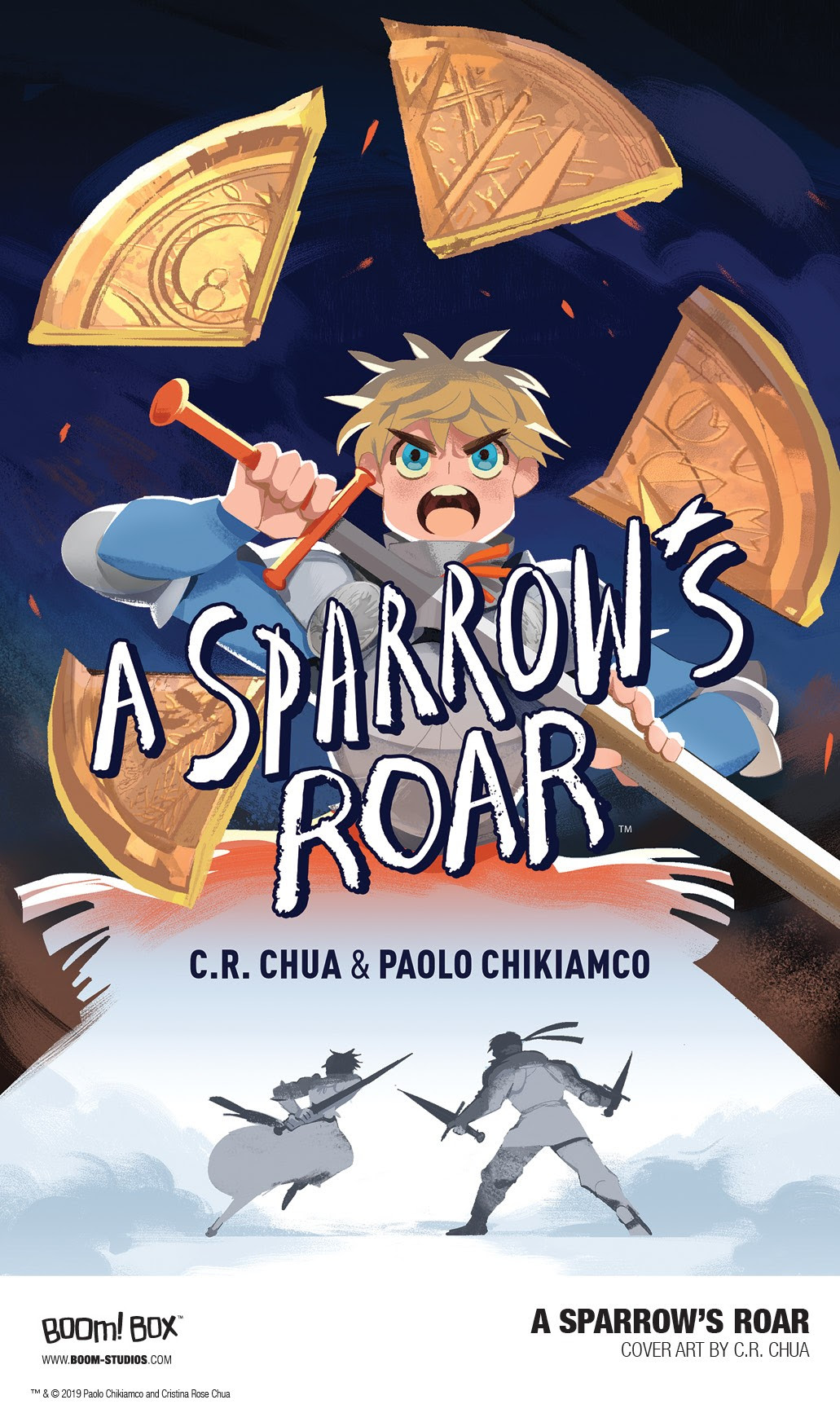 LOS ANGELES, CA (May 15, 2019) – BOOM! Studios today revealed a first look atA SPARROW’S ROAR, a brand new original graphic novel from cartoonist C.R. Chua and co-writer Paolo Chikiamco about a young knight who must assume the identity of her sister in order to save her kingdom, in stores October 2019.

Per and her older sister Elena are both knights in the land of Esterpike. But while Per is a mere knight-in-training, Elena is a war hero and the revered commander of the most famous soldiers in all the land, the legendary Lions of Esterpike. When disaster strikes, Per must do the unthinkable and pretend to be her sister in order to travel to the capital and rally the troops against an incoming invasion that only she knows about. It’ll take all her strength, cunning, and a bit of help from her sister’s second-in-command, Amelia, to pull it off but with the fate of the people in her hands, Per has no choice but to step into Elena’s boots in order to save the kingdom.

Print copies of A SPARROW’S ROAR will be available for sale in October 16, 2019 at local comic book shops (use comicshoplocator.com to find the nearest one), on October 22, 2019 in bookstores or at the BOOM! Studios webstore. Digital copies can be purchased from content providers, including comiXology, iBooks, Google Play, and the BOOM! Studios app.

For more on A SPARROW’S ROAR and more from BOOM! Studios, stay tuned to www.boom-studios.com and follow @boomstudios on Twitter. 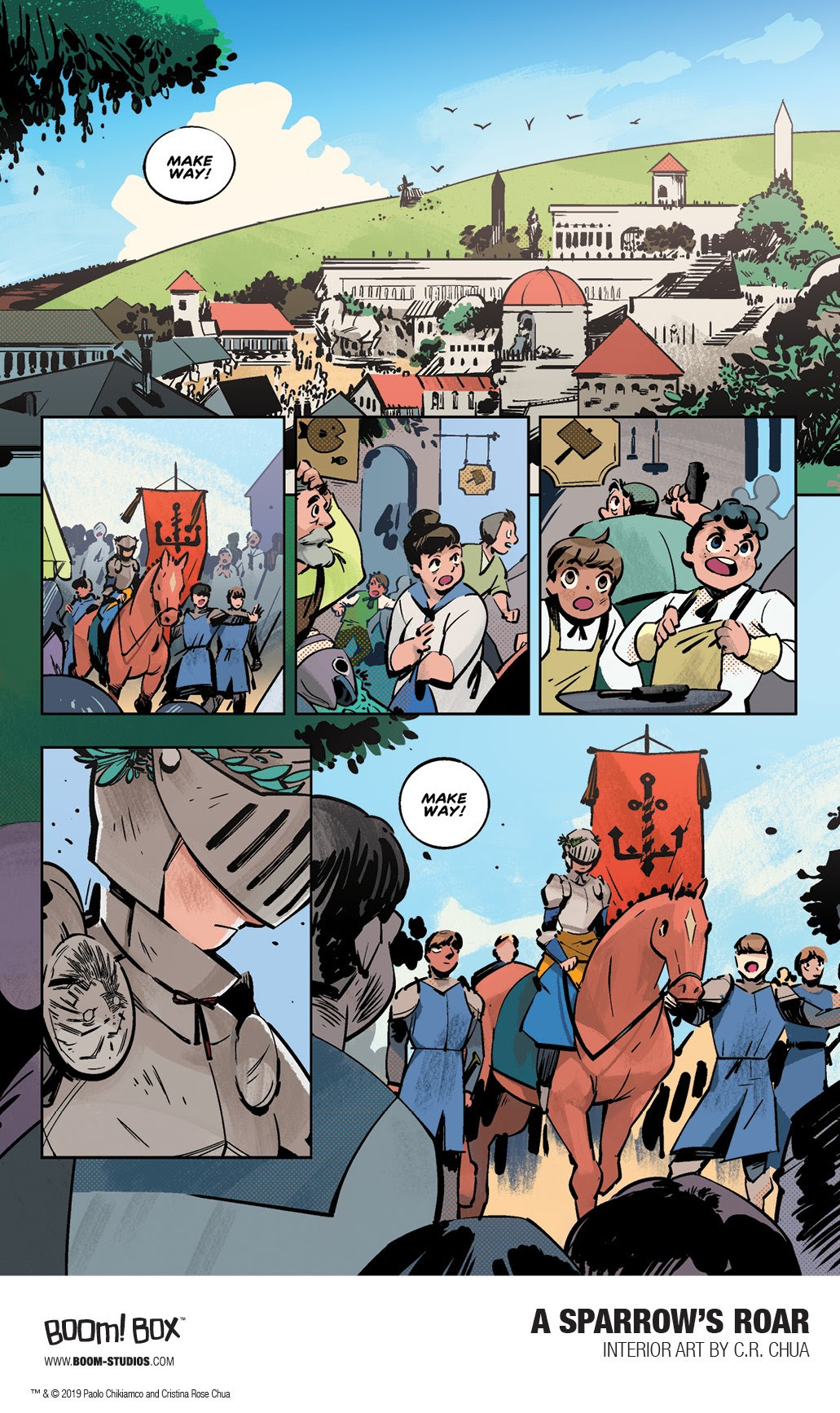 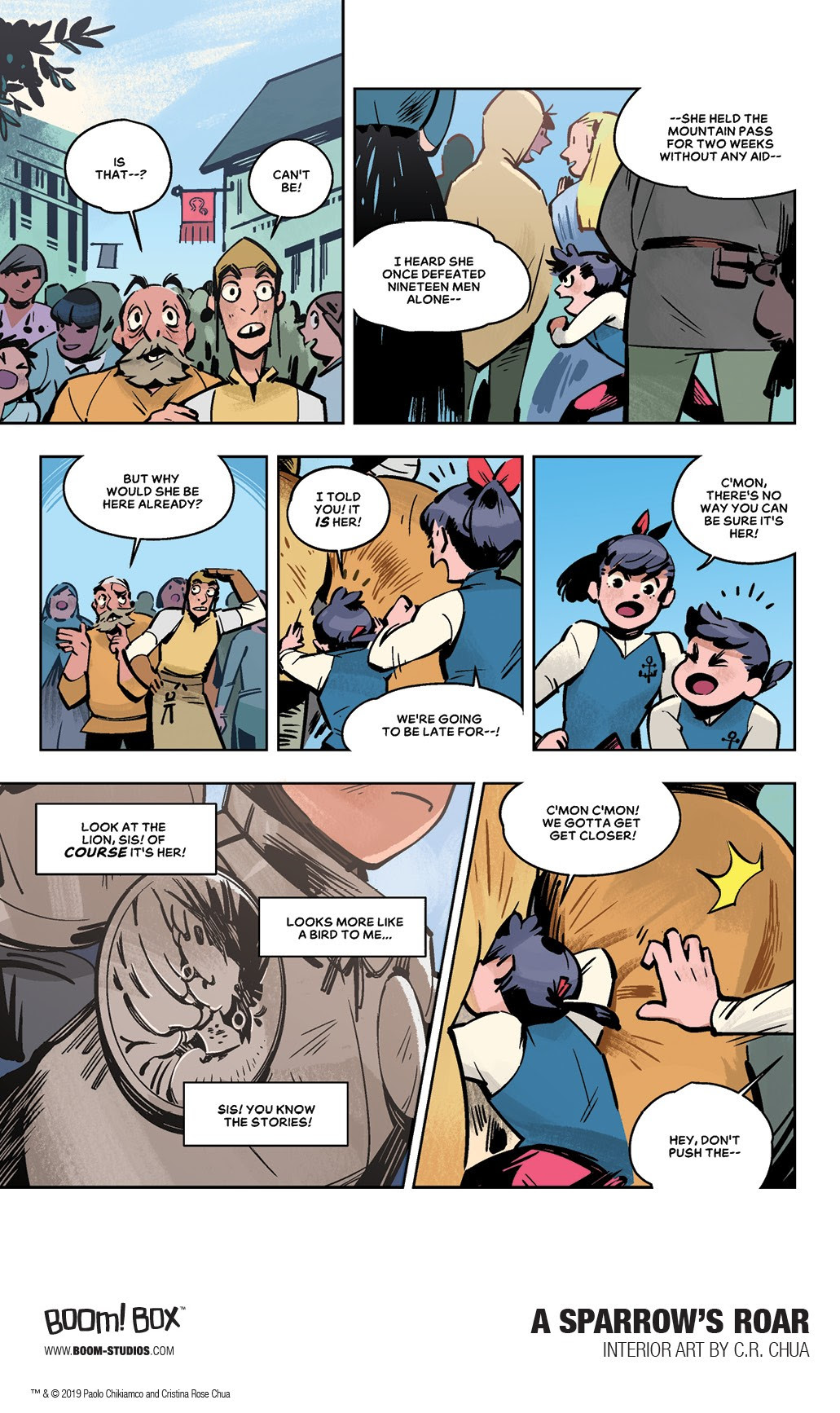 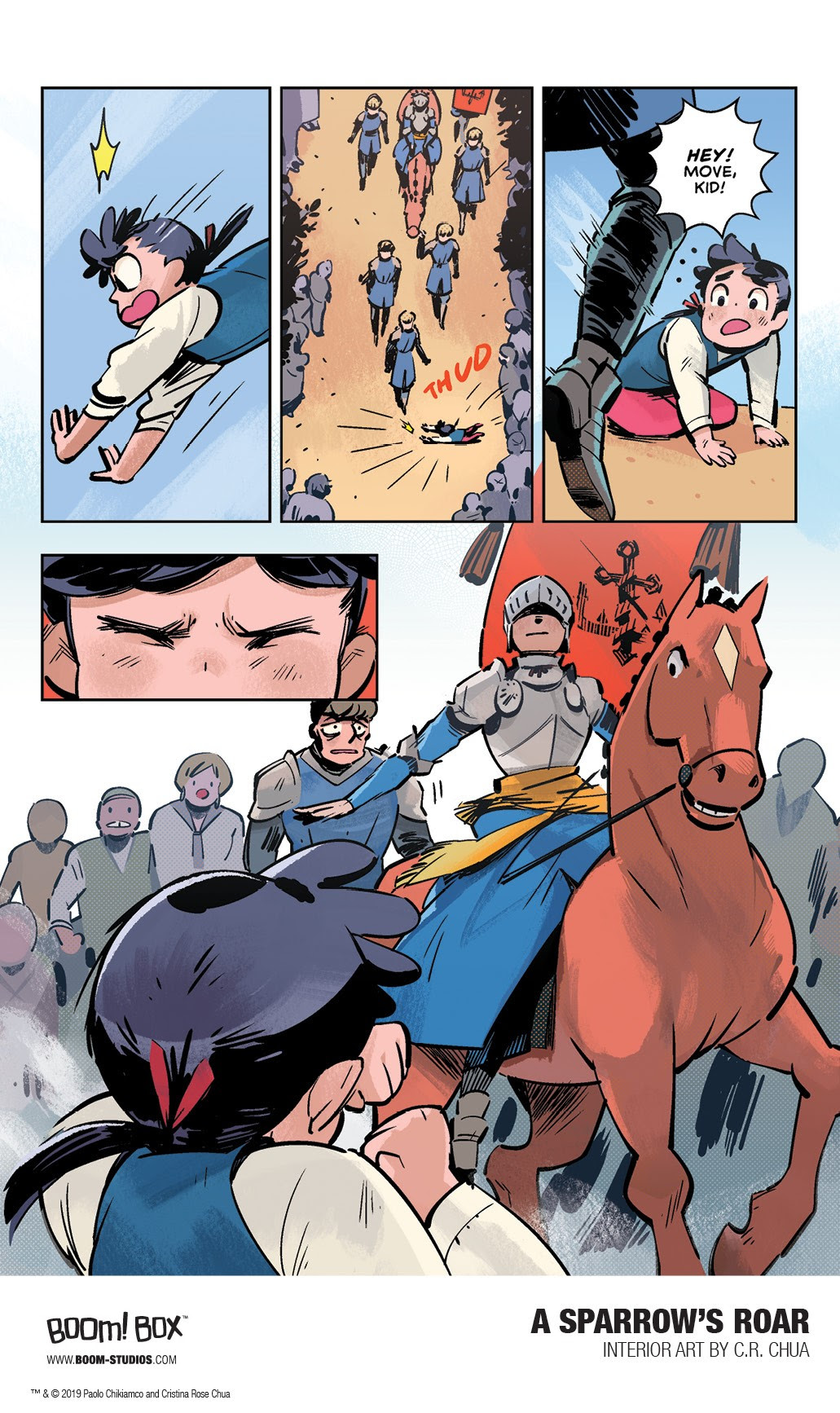 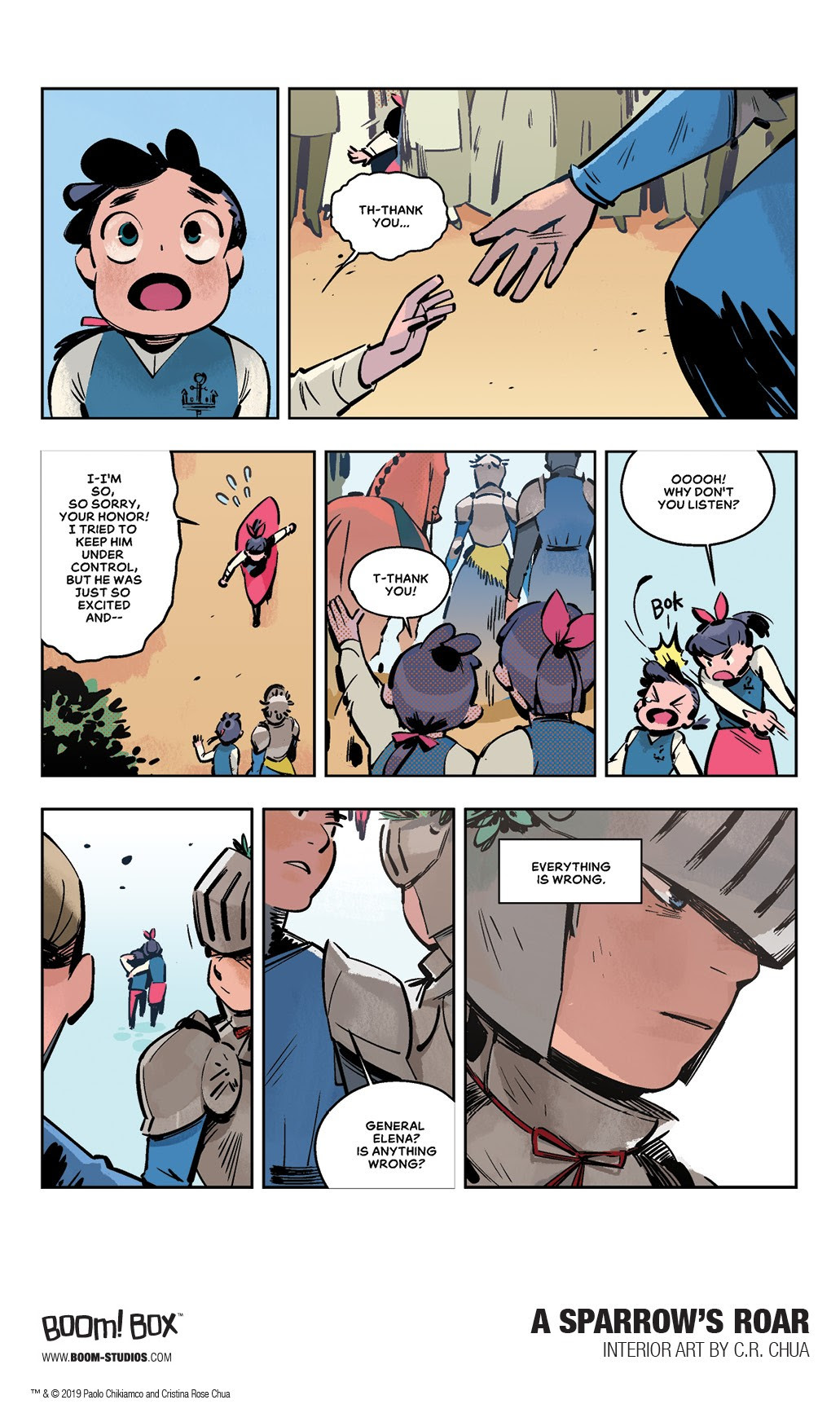