The Angel Omnibus from Dark Horse was printed way back in 2011, which doesn’t feel so long ago, but in the world of publishing it’s a lifetime. This newly redesigned BOOM! edition is a wonderful addition to the now long and storied comic world of Joss Whedon’s Buffyverse. Also knowing BOOM! it’ll have never before seen or never reprinted extras. 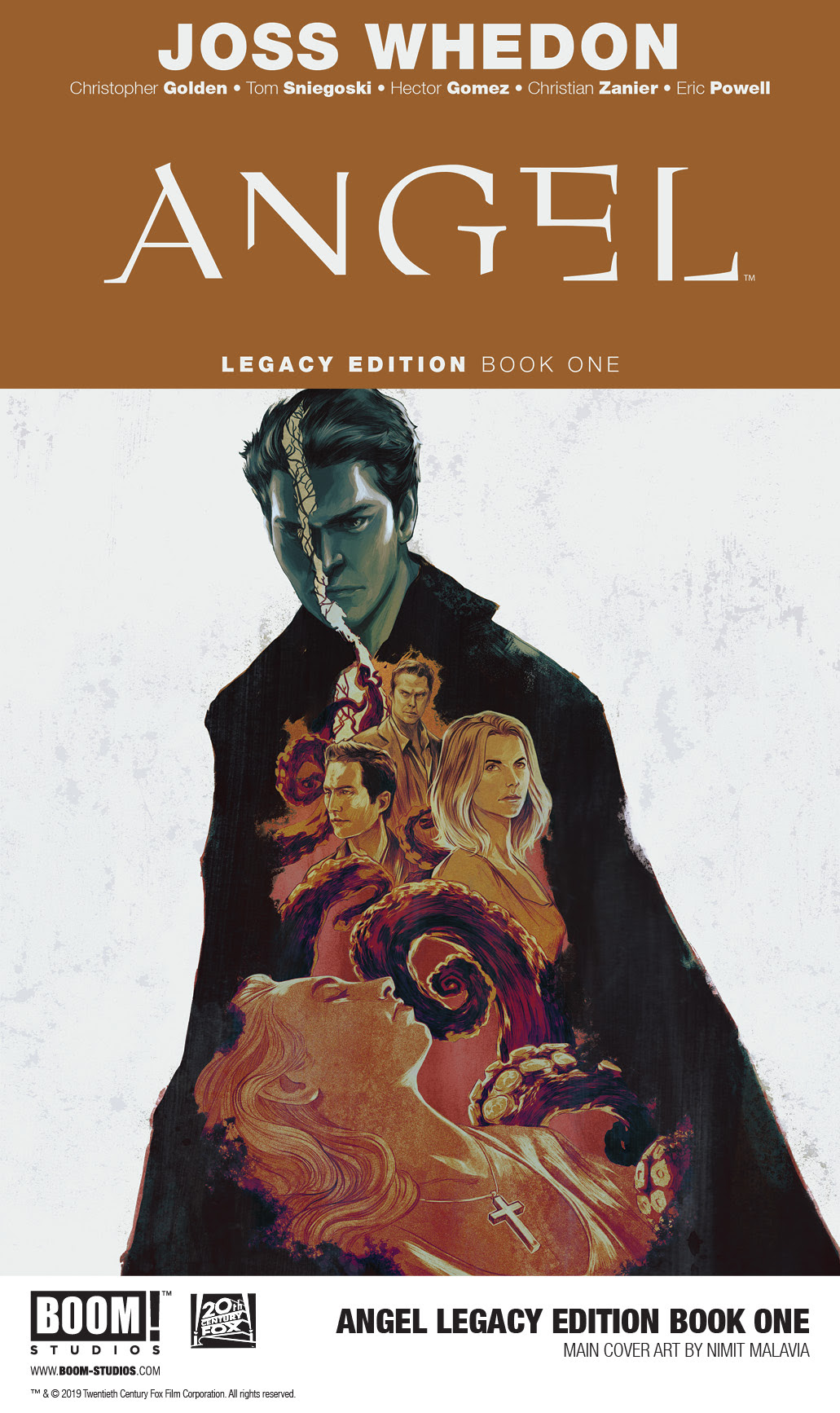 Set during Season 1 and Season 2 of the Angel television series, Angel Investigations is dedicated to its mission of helping the helpless…and putting a stop to a seemingly never-ending demon horde intent on destroying first Hollywood, and then the world! This volume features works by the Emmy Award-winning writer of Angel David Fury, New York TimesBest-Selling author Christopher Golden, and five-time Eisner Award-winning artist Eric Powell, and is a must-have for long time fans and new readers alike!

“Angel is one of the most beloved television series of the last twenty years and has an incredible comic book legacy that we’re excited to honor with these collections,” said Jeanine Schaefer, Executive Editor, BOOM! Studios. “Even if you’re a long time fan of the broody vampire-with-a-soul like me, you’re going to find that each volume of ANGEL: LEGACY EDITION contains a story you might never have read – or been able to track down.”