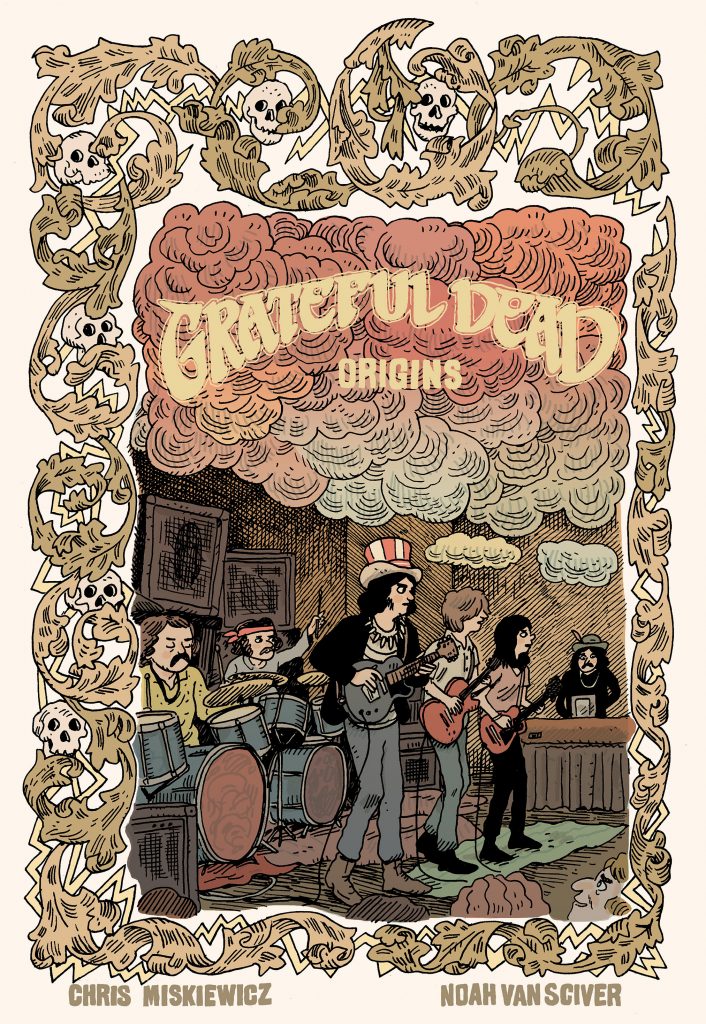 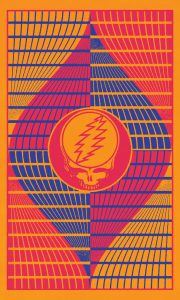 With the recent success of partnerships with BabyMetal, Andy Black and Skillet, Z2 Comics continues to solidify their place as the premier creator of music-affiliated graphic novels. The company has entered in to their largest partnership to date creating a graphic novel for the iconic Grateful Dead. Grateful Dead Origins takes an in depth and personal look at the formation of one of the most important American rock bands of all time, exploring the early days of Jerry Garcia, Phil Lesh, Bob Weir, Pigpen, Bill Kreutzmann and Mickey Hart. The story of the band’s transformation from a bar band performing as the Warlocks to becoming the creators of their own sound and forefathers for the jamband culture is depicted in the original story written by Chris Miskiewicz and illustrated by Noah Van Sciver. The graphic novel will be scheduled for release in early 2020.

“We’ve seen many archival releases that offer magnificent audio representations of the Grateful Dead’s history, and several filmed interpretations of the Dead’s story. To these, we’re thrilled to add to the Dead’s narrative canon this beautiful portrayal of the Dead’s origin story in the form of this wonderful new comic,” says Grateful Dead audiovisual archivist and legacy manager David Lemieux. “Chris and Noah have captured the Dead’s sensibility in their words and images that bring to life on the page the earliest days of the Grateful Dead, from the band’s founding in 1965 through to Woodstock. We couldn’t be happier to be partnering with such talented artists who have delved so deeply into the Dead’s history and origin.”

“Jerry Garcia was an avid comic book enthusiast so it is incredibly fitting to have the Grateful Dead’s origin story told in graphic novel form,” says Mark Pinkus, President of Rhino Entertainment. “Z2’s passion for the band’s music and mythology make them the perfect partner to bring the story to life. This will undoubtedly be a ‘must have’ item for Grateful Dead and graphic novel fans alike.”

About Grateful Dead: Grateful Dead is a social and musical phenomenon that grew into a genuine American treasure. In 1965, an entire generation was linked together by common ideals, gathering by the hundreds and thousands. This movement created a seamless connection between the band and its fans. As the band toured, Dead Heads would follow. Not because it was a part of popular culture, but because it is a true counterculture that exists to this very day-one that earnestly believes in the value of its beliefs. By 1995, Grateful Dead had attracted the most concert goers in the history of the music business, and today remain one of the all-time leaders in concert ticket sales. Eventually, the caravan evolved into a community with various artists, craftsmen and entrepreneurs supplying a growing demand for merchandise that connected them to the music. Today, the connection is as strong as ever. The band was inducted in to the Rock & Roll Hall Of Fame in 1994 and received a Grammy® Lifetime Achievement Award in 2007. Their final tally of 2,318 total concerts remains a world record.

About Z2 Comics: Z2 Comics have made a name for themselves releasing quality graphic novels in to the marketplace since 2012. In 2016, Z2 began collaborating with musicians to create graphic novels centered on unique stories and exclusive music. That ideal led them to work with the likes of Dan Auerbach (The Black Keys), DJ Paul Oakenfold, jazz trumpeter Dave Chisholm and others. 2018 marked another landmark year as Z2 partnered with Japanese metal band BABYMETAL on Apocrypha: The Legend Of BabyMetal, which is one of the biggest selling graphic novels Z2 has released. With the upcoming release of Andy Biersack’s The Ghost Of Ohio in 2019 and other soon-to-be- named partnerships, Z2 Comics continues to push the envelope with their music and comics integrations.

This entry was posted in Books, Comics, Music. Bookmark the permalink.