Posted on 02/22/2019 by Pop-Culture Spectrum
“An Unsolved Mystery with the Usual Suspects”
Gets a Most Unexpected Interpretation by the Acclaimed Animator!

SAN DIEGO, CA (February 22, 2019) – IDW Publishing is proud to announce that Dash Shaw, the comic book auteur and creator of the celebrated animated film My Entire High School Sinking Into the Sea, will unravel an all-new mystery in CLUE: Candlestick, a three-issue comic book miniseries launching in May.

All of your favorite suspicious characters are back in this new brain twister based on the timeless detective game. The CLUE: Candlestick miniseries is rife with puzzles, secrets, and lies, and everyone’s a suspect! Visionary creator, Dash Shaw unleashes his murderous imagination – and writing, illustrative, coloring, and lettering prowess – on the quirky, thrilling and mysterious world of CLUE!

“What a total honor and joy it is to play with the CLUE universe. I grew up loving the colorful characters, the map of the manor, and the whodunit of it all,” says Shaw. “Readers familiar with my other work might be surprised to see me doing this, but when they get the comic, they’ll see it makes total sense… I’m having a total blast drawing this thing. The monthly serialized format will really help milk the mystery, so I hope readers will follow/play along!”

“I’ve been a fan of Dash Shaw since his dynamic experimental work in the early 2000s, and his moving long-form stories like Bottomless Belly Button and Body World really blew me away—it was incredible to see that kind of depth below an already-impressive surface,” says Editor-in-Chief John Barber. “I couldn’t be more excited to see Dash’s mind and pen crafting this CLUE story.”

Shaw’s loyal fans will thrill to know that, in addition to his fantastic main covers for the series, variant editions of each issue will form a triptych of the iconic suspects and their murderous instruments, and illustrator Jed McGowan (Time in Nature) will also provide a special incentive cover. For added value, each issue features extra-length story content and will feature brand new CLUE game cards based on the comic.

For information on how to secure copies of the CLUE: Candlestick comic book series, please contact your local comic shop or visit www.comicshoplocator.com to find a store near you.

CLUE and CLUEDO and all related characters are trademarks of Hasbro and used with permission. © 2019 Hasbro. All Rights Reserved.

Creator Bio
Dash Shaw is the cartoonist of many graphic novels, such as Doctors, Bottomless Belly Button, BodyWorld, New School, and Cosplayers. He also wrote and directed the animated feature My Entire High School Sinking into the Sea which premiered in the 2016 New York Film Festival main slate and the Toronto International Film Festival. Its U.S. theatrical release was in 2017, and it is currently available on Netflix streaming in North America. It was one of ArtForum Amy Taubin’s “Best Films of the Year.” He’s directed a music video for Sigur Ros and animated sections for documentaries and television, such as for the second season of 13 Reasons Why. His comic short stories recently appeared in the Fantagraphics anthology series Now. He lives in Richmond, Virginia. 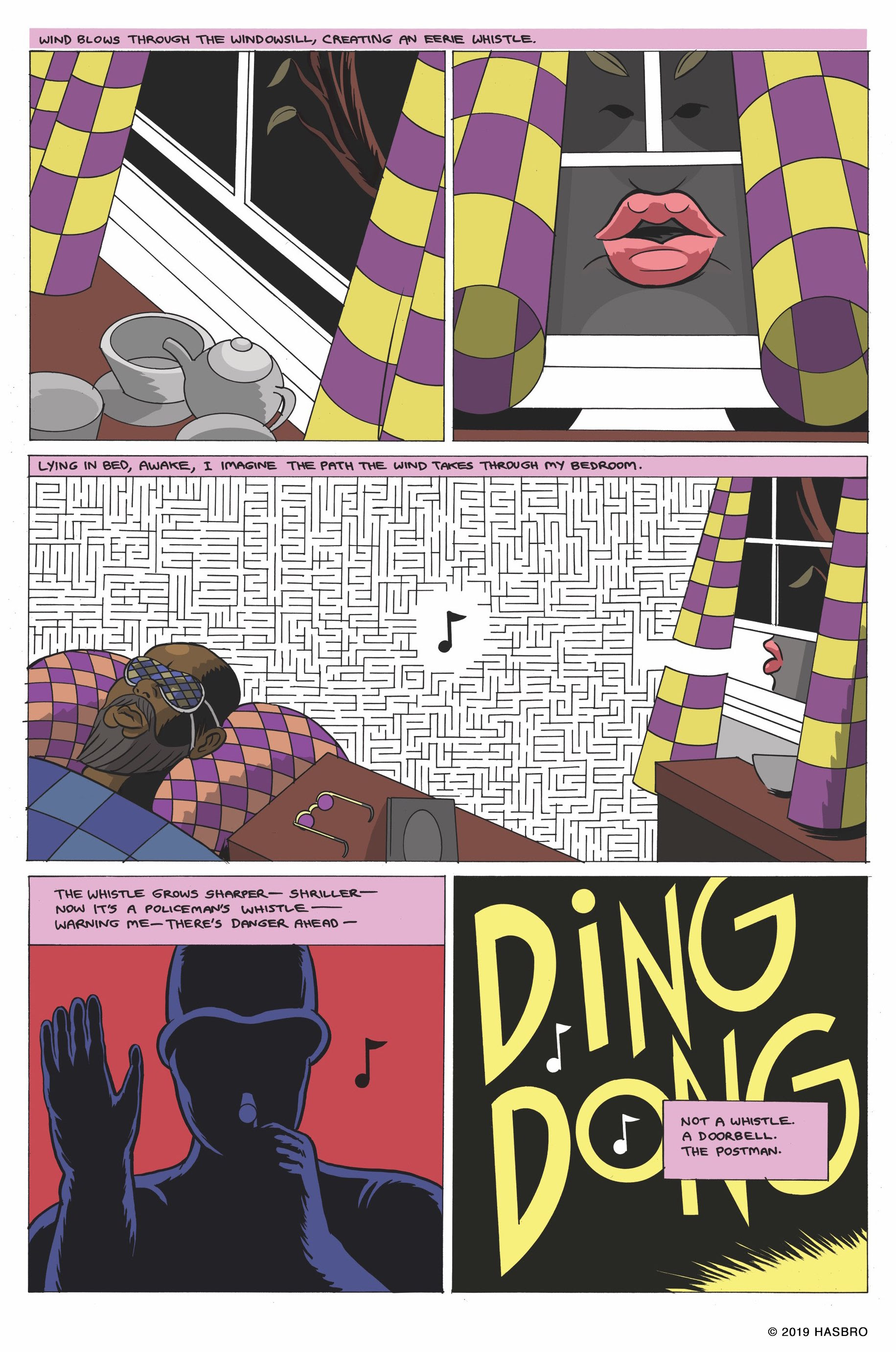 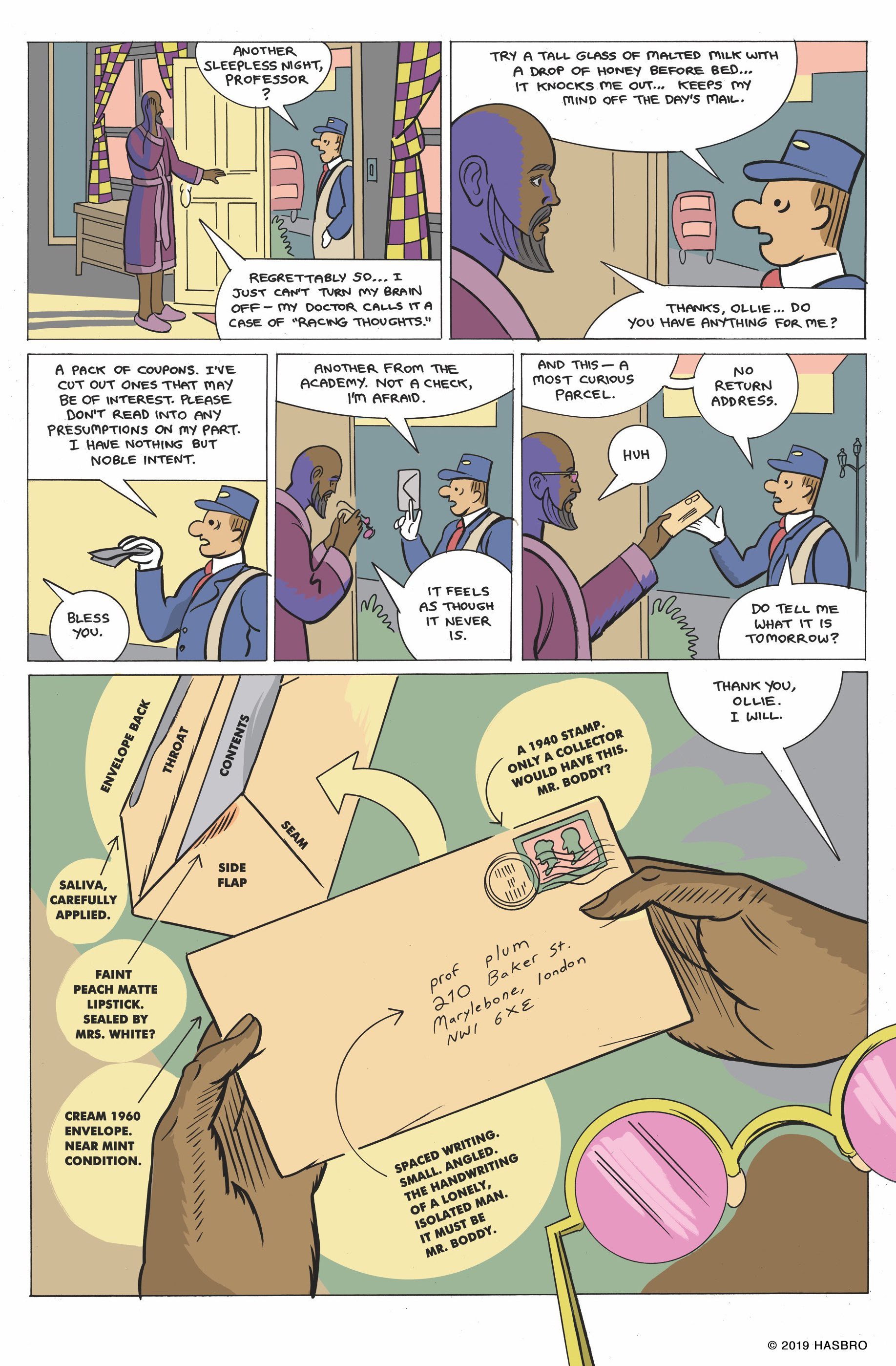