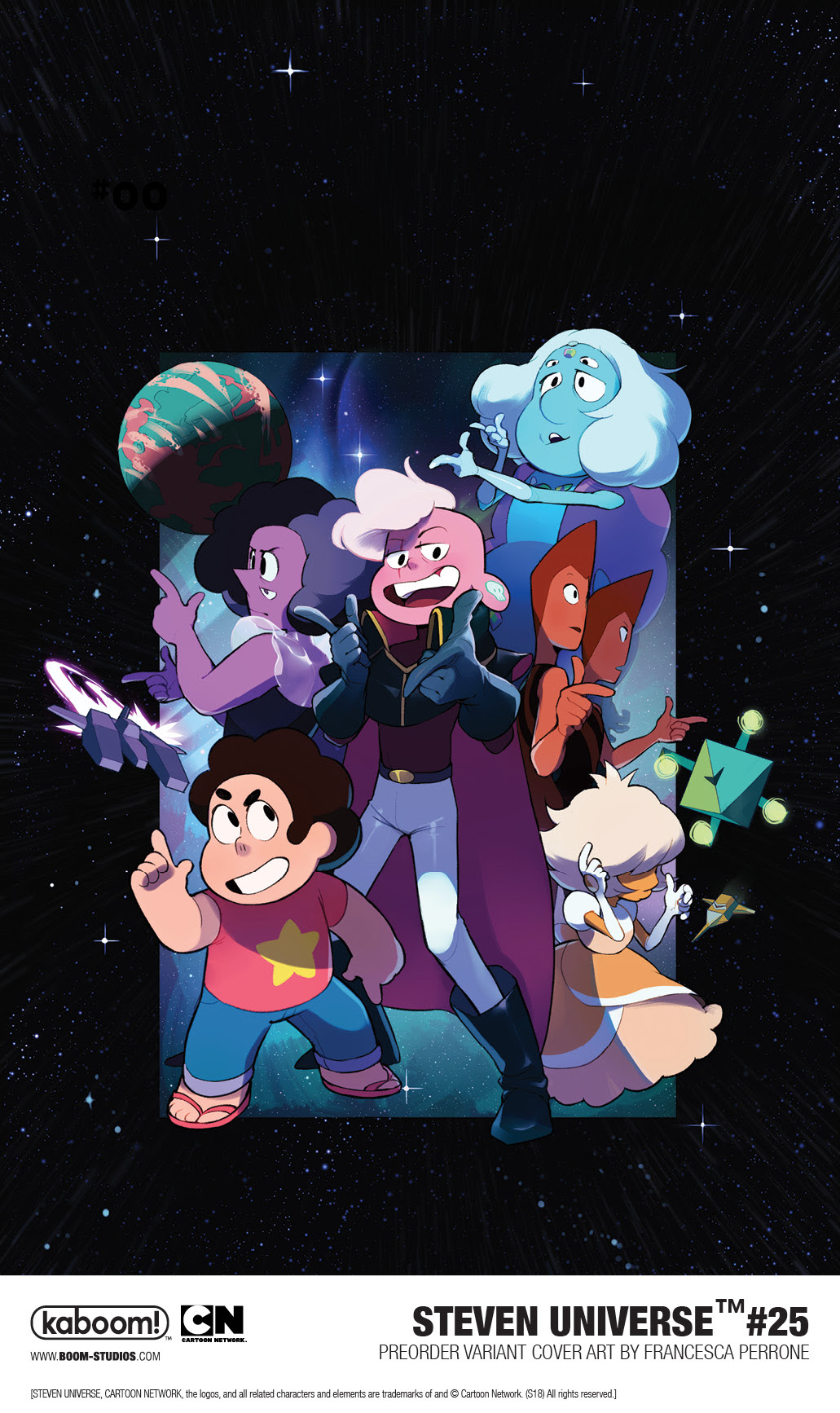 Bingo bongo, spacefarers! From slinging donuts in Beach City to swashbuckling his way across the galaxy in a stolen spaceship, Lars has come a long way. And now with the Off Colors as his dependable and devoted crew, he’ll travel even further into the cosmos. But how deep is this newfound confidence? And what happens when the entire crew’s lives depend on him? Blas and Bagnoli blast us into hyperspace for an out-of-this-world journey into a mysterious nebula that forces our daring cast of gems, humans, and fusions to confront their deepest, darkest fears.

“Steven Universe and its characters have had a great impact on so many, so the opportunity to add to this amazing world was too good to pass up. To be able to breathe life into a story about Lars and the Off Colors, a group of misfits trying to find their confidence and where they belong in the cosmos, is exactly the type of story I enjoy writing.” said writer Terry Blas.

“When I received the proposal to draw this adventure I was enthusiastic! Steven Universeis a series full of crazy things and incredible characters that I love. I really enjoyed drawing it, and I hope the readers will have as much fun as I did while working on this comic book.” said artist Gabriele Bagnoli.

“There’s so much left to discover about this new space pirate version of Lars and the rest of the crew. We’re excited to give fans a story that shows new facets and sheds new light on these uniquely fascinating characters.” said Matthew Levine, Editor, BOOM! Studios. “Sometimes it takes a death-defying adventure into the darkest recesses of the universe to confront what’s hidden inside.”

STEVEN UNIVERSE™ is the latest release from BOOM! Studios’ award-winning KaBOOM! imprint, home to comics for middle grade and younger readers including licensed series such as Over The Garden Wall, Regular Show, Steven Universe, Peanuts, and Garfield, along with original series like Mega Princess by Kelly Thompson and  Brianne Drouhard, Bodie Troll by Jay Fosgitt, Ruinworld by Derek Laufman, and The Deep by Tom Taylor and James Brouwer.

Print copies of STEVEN UNIVERSE™ #25 will be available for sale on February 27, 2019 exclusively at local comic book shops (use comicshoplocator.com to find the nearest one) or at the BOOM! Studios webstore. Digital copies can be purchased from content providers, including comiXology, iBooks, Google Play, and the BOOM! Studios app.