Your First Look at “THE SONS OF EL TOPO” From BOOM! Studio

Discover The Sequel To The Groundbreaking Film in December 2018 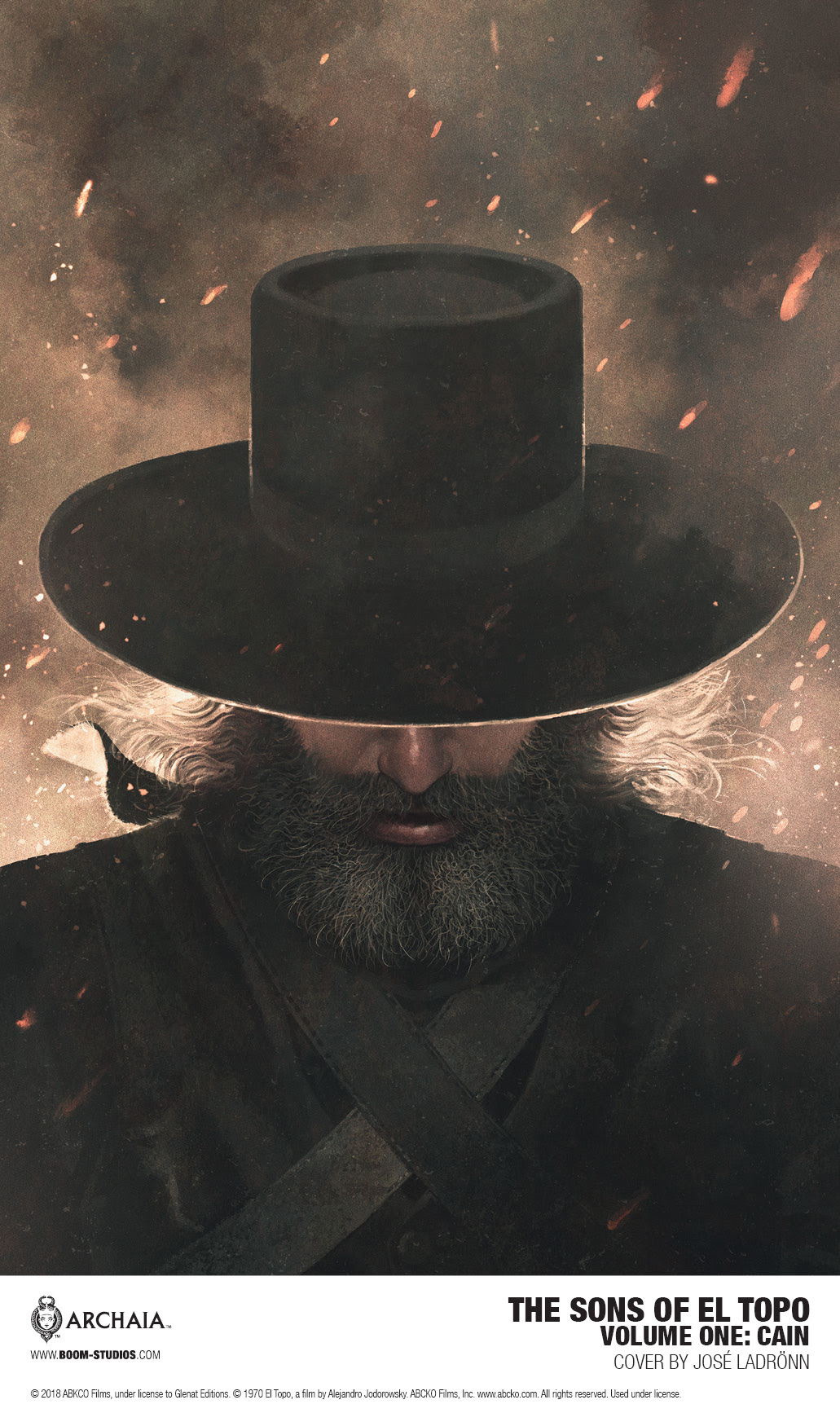 The merciless gunslinger El Topo has abandoned his pursuit of ultimate gun mastery to find enlightenment in the unlikeliest of places and is forever transformed, becoming a holy vessel imbued with the power to perform miracles and cheat death. But just as he gains sainthood, tragedy strikes as his community of outcasts is murdered before his eyes and his long-abandoned Hijo, Cain, returns to kill the father who discarded him many years ago.

Fueled by resentment but unable to strike his saintly father, Cain instead vows to hunt down his half-brother Abel, leading to an astonishing quest in THE SONS OF EL TOPO VOLUME ONE: CAIN, featuring a haunting cover by José Ladrönn, and continuing the legend in graphic novel format.

“The son becomes the father in this new chapter of El Topo’s saga as we follow Cain’s journey through the same desert wastelands and twisted mental landscapes that Jodorowsky built for us in the original film. Longtime devotees and new fans alike will love to explore this world with Jodorowsky and Ladrönn at the helm,” said Sierra Hahn, Executive Editor, BOOM! Studios.

Print copies of THE SONS OF EL TOPO VOLUME ONE: CAIN will be available for sale on December 19th at local comic book shops (use comicshoplocator.com to find the nearest one), at bookstores on December 25th, or at the BOOM! Studios webstore. Digital copies can be purchased from content providers, including comiXology, iBooks, Google Play, and the BOOM! Studios app.

For continuing news on THE SONS OF EL TOPO and more from BOOM! Studios, stay tuned to www.boom-studios.com and follow @boomstudios on Twitter. 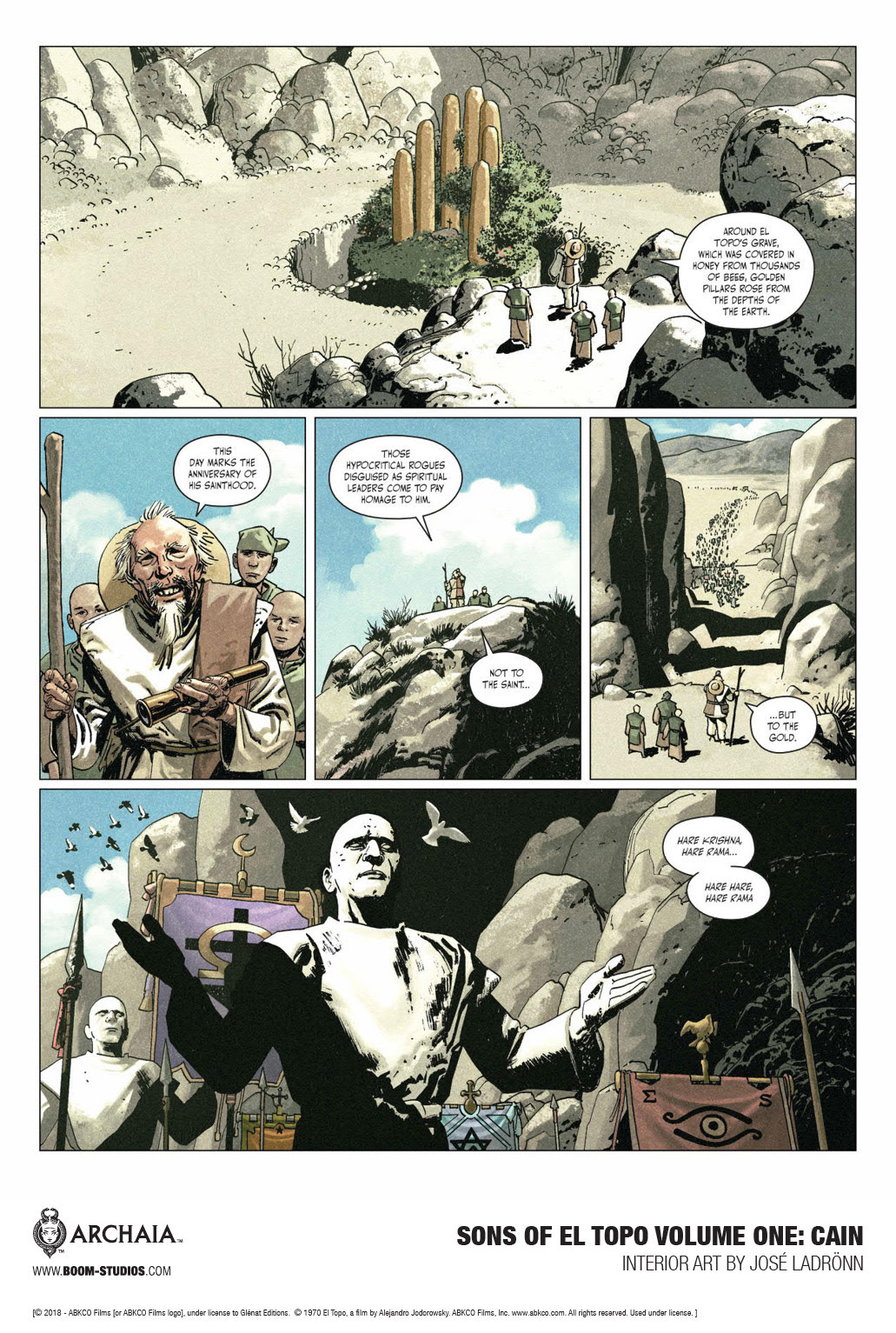 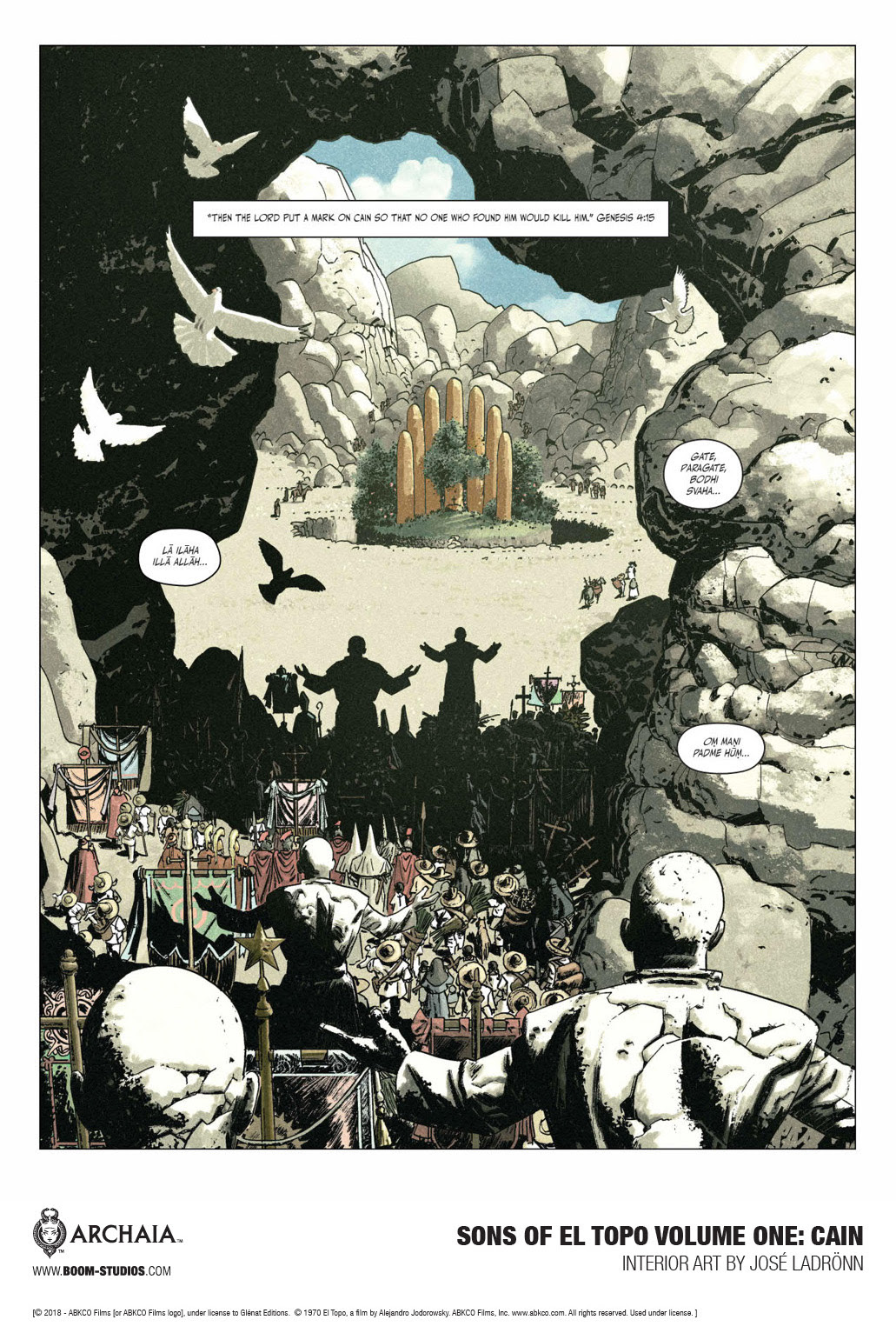 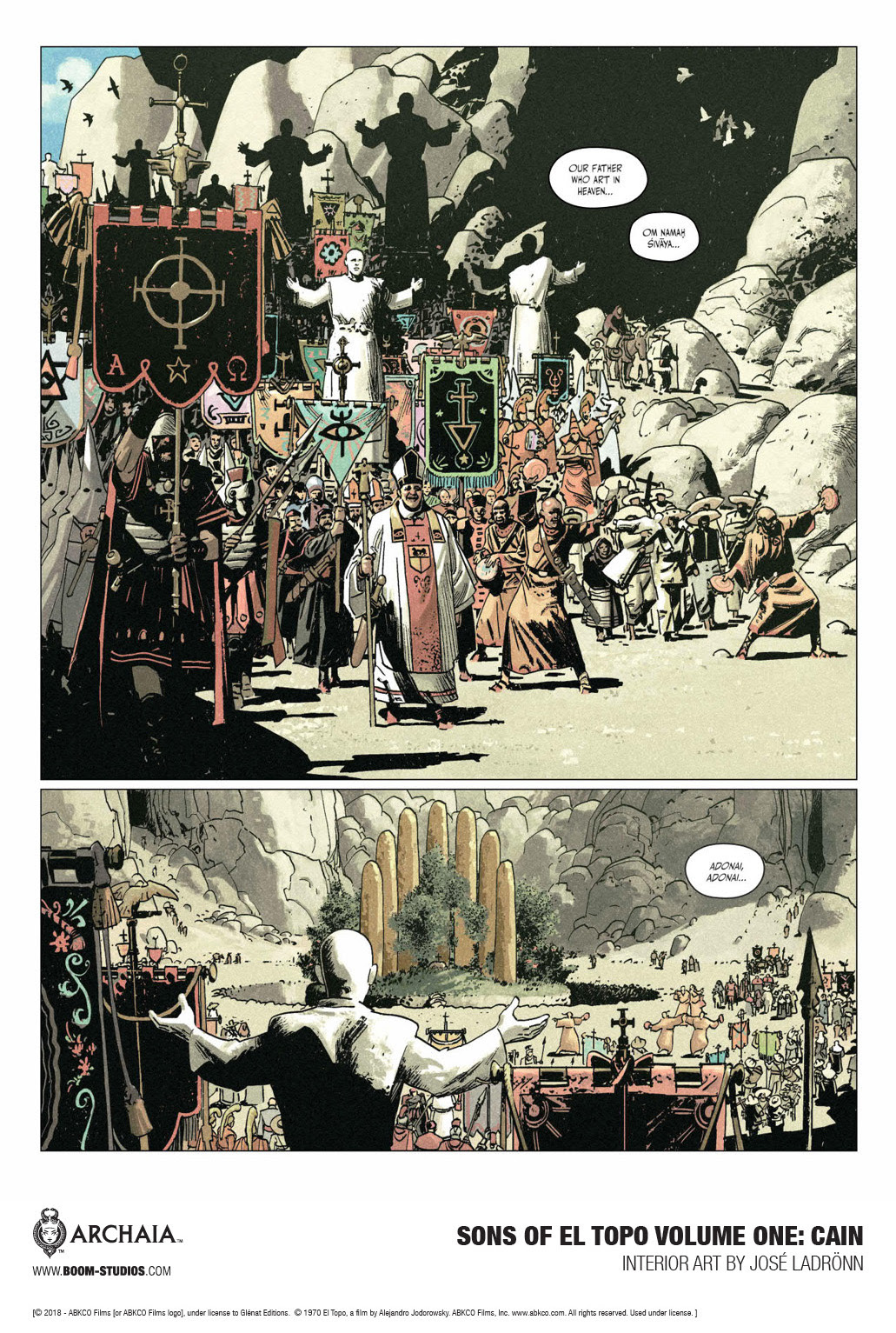 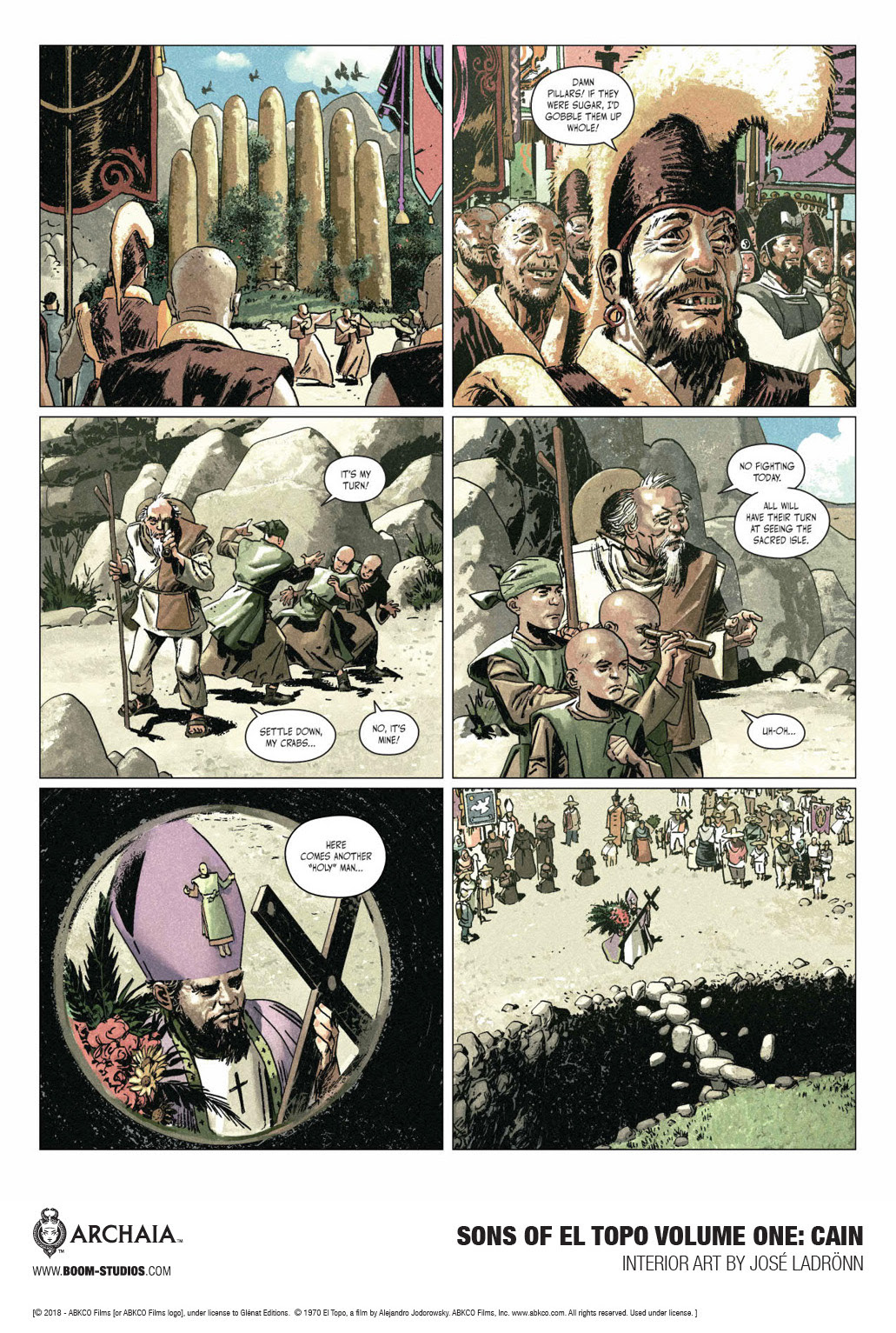 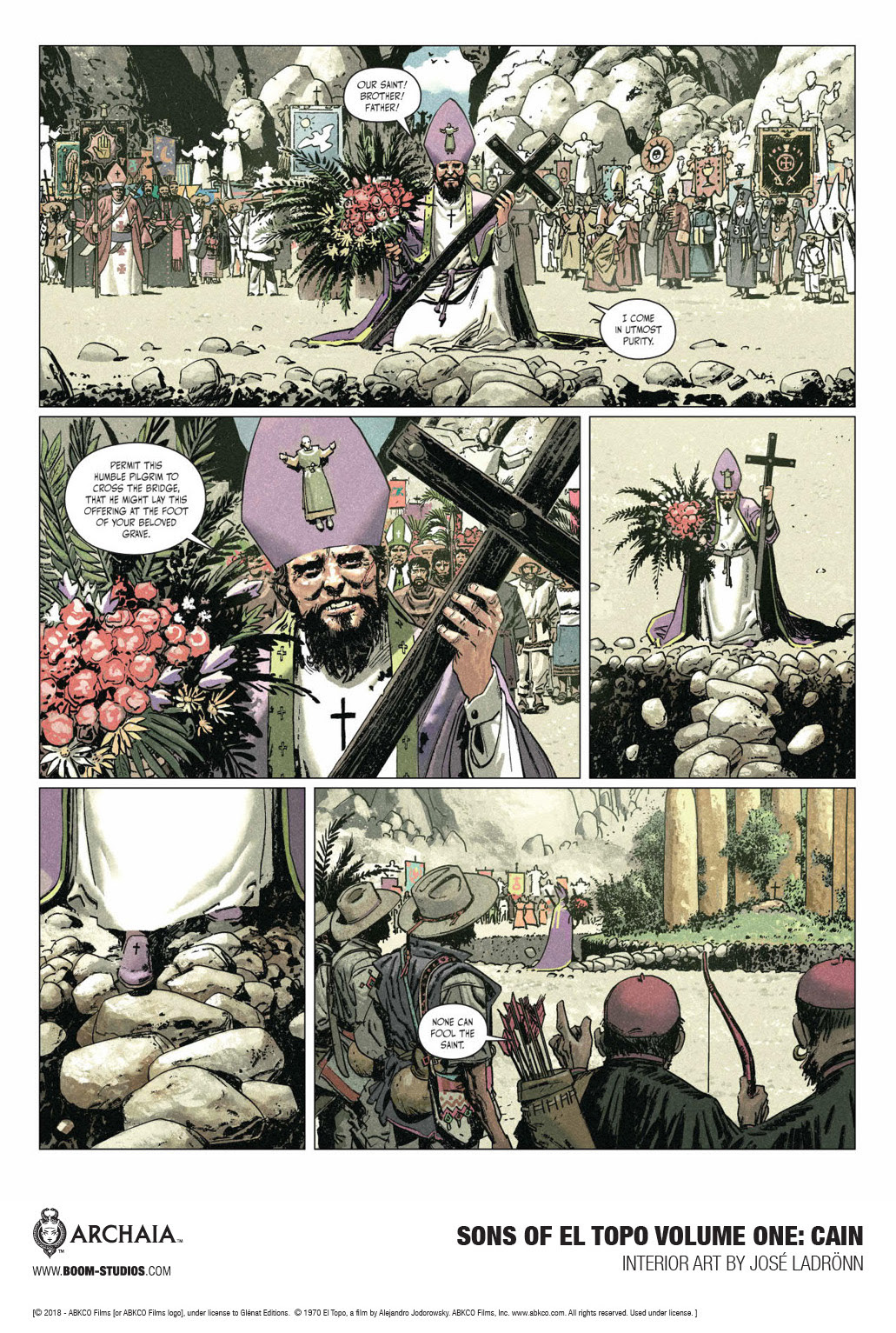 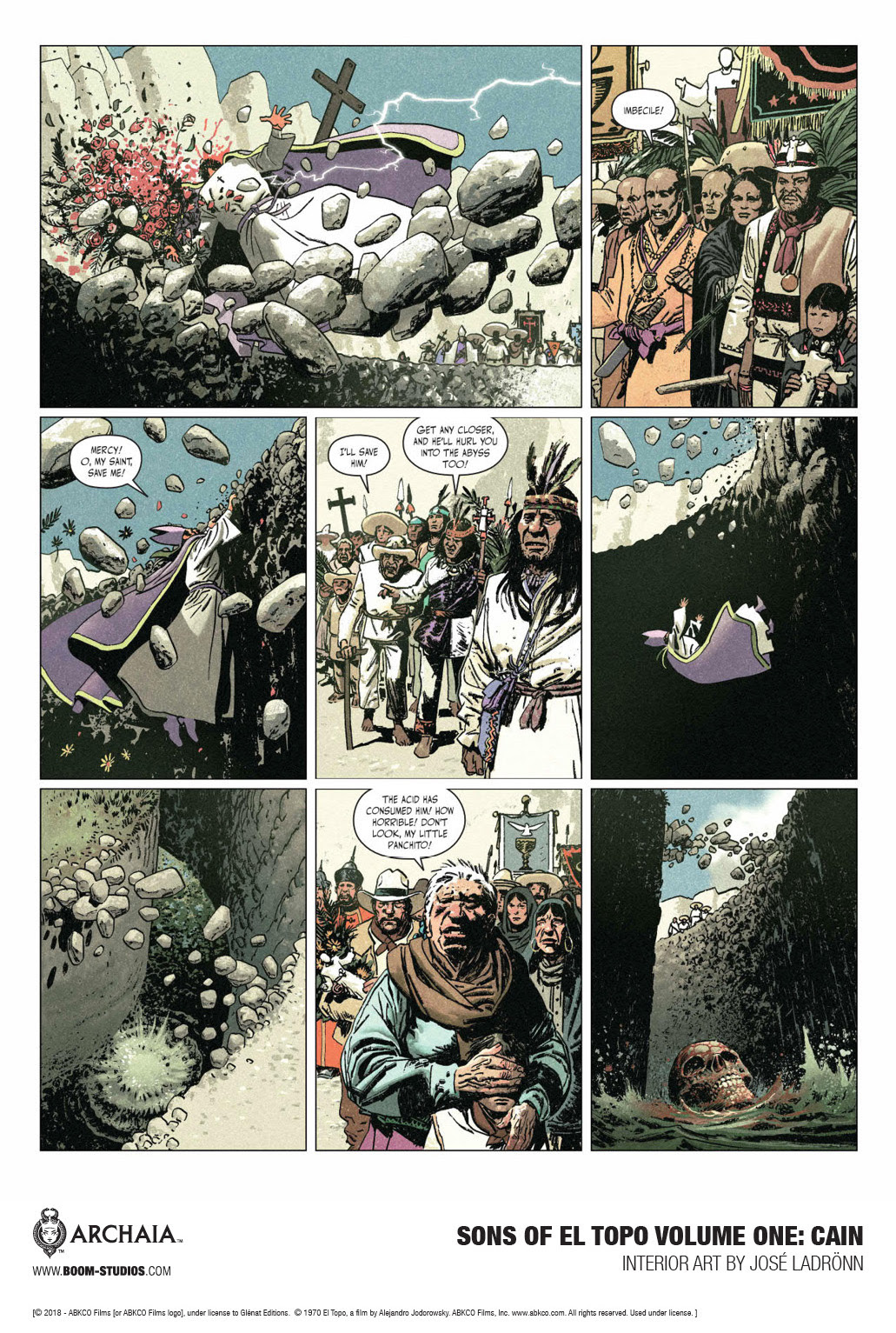 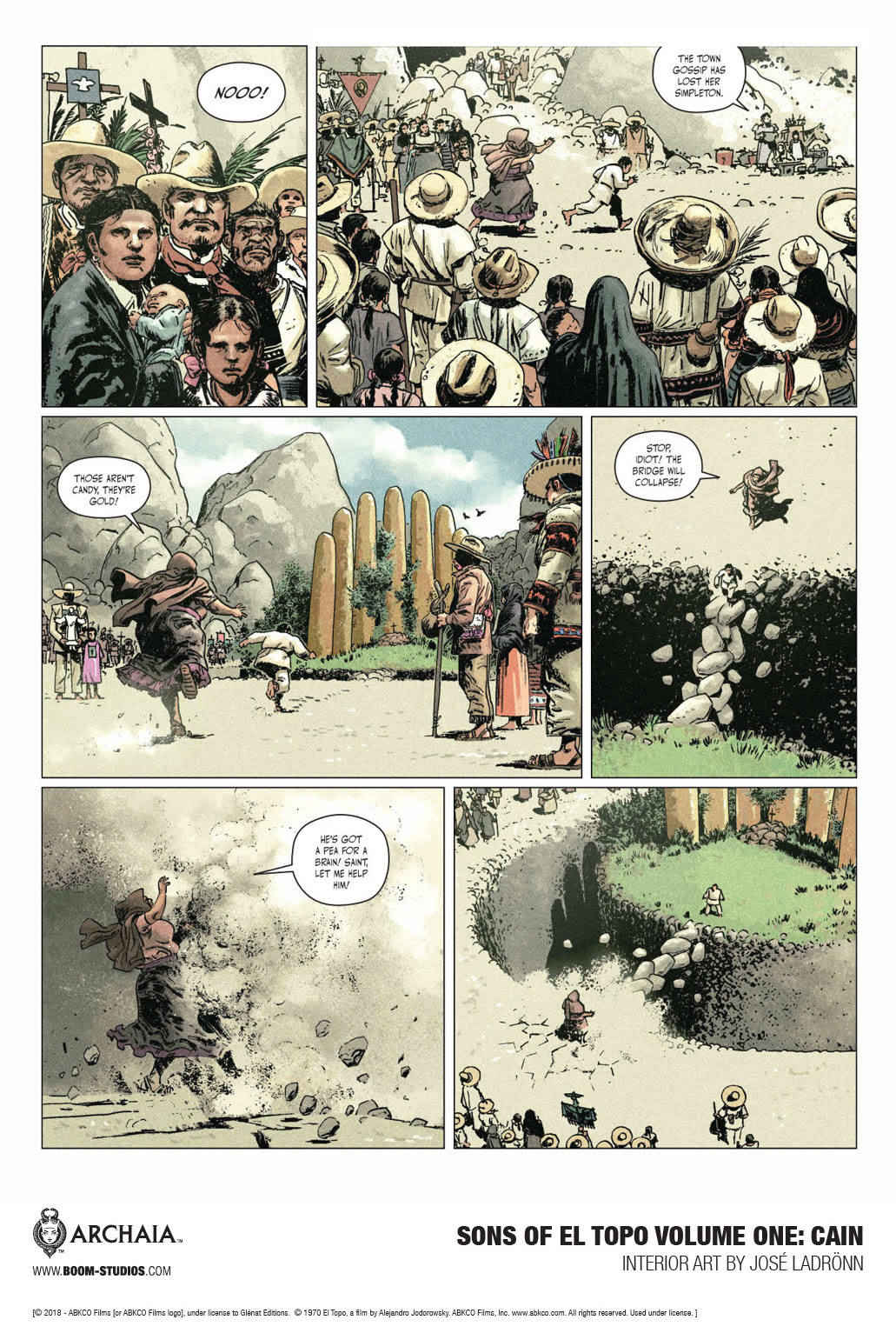 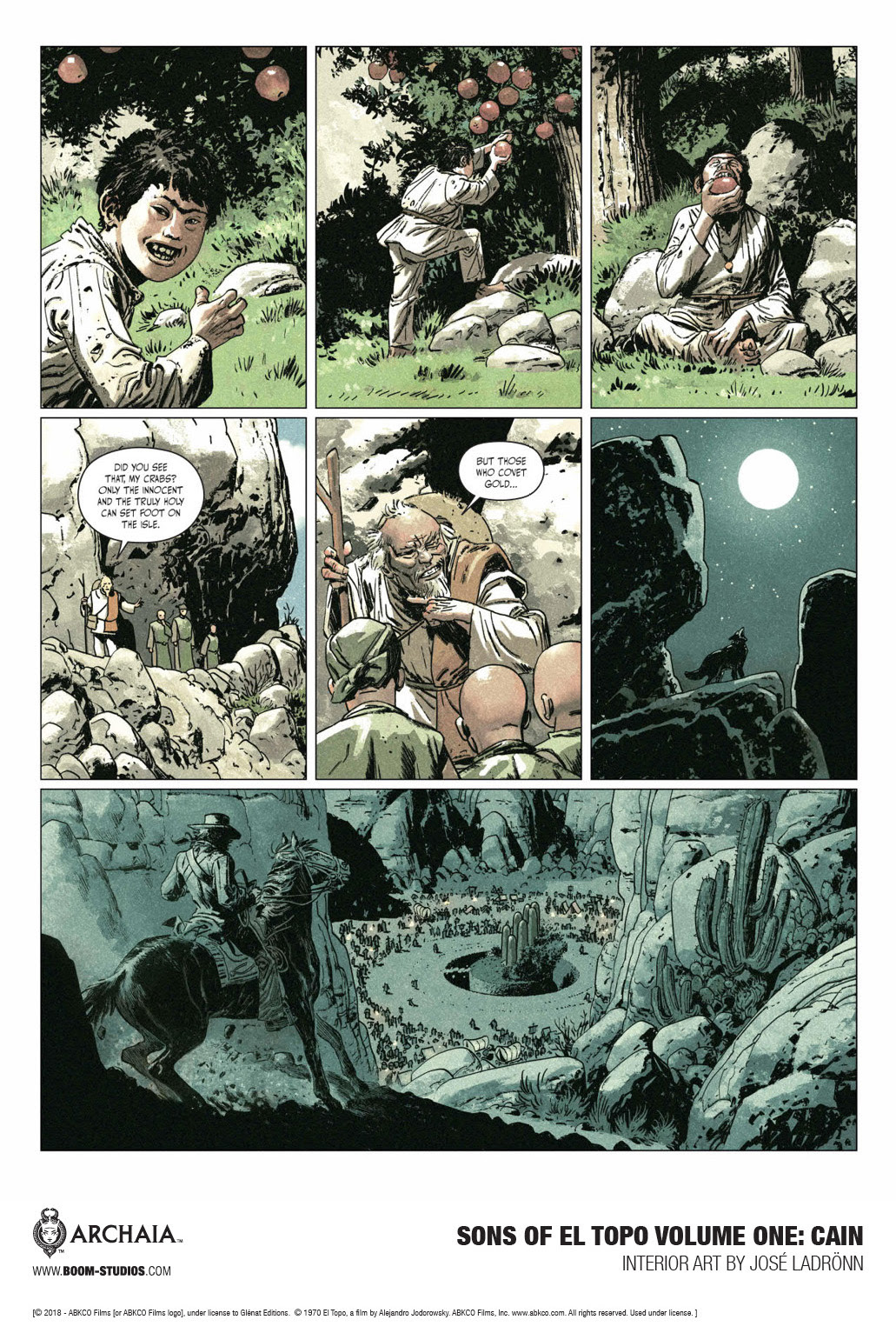