On February 4th, the fun filled lucha-libre party known as CHIKARA, a performance based all ages wrestling company shall present National Pro Wrestling Day 2017. It is done as a yearly event since 2013 as a fundraiser as well as a place for fans old and new to discover and appreciate the company.

My first NPWD was 2014 when during the time CHIKARA was embroiled in a storyline in which it had been closed down and was fighting for its return. It was an exciting event and it pulled me into CHIKARA more then I ever was, although I was pretty pulled in at that point. I unfortunately have not made it to a NPWD since but have been to a share of CHIKARA events.

Thus year I change that as I head to the Wrestle Factory to experience an event headlined by the Young Lions Cup. The Young Lions Cup is a tournament held during the early years of CHIKARA which featured the debuts of talent from elsewhere and the graduates of the wrestle factory school of CHIKARA taking on some more established but still relatively young CHIKARA talent.

National Pro Wrestling also features other matches and in many ways is the unofficial start of a CHIKARA season. On top of that and most importantly in many ways while the show itself is free it is a Charity Fundraiser and Awareness event. Each year something very special is chosen, and this year is no different.

The best way to explain the The Superkick Foundation is to directly take from their mission statement: 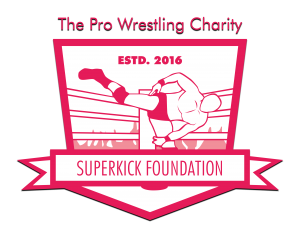 The Superkick Foundation is not your average non-for-profit charity. We are comprised of young people who have a genuine desire to make a difference in the country and in the world, with no mixed messages on hidden agendas. Massive wrestling fans primarily based out of New York City, we intend to serve a variety of different individuals in the most beneficial ways. Regardless what mainstream outlets view professional wrestling, we recognize that these remarkable athletes, regardless of skill, put their bodies on the line every time they step through those ropes. It is a high-risk job, all for the entertainment of the fans, with insufficient reward. Through our work, we want to thank these performers for doing what they do for us. As young humanists, we also serve people in genuine need. With donations from professional wrestling fans and other outlets, we intend to serve homeless and low-income men, women, children, and veterans, with useful merchandise such as clothing, toys, or other useful materials. We hope that by that providing these new, clean, and unique items, we will instill a sense of confidence in these needy people: not only assuring them that there are people who care, but perhaps influence them to better their lives. We will run events, fundraisers, midnight runs, and random drop-offs to achieve our mission. For professional wrestlers, we hope that they will benefit off of the items that we will purchase from them, but we also will assist them with medical bills, insurance costs, or costs to help them make it by in a groundbreaking financial assistance program for these wrestlers. This foundation believes that athletes who work in such a high-risk occupation should not be struggling, financially, in any kind of manner. Additionally, we wish to provide young people with good and honest jobs, to aid them in their futures and to help us carry out our goal. We pride ourselves on being a 100% fan-run organization, run by young, brilliant, and philanthropic individuals, and we will work tirelessly and with the fighting spirit of our beloved pro wrestlers to make a significant difference to the world we live in.

If you need to know more direct yourself here:

and for the official fundraising page for those not attending NPWD or who want to donate before or after I direct you here: https://www.generosity.com/sports-fundraising/national-pro-wrestling-day-2017

This years batch of talent for the Young Lions Cup are particularly exciting to me… much more so then last year’s event. In no particular order here they are and some personal thoughts from me. 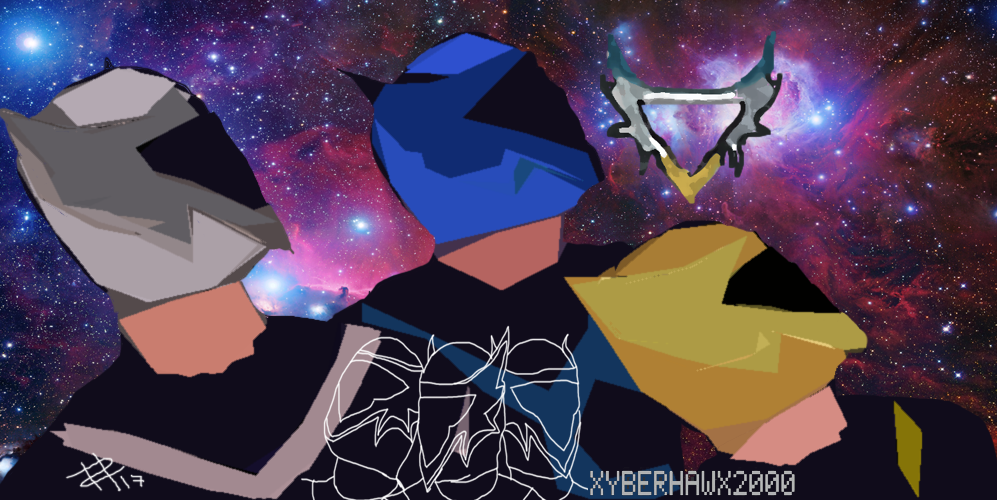 erhawk & Razerhawk: These two are brand new Chikara talent making their in-ring debuts at NPWD but they quickly have come favorite of mine. They are two of a trip with Nytehawk and together collectively known as Cyberhawx 2000. They are a combined parody of Silver Hawks, M.A.S.K., Power Rangers and professional wrestling’s Tekno Team 2000. They seem to be stuck in the late 90’s/early aughts with their tweets, blogs and even style of promo and I love all of it. I even did fan art really early on.

Emperador Azteca: Chikara has him being as representing AULL, but I have to still assume this the Emperador who hails mostly out of IWRG and last year was in a match with Chikara’s long time stars Ophidian & Silver Ant. In that match which is online he does a crazy dive. I’m personally more impressed with the monkey and feel it’s a missed opportunity to have monkeys fighting, but hoping this young man impresses.

Space Monkey: Speaking of Monkeys. This “Canadian” Astronaut who has been to the stars and back is a seriously awesome worker. His gimmick is wonderful and he’s super fun on promos with all his eeps. I’ve had the pleasure and luck of seeing Space Monkey perform in a couple matches the rare occasion I’ve chosen to go to a show in NYC. 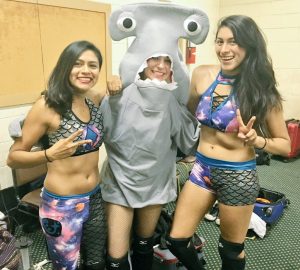 Ashley Vox & Delmi Exo: These two sisters have come a long way. One of them is basically a mermaid, the other a space princess, or something like that. It’s cool, trust me, together they’re Team Seastars. Constantly improving their ring style, adding some serious fun to their promos. They’ve been part of CHIKARA for awhile and we both in last year’s Young Lions Cup. They’re still early in their career to be part of this. Also if they bring their manager Jawsolyn this time I’m sure fans will go crazy.

Travis Huckabee: The young referee of CHIKARA who made many mistakes and was known as No Last name Necessary, finally has that last name. He’s graduated from wrestling training and ready to hit the ring running. Travis is a good kid and someone to definitely look out for in this contest. He has lots of support from the fans, fellow wrestlers and also needs to watch his back for a few enemies out for him as well. I see a bright little future for the young fighter, but only time will tell if his dream will not become a nightmare.

Cornelius Crummels & Sonny Defarge: These two rapscallions whose gimmick was inspired by the works of Charles Dickens. Taken their names directly from the works of the writer (Nicholas Nickelby & A Tale of Two Cities) and furthermore being scrupulously unscrupulous businessmen who tend to always be unwashed and slightly sickly. They’re also two of the most talented Wrestle Factory who I think we’ve only seen the tip of skillset yet. They’ve been working for the last year or so, but seeing them in this environment as singles should be interesting.

Everett Connors: I don’t know much about this young and upcoming St. Louis mainstay, but he’s been proving himself in the midwest. He has a relationship with CHIKARA favorites and some could say St. Louis’ favorite son The Submission Squad. This alone could definitely work in his favor.

Cajun Crawdaddy & The Hermit Crab: The Crustaceans have been super fun, super strange, and super dangerous since popping up. Crabs pincers scare me, they scare everyone. I mean he’s a crab. Crawdaddy isn’t so not scary himself, he’s too salty. Hermit Crab like Sea Stars has experience in singles and the YLC, while this I think will be the first Crawdaddy gets to work by himself since returning from a long injury.

Travis “Flip” Gordon: One of the most gifted athletes in this tournament and despite his short experience one of the better known next to Space Monkey. In a career spanning less then 2 years his skills and body mastery has landed him matches at CZW, Limitless, Maryland Championship, Beyond and even EVOLVE. It’s a big deal to get him to CHIKARA and just as big a deal for him to come to CHIKARA. He’ll be one to watch… mostly cause he’s so fast you just don’t want to miss it.

Steven Mainz: This young Canadian comes out training from the International Wrestling Syndicate Dojo. He’s gone toe to toe with a few bruisers including TDT, a team who came through CHIKARA in 2016 and had two of Match of the Year contenders. He’s also worked in NCW, stomping grounds to CHIKARA alumni 3.0… so the kid comes to the tournament with a pedigree.

There is currently at the writing of this two unnamed slots in the YLC. One had previously been announced but circumstances have changed beyond the control of CHIKARA. This unforeseen circumstance allows for mystery and possibly great excitement as it can be anyone. Other outside talent, other wrestle factory graduates seeking their opportunity.

The show on top of the tournament features two one on one contests.  Dasher Hatfield, a character with lots of history who currently is an old time baseball player but may be debuting a new gimmick per his twitter will be facing the man known as Juan Francisco de Coronando, an Ecuadoran aristocrat who takes 5 minutes just to get to the ring.   In a first time ever encounter, a former fake ant who is also a former military grunt and now brute force competitor Missile Assault Man will meet with Race Jaxon, the high flying half of the tag team know as N_R_G.  In recent times Race has shown a more arrogant, aggressive side so this could be boilburner.

On top of those is a tag team bout featuring The Closers, a team large, strong, imposing men.  One who this writer has had the pleasure of training with during his short time of trying a career in professional wrestling taking on CHIKARA’s own cop Warren Barksdale (who competed in last year’s YLC) and his debuting tag team partner Meloni, collectively known as The Force.  There is also a trios match of major proprtions for long time CHIKARA fans as the group known as The Colony (a group of ants) take on the now named Legion of Rot, a pairing of Hallowicked (a pumpkinheaded monster), Frightmare (a living ball of energy) and Kobald (a goblin) who were last together by hypnosis, but now by choice.  What is their mission now without a leader?

Finally, as current importance on a huge card such as this Ultra Mantis Black, the center of many seasons of CHIKARA shall address the crowd to reveal his next step.  Mantis on top of being a wrestler is also an activist and lead in a hardcore band.  His speeches are events unto themselves.

You don’t want to miss it.

This entry was posted in Events, Wrestling. Bookmark the permalink.