2016 is near its end or it’s over based on when you read this. It was a rough year in many respects, but it gave us a ton of excellent pop-culture. 2017 as of now promises to do the same. There’s SO much to look forward to. To list it ALL would take forever so I thought I’d just focus on a few things here and there.

In terms of Network television I can highly recommend the 12th and final season of BONES on FOX premiering Jan 3rd. I’ve seen the first three episodes and they are very hard to comment on without spoilers, but plot twists, reveals, robots and one of the greatest actors of any generation Hal Holbrook are involved.

The reimaginging of the L. Frank Baum saga by Matthew Arnold finally happens with David Schulner (creator of Do No Harm) and so far poorly reviewed but keeps getting work Tarsem Singh at the helm. If anything NBC’s Emerald City looks like it’ll be definite event TV or fail drastically and get cancelled before all 10 episodes even air. One or the other should be fascinating to watch.

In terms of films I’d have to say LEGO BATMAN MOVIE is high on my anticipated list. Sure it’s not by the actual writer/directors of Lego Movie (they’re busy making Lego Movie 2) but it has a good pedigree and every teaser and trailer has me excited.

I’m also intrigued by Christopher Nolan’s Dunkirk. For his first follow-up to Instellar to be a WWII flick is fascinating. It’s also his first SOLO project since Inception as brother Jonathan was busy creating and developing the excellent Westworld. Equally fascinating is the amount of work put into this film. It’s not a remake of the late 60’s film, so it’ll truly interesting to see what stories Nolan chose to build upon to coney emotion, gravitas, and character even when the lead character is still the operation and Dunkirk itself (the film was actually filmed there).

Also pulled in by the adaptation of Dave Egger’s The Circle with Emma Watson and Tom Hanks. James Pontsold makes visually enticing, perfectly paced films and chose the easiest and simplest yet not simple Eggers novels to turn into a film.

There’s a ton of amazing video games coming 2017 too but this site is still without an XBoxOne or PS4 so the focus is on PC games but those that will not require a $5000 rig to run.

First up on the excitement board is Full Throttle Remastered the next rebuild of the classic Lucasart’s games designed by Tim Schaeffer which Double Fine was able to get the IP rights back for. I’m really curious to see how they update some of the worse parts of the game like the combat and the maze puzzles. I’m not completely sold on the art actually but I’ve been happy with DF so far, so I’m in.

Telltale Games’ The Walking Dead Season 3: A New Frontier (First Chapter out, but the rest hits 2017) is awesome. I already reviewed it and I’m excited for the rest. 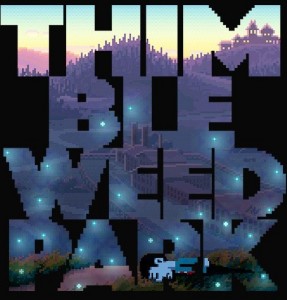 and most especially, Ron Gilbert, Gary Winnick, David Fox and teams’ THIMBLEWEED PARK, the pixel point & click dream of a game I think many thought Broken Age would be. I loved Broken Age, always will, but Thimbleweed Park is looking bigger and better then I ever imagined it could be. I didn’t get to back when I wanted to, but I wouldn’t been able to back what I wanted anyways. This is probably number one on my experiences for 2017 I look forward to.

There’s a share of BOOKS coming out as well. 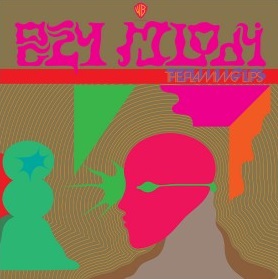 Michael Crichton’s never before published posthumous novel DRAGON TEETH comes out May 23rd. It’s a Western during western times but about dinosaurs!

Neil Gaiman ventures into both old and new territory retelling the tales of Odin, Thor, Loki and more in NORSE MYTHOLOGY scheduled for February 17.

George Saunders first ever complete novel, LINCOLN IN THE BARDO comes out February 14In music I’m mainly excited for one album.

The new The Flaming Lips titled Oczy Mlody. AFAIK I believe I’m seeing them live in March as well so that makes 2017 awesome.