Jervis Cottonbelly and The Hobo as Muppets

Jervis Cottonbelly and The Hobo are currently one of the top tag teams appearing on CHAMPIONSHIP WRESTLING FROM HOLLYWOOD.  Collectively they are known as Friendship Express.  Both men have traveled as singles around the U.S. making a mark for the last 3-4 years in very colorful characters.  It is impossible to miss that the Hobo’s voice makes him a dead ringer for Rowlf the Dog (played famously by Jim Henson).  On that concept I saw for a long time trying to decide if Jervis was Fozzie, Kermit, or maybe even Gonzo.  It was the Rowlf and Fozzie performances that helped me cement the choice though.  It took me a long time to finally buckle down and take the concept from idea to drawing, but I did and Jervis and especially Hobo truly loved it and now I share it here on PCS. 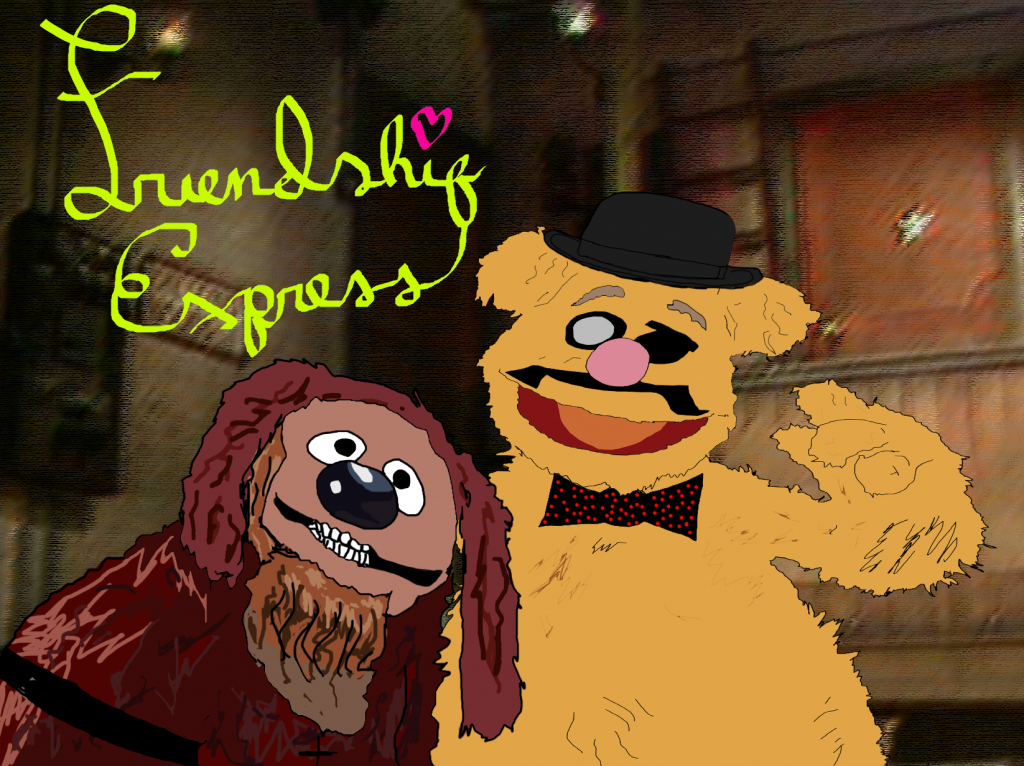 This entry was posted in Brayfabe, Wrestling and tagged fanart, jervis cottonbelly, the hobo, wrestling. Bookmark the permalink.