“Most Belated Review of Whipple EVER”

Doing something extra ordinary which one gets acknowledged for does not always happen. Getting acknowledged for feats that belong in a world record book? That happens even less frequently, but it does. Yet, it’s not often that a family garners multiple awards in the Guiness Book of World Records, the only type of record book of its like that I am aware exists. Yet in the Matthew Ward’s hilarious, fun, mysterious, dramatic and adventure romp The Fantastic Family Whipple such a family exists. A large family which has won awards for what may seem like the most mundane of things, such as (as these are ones I’m making up but I’m sure someone in the Whipples won at some point) balancing the most amount of toothsticks on your pinky for the most amount of time or the most amount of chimichongas engorged in the fastest time.

Now imagine if you were a member of this family, a family which has many many brothers and sisters, in age ranges from teenagers to still in diapers. Imagine you are the middle child in such a family and you have never won any award, got no acknowledgment… you are basically the failure of the family. That’s exactly the situation Arthur Whipple finds himself in this “fantastic” Middle grade book written with enough adult humor and easy situations to truly be considered all ages and easily appreciated by a variety of readers. Quickly the book becomes an amalgam of mystery and suspense as the drama and comedy unfolds. We meet many interesting characters AND animals as well as clowns of all shapes and sizes and demeanor along the way.

As a debut novel, Matthew Ward has proven to be a great new voice in the field, and has also been a really enjoyable twitter feed as well as the fact that he’s really funny as a performer as evidenced by his attempts of breaking World Records himself.

THE FANTASTIC FAMILY WHIPPLE came out in August 2013 from Razorbill, an imprint of Penguin, so it’s available NOW at book stores everywhere. Go get it.

And to finish my article here’s my snap of Matt at Book Expo 2013: 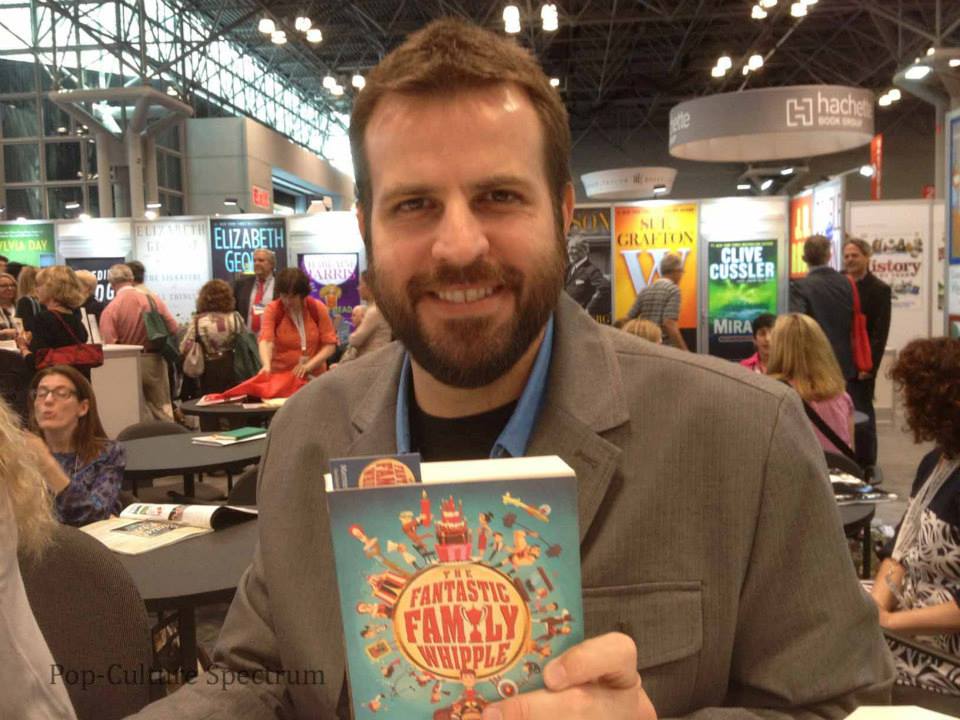