When things end, especially serials we hope that even if they end with room for more, they offer a satisfying ending. One we can contemplate and understand what has come and what may come. With so many series recently ending in ways that have left me scratching my head I am glad that COGNITION: An Erica Reed Mystery has concluded with an open ending that brings a MORE than satisfying conclusion to its whole and that its final chapter answers any and all questions developed through the first three chapters. 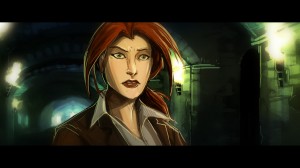 I had previously written about those first three chapters here on The Spectrum and stated how excited I was for the final chapter. It delivered and in spades, but not completely as expected and with surprising moments and changes that actually make a second playthrough not just good for the acting, music and story but that decisions you make will actually create a different ending.

This new factor the game was fascinating and it’s played through a great mechanism. Through dialogue trees, how you respond to certain questions and sequences will change how a character feels about you. There is no wrong or right answer in these cases, they will just decide which direction the ending will bring you. They are not a solution to a puzzle but an extension of nuanced game playing and upping the ante of play styles that have built through the first three chapters. 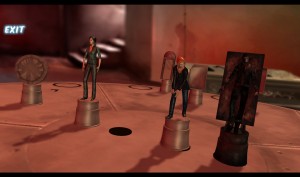 The puzzles this time actually do take a part of the pattern that I really didn’t like in the end of chapter 2, but this time around they weren’t as complicated and felt like they fit right into the fact that we are the final complex chapter of this dense mystery with characters who can see the past, the future, read minds, shoot guns and solve complex puzzles without any powers even.

Amazingly one of the most interesting and exciting parts of this final chapter is the tutorial section that delves deeper into some history that reveals the motivations behind the lead characters relationship with an important side character. It really sets up the game well too, guiding you to remembering how the supernatural powers combined with actual detective work really go hand in hand and make Erica Reed a special character.

I must also applaud the acting in this particular chapter. It seemed to be a bit of a step up even though it was the same actors as previous chapters, by the end it really felt like Raleigh Holmes had found a voice for Erica that really is its own. It made me feel sad that this might be the last we see of the character for awhile actually.

Here’s to hoping Phoenix Online Studios decides to work on a followup to Erica’s new mission, there’s plenty of story to be told and so many more intriguing ways to delve into the powers that were actually only touched upon in this final chapter.