It’s been a crazy time here in the home of Pop-Culture Spectrum.  My life just sucked up by things like THE LAST OF US, but also by just Life in general.  I’ve had a lot of personal things to deal with and trying to secure things in my full-time career as a professional actor.  The whole time the stacks of books sat there from BEA unattended.  Although I have been reading The Fantastic Family Whipple by Matthew Ward.  When I could I saw down with these long lists gathering research and trying to concisely or in some cases not so concisely sum of the books.  I have just finally gotten through all the adult books and here they are in alphabetical of the first author listed on the covers along with photos of authors taken at Book Expo America 2013 where apropos.

A Blind Goddess by James R. Benn: The latest in the Billy Boyle series, a series of world war II mysteries starring a Army Detective who as once a cop. In the latest two cases come to him at the same time, one involving a possible serial killer and the other a definitely innocent man.

Outlaw by Ted Dekker: The scifi/mystery/fantasy writer tackles a bit of period adventure with a tale in 60’s and 80’s filled with survival. Ted’s Christian faith comes into play as usual, but one ignores that if not part of the proclivity to enjoy. It is a little hard to do so, but I try.

The Heist by Janet Evanovich and Lee Goldberg: The bestselling mystery writers team up to create a new series of teams up as FBI agent teams with Criminal. Has it been done before sure, but not by these two writers, including one who helped create MONK.

The Hired Man by Aminatta Forna: Unable to describe this one myself I borrow from the Amazon description. A taut, powerful novel of a small town and its dark wartime secrets, unwittingly brought into the light by a family of outsiders.

W is for Wasted by Sue Grafton: The 22nd Kinsey Millhone mystery arrives in September embroiled in pharmaceuticals and conspiracy. I grabbed this for my mother knowing she’d love it as she’s loved previous Grafton.

Death of a Nightingale by Lene Kaaberbøl and Agnette Friis: A part of the Nina Borg series of noir mysteries from the Dutch duo. In this the nurse looks into a case of a woman and young mother from the Ukraine who is a suspect in two murders. The investigation leads into a history all the way back to 30’s Ukraine.

Burial Rites by Hannah Kent: Based on the actual facts behind the execution of Agnes Magnúsdóttir, the last woman executed in Iceland in the 1800s. This is the debut novel for the Australian writer where the book is already a best seller.

Death in Breslaw by Marek Krajewski: 1950’s Noir crime located in Poland, written by a Polish author. Availble now in the US from Mellville House.

The Facades by Eric Lundgren: One of the Buzz Books of the show, I’m not sure how to describe it. Its a novel with weirdness, mystery, love and interestingness. This is Eric’s debut novel and I hope we’ll be hearing more from him in the future.

A Couple of Blaguards by Malachy & Frank McCourt (plus DVD of performance from 90s): This new edition of the two man play that can be performed by any two men was before and yet is also an extension of Frank’s work in Angela’s Ashes and ‘Tis and Malachy’s A Monk Swimming. Along with the not professionally filmed or distributed DVD (truly this is in front of a small audience, filmed with a low end camera, and yet saved from video tape to computer for years and then hand burned by someone recently to give to fans at BEA possibly even Malachy himself) it’s a great addition to ny library and the play would be great to add to yours too. The edition has a new 2013 introduction from Malachy McCourt making it more a book than a play publication like the Samuel French edition. 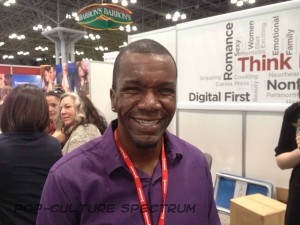 The Returned by Jason Mott: Harlequins big branch out from publishing romance to carry a story involving mystery and the supernatural as people long thought dead return to Earth, not as Zombies, but in the same bodies they died in at the same age. So people who had a kid 50 years ago or so are now suddenly parents again or an old man now finds himself with a young hot girlfriend. The rights to this were sold really early and an event series will be airing on ABC this FALL called Resurrection starring Omar Epps. Much of this book and the series seems to be an American adaption of a Japanese flick from the 90’s, but no one cares about that really.

Doomed by Chuck Palahniuk: The Not Long Awaited Sequel to his last original novel DAMNED continues the adventures of Madison as she leaves Hell and now finds herself in Limbo. She is now writing letters to her fans or supposed fans through a blog connected to her twitter in some weird magic heaven space. It’s not supposed to make sense. It’s just supposed to be more crazy allegory, proof that Chuck can do myth and faith research and put it down on the page in a readable form.

Choke Point by Ridley Pearson: The second in The Risk Agent series. This time Knox and Chu travel to Amsterdam to take down a sweatshop using young women as labor. 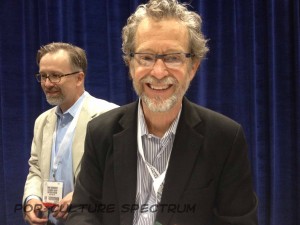 White Fire by Douglas Preston & Lincoln Child: The latest of the Agent Pendergast tales, this time involving Sir Arthur Conan Doyle AND his creation Sherlock Holmes with murder and cannibalism in the Appalachians.

[LIMIT] by Frank Schätzing: At over 1200 pages, this immense Sci-Fi book from the German author first published in 2009 is also a hard boiled mystery novel, using Sci-Fi the way it was intended, as a backdrop to explore social and political issues, in this case real estate, hotel management, construction deals and more. The book opens with a quote from David Bowie which always a good selling point.

The Good Sister by Wendy Corsi Staub: The description for this horror/thriller sounds like a killer (pun intended). The latest takes place in Catholic girl’s school where it all seems simple, bullying, online chatting dangers…. murder.

The Blue Blazes by Chuck Wendig: Mookie Pearl is a supernatural criminal hitman and his life gets flipped upside down when his daughter decides to not just defy him, but go against him. This book has one of the best cover images I’ve seen in awhile as well from Joey Hi-Fi.