ARRR!: A look at Scurvy Scallywags

Trying to explain what it is that I like about SCURVY SCALLYWAGS is not as easy as actually explaining the game itself. On the surface it’s a really complicated match 3 game with RPG elements and item collecting and what may actually be an end game even. It’s so much more then this though thanks to the genius and humor of Ron Gilbert, the king of Pirate humor one might say.

One of the main things I should warn you about is it is HIGHLY addictive. Not addictive enough for me to spend extra money on it, but some of you might find yourself dropping moolah like you were buying primo something that makes you euphoric and can’t quit. This is actually one of the few flaws I find in the game actually. Just as you’re getting really good, the difficulty ups a notch to impossible where you’ll die and have to either restart from island one (although with all your skills and costumes unlocked, but none of your money) or spend real life money to stay alive with your current pirate.

The game is designed as if it’s a stage play about some kind of pirates versus pirates where you traverse the seven seas from island to island chasing down a pirate captain past monsters, spiders, lizard kings and golems to collect shantys. Missions/Quests come to you from the show’s producer. Critics lose notebooks, set designers need alcohol to appease them, actors lose props.

One of the more fun parts of the game is the ability to swap out costumes and faces to create your own special pirate. Certain costume parts also add more power to your avatar, so trying to build the strongest pirate might end uo making some funny looking ones. Such as: 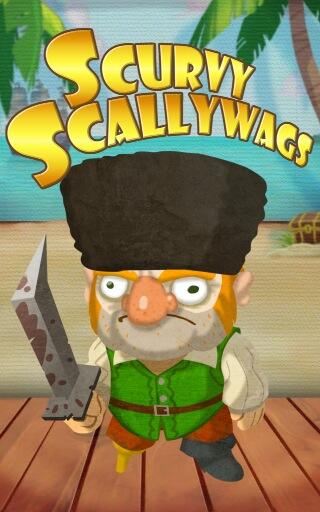 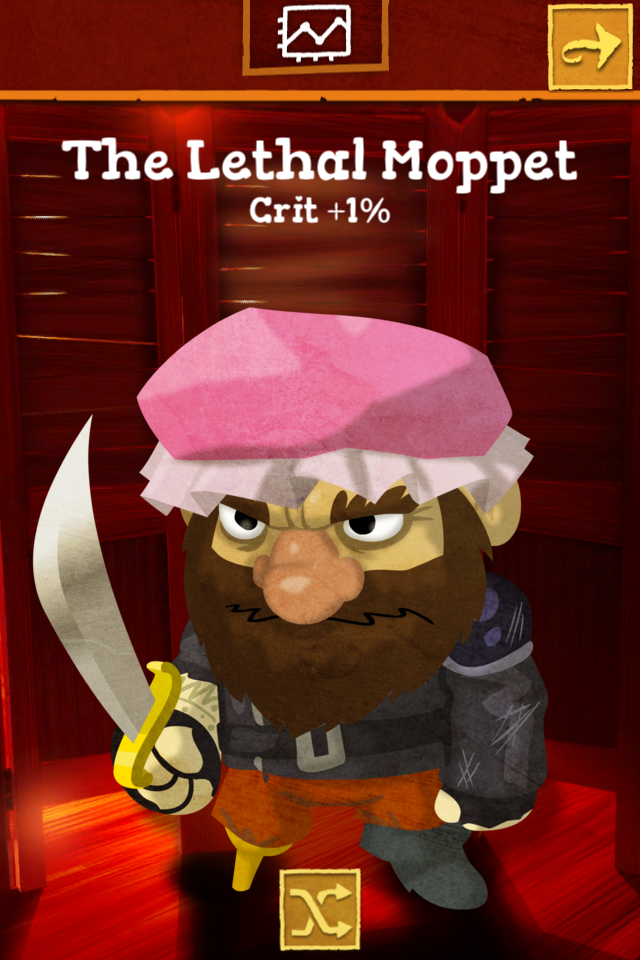 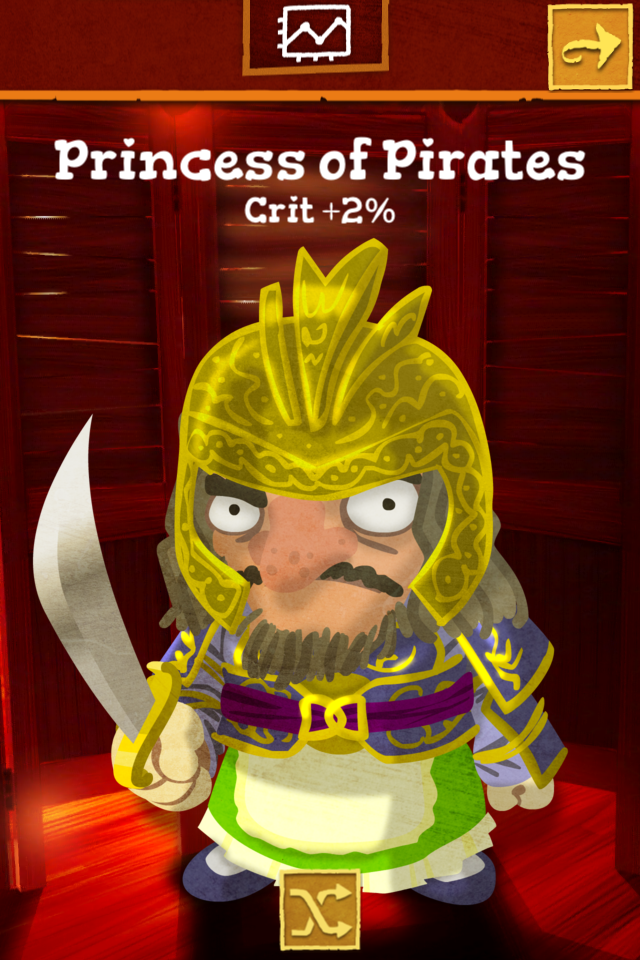 If just looking at those fellas doesn’t make you want to play the game though I don’t know what to tell you. Maybe the promise of some hilarious writing? How about that addictive gameplay? The fact that as addictive as it is you can put it down, making an ALMOST perfect mobile game (that getting to level 14, then dying and the only way to save myself is to spend REAL money or go back to Level 1 really does suck)?

SCURVY SCALLYWAGS from Beep Games is available NOW on the iPhone store for $0.99.

1 Response to ARRR!: A look at Scurvy Scallywags