Here we go again on a trip into the craziness of New York Comic Con with the second part of Saturday panels.  A little less overlap here, but once again as stated before these articles are discounting autographing sessions, booth events and the such.  Enjoy!

Carrie and the Evil Dead
3:45 pm – 4:45 pm
IGN Theater
This is 3:45 Ign Theater event, which means line up at 3 PM event doesn’t make things any easier. While I am not truly sold on remakes of either of these films, the Carrie one has a LOT going for it. Sure the Chloe Moretz and Julianne Moore casting is exciting, but the fact that this isn’t a remake, but a revisionism of the original story from Brilliant playwright/comics writer/GLEE guy Roberto Aguirre-Sacasa and writer/director Kymberly Pierce (adds some real oomph that that makes me excited for it. A bit more than Evil Dead which while spearheaded and produced by Raimi, Tapert and Campbell has unproven director and supposedly a treatment on it from Diablo Cody who proved with Jennifer’s Body that has no handle on horror writing. Still these are also the official unveiling for both these films. The first time any footage will be seen so, a great coup for New York Comic Con in pushing it’s hand at being as big as SDCC.

Garth Ennis: Top Secret New Project Revealed!
4:00 pm – 5:00 pm
1A06
Garth actually has books scheduled past the end of The Boys, including Stitched from Avatar, The Shadow from Dynamite and Fury from Marvel. This must be some completely new major announcement of what he plans to try and tackle with The Boys done. There’s very little left from him to accomplish as a writer in comics, unless maybe he’s going to tackle kid’s comics! Oh wait, NO!, He did ERF! too…what is left for Garth?!

Kickstarter and Indie Comics!
4:00 pm – 5:00 pm
1A08
The panel description only mentions Benign Kingdom as the discussion partners for this talk, but I really hope they tackle things such as Fairy Quest, Womanthology, Sullivan’s Sluggers, Molly Danger and other successful Kickstarter comics projects that may’ve not happened as well as they are without the website. There’s a lot to tackle there, but I hope they do it all.

Marvel Television Presents
4:15 pm – 5:15 pm
1E13
This is where Jeph Loeb tries his damnedest to sell the new Avengers toon to us and why it’ll be bigger and better than the last one that was completely perfect and deserved a third season. They also premiere the new Hulk cartoon and maybe another cartoon too. Maybe this will be where they discuss S.H.I.E.L.D a bit more. I still wish Avengers: Earth’s Mightiest was on the air. Spectacular Spider-Man as well. I like Ultimate Spider-Man even, but they tied it into Avengers: Earth’s Migtiest… so I lost and confused. Marvel man.

ADULT SWIM: Childrens Hospital/NTSF:SD:SUV::
4:30 pm – 5:15 pm
1A10
These two Adult Swim live action shows are obscenely different, but both accomplish the same thing, combining really funny comic actors with very famous dramatic actors to perfectly parody some of the tropes of television. Children’s Hospital tackles all those medical dramas, while NTSFohfuckit tackles all the crime procedurals. NTSF has the special exception of having folks like Kate Mulgrew and Rebecca Roijn in them, both folks you wouldn’t be shocked to see cast in a real crime drama show. Although Children’s Hospital does have Ken Marino who while a member of The State is also a very warranted dramatic actor and Malin Ackerman. What am I rambling on about? I’m just saying I like these shows and I’d be curious to see with their further success what a panel would bring.

AMC’s “The Walking Dead” Panel Event
5:00 pm – 6:00 pm
IGN Theater
This will be a MAD house. Going into season 3 now which is just the night after this people are going to line up for this even more than um… whatever the thing I said people would line up for before. Ignore what I said… this is where the line will be like a parade of walking dead in Atlanta. The new showrunner Glen Mazzara, Kirkman, Gale Anne Hurd, and most of the cast including Andrew Lincoln, Norman Reedus, Chandler Riggs, Danai Gurira, David Morrissey and Michael Rooker are going to be there and fans are so rabid that they’ll even be excited that they’ll see footage from the episode airing the night after!

Comics Quickfire!
5:15 pm – 6:15 pm
Variant Stage
At last years Brooklyn Book Festival I covered a Comics Quickfire that featured Laura Lee Gulledge, Dave Roman and Raina Tegelemeier. They did one at the Book Fest this year too, but I missed it, but the one they’re doing at the con has Laura, with Dave as host and the following artists are joining in: Ryan Sias, Mark Siegel and John Green. These things can be really fun filled and create awesome drawings. 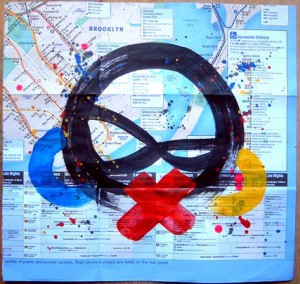 Hip-Hop and Comics: Cultures Combining
5:15 pm – 6:15 pm
1A06
There’s only two people on this panel who I feel have merged hip-hop and comics, those being Eric Orr, the highly valued graffiti artist Robothead who has bridged grafiti with being a fine artist as well as a comic strip creator and Adam Wallenta, the writer/artist behind the official Public Enemy comic and an MC himself. The panel does feature some awesome people on top of this though in the hip-hop legends DMC and Pete Rock. The only “things” missing are Percy Carey and MC Chris.

Developers from IO Interactive demo HITMAN
5:30 pm – 6:30 pm
1A10
I’ve seen tons of Hitman footage online, but seeing it on panel with developers discussing it with a Q&A is always a bonus. There are so few games for me to play ever, but things like Hitman, AC3, Epic Mickey, Last of Us, Remember Me… makes it easier.

Costume Contest
6:30 pm – 7:30 pm
Variant Stage
I always consider going to this… but at the same time, the entire show is a costume contest, just in here, they can win a prize and be on a runway. For cosplayers and cosplay lovers it’s perfect though.

Ladies of Womanthology
6:30 pm – 7:30 pm
1A07
Womanthology is an awesome project which features lots of amazing talent and was a very successful Kickstarter project, and equally successful when published by IDW, so much so it’s becoming an ongoing concept. There’s an assortment of ladies talking on this such as Jill Pantozzi, but notable for me is my internet friend Ashlee Lentini.

FIRST COMICS Relaunch and 30th Anniversary Party!
Saturday, October 13, 2012
6:30 pm – 7:30 pm
1A01
Last year First was in a hidden corner promoting some of the upcoming books and the resurgence of the company, including doing a new BADGER and new stuff from Fillbach Bros. The thing is that they aren’t doing regular distribution so unless you go to a comics shop that picks them up you arent getting these books. Hopefully they’ll have them available at the convention. I mostly want to see this new Badger book from Baron and Fillbach. I’ll totally buy that. I don’t want to hear about it anymore… I want to have it in my hands.

Capcom Presents: Remember Me
6:45 pm – 7:45 pm
1A21
After watching videos of Remember Me from the internet I am super excited for this panel. I want to know, see and hear as much as I can about it as possible. It combines everything I like in gaming and from what I can tell has none of what I don’t tend to enjoy.

You Can’t Do That On Television
7:45 pm – 8:45 pm
1A01
I want to go to this late night panel simply to hear/see Fred Seibert show off and talk about Superf*ckers and Bravest Warriors from Cartoon Hangover. The stuff on Mondo is awesome too… but I’m all about Cartoon Hangover.

There’s Saturday night parties as well and Sunday has tons of events. I’m hoping things come through and I’m taking my nieces with me on Sunday, meaning any plans I had for panels go up in the air, but I don’t know what’s up yet.