My preview of NYCC continues with a look at Saturday panels going from 10:30 in the morning till 4 in the afternoon.  There is a lot of overlap here.  I’ll be making compromises, you’ll be making compromises.  A lot of these compromises for me come from Press offerings and stuff happening on the show floor as well as autographing.  Focusing solely on panels in these previews already make the show look huge, imagine if I talked about the show floor and the autographs and the giveaways?  I will be doing that though, it’ll be getting its own post and then if you already have a ticket you might go “Oh my god, that’s too much craziness and stay home… or you’ll show up and have a nervous breakdown or you’ll have an amazing time.  Just do me a favor?  Shower.  That’s it.  Smell good.

Haven
10:30 am – 12:00 pm
IGN Theater
Going into its third season, Haven is one of those SyFy shows that allows SyFy to not be a channel full of bad direct to cable movies and a Friday night wrestling program considered of secondary importance by the company that runs it. It’s not the only show that is quality, SyFy also has Warehouse 13 and Lost Girl. Spekaing of Lost Girl though, guess what’s on a panel directly during the Haven panel? That’s right, LOST GIRL. Based on the Entertainment guests page, Emily Rose and Eric Balfour will be in attendance.

Lost Girl
10:45-11:25 am
1A10
Ksenia Solo, Zoie Palmer and Rick Howland are all scheduled to appear for the Lost Girl panel. The panel and promotions are in conjunction with Funamation who are releasing the U.S. edition of Season One to DVD which is probably why the show which was actually a SyFy pickup and not a SyFy original is in direct “competition” time with Haven. Haven is in the IGN theater so, probably way more crowded.

Marvel Video Games
11:15 am – 12:15 pm
1E13
At this point the only Marvel game I’m interested in is Deadpool. If they have that on the floor and I can see it Thursday night or Friday I might not make this panel. Although they could have some surprise announcement or giveaway. That’s a chance at ANY panel though, special give aways. This is going to fall into scheduling, what else is happening, etc. I do relaly care about Deadpool.

Once More With Feeling: 15 Years of Buffy the Vampire Slayer
11:15 am – 12:15 pm
1A21
Scott Allie is hosting this and it will probably MOSTLY discuss the Buffy comic, but I am guessing Nicholas Brendon and Amber Benson will come into tell some stories as well on the anniversary of it all. Maybe Seth Green might sneak up in there too. Those chances are pretty worth it to sit down on this and take the chance, or just to reminisce on Buffy. Whatever.

Violet and Daisy
12:00 pm – 1:00 pm
1A10
This film has been on the film festival circuit for so long I thought it’d never get an official release. Actually I think it’s only been shown at Toronto International Film Festival in terms of North America, while getting showings in China, and Germany at special Fanfests. Director/screenwriter will be at the panel as well, and this is Saorsie’s main film since 2011’s Hanna other than the Neil Jordan vampire flick and before her seriously huge film, in the adaptation of Stephanie Meyer’s The Host. Of the three films, Violet and Daisy is the most intriguing to me. 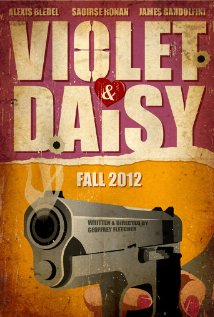 Batman: The Dark Knight Returns, Part 2!
12:15 pm – 1:15 pm
IGN Theater
I have yet to actually see the first part of the newest DC Animation adaptation, again from Bruce Timm of the Frank Miller “classic”. I put classic in quotations, because I’ve never been a big fan of the comic. An animated adaptation is cool and all and this panel itself is going to be fan service galore for hardcore Batman fans. I’m expecting the line down the block and by that I mean up the stairwells, and outside the actual Jacob Javits arena. Longer than lines for Robot Chicken and Venture Bros. combined. Longer than lines for um… Dark Knight Rises midnight showings. That long, long enough for the Joker to show up. The real Joker… Frank Miller. I know Kevin Conroy is going to be there. Is here for this? I don’t know… I bet he is.

Mad about MAD
12:15 pm – 1:15 pm
1A23
I always want to go to one of these MAD panels to see if the Regular Gang of Idiots are as funny, less funny or more funny in panel/person than in the pages of their magazine. This year the panel has John Ficarra, Sam Viviano, Al Jaffe, Peter Kuper and Drew Friedman. Jaffe and Friedman are big pulls right now.

Bill Paxton and John McLaughlin’s “Seven Holes For Air” Introduction
12:30 pm – 1:30 pm
1E13
Seven Holes for Air was being mentioned as a vehicle that Paxton would direct starring Mickey Rourke, but that fell through and Paxton took an acting role. While that happened he helped turn the script into a graphic novel with art by Mick Reinman. I’m guessing this the official unveiling of the comic book and then the start of building fan interest to finally make the movie happen. He co-wrote with John McLaughlin, and I think it’s the one who wrote the upcoming Hitchcock and also Parker. Unless it’s the host of the political TV show or the famous rock musician. No, I bet it’s the Parker guy. In an interview Paxton stated he’d be trying to sell the property to Legendary. I don’t know if that already happened and that’s why the panel is happening, because Legendary Comics is publishing the comic and then going into production or not, but speculation is fun.

The Bay
2:15 pm – 2:45 pm
IGN Theater
Yes, Barry Levinson has made some of the greatest films of all time. Diner, Rain Man, Wag the Dog, TOYS (I love TOYS), and I even had the pleasure of working with the man myself on the set of Sleepers. Still, this is a found footage film and was produced by Jason Blum, the man behind such films as Paranormal Actvity 1-3 and the recent found footage horror film Sinister. The trailer also did not instill a lot of faith in me. Yet I am optimistic about The Bay because it’s Barry Levinson…

JUDGE DREDD, 2000 AD, IDW
2:45 pm – 3:45 pm
1A07
This is one of those kind of panels where the description actually explains what is compelling and worthwhile of the whole deal:
With the Dredd 3D movie in cinemas from September 21, 2012, the new Dredd monthly comic launching from IDW in November 2012 and 2000 AD continuing to release new and classic
material, along with celebrating 35 years of publishing and celebrating many other high-flying series, such as the climax of the Nikolai Dante saga, this panel must not be missed – with top talent such as Duane Swierczynski (IDW’s Judge Dredd), Andy Diggle (The Losers, Lenny Zero), Simon Fraser (Nikolai Dante), Ian Edginton (Leviathan, The New Deadwardians) and Al Ewing (Jennifer Blood, Zaucer of Zilk)! 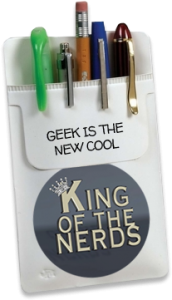 King of the Nerds on TBS: Sneak Peek and Panel
2:45 pm – 3:45 pm
1A23
Turns out I was too old to even try out for this show had I heard about it. There’s something about the concept of this show that makes me think it’ll be Beauty & The Geek without the Beauty and with a much cooler host than Mike Richards in the way cooler than their Revenge of the Nerds characters, Robert Carradine and Curtis Armstrong. I am actually curious about the program and what kind of panel they’ll put together here.

From FIGHT CLUB To HELL and BACK

3:00 pm – 3:45 pm
Unbound Stage
This event is set up for Chuck Palahniuk to discuss his novel DAMNED and I assume also Invisible Monsters Remixed. Mostly DAMNED though as Random House will be giving away 350 free copies. 200 in a ticketed autograph event and 150 at this panel. I gave DAMNED a very critical review, but I still enjoyed it and look forward to any opportunity to listen to Chuck talk so I might have to skip King of the Nerds for this… but then there’s the next panel!

Chris Columbus & Ned Vizzini Discuss HOUSE OF SECRETS
3:00 pm – 4:00 pm
1A21
As a writer Crhis Columbus gave us The Goonies, Gremlins and Young Sherlock Holmes. Ned Vizzini has written three excellently and weird novels which really capture a teenage voice. These two coming together to present a new teenage supernatural concept in a YA book is an awesome idea and one I wholeheartedly like and support. These 3 PM panels being up against each other is near torture for someone of my ilk. I’ve said in my intros about compromises, this is it in a true nutshell.

To be continued in Part II…