Play AS the Kaiju! 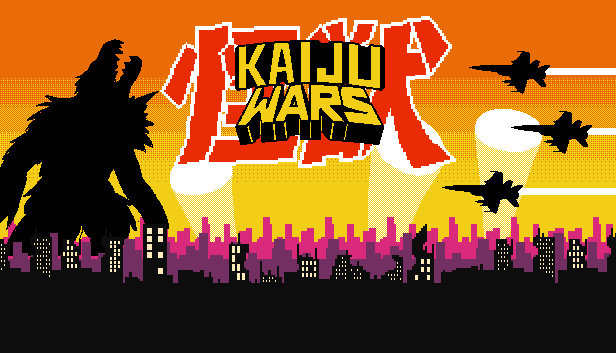 Play AS the Kaiju! New Versus Mode and Twitch Integration Added to Kaiju Wars Demo
To celebrate Godzilla day, Foolish Mortals have added Twitch integration and the ability to play as the monster to Kaiju Wars. These new features are playable now on Steam via the game’s lengthy demo!
November 3, 2021 – Can you hear the ground shaking? It’s… GODZILLA DAY (November 3rd)! To celebrate the most famous monster of monsters Foolish Mortals has added two brand new features to the Kaiju Wars demo, available now on Steam.

Play as the Kaiju in local versus!
Play as the Kaiju in a special local hot seat VERSUS multiplayer mode (or online via Steam RemotePlay) for certain missions. One player plays as the kaiju, using abilities, moving the kaiju, and playing dark project cards. The other player plays as the humans (as usual), trying to stop the kaiju. Who will win this titanic struggle? Hard to say, as this mode is still being balanced! Unlock additional versus missions by playing through the campaign.

Twitch Integration
Twitch viewers can now take part in the destruction as a selection of comments that appear directly in-game when certain events happen. For example, typing “!bad NOT MY CABBAGES!” will display “NOT MY CABBAGES!” in-game when a bad event happens, like a building being destroyed. Check the in-game options menu to enable Twitch integration.

Command the army!
EVACUATE!
Our chief scientist is working on an anti-monster serum, but it’s not ready yet! Be prepared to evacuate the laboratory using transport trucks, boats, or planes when the kaiju get too close.

Campaign Mode!
Create your own battles!
About Foolish Mortals:
Foolish Mortals is a small independent game studio based in a faraway land called Saskatoon, Saskatchewan, Canada. Their first project was Radio General, a successful strategy simulation where you interact with your units over the radio using speech recognition.
This entry was posted in Video Games. Bookmark the permalink.