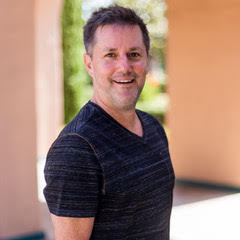 “Change is often hard, and I will miss this extended family I have worked with for more than 15 years,” said Ryall. “In the past year alone, we brought on some amazing hires, expanded the scope of many of the departments, and re-focused the foundation of the business to best support the integrated multi-media company that IDW has become. Our collective success with the entertainment team on ‘Locke & Key’ has been a crowning moment for the entire company.  I’m so proud of this special place and the incredible people who work here. I know that I leave IDW perfectly poised for continued success.”

In partnership with Ashley Wood and many of the talented creators he has worked with at IDW, Ryall is launching a new storytelling venture focused on the disparate worlds and characters that he brought to life at IDW Publishing.

Although he is stepping aside from his current roles at IDW, he will continue as an Executive Producer on the Netflix series, “Locke & Key,” and remain the sole editor on any Locke & Key publishing ventures going forward.

“After the wonderful experience this past year serving as an Executive Producer on ‘Locke & Key’ and working with the amazingly creative team that brought the show to life, I look forward to bringing exciting new stories into the world through many different storytelling forms,” Ryall added. “I’m thrilled to be back working alongside Ashley Wood, as well as other creators to come, in developing interesting projects for our World of Syzygy venture.”

During Ryall’s tenure as President and Publisher, IDW Publishing signed a multi-year publishing initiative with the Smithsonian Institution, launched a major program to produce Spanish-language graphic novels for the North American market, transitioned its foreign book distribution business to Penguin Random House and led IDW Publishing to 15 prestigious Eisner Award nominations in 2020, the most of any publisher.

Ryall was one of the rare executives who not only produced comic books in his various capacities with the company, but also authored assorted projects, such as Zombies vs Robots, with artist Ashley Wood, in development at Sony Pictures. Perhaps the biggest mark he left on IDW was that of Chief Creative Officer, partnering across divisions to ensure that creators and stories were well cared for as they transitioned to entertainment.

Howard Jonas, IDW’s Chairman, said, “Chris has been instrumental in IDW Publishing’s success, and we thank him for the passion and commitment he brought to the company. We wish him all the best in his new ventures. With Chris’s departure, IDW will be restructuring and expanding its operations, and we will name a new management team very soon.”