America during the time of pre-Civil War and Civil War itself was tumultuous, violent, full of bravery, regime, and the building of a nation that has evolved technologically and lawfully if not spiritually or mentally. The prejudices of the time are still rampant. The attitudes and personalities of the time a constant. The only thing that has changed is how society as a whole looks at these attitudes. From who are president is, to the type of entertainment audiences divulge and live off of.

It is quite fascinating to me that in 2012 two of the most lauded film makers of my generation and what I predict generations to come would approach a time period around the same time although very different, and yet extremely similar. 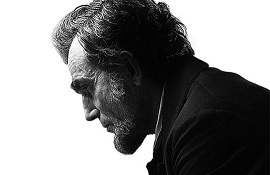 Over the winter I had the opportunity to see Steven Spielberg and Tony Kushner’s LINCOLN and Quentin Tarantino’s DJANGO UNLEASHED. Clocking in at a combined 5 hours and 30 minutes they are both truly epic films filled with violence, stellar casts, amazing dialogues and what seem like lost opportunities in which even such expansive running times were not enough to deliver all the story and awesome that exists, especially in Tarantino’s DJANGO. There’s so much awesomeness in DJANGO that a comic book adapted from the original script being published by DC Comics.

I saw LINCOLN at the prestigious ZIGFIELD theater with a friend. It was a joint early Academy and SAG screening and Mr. Spielberg presented the film beforehand. A playbill/book was handed out which basically gave out some historical background that didn’t actually make it into the final film. In my opinion Tommy Lee Jones truly steals the film. His performance while still very “him” has a panache and delivery of conviction. His character a true hero of the times, at least as depicted here. History is very unclear and a bit possibly misguided in their presentation of Thaddeus Stevens and film has never been kind to him, probably because of the fact that he was actually a man who truly believed in equality, a rarity in those times and sadly even up till the 70’s. The cast was used in spectacular fashion here, everyone truly got a moment to shine, even the very short appearance by the rarely seen but always enjoyable Lukas Haas. It was an all together wonderful experience as well as an educational one and at least for me showed that Spielberg might still have it, either that or we’ll be able to say “Well at least did a couple good movies” in the future.

I saw Django Unchained at the IFC Center and got lucky enough to meet someone cool on line. The IFC room they used had really weird seats that went way too far back, making it a bit uncomfortable for a three hour film, but I think any theater has that problem, there’s no real answer. This is what I said about the film on Facebook directly after viewing it.

Django is a 3 hour spaghetti Western with some awesome Tarantino dialogue, amazing cinematography and severe waste of some of the talent used. It is not as good as Inglourious Basterds, but it is a very strong movie and for a guy who always says that a movie would be better if it had more nudity, the film delivered there for all genders. 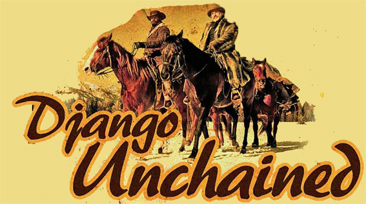 Retrospectively it may have actually been better than Basterds, although with Basterds I never felt like any character was shortchanged, but I still really feel that Zoe Bell was completely unused. I felt her role and her inclusion in the film could’ve led to something quite amazing. We never get the one thing Spaghetti Westerns or any Western really offer. Even the Western comics that Quentin loved. He never get a real one on one battle between the hero and that one tough enemy who we don’t know if he can beat. Not a single villain is a bad ass. They’re all pushovers. Mentally strong and that is shown, but I would’ve loved just one battle where Django had to really fight one on one, mano y mano with a ne’er do well that was more than him and Django had to use HIS wits to defeat. Saying that, the film really paints an intriguing picture of pre-Civil War South, the South that Lincoln would soon have to contend with, the degenerate,m backwards thinking, bigoted racist South. I have to think Django got drafted during emancipation and died in the war or went into hiding and died an old man with not much to speak for but his freedom, yet sometimes… Freedom is all anyone asks for.

Both these films state that, freedom, equality be it by the land of the law or the societal measures, freedom is a thing one should be grateful for, always.

This entry was posted in TV and Movies and tagged django unchained, lincoln, movie review, TV and Movies. Bookmark the permalink.