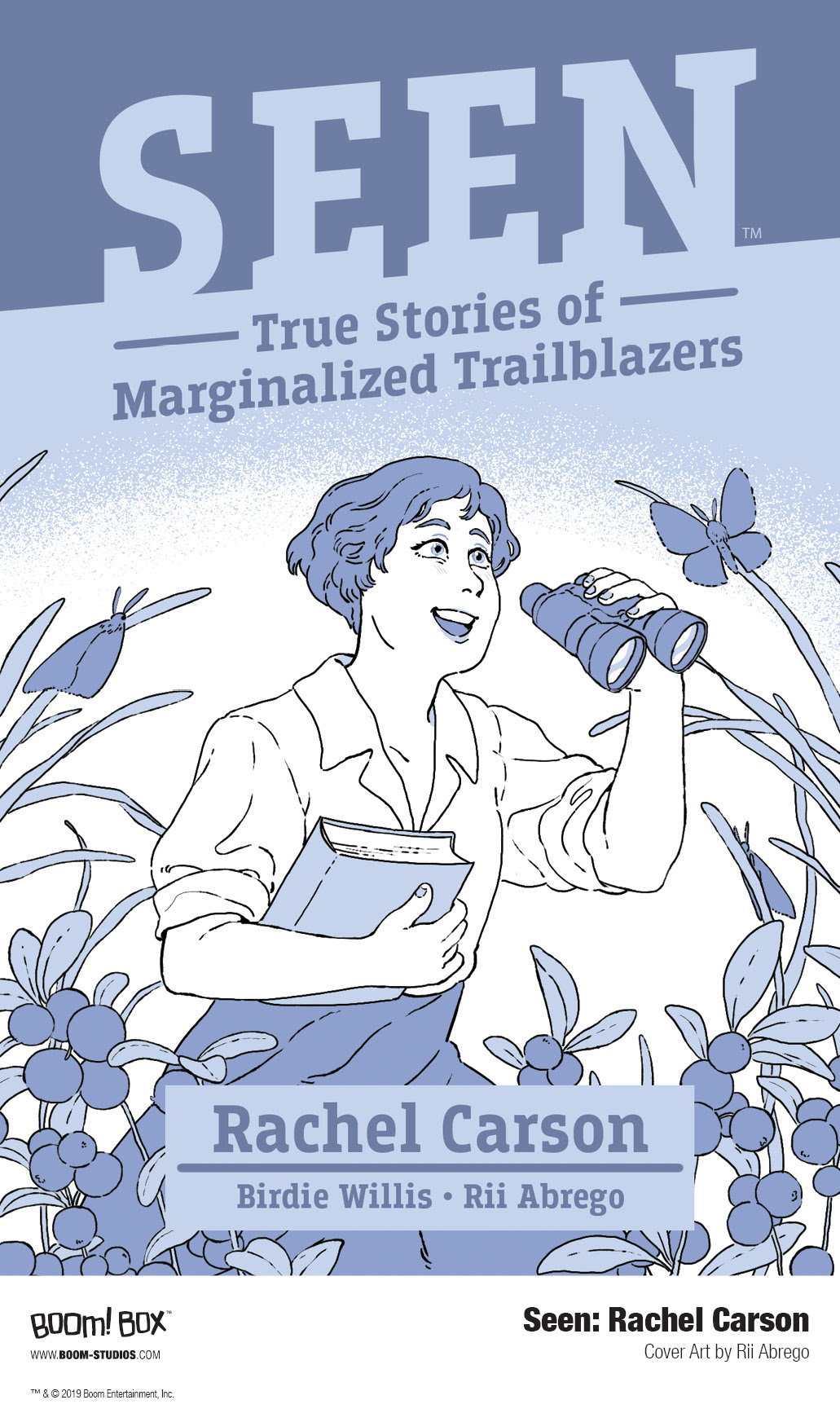 LOS ANGELES, CA (March 3, 2021) – BOOM! Studios revealed today a new look at SEEN: RACHEL CARSON, a brand new original graphic novel from writer Birdie Willis (Over the Garden Wall) and artist Rii Abrego (Steven Universe) in the SEEN: TRUE STORIES OF MARGINALIZED TRAILBLAZERS series. The series illuminates the triumphs and struggles of important historical figures who aren’t found in traditional textbooks, but deserve to be remembered for their contributions to humanity and their inarguable strength and courage in the face of impossible odds. They’re the heroes— the inventors, the artists, the activists, and more—whose stories you won’t want to miss.

In SEEN: RACHEL CARSON, meet author and activist Rachel Carson, the woman who changed the way America fought against environmental crises through her bestselling books, ultimately spurring the creation of the U.S. Environmental Protection Agency.

Print copies of SEEN: RACHEL CARSON will be available for sale on March 24, 2021 at local comic book shops (use comicshoplocator.com to find the nearest one) and March 30, 2021 at bookstores, or at the BOOM! Studios webstore. Digital copies can be purchased from content providers, including comiXology, iBooks, Google Play, and Madefire. The SEEN series launched with SEEN: EDMONIA LEWIS from writer Jasmine Walls and artist Bex Glendining, available now.

For more on SEEN: TRUE STORIES OF MARGINALIZED TRAILBLAZERS and other projects from BOOM! Studio, stay tuned to www.boom-studios.com and follow @boomstudios on Twitter. 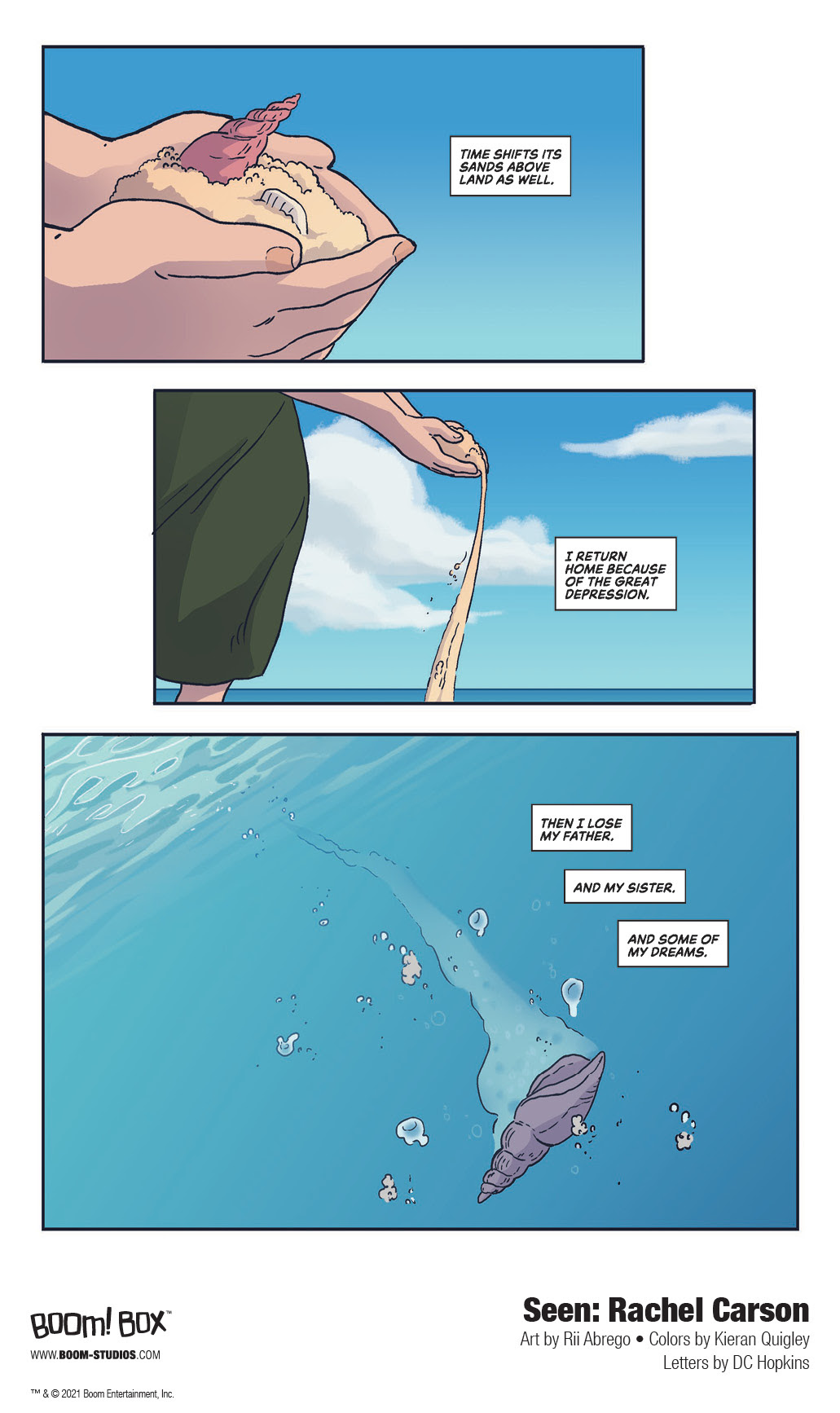 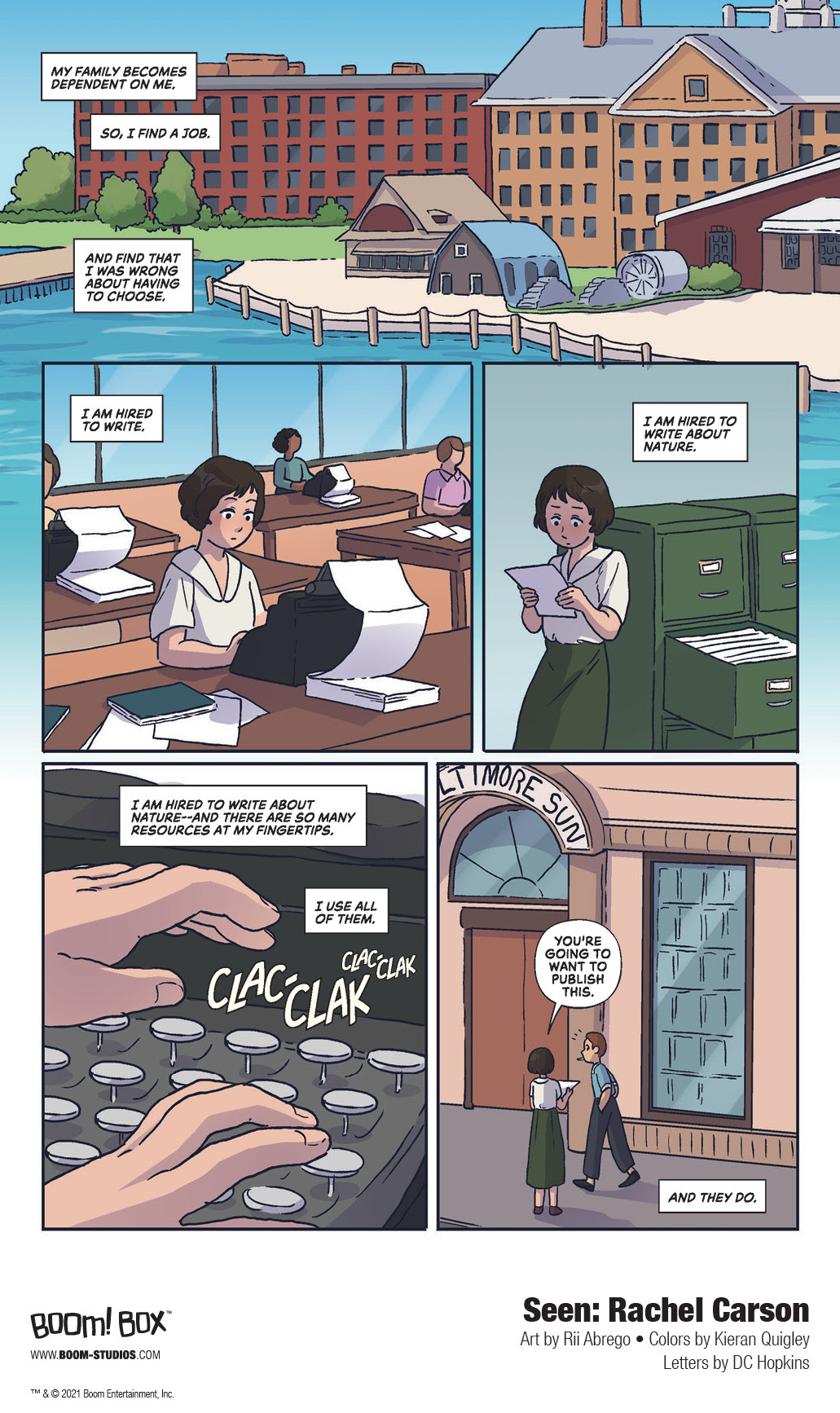 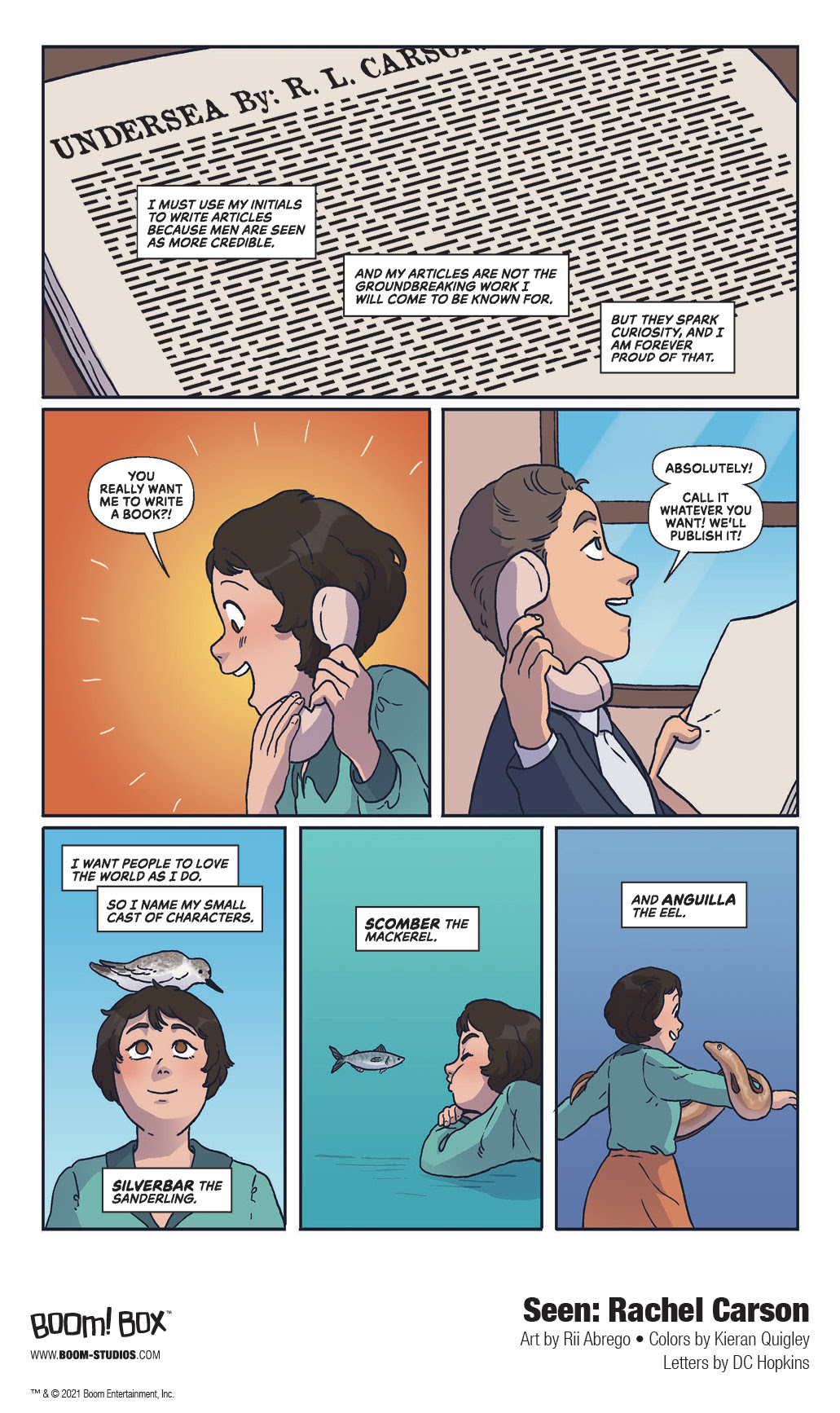 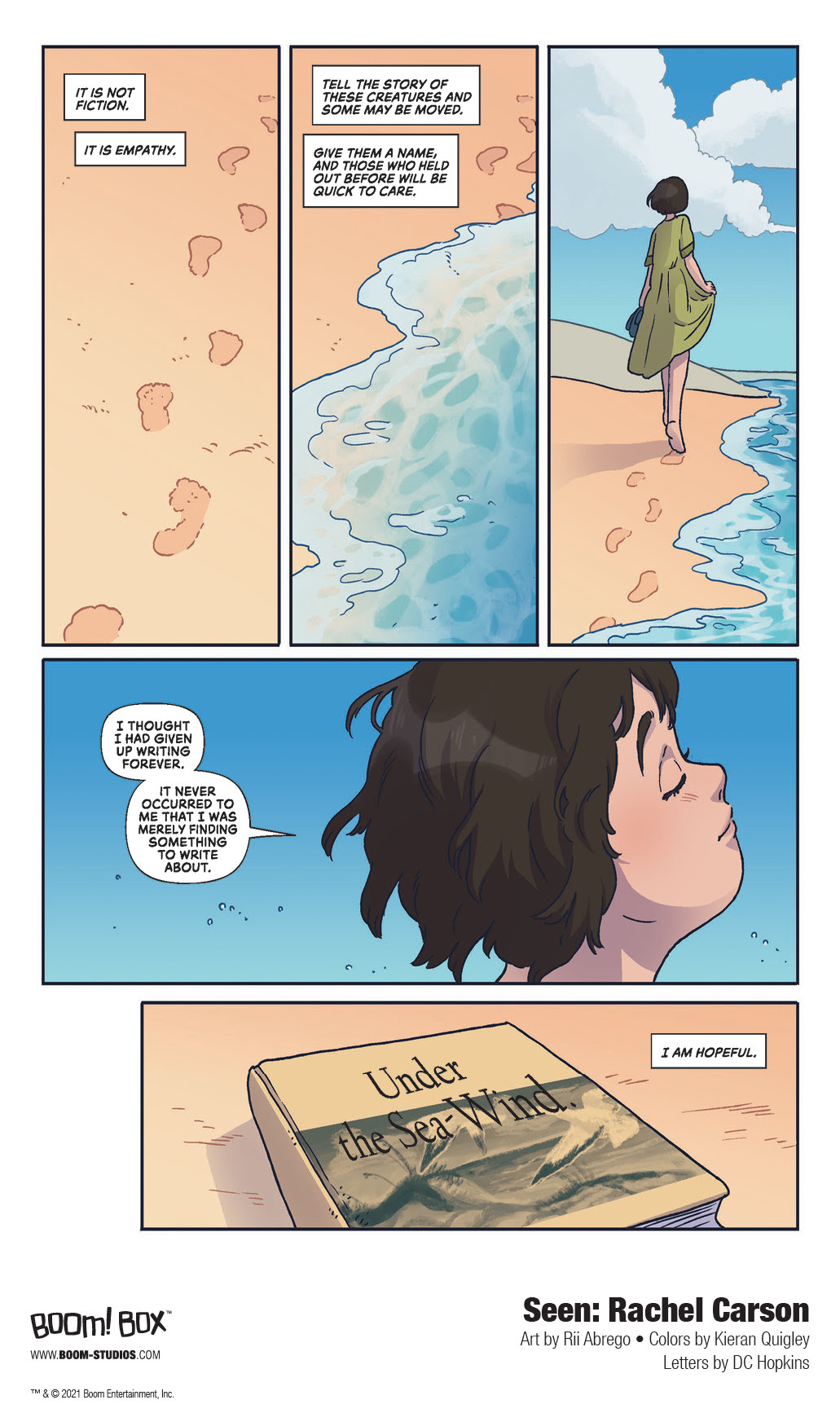 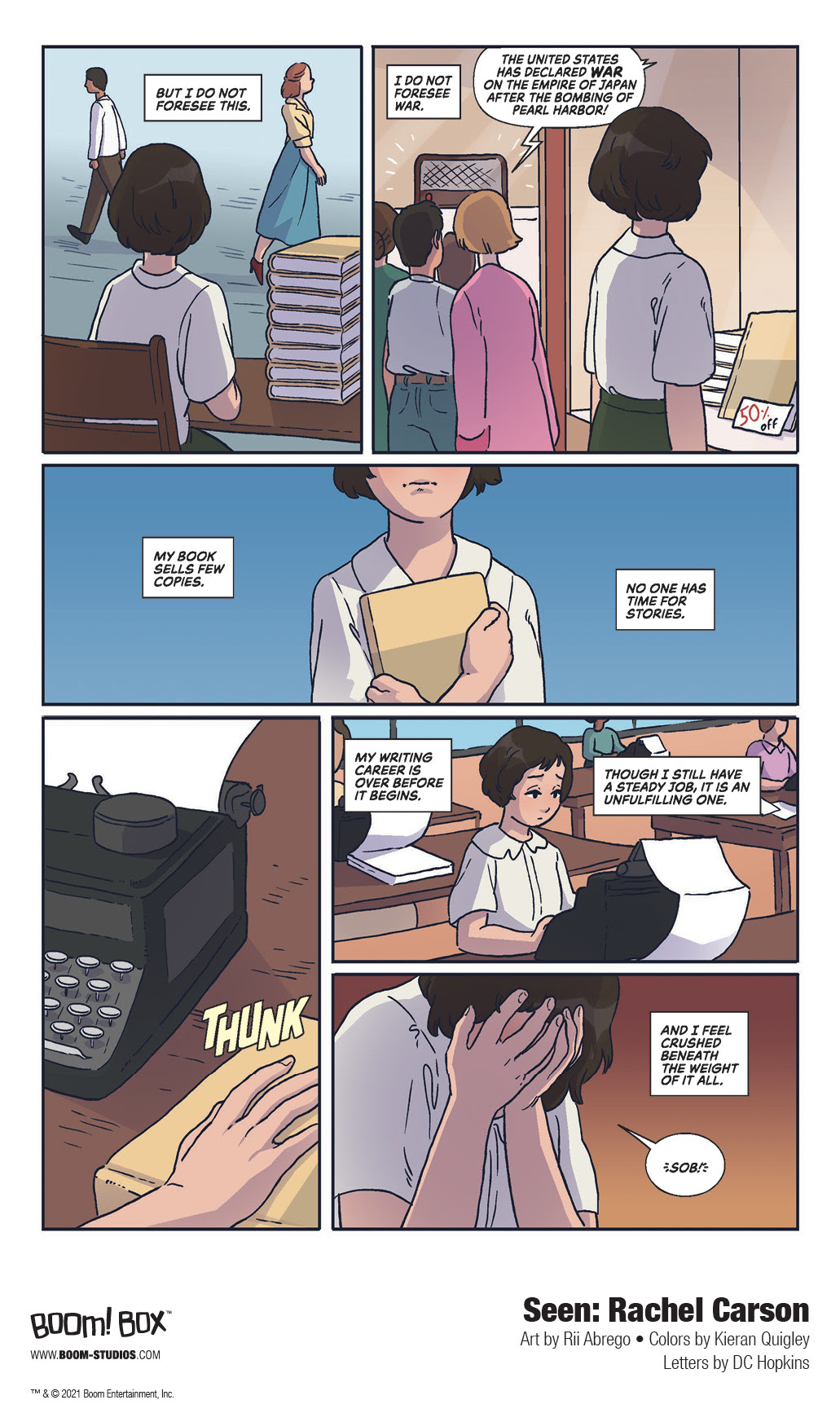 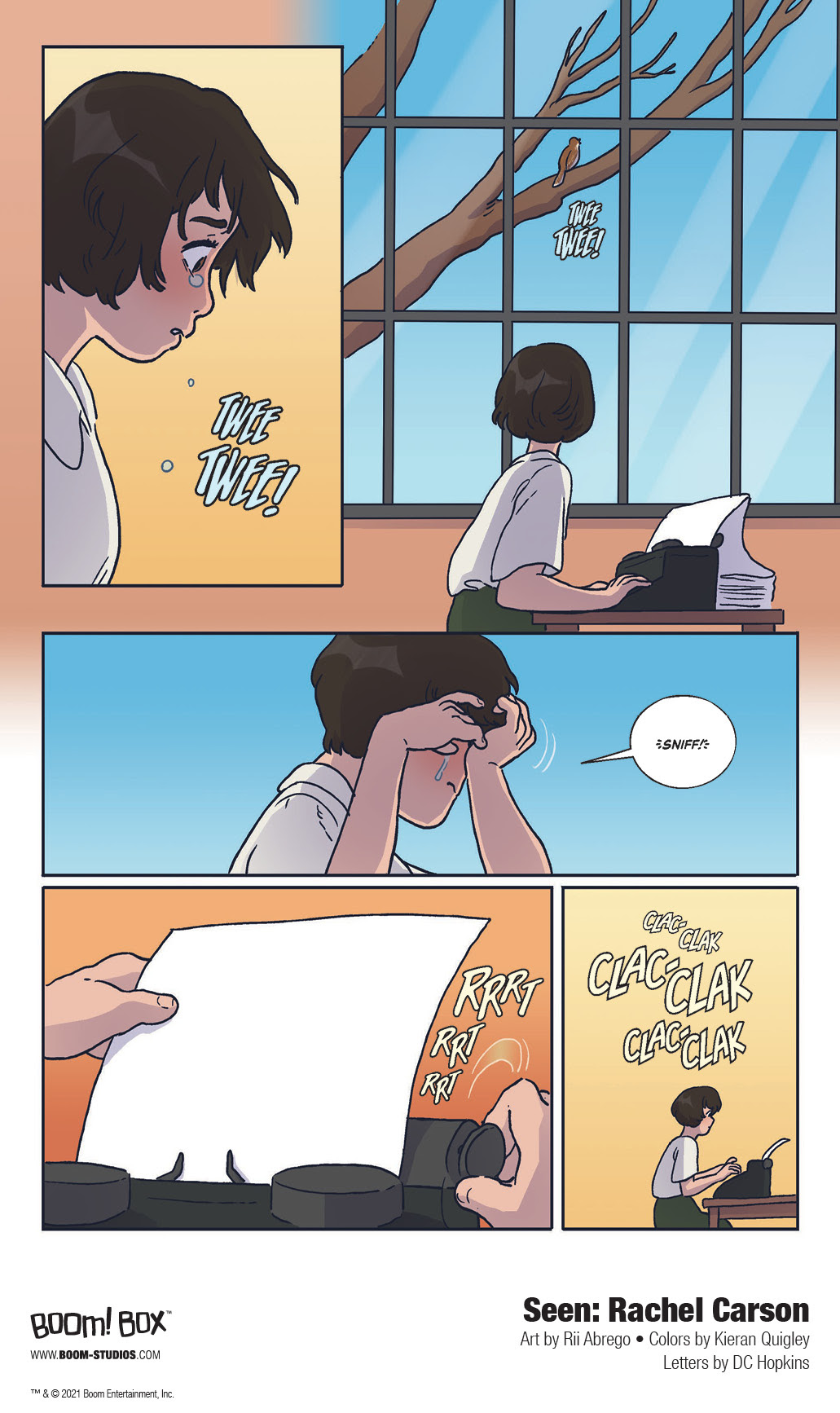 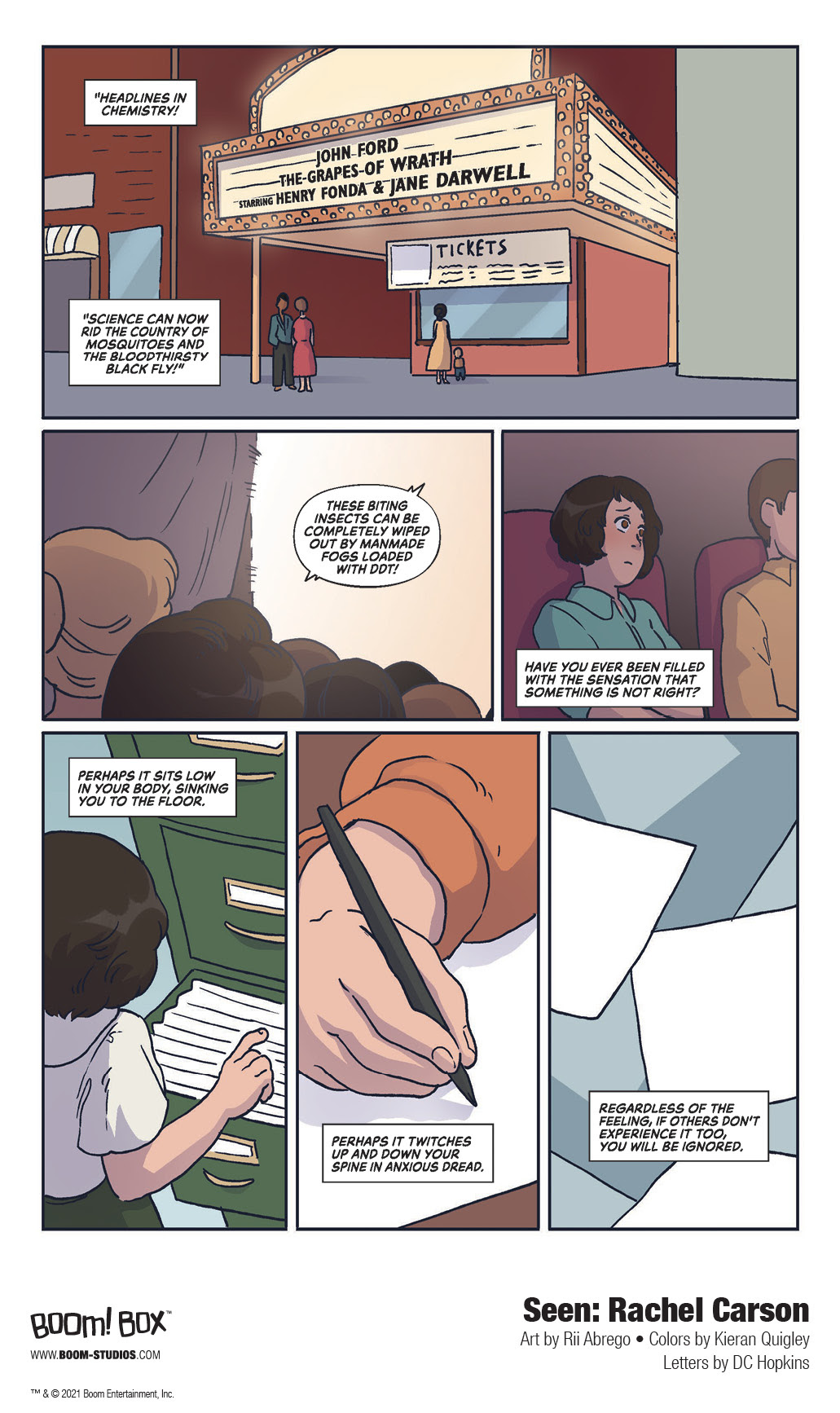 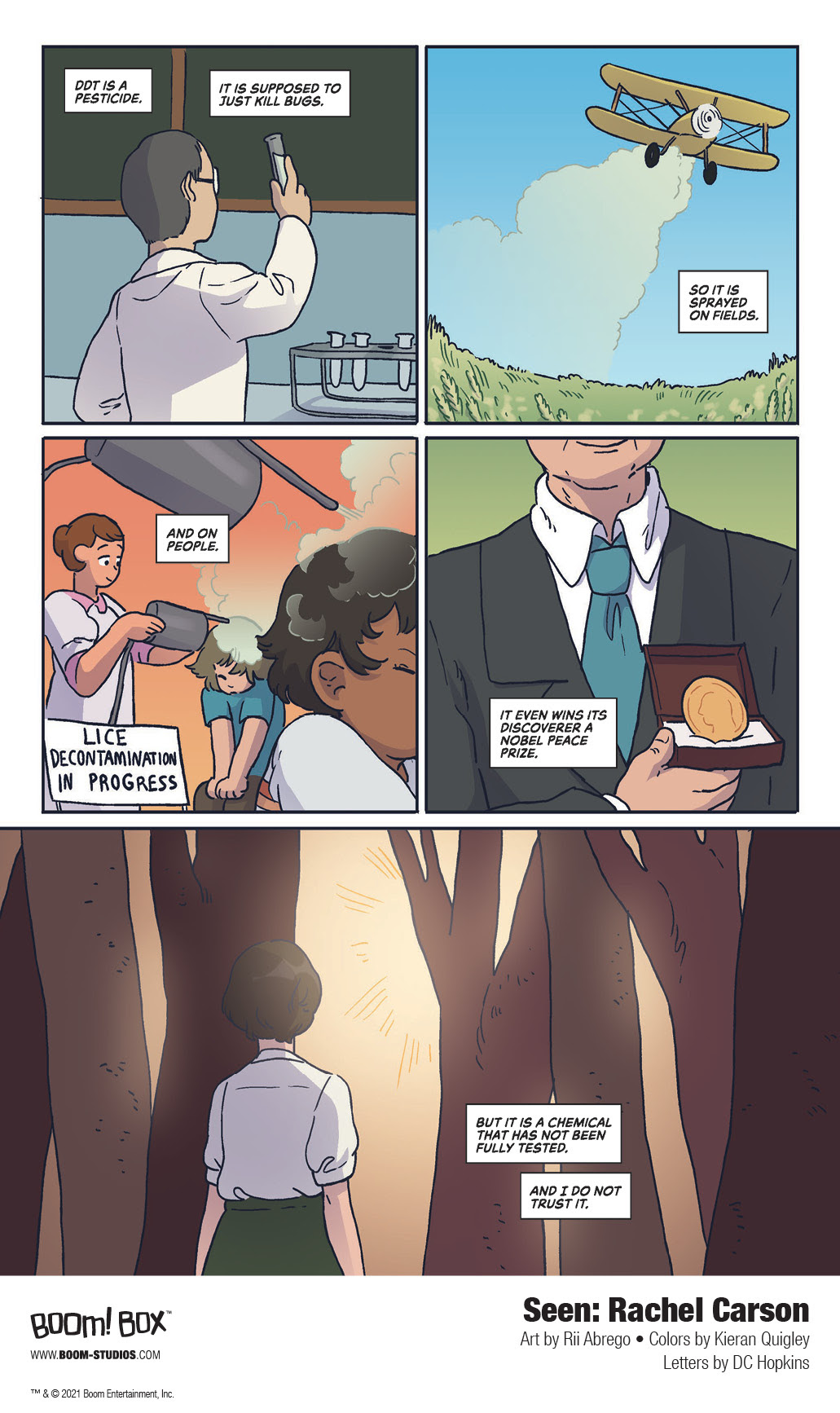 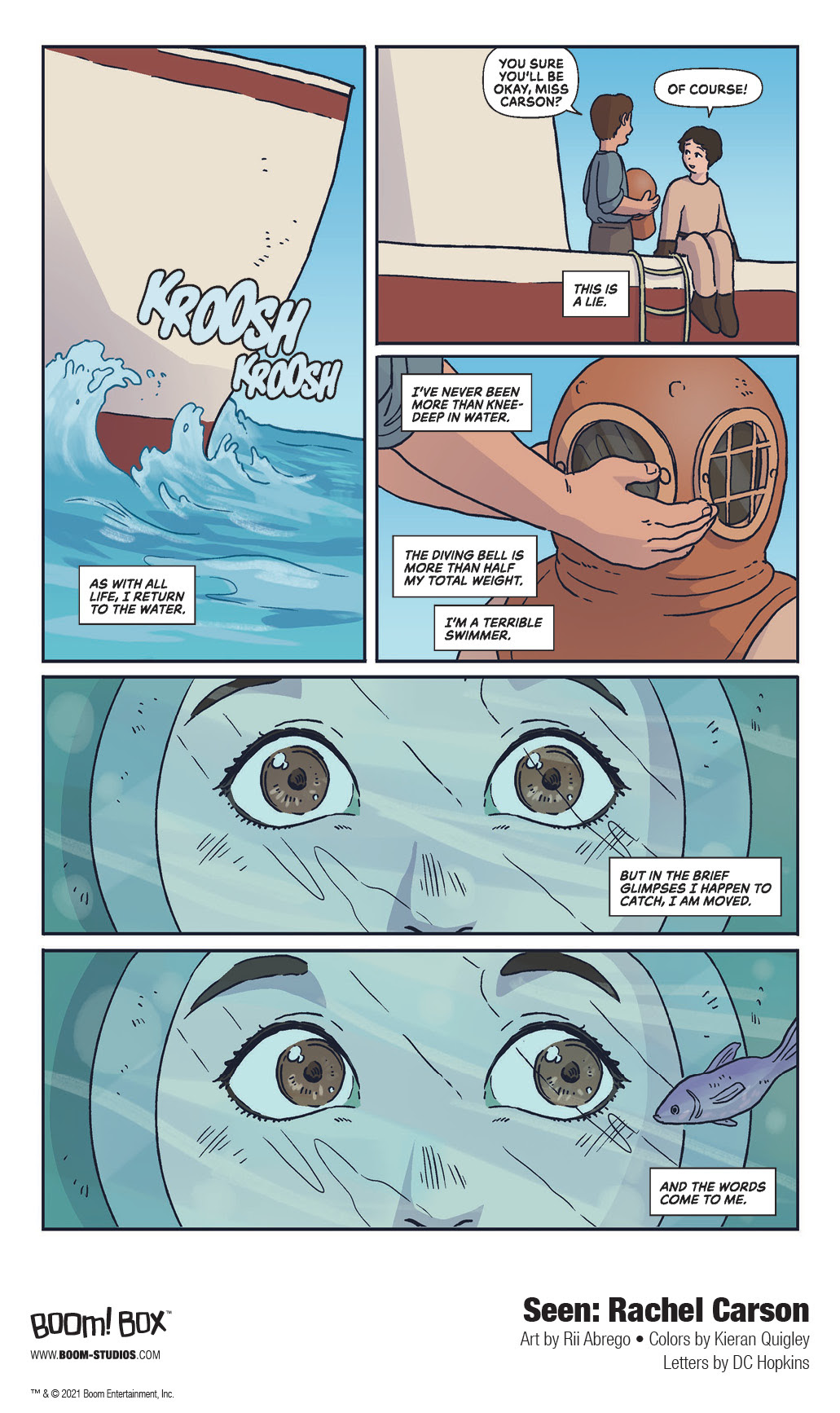 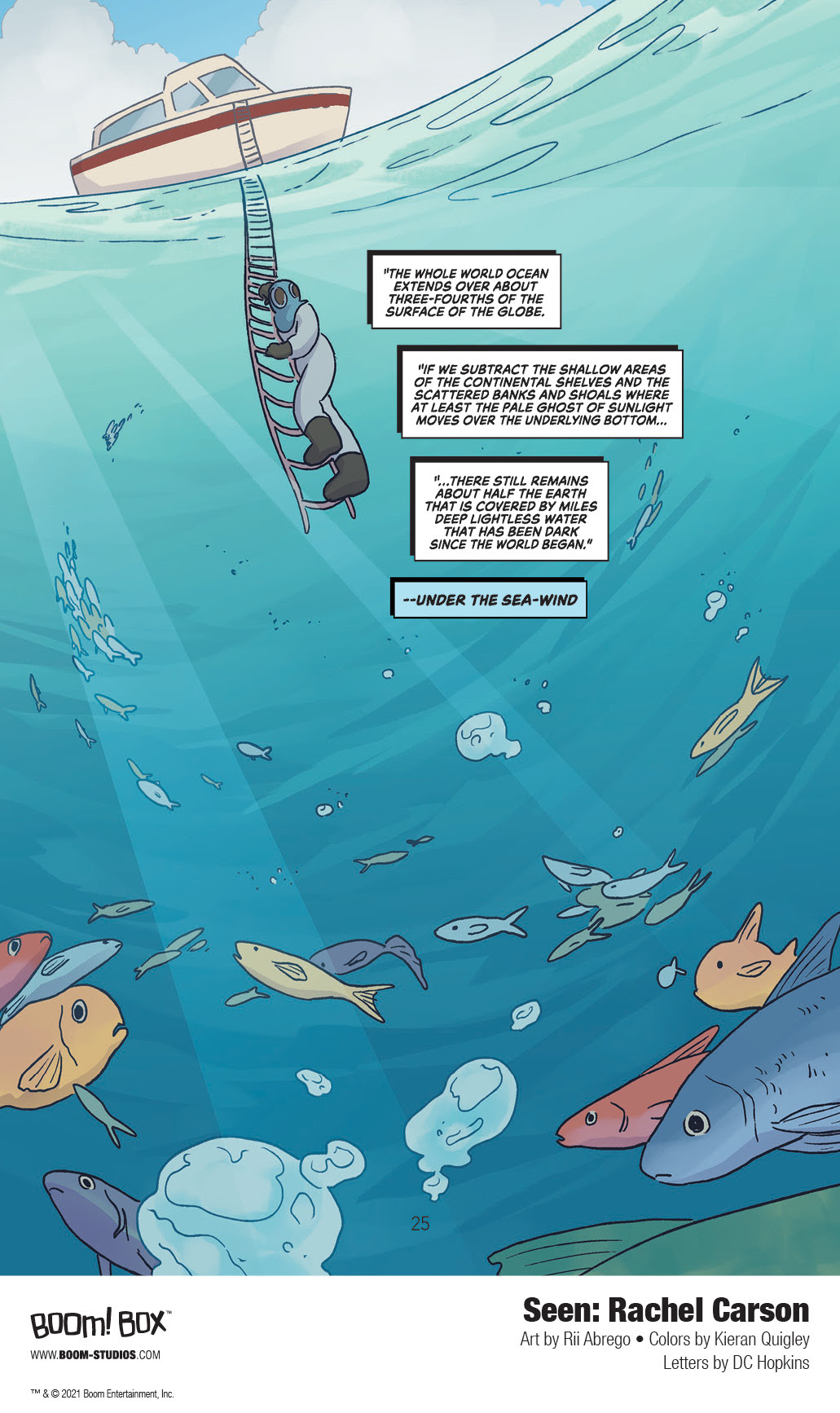