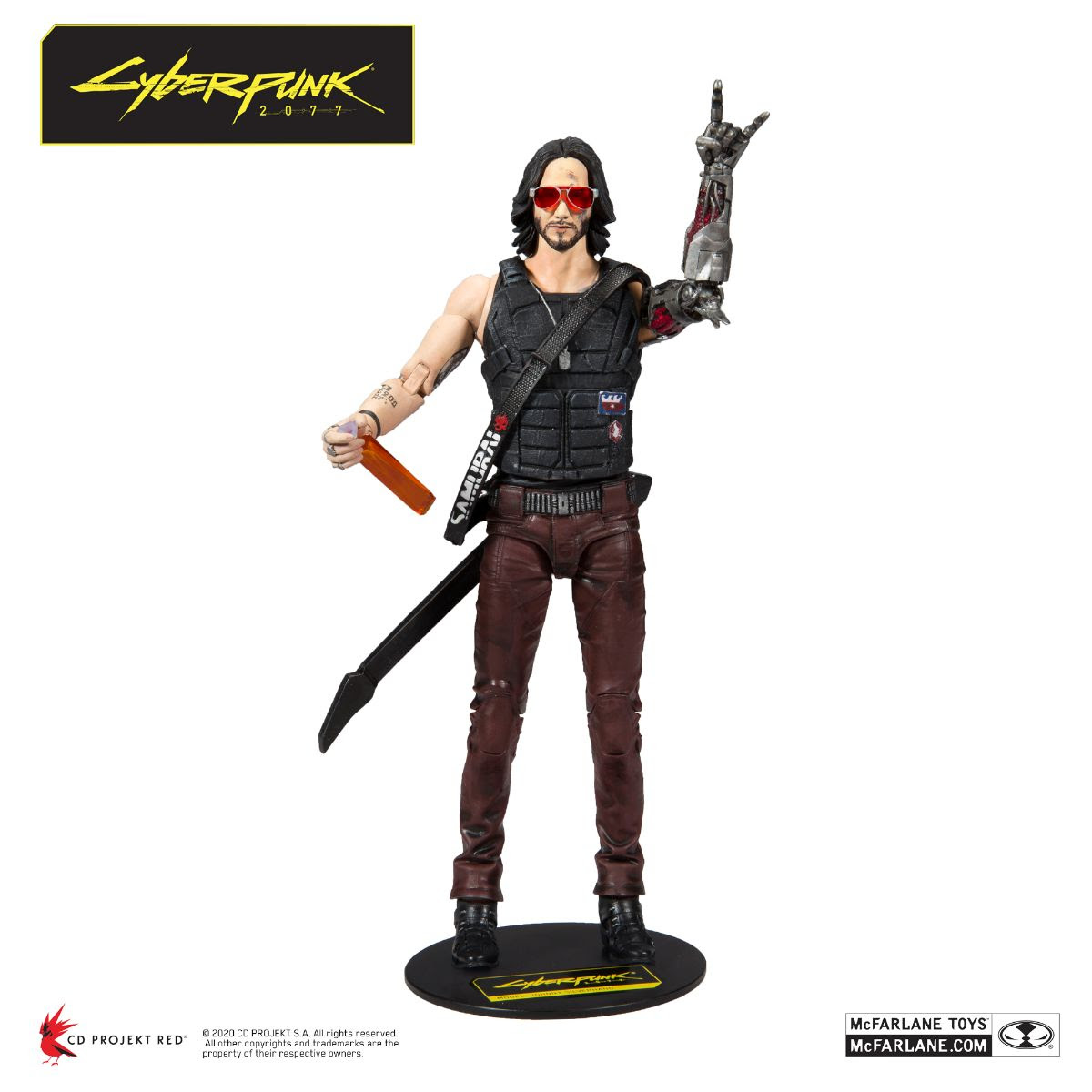 Tempe, Ariz. – December 26 –, 2020 – Entering into the new year, McFarlane Toys announced today that it has begun a licensing agreement with CD PROJEKT RED to create action figures for Cyberpunk 2077! For the next 3 years, McFarlane Toys will be bringing fans the newest figures from the role-playing video game Cyberpunk 2077. Today, you can pre-order the latest figures online at GameStop.

The first wave of the McFarlane Toys Cyberpunk 2077 range will feature two sizes of the Johnny Silverhand action figure, including a 7-inch and 12-inch version. It will also include a 7-inch (Male) V figure as well. The 7-inch figures will have 22 points of articulation and replicate the likeness of the character, for the price of $24.99. The 12-inch Johnny Silverhand has an MSRP of $39.99. All figures will be available to purchase at major retailers in Spring 2020!

Cyberpunk 2077 will be released April 16, 2020 for PC, Xbox One, and PlayStation 4, with the version for Google Stadia set to launch the same year. The game has won more than 200 awards, including the Golden Joystick Award for Most Anticipated Game. Recently, Cyberpunk 2077 has also received media and fan attention for its star-studded soundtrack. 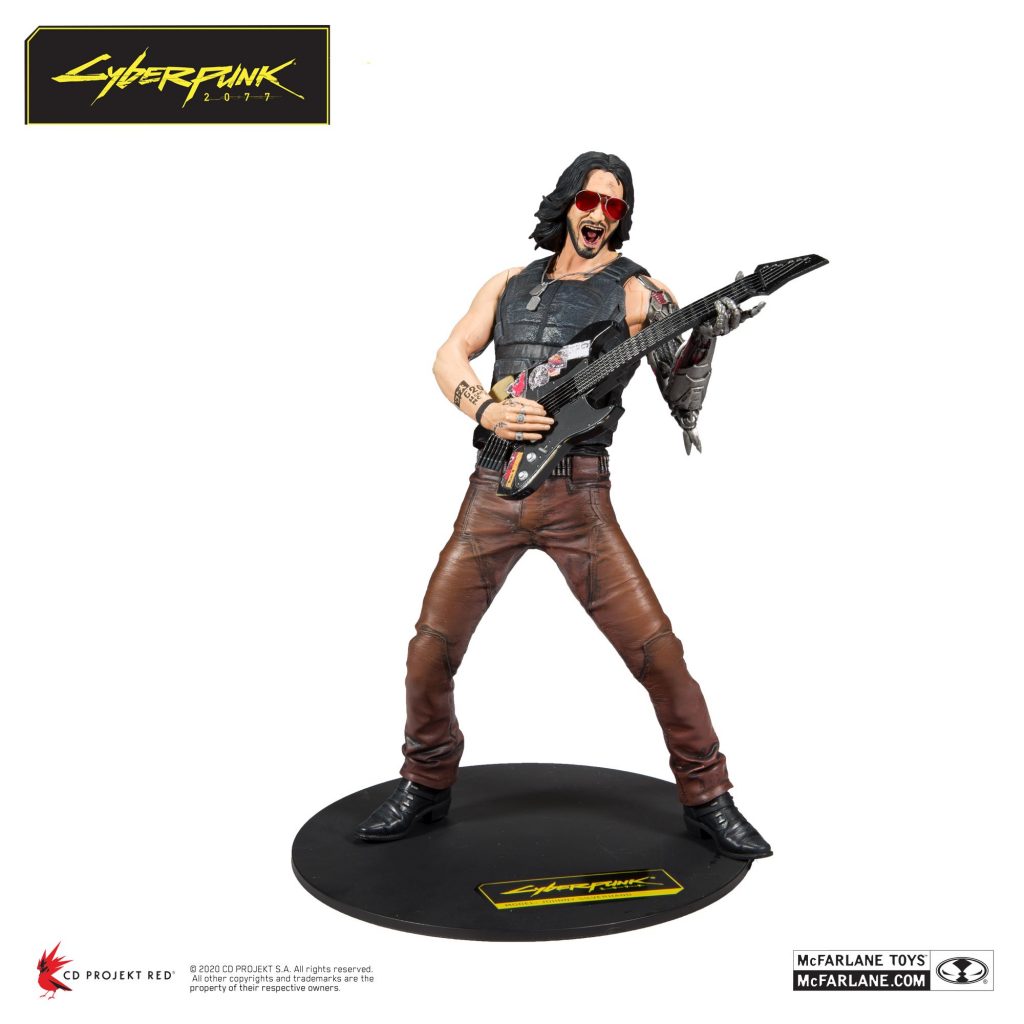 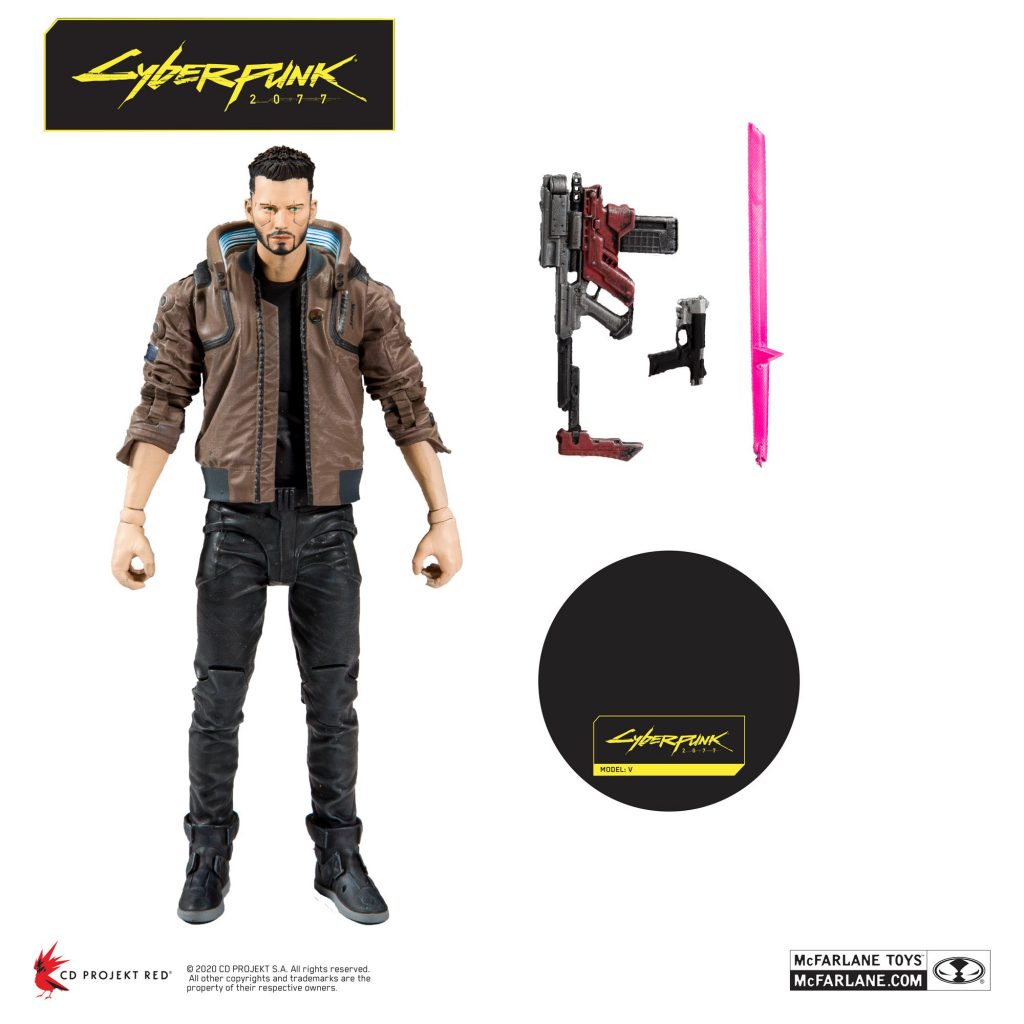 ###
This entry was posted in Art & Streetart, Video Games. Bookmark the permalink.