Brian Azarello can be very hit or miss as a writer and the plot for this series can either direction. Although the illustrative work by Maria Llovet is amazing here and the Paul Pope cover is brilliant.  Official press release with art preview below: 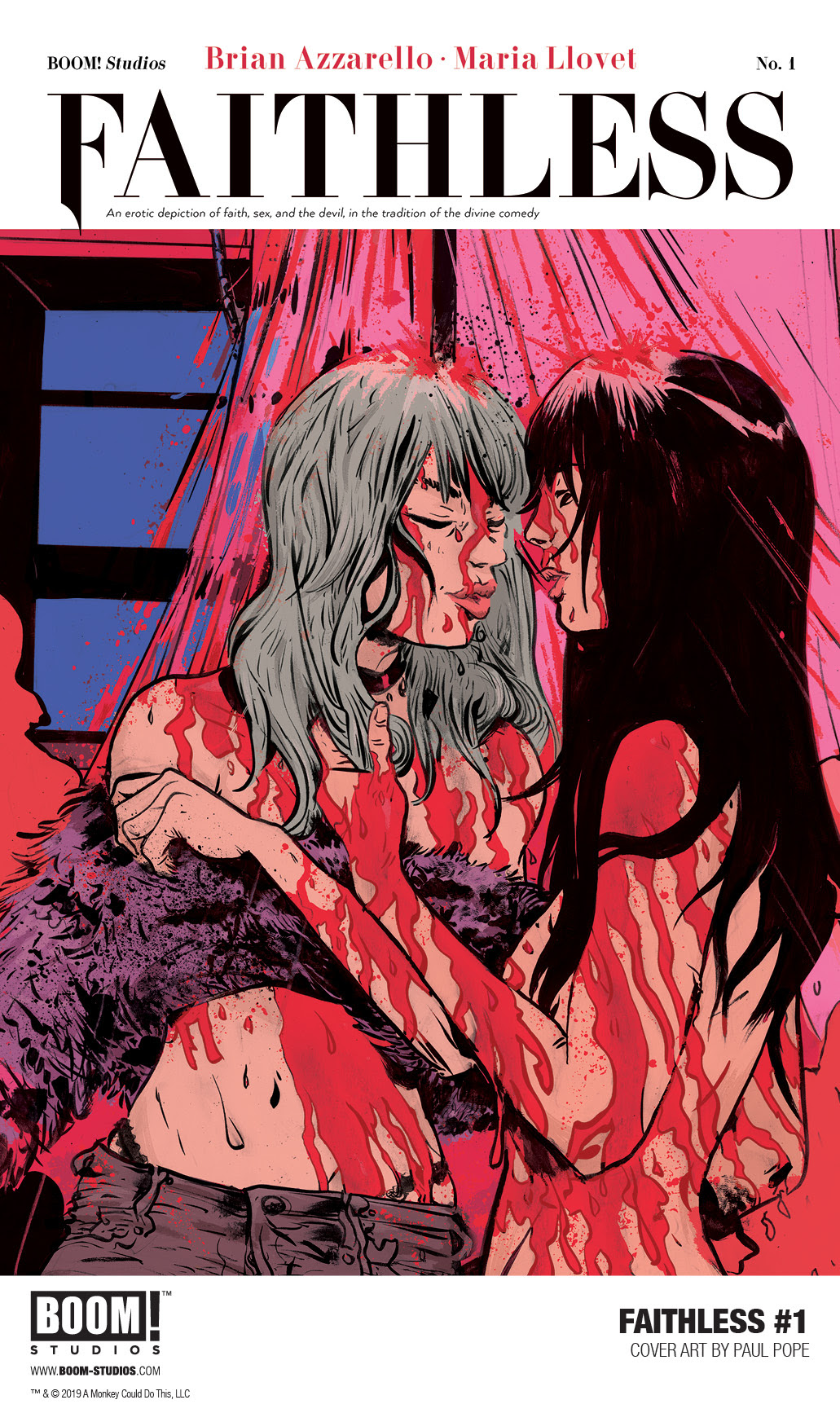 LOS ANGELES, CA (March 4, 2019) – BOOM! Studios today revealed a first look at FAITHLESS #1, the first chapter of a landmark all new five-issue comic book series from New York Times bestselling author Brian Azzarello (Batman: Damned) and artist Maria Llovet (Loud) about a young woman’s thrilling journey of personal exploration as she dabbles in the occult, discovers her own latent magical abilities, and attracts all the wrong attention. In short—Faith is bored as hell. And Hell has noticed.

Arriving in stores April 10, FAITHLESS #1 introduces readers to Faith, a young woman who doesn’t know what she wants out of life but knows that nothing in her utterly mundane everyday life is satisfying her needs. Faith finds solace in her devotion to the occult and the belief that magic exists somewhere in the world, and she longs for the power to make her runes and rituals actually work but as much as Faith loves practicing magic, she’s never so much as lit a candle with her spells.

Everything changes when she runs into Poppy, an exciting and strangely compelling woman with whom Faith strikes up an instant connection, leading them both to deal with an unexpected trauma and ending in a magical night that reveals that Poppy might not be exactly who she appears to be.

“Brian and Maria have created a compelling look at a young woman at the center of self-discovery and all the missteps that can come with that . . . like pursuing the occult,” said Sierra Hahn, Executive Editor, BOOM! Studios. “Faithless is beautiful, fun, sexy, and wonderfully unexpected.”

Print copies of FAITHLESS #1 will be available for sale on April 10th, 2019 at local comic book shops (use comicshoplocator.com to find the nearest one). Digital copies can be purchased from content providers, including comiXology, iBooks, Google Play, and the BOOM! Studios app.

For continuing news on FAITHLESS and more from BOOM! Studios, stay tuned to www.boom-studios.com and follow @boomstudios on Twitter. 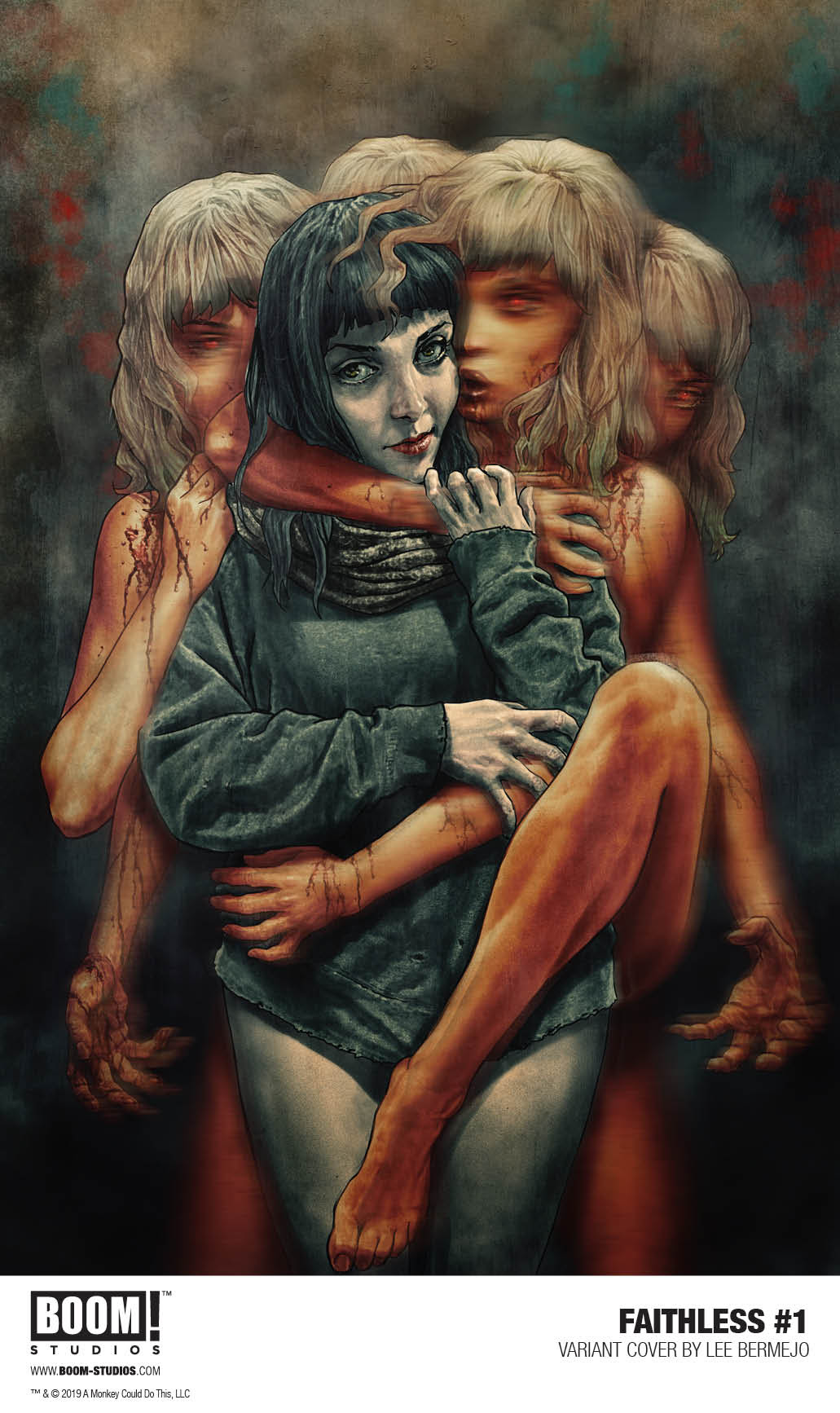 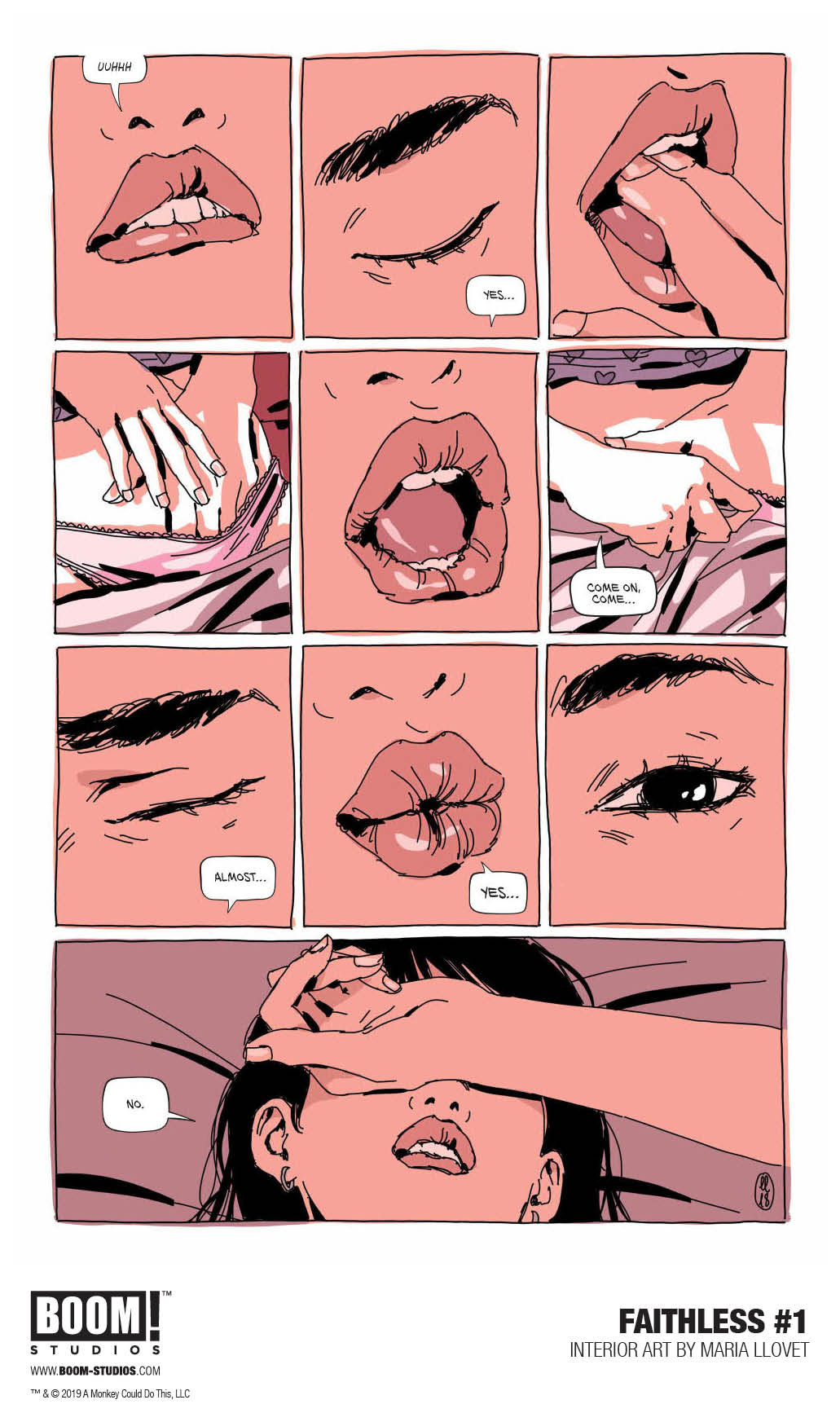 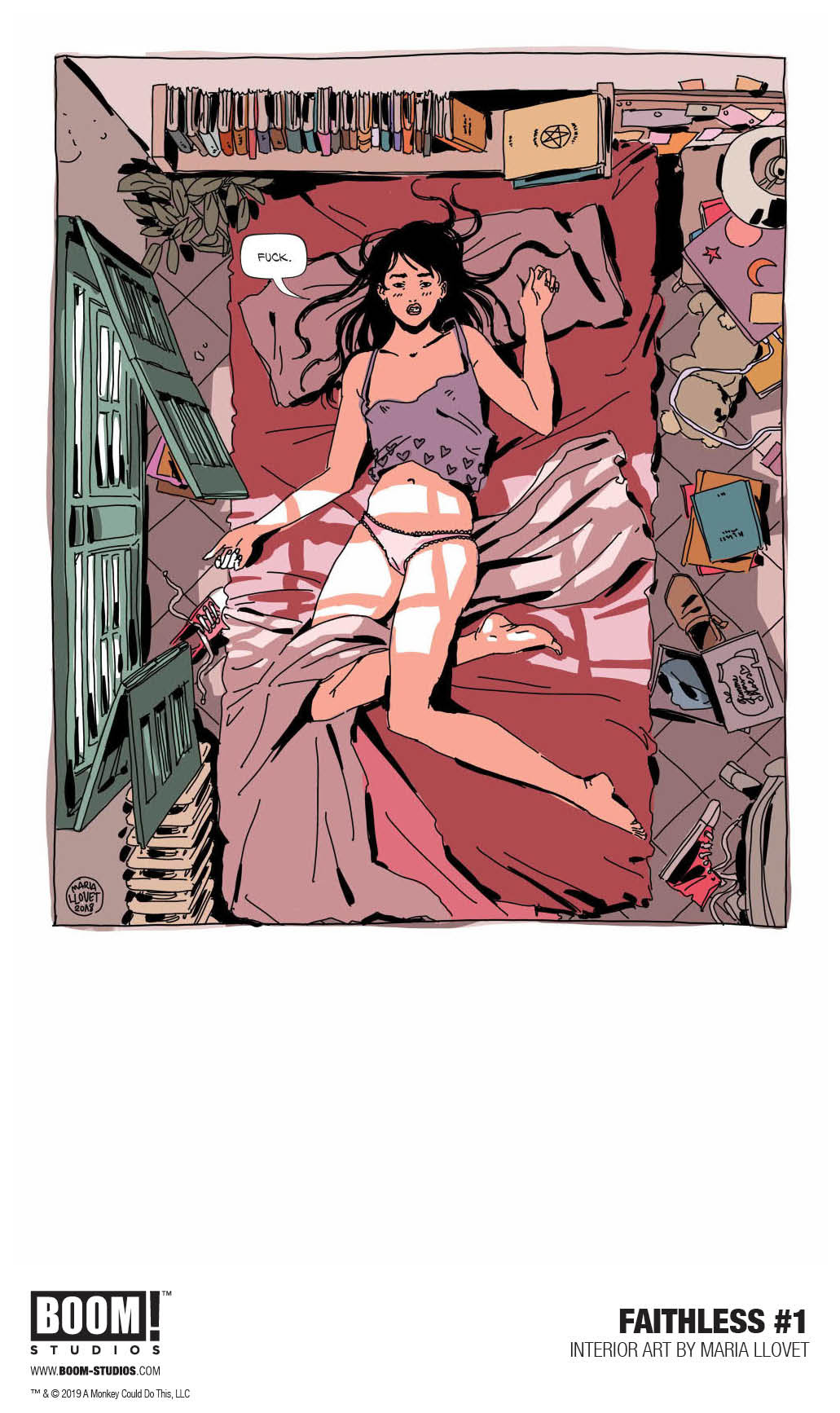 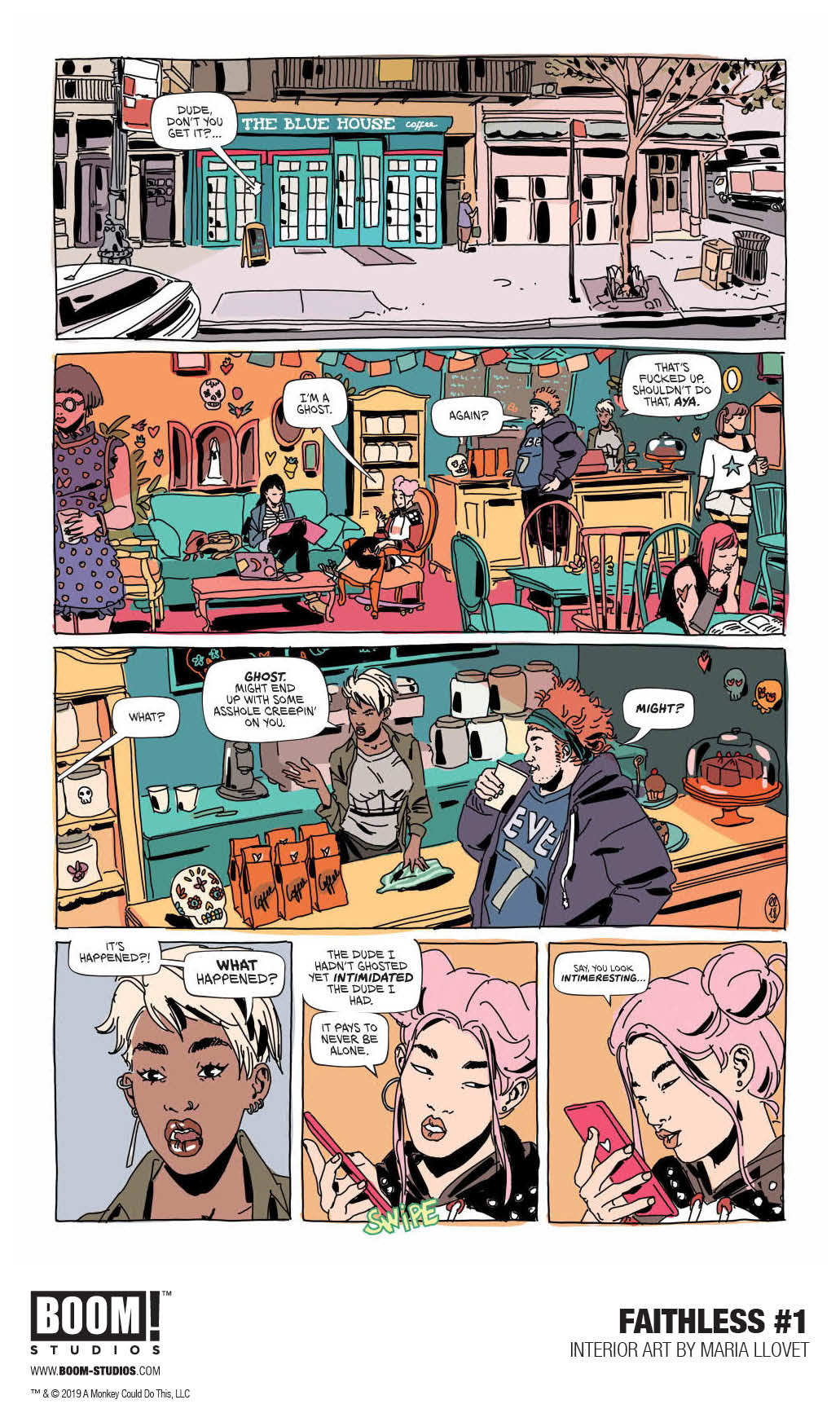 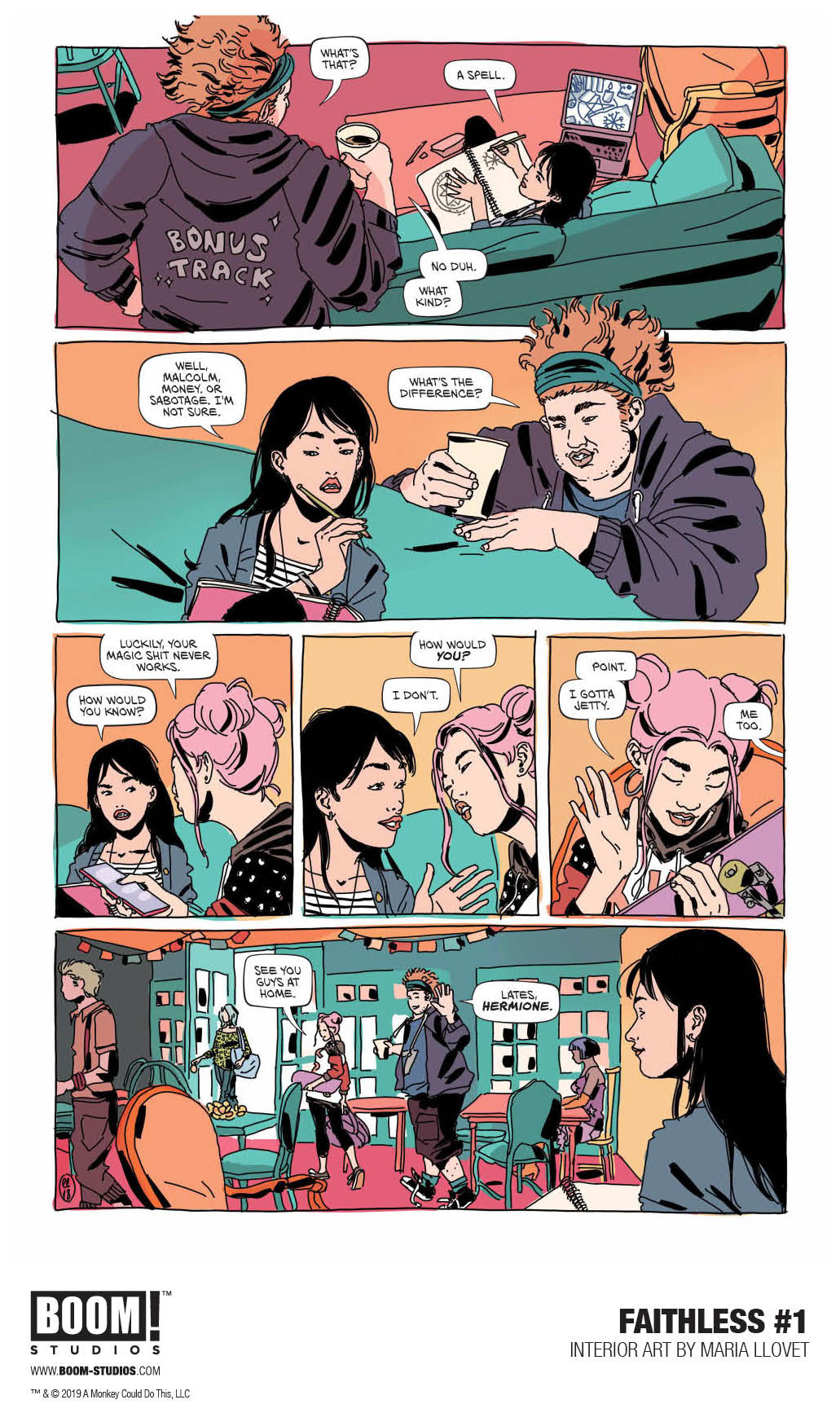 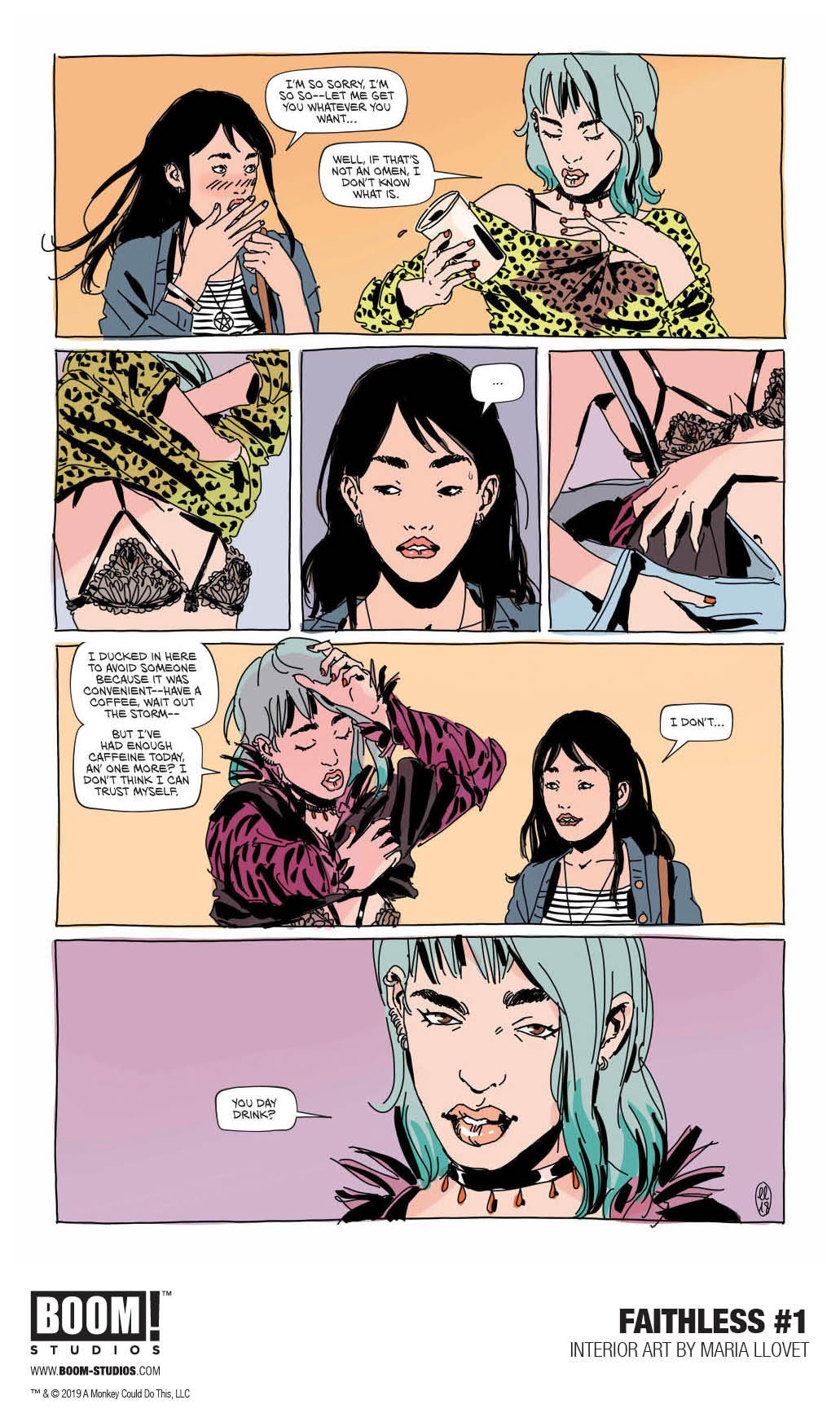 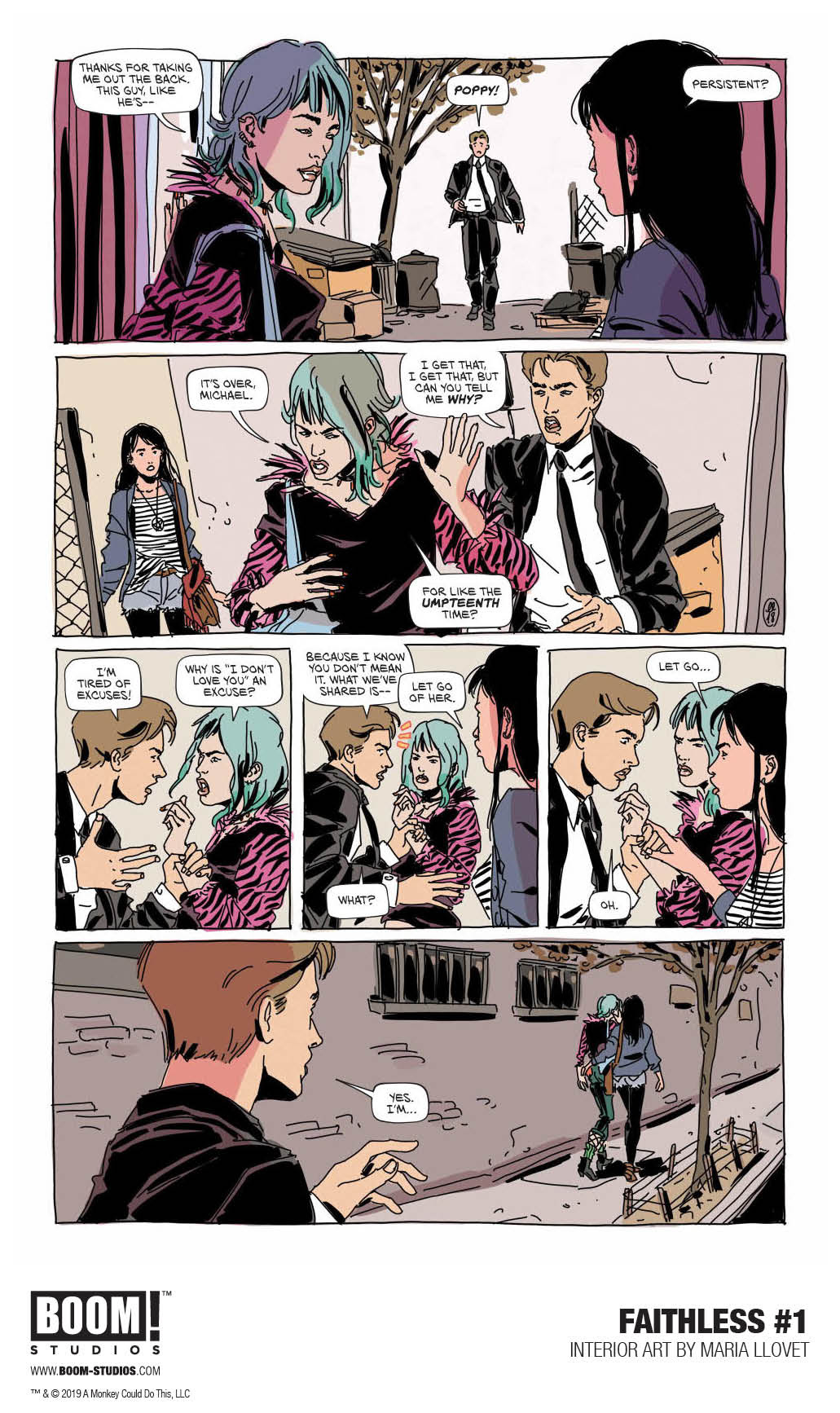