A batch of AGS totally worth more than the price!

Indie game bundles have been the craze for a short while. There’s been Humble Bundle, Indie Royle, Bundle-In-A-Box and the first AGS bundle last year AGS Bake Sale.

AGS Bake Sale offered a ton of amazing exclusive games built in Chris Jones AGS. Primamrily designed for making point and click games developers have branched out and for that bundle, a shooter and a platformer were designed. Not every game in that bundle was gold, but it gave one some excellent work in Nine Months In and Fragment while the rest were excellent examples of how versatile the engine software actually is and how in many times it all comes down to puzzles, art and story telling… not how the game is made.

Independent publisher Screen 7 out of the UK recently published a brand new AGS bundle titled Summerbatch which features 5 games. Four traditional point n click games with varying art styles and story telling techniques and one very different type of game and a new one to AGS I assume in stealth action ala Metal Gear Solid.

In Barely Floating we are introduced to the best animated/illustrated of the works, with some work that looks way beyond indie, while some of the game mechanics still definitely are hobbled by AGS being capable of what it is capable. Extremely funny with some serious mind buzzer of puzzles invoking old school point n click where one must truly pay attention to dialogue and sentences, it quickly became one of my favorite of the games and it feels like there could be a sequel featuring the protagonist. Or maybe a prequel? It felt a little weird that the only thing we really discover about the lead character is his name while everyone else gets way more fleshed out. 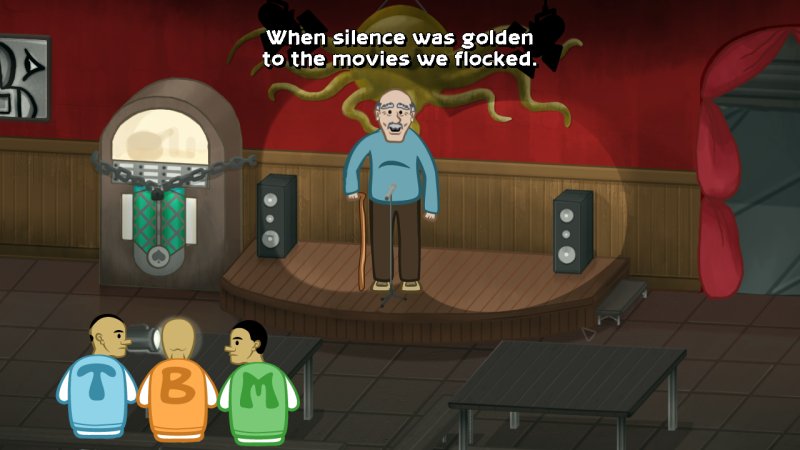 Jailbreak is the stealth game I mentioned above. Of the five games I must admit it was my least favorite. While I really respect and appreciate the work of the developers in trying something totally new and different with AGS, the graphics and gameplay really felt short. Others might actually state this was their favorite game of the bundle and I actually really happy it is in there to add variety to the whole thing. I personally would be happy with the four point n clicks, more than happy, so this game is a bonus.

Patchwork is also impressively in its graphics and feels epic in scope, but is actually the shortest of the games and the only one with a puzzle type that I personally always hate finding. Despite that, it’s writing in top notch and it like Barely Floating and PISS and even Nancy The Happy Whore feel like they could be larger games with prequels and sequels. 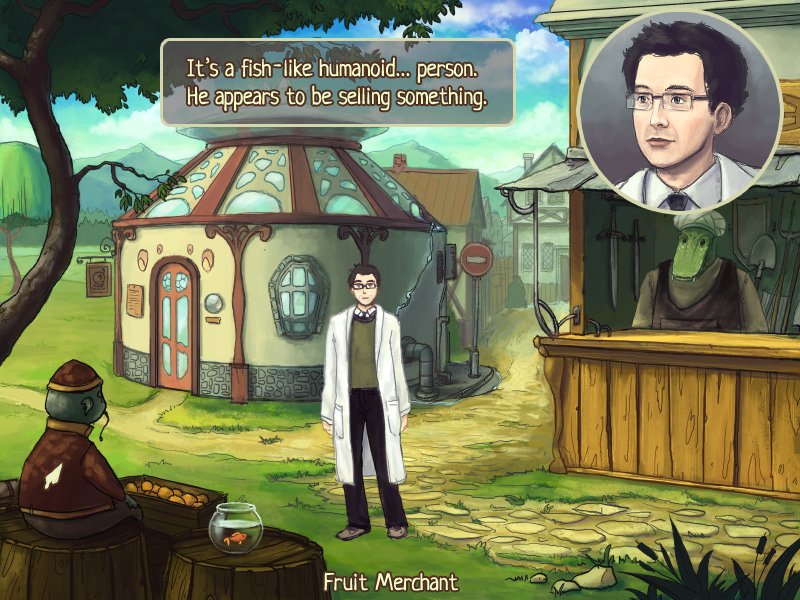 Nancy is the most crazy of the games, but I even almost feel like it could’ve gone over the edge. Sure pixelized boobies especially in pixel art aren’t exciting, but they would’ve added some humor and fun. Even without the nudity, despite the Happy Whore title, there’s some very interesting twists and intriguing turns to this adventure which starts small and ends up maybe more epic than PISS even since PISS feels huge and epic from the start simply because of its world. 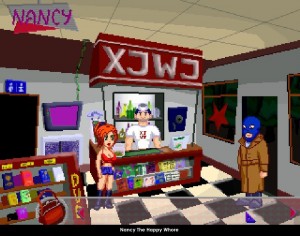 So now we get to PISS, which has been considered the gem of the batch by some. It is a very impressive sci-fi spiritual adventure fantasy, with some incredible writing and with every character being completely and totally fleshed out. Except for the lead who we get more questions than answers in the end about. If any of the games NEEDS a sequel it’s PISS. The others could have sequels. PISS needs one, the story needs to continue. Be it as a game or a book or a comic. 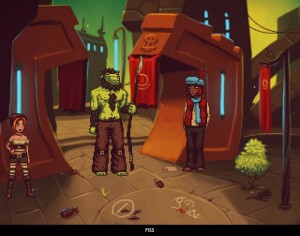 As a whole, Summerbatch is actually a steal at its “Name Your Price” price. Of course it’s worth at least a minimum $15, especially since it went to charity and the games were developed without budgets from the publisher. The deal started in August and runs till November. That’s a lot of time left, but jump on it sooner than later, there’s going to be some long nights for some players indeed.

1 Response to A batch of AGS totally worth more than the price!