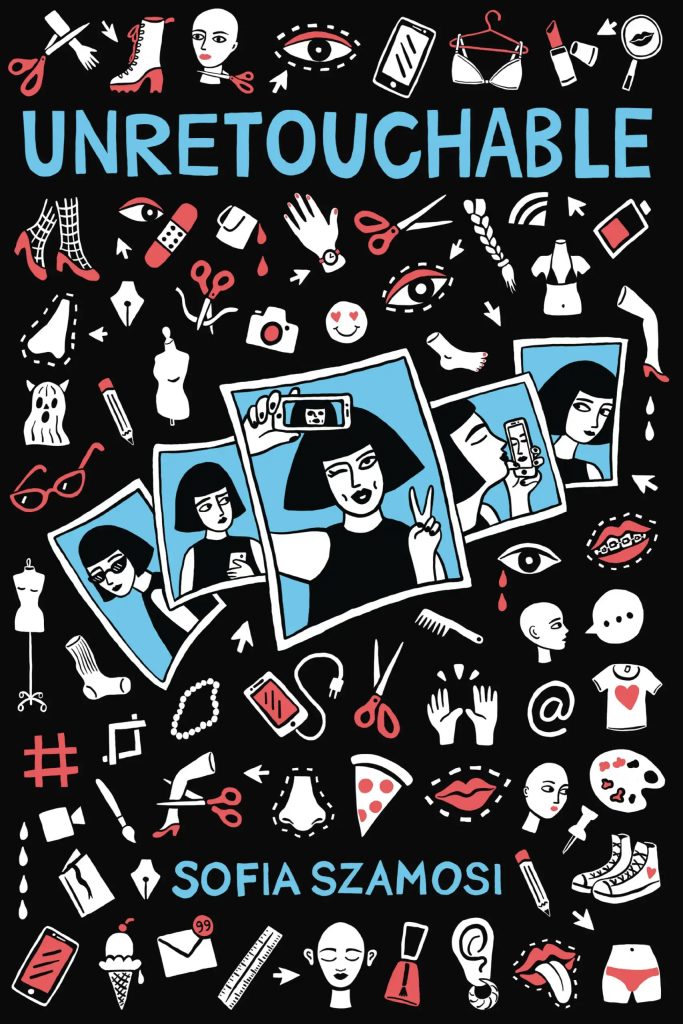 In UNRETOUCHABLE, Olive is spending the summer before art school at a coveted internship, helping one of the fashion industry’s elite digital-imaging specialists. After a glamorous New York photoshoot, she learns that taking pictures is only the first step. She discovers the “violent verbs” (cut, crop, slice, lasso) of image retouching software and the secrets behind “virtual models.” Soon Olive is fixating on her own appearance and pondering the ethics of her work behind the scenes. As college gets closer, she’ll try to get out of her own head, attempt to quit the Internet, and finally embrace image-making on her own terms. UNRETOUCHABLE is a window into the little-known, hugely influential world of photo retouching and a tribute to self-acceptance. 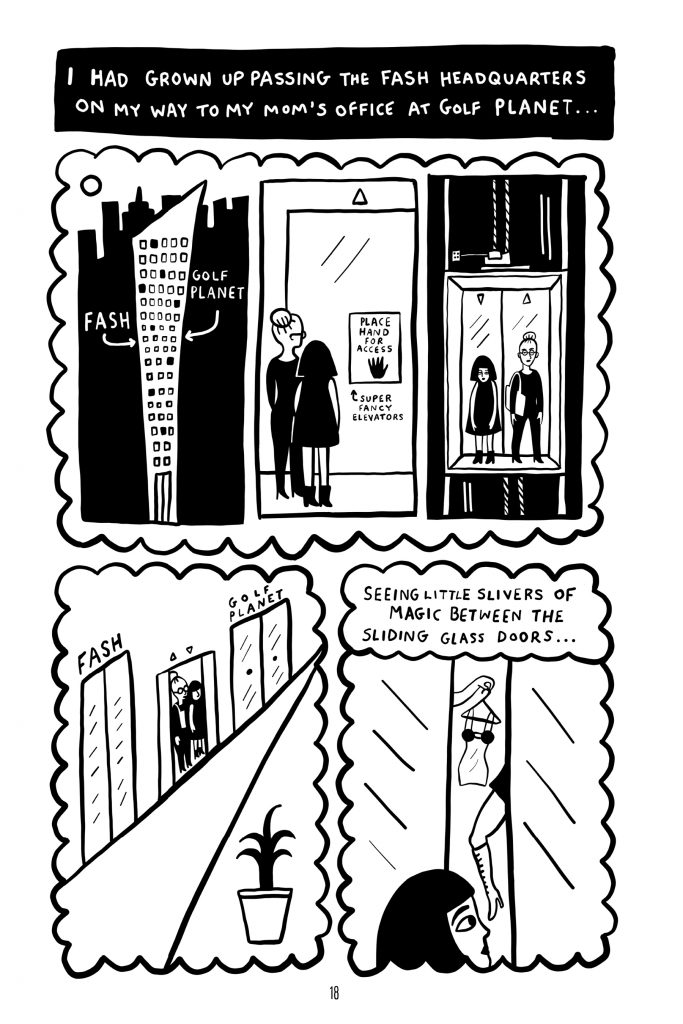 “Unretouchable dives headlong into the complications of being a person in a world of nonstop images. Sofia’s a constantly adventurous cartoonist, and she’s created a story about the challenge of being authentically yourself—without ever losing her sense of humor,” said Lerner Books Graphic Universe Editorial Director Greg Hunter.

“Having been a young woman facing these very real issues, I am excited to offer a new angle on the many anxieties young women face in our hyper-image focused world,” said cartoonist Sofia Szamosi. 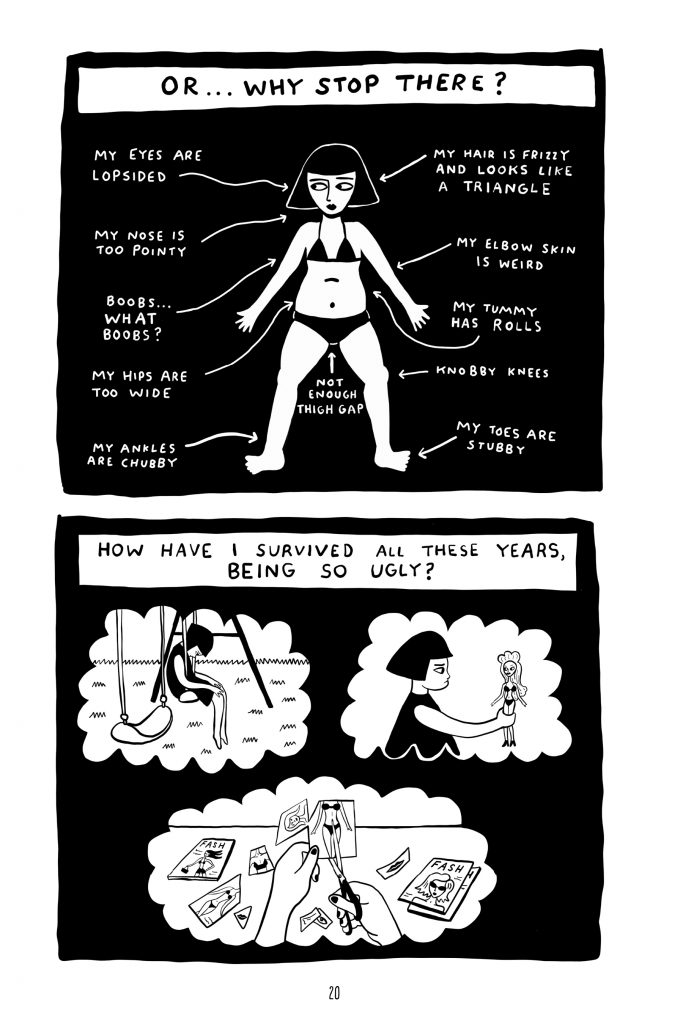 Here’s what people are saying about UNRETOUCHABLE:

“Soulful, playful, and full of heart, Unretouchable is a timeless coming-of-age story set against the backdrop of our modern, digital world. Sofia Szamosi has illustrated a narrative that is so visceral (and so relatable) that it invites a deeper understanding of readers’ realities―past, present, and future.” ―Aliza Kelly, author, Starring You: A Guided Journey Through Astrology and This Is Your Destiny: Using Astrology to Manifest Your Best Life

“Written with empathy, wisdom and humor, Unretouchable makes us feel heard and understood. I couldn’t put it down!” ―Sadie Radinsky, author, Whole Girl: Live Vibrantly, Love Your Entire Self, and Make Friends with Food

“Sofia has a magical eye and voice. Her ability to take something classic and turn it on its head is something I had never seen before her work.” ―Emily Meade, actor, Dead Ringers, The Leftovers, and The Deuce