An Unlikely Hero Arises in GETTING DIZZY #1 First Look Dizzy wants to be the best! But with everything she’s tried, including roller skating, this teen can only achieve one thing –  disaster. Just when Dizzy is ready to pack it in, everything changes when the Negatrixes attack, forcing her to take up the super-powered mantle of ‘Burb Defender! But if she wants to save the world, she’s going to have to assemble the coolest skating crew the ‘Burbs have ever seen!

GETTING DIZZY is the latest release from BOOM! Studios’ award-winning BOOM! Box imprint, home to groundbreaking original series such as Lumberjanes by Shannon Watters, Grace Ellis, Brooklyn Allen, and Noelle Stevenson; Juliet Takes a Breath by Gabby Rivera and Celia Moscote; Giant Days by John Allison, Lissa Treiman, and Max Sarin; Mamo by Sas Milledge; Save Yourself! by Bones Leopard and Kelly and Nichole Matthews; Specter Inspectors by Bowen McCurdy and Kaitlyn Musto; The Last Witch by Conor McCreery and V.V. Glass; Ghosted in LA by Sina Grace and Siobhan Keenan; The Avant-Guards by Carly Usdin and Noah Hayes; Fence by C.S. Pacat and Johanna the Mad; Goldie Vance by Hope Larson and Brittney Williams; and educational series Seen: True Stories of Marginalized Trailblazers.

Print copies of GETTING DIZZY #1 will be available for sale on November 3, 2021 exclusively at local comic book shops (use comicshoplocator.com to find the one nearest you) or at the BOOM! Studios webstore. Digital copies can be purchased from content providers, including comiXology, iBooks, Google Play, and Kindle.

For continuing news on GETTING DIZZY and more from BOOM! Studios, stay tuned to boom-studios.com and follow @boomstudios on Twitter. 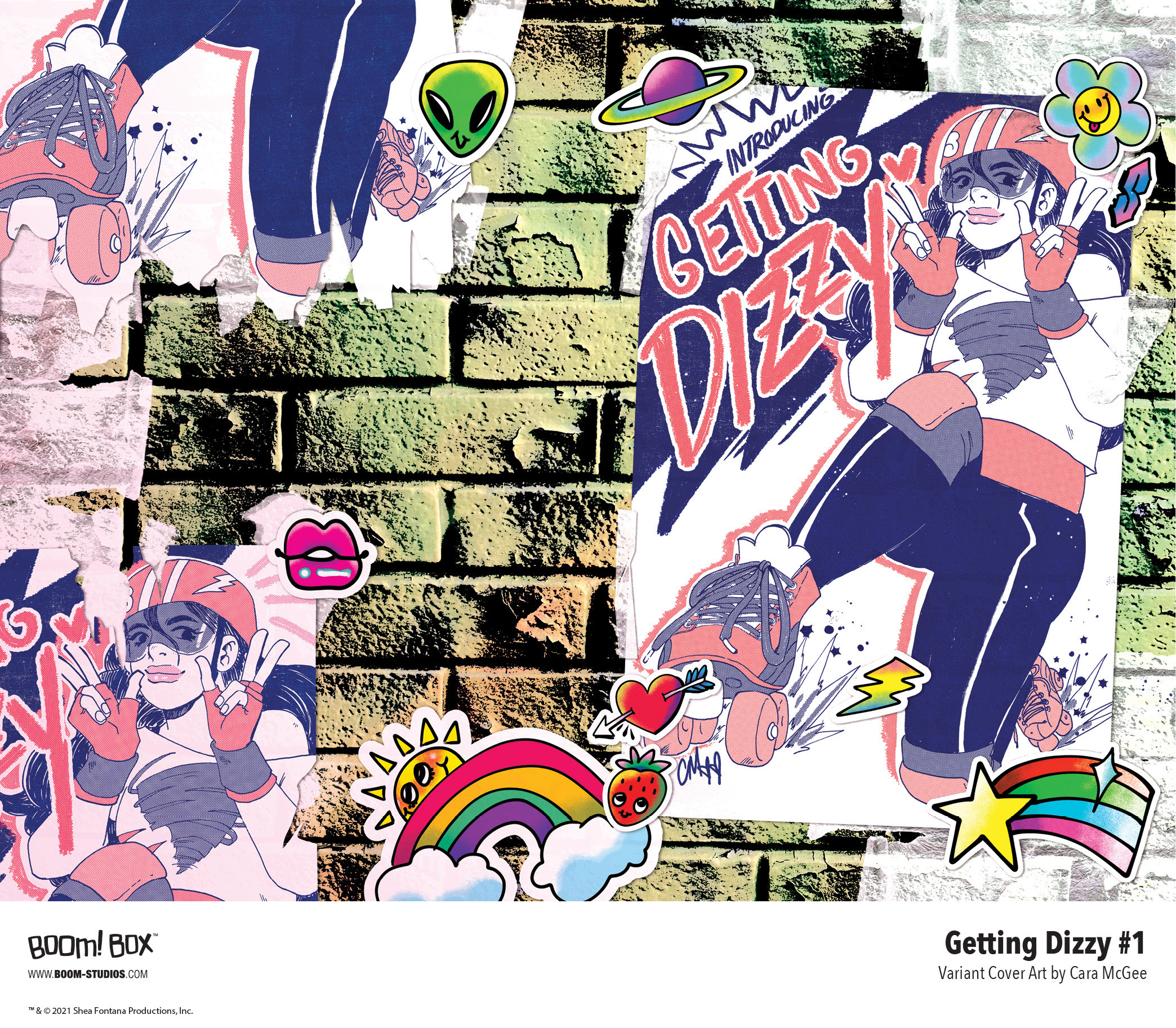 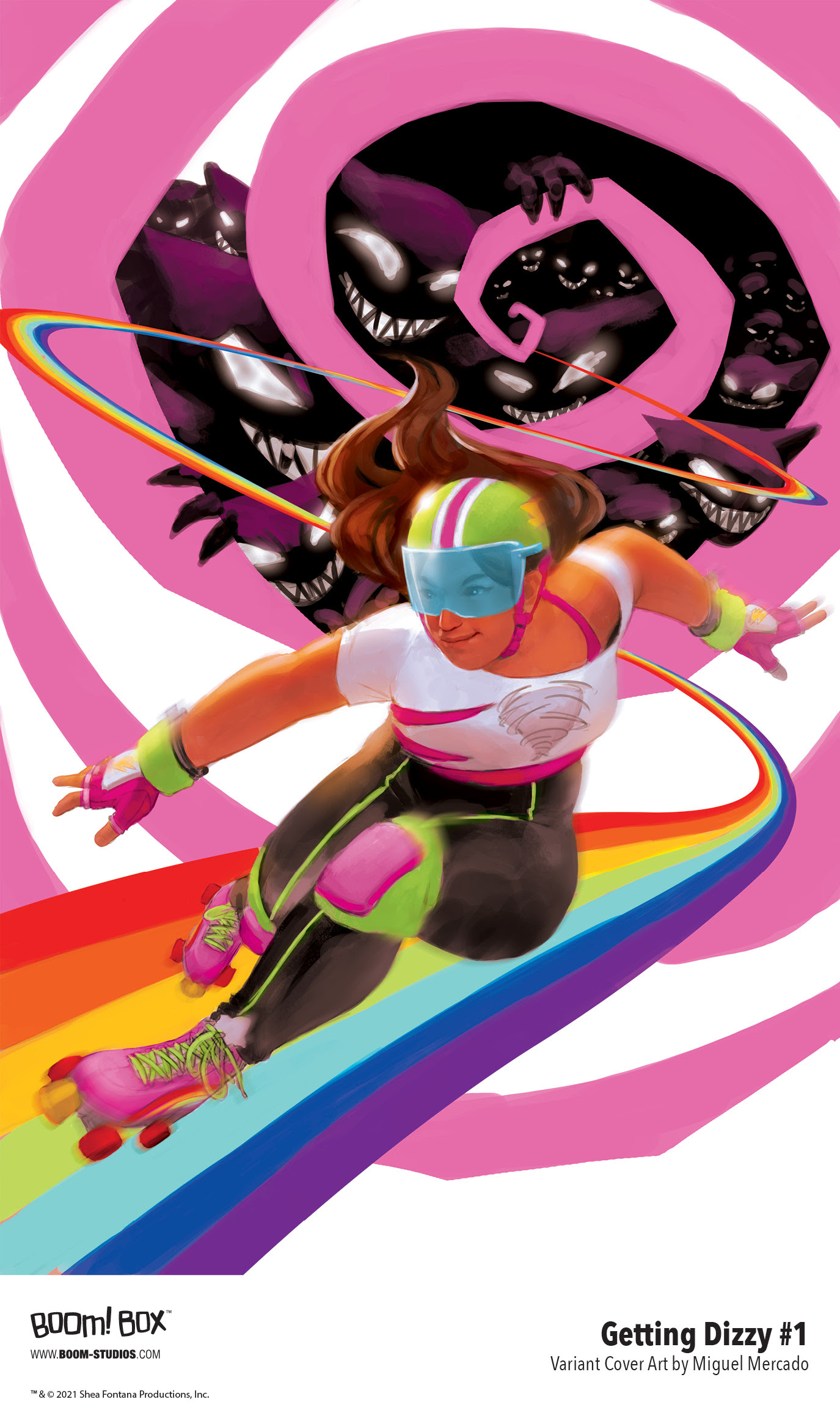 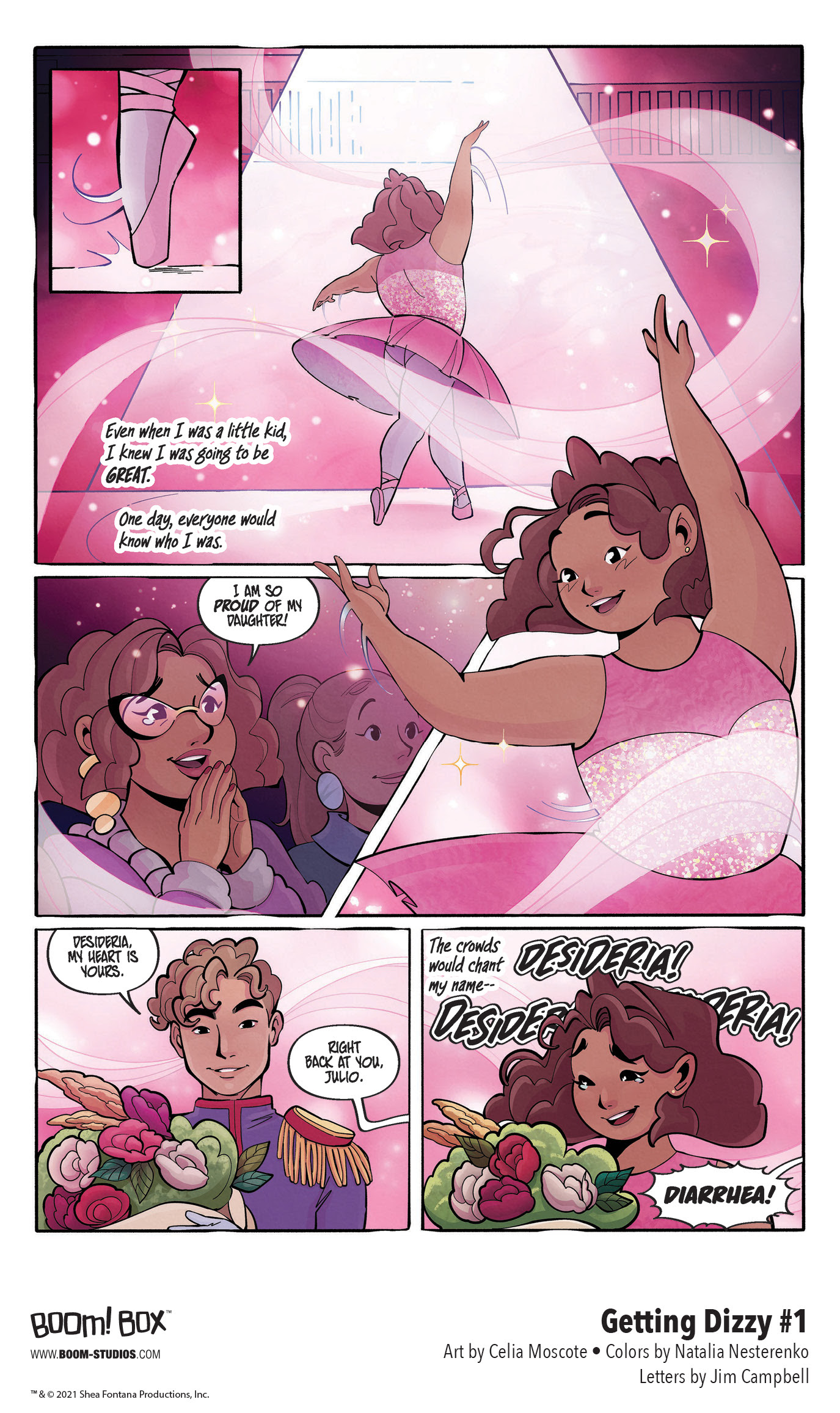 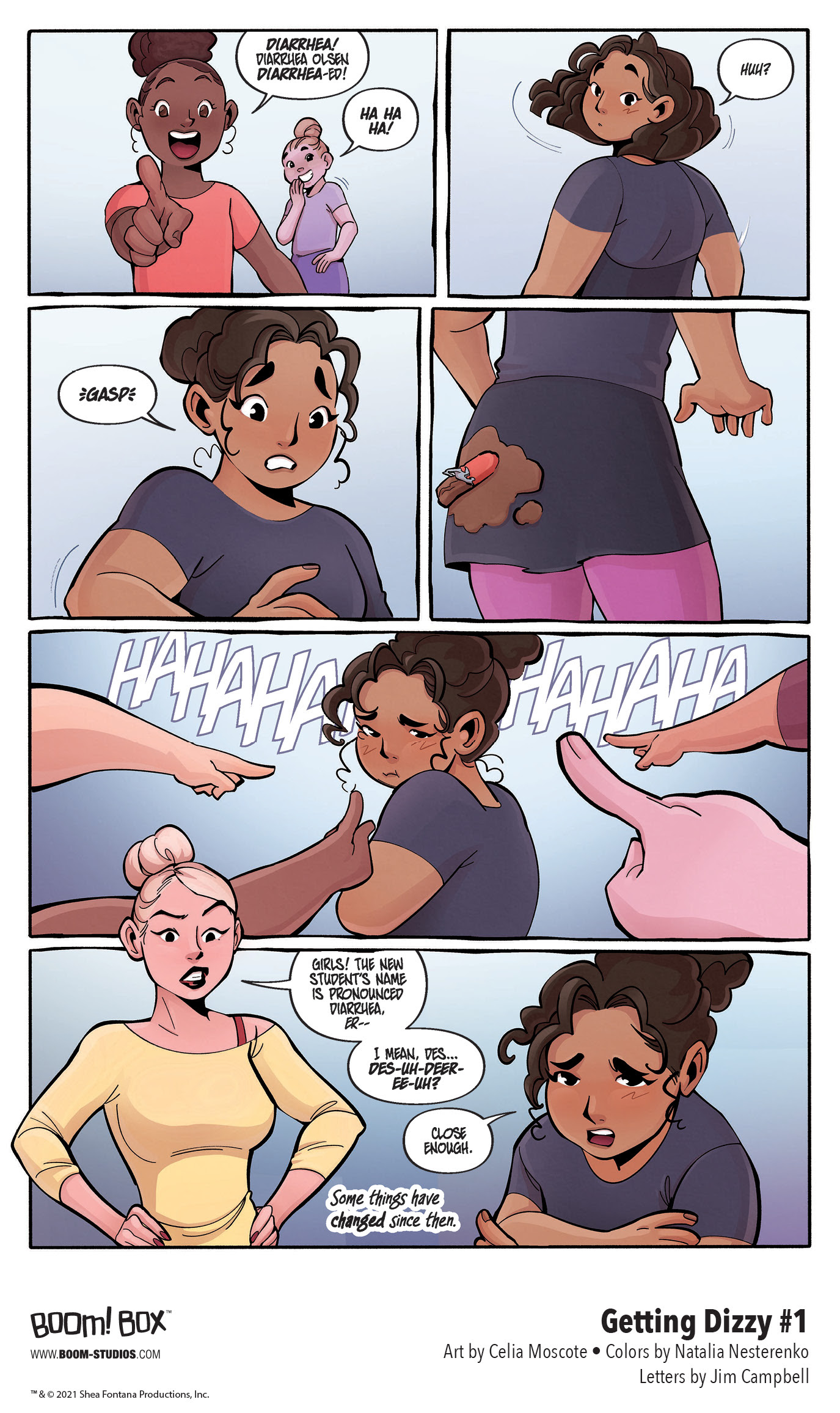 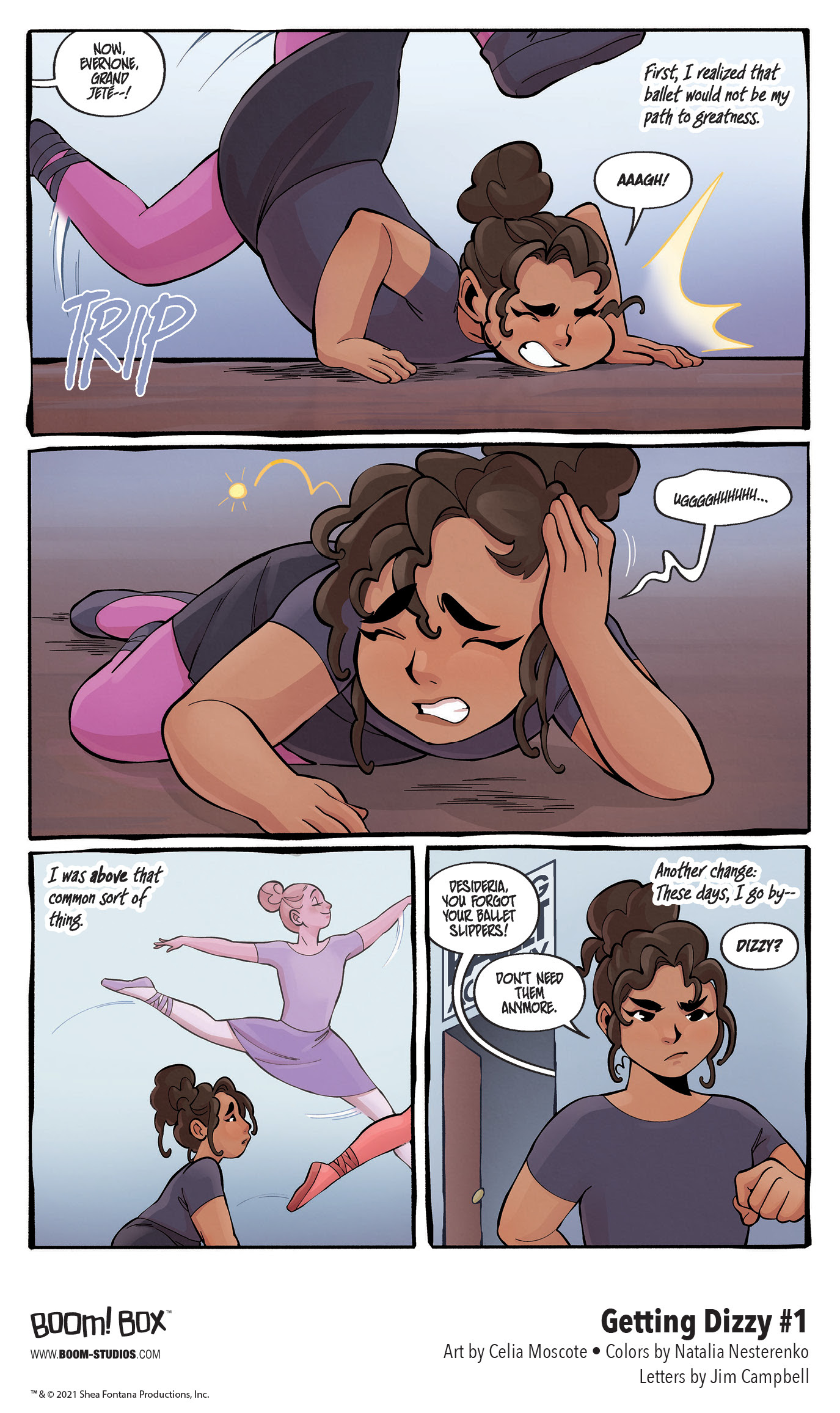 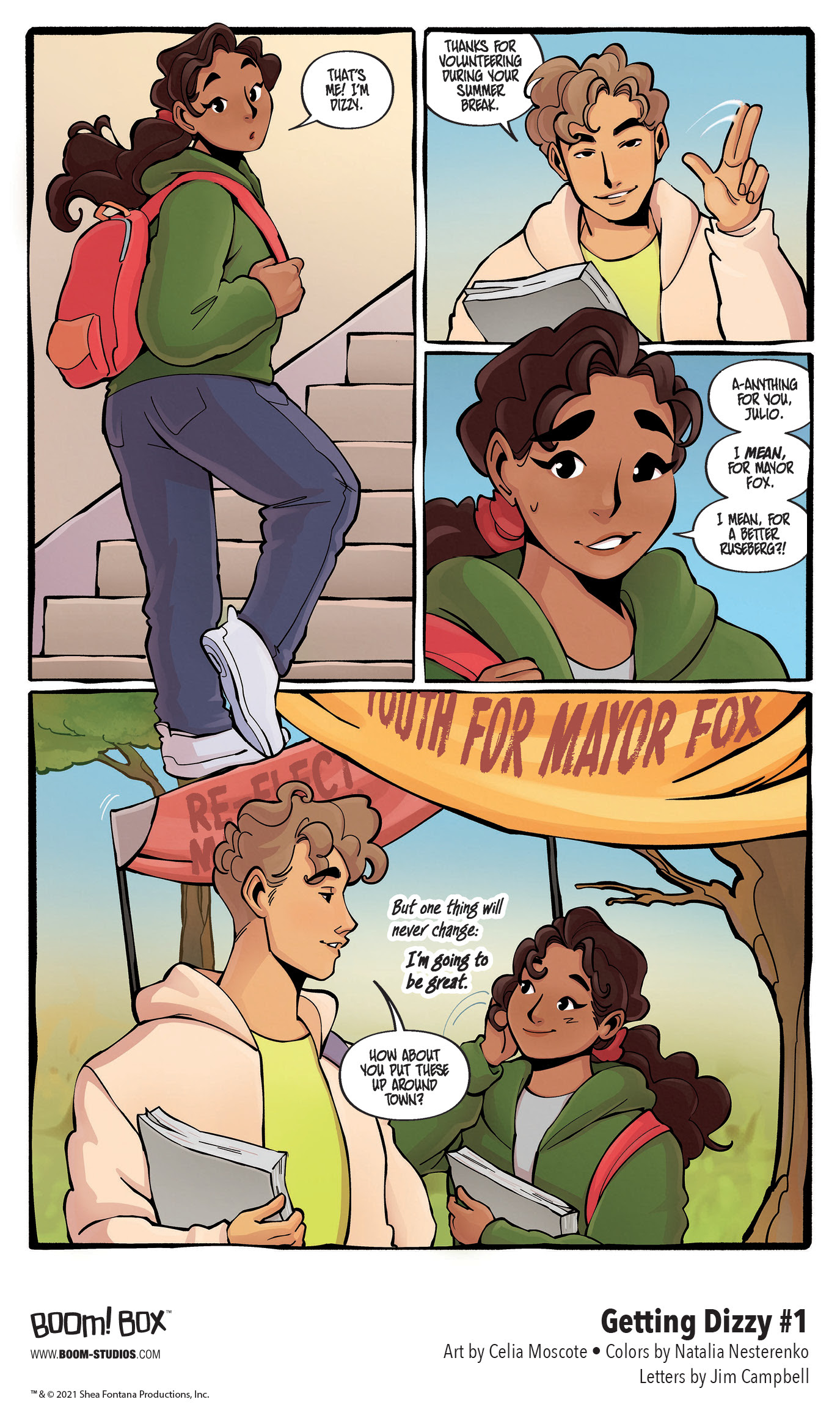